PJ was up before the sun to take Cali out for walk. The moon was setting over the far side of Cross Lake not far from where the sun had made its exit not too long ago. She huddled in the 51 degree chill to watch it sink behind the far shore as the sun made its new day’s appearance from the east.

It turned out to be another busy day in beautiful northern Maine. Our central plan for the day was taking PJ’s Aunt Martha out for lunch down in Caribou. But first, we took a little side trip around New Sweden. Our first stop was Thomas park named for the founder of the area. They have an amphitheater that PJ used to give another one of her famous lectures to the masses. It was well received and all that attended gave her a big round of applause.

Next, we paid a visit to the little Swedish museum down the road. After a few minutes of us perusing the display, a woman came out of the back room and introduced herself to me as Debbie. I said “my name’s Mike” and turned to introduce PJ and she goes “I know you”. It turns out that the volunteer curator is Uncle Clayton’s sister, Debbie. She and PJ had a mini reunion then she gave us a brief history of the family before we had to rush off to pick up Aunt Martha. 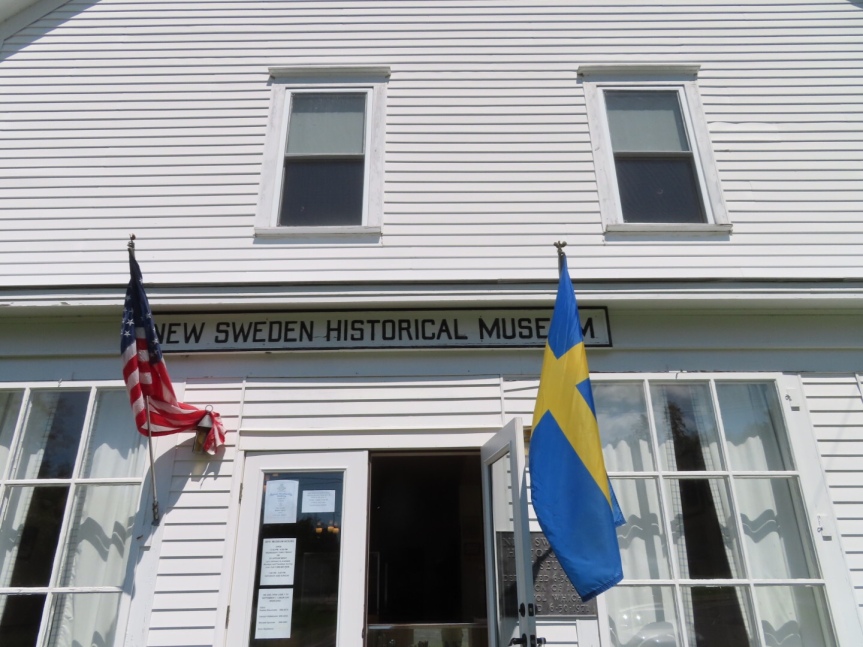 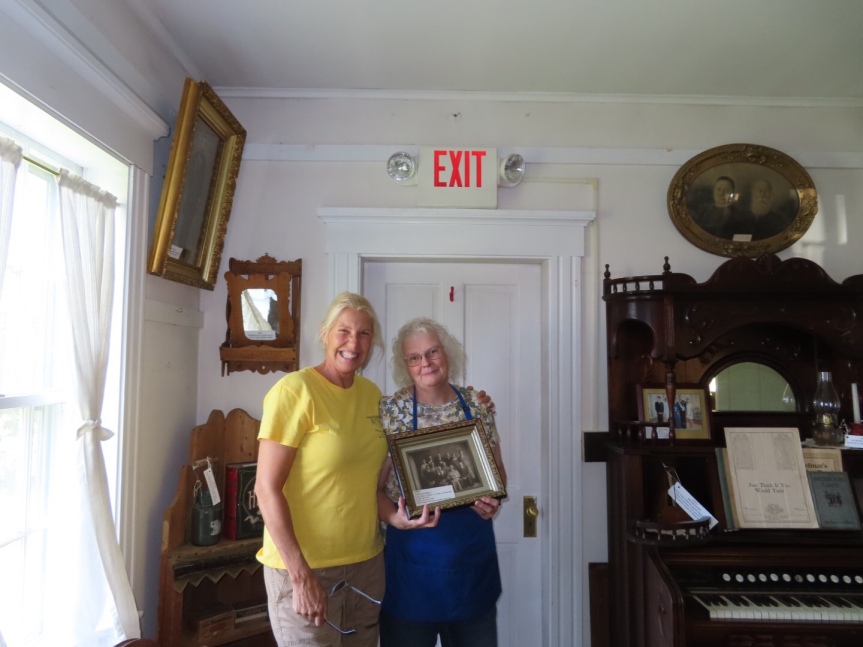 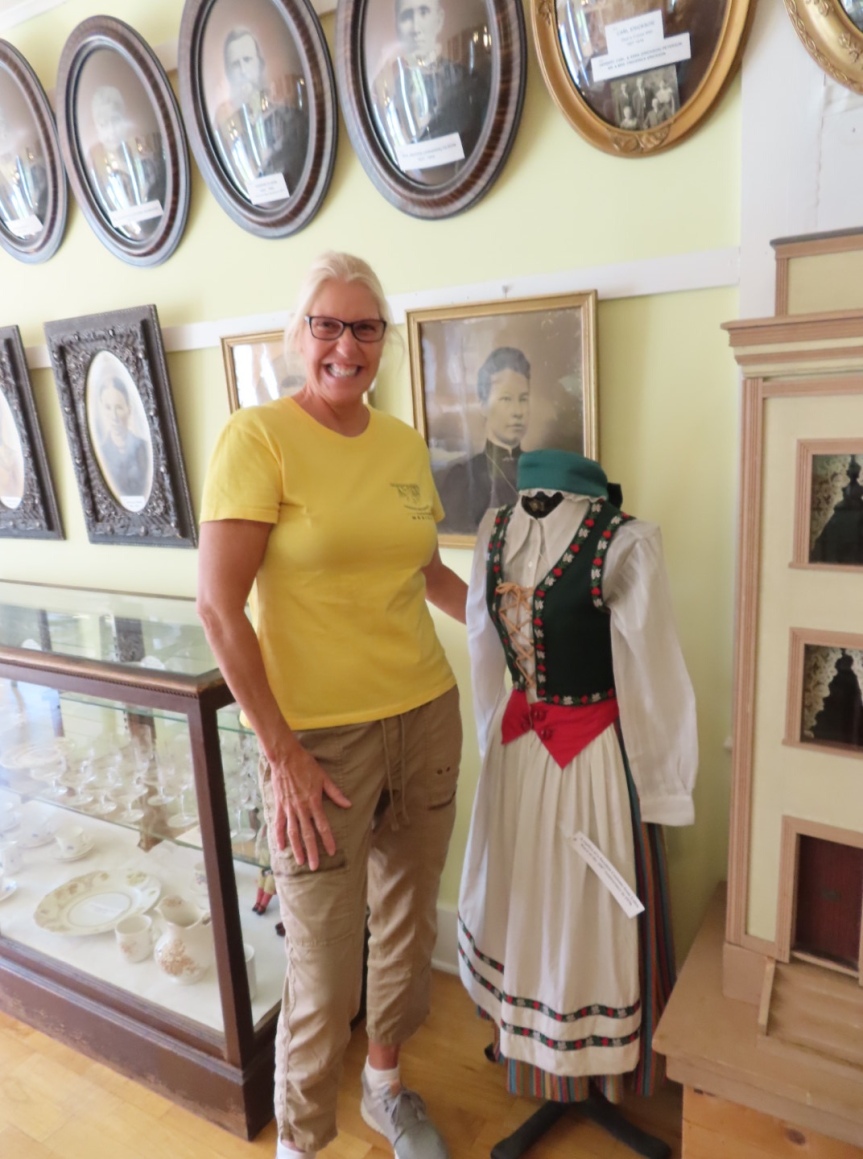 Aunt Martha was happy to see PJ and she and I got acquainted for first time. A lovely lady, she was dressed up and ready to go out for a nice meal. The first place we went had stopped serving lunch for the season, so we found a second option at Frederick’s just down the road. An old school diner style spot, we ordered up sandwiches and claimed the table for a leisurely meal and a long conversation. Martha has a quick wit and an easy sense of humor and the lunch was enjoyable and relaxing.

On the way back into central Caribou, we swung by the Mahoney Real Estate office where Uncle Graydon was busy working the phone. We sat for a visit and had a tour of the office. He seems at ease behind his big desk putting together deals on his latest real estate ventures. There are some good deals to be had in Aroostook County for those of you looking for a quiet place to settle down. We dropped Martha back at the house then we were deciding on our next move. 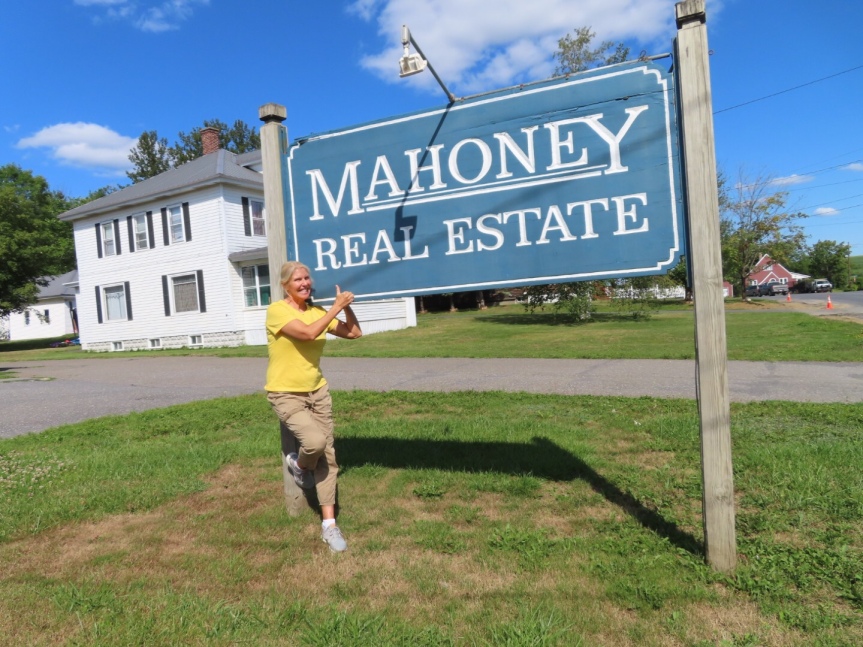 The rash from yesterday’s bee sting keeps growing larger, itching like mad and now one of the outer circles has developed a target like ring around it like a tick bite. I decided to hit the walk in clinic in Presque Isle and make sure there isn’t some type of allergic reaction. The visit was fairly painless and the young Doctor wasn’t too concerned. She said it had cellulitis and might be getting infected so she prescribed a course of antibiotics and Benadryl and sent me on my way.

The day had quickly gotten away from us and evening was coming on fast. We did some quick shopping in Caribou then on the way home, we stopped by the family farm where Pam’s father Pete had grown up and spent his formative years. The old place is still standing and I recognized it from an old black and white picture that PJ has framed and on the wall at the house in Carlsbad. There are other people living there now, so we surreptitiously slipped in a quick photo then drove a short way over to a grove of trees that Pete and his brother Graydon had planted over 50 years ago. PJ walked out into the now fully grown stand of trees and had a moment of quiet communion with her father. 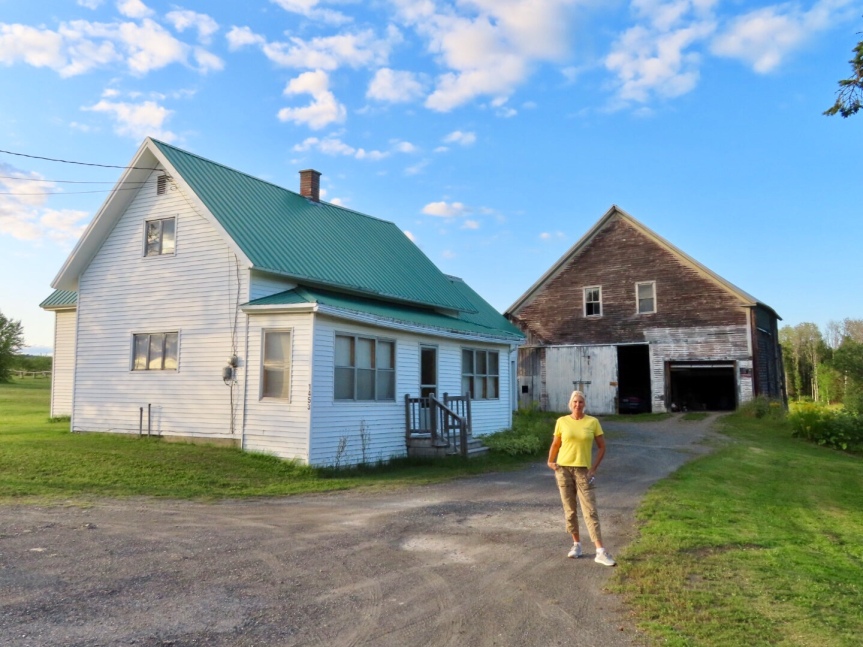 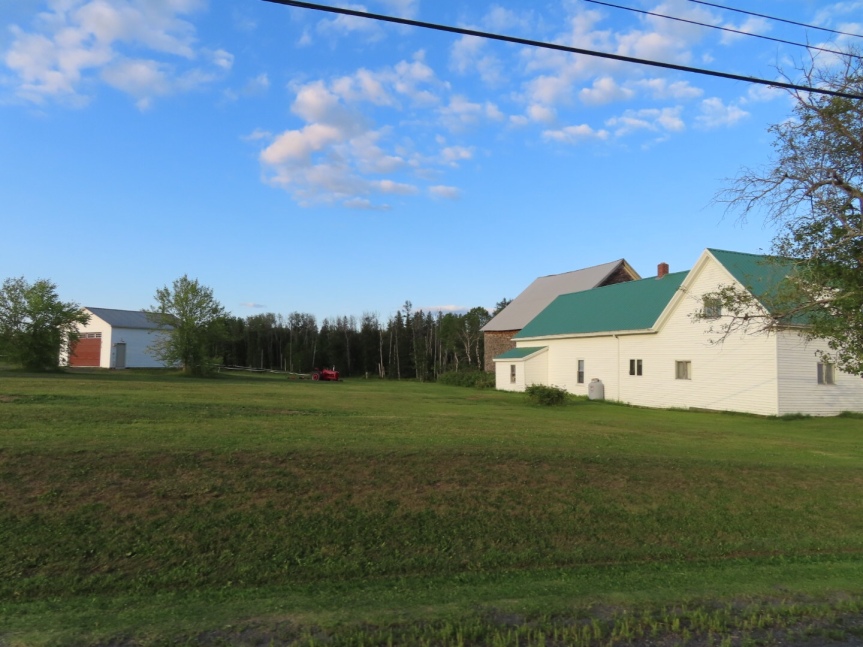 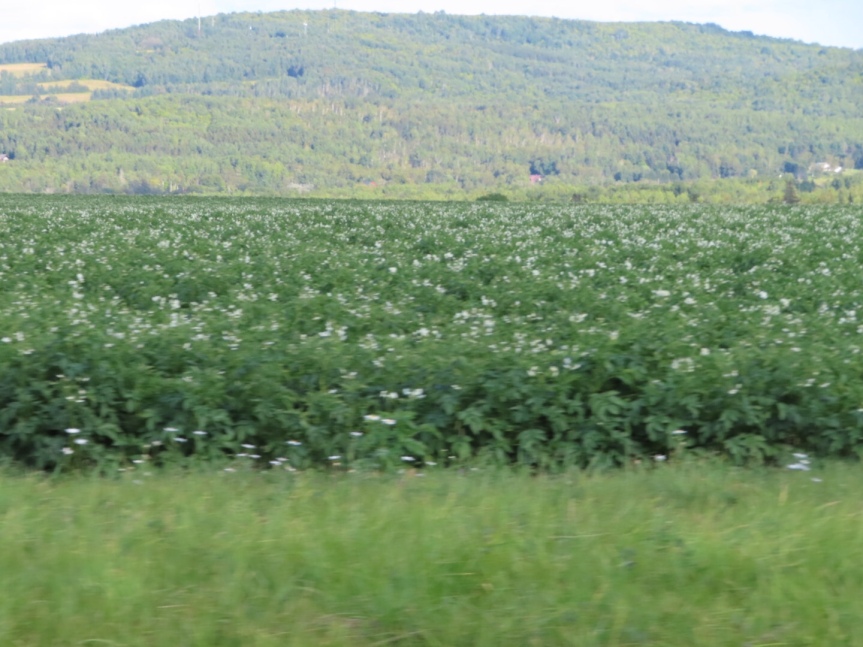 🎼 Those old potato fields back home 🎶 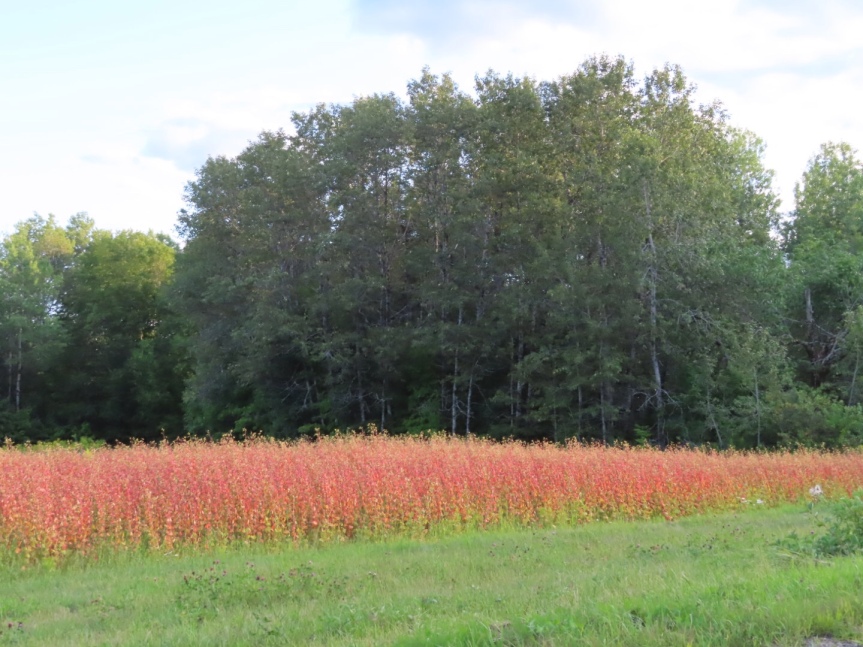 The sun was setting when we finally got back to Lance and Laura’s. He was tuning up the waverunner then he and I jumped into the aluminum outboard boat and did a quick spin out on the water as the sun melted into the lake. Laura had ignited the night’s bonfire and we all sat around the flames grilling hot dogs and talking about whatever came to mind. A marvelous full moon night on the lake.

We walked out on the dock to get a better view of the moon, then Lance ran in and got his telescope and we stood out on the dock and checked out the moon. Then he focused in on Jupiter where we could see a few its little moons then we swung it around to Saturn and although the image was tiny, we could clearly see the ring. Pretty awesome stuff. 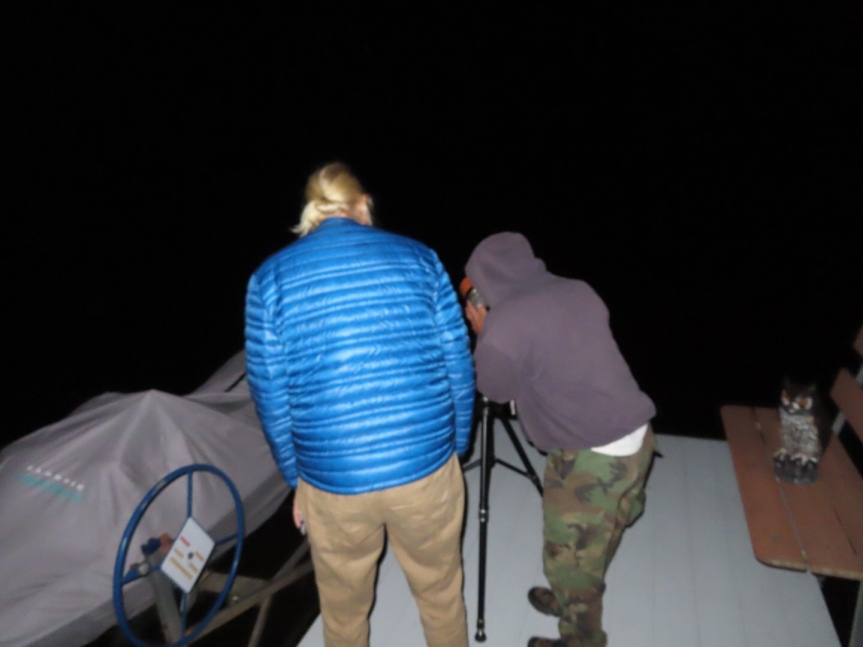 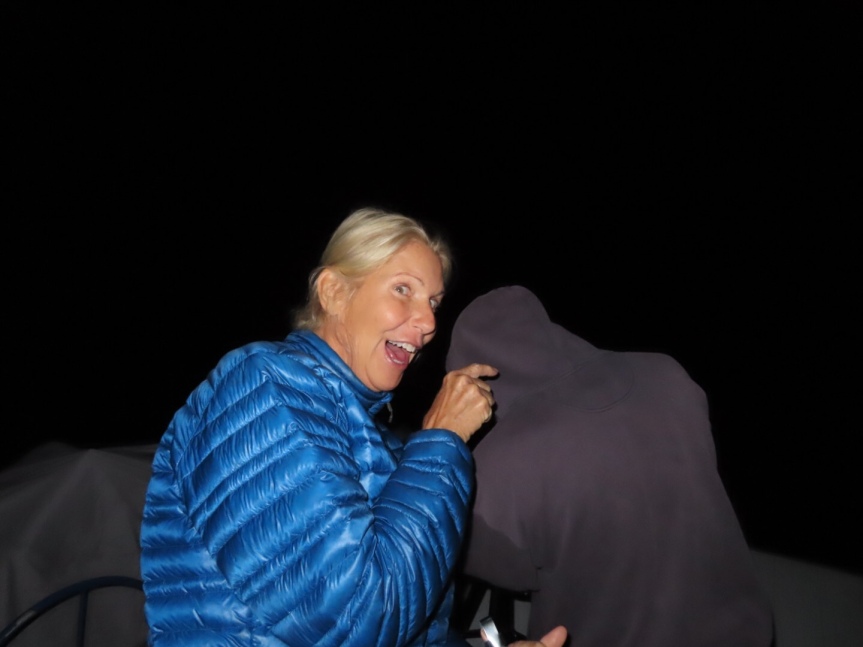 One thought on “Moonlight in Maine”