We reluctantly left our cozy nook in the woods at Kouchibouguac and had a windy, swervy few hours driving down the road to Campbellton. It was a white knuckle road experience keeping me from watching the landscape passing by. I had forgotten to close the side compartment where I keep the plumbing goods and hoses. My pressure regulator for the hose had jumped out on the drive. Luckily, the gas station where I discovered it was right next door to an RV dealer, so I was able to replace it on the spot. What are the odds?

Campbellton is a quaint older town sitting on the banks of the Restigouche River. It’s known for its famous fly fishing and the bridge that passes over to Quebec. We pulled into our campground, an open lot with grass spaces. There are very few guests so it is nice with lots of elbow room. There is a river walk that passes directly in front of the camp and we have super fast internet.

We spent most of our time on domestic chores and business. There were loads of laundry and RV upkeep. I cleaned out the burners on the refrigerator andthe heater then cleaned out the filter on the A/C. There were some items needing fixing like the trim on the slide out and the valance that I always bump into getting out of bed so I reaffixed those more strongly. Checked the motor, aired the tires and rear air suspension and just generally looked things over. Lots of internet time while it’s working. Researched and booked sites out for the next several stops until Sault Ste Marie. 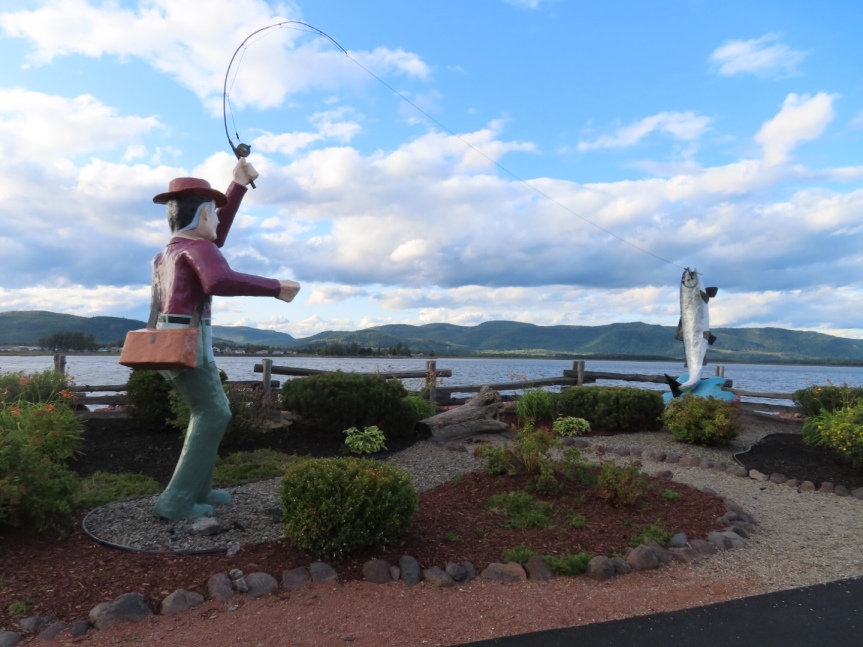 Friday warmed up nicely in the afternoon, so we rode our bikes down the river walk then into town to have a peek around. Not much to it. Just an old downtown with some cool brick buildings and old homes. We swung back around to the RV park and later in the evening the river grew calm and glassy so I grabbed the paddle board and hit the water. 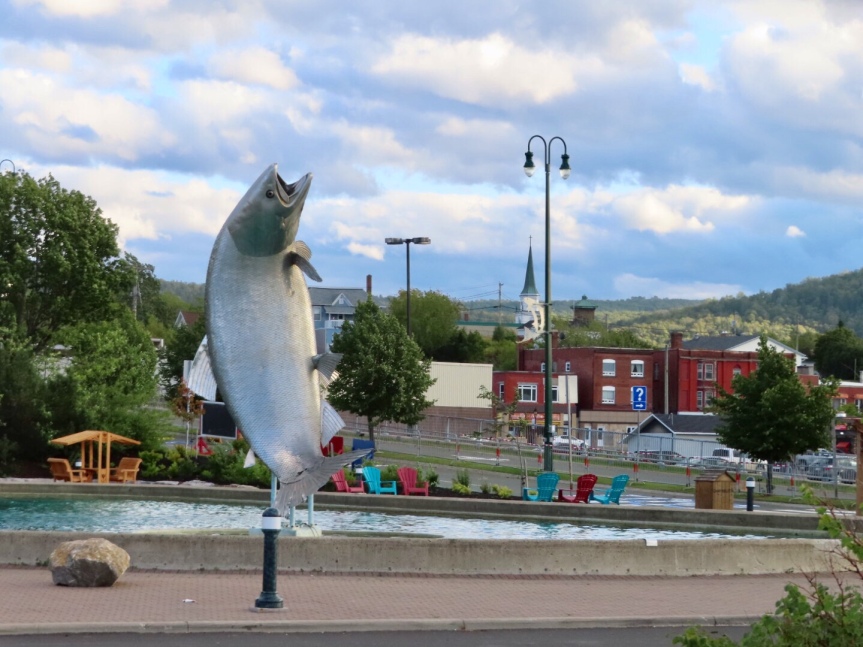 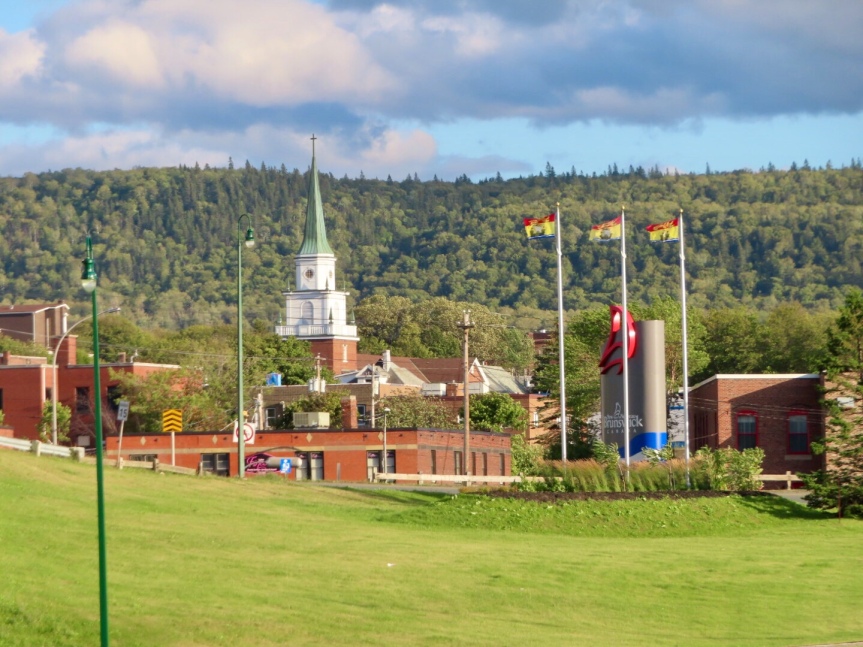 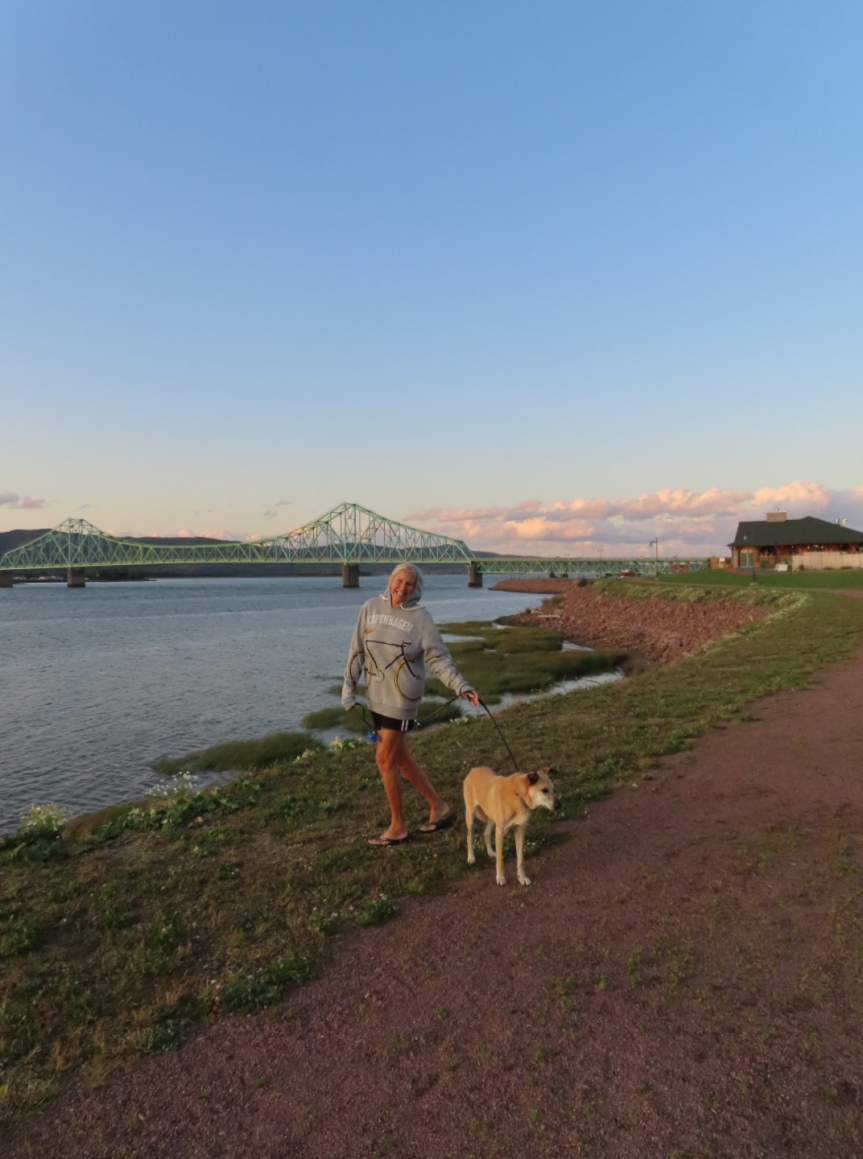 I paddled past the fisherman at the landing and headed out to the middle and under the picturesque green bridge that is the highlight of the area. I felt pretty small next to the big foundation blocks at the base. I went as far as the giant fish statue then paddled for home to beat the oncoming darkness. An awesome paddle. A swarm of skeeters was waiting for me at the beach. The fishermen joked with me a bit then I rejoined the family and we watched the sun fall behind the lush green hills to the west. 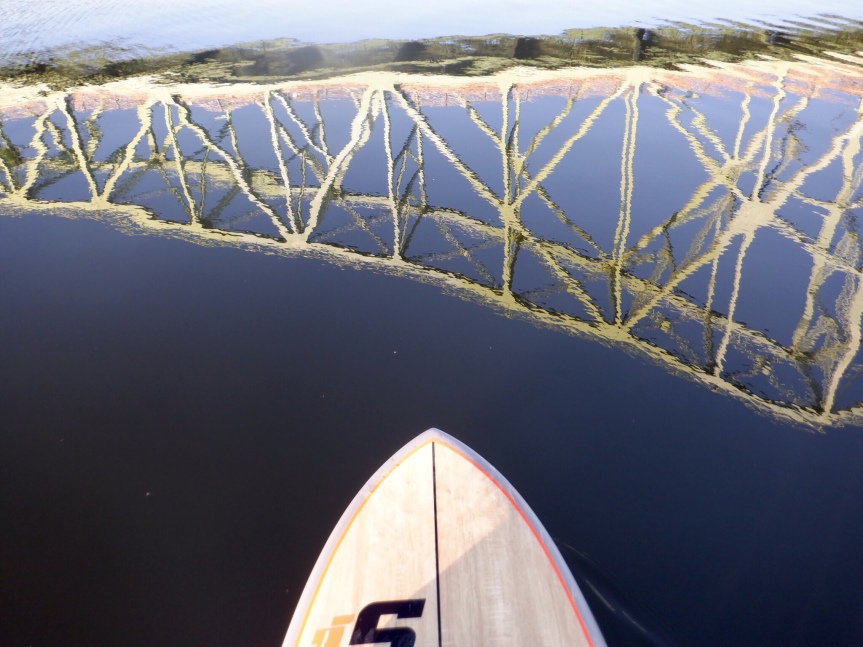