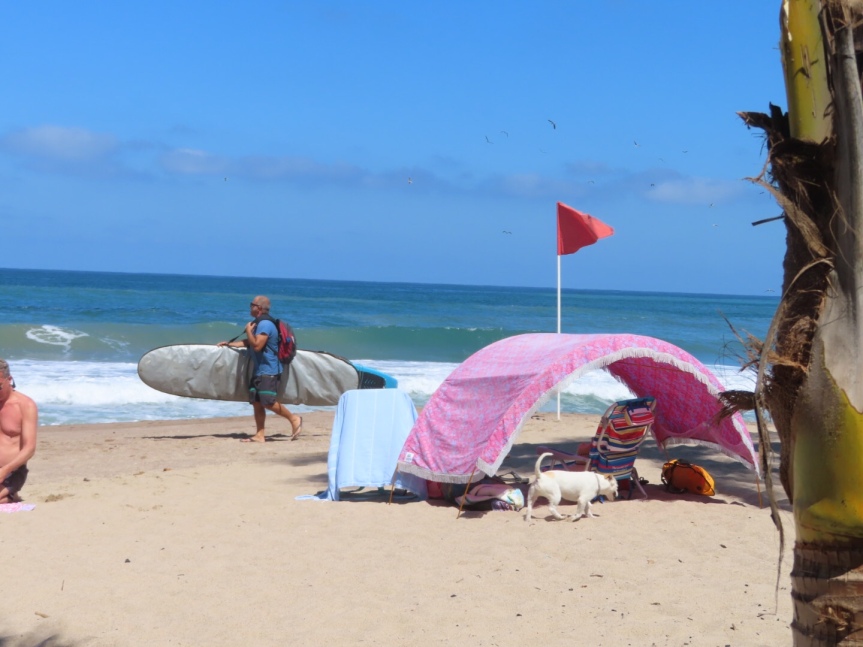 The laundry has been piling up since Santa Cruz. I keep putting it off but this morning I stuffed it all into an extra large pillow case and ferried it into town on the front of the bike. I dropped it off with Pinita in their store front laundromat and it’ll be ready tonight. There was a little gringo bakery a few doors down with upscale breads and cinnamon rolls. I picked up a small baguette and an overpriced roll then continued down the block to the big souvenir shop on the corner across from the square where I bought a clean t-shirt to wear to the happy hour this afternoon. 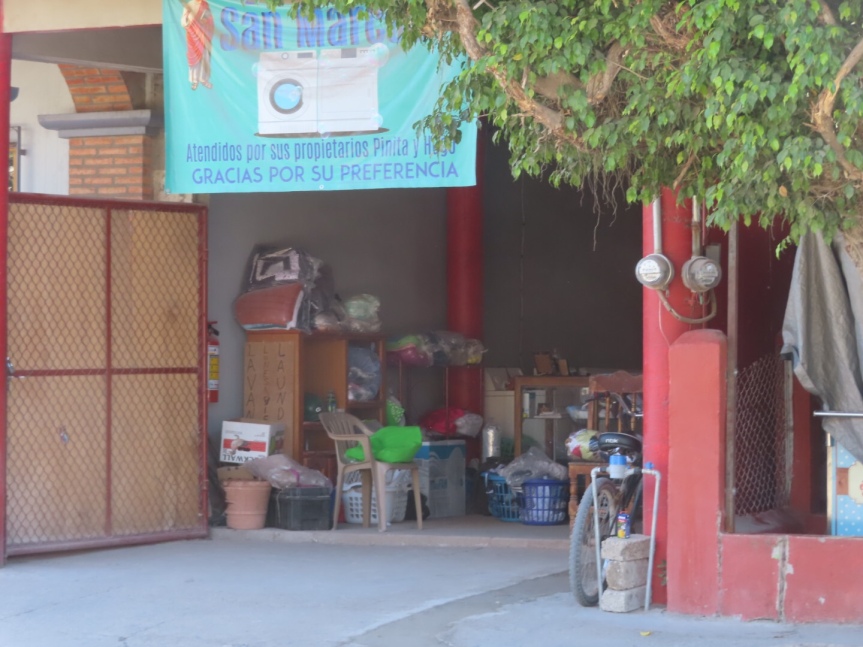 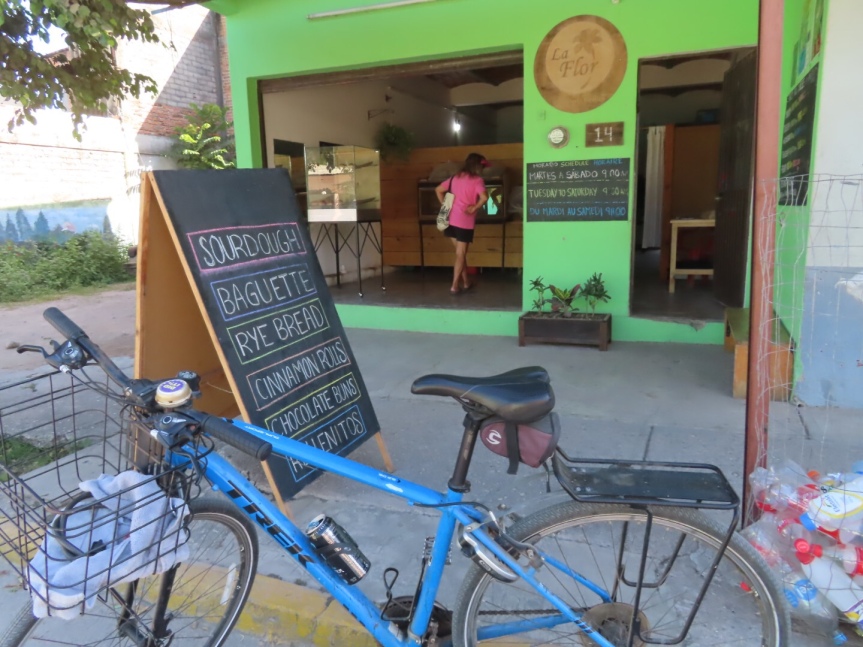 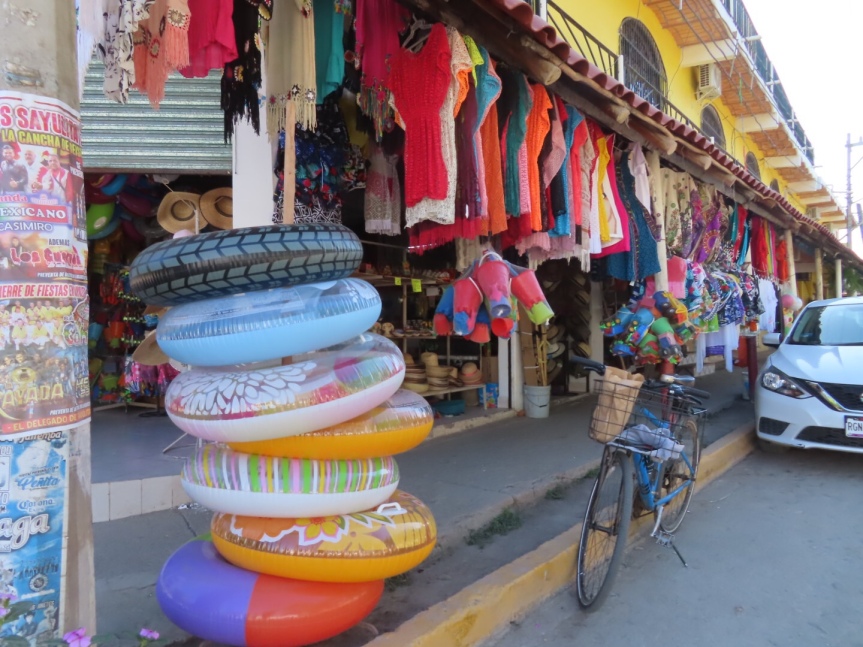 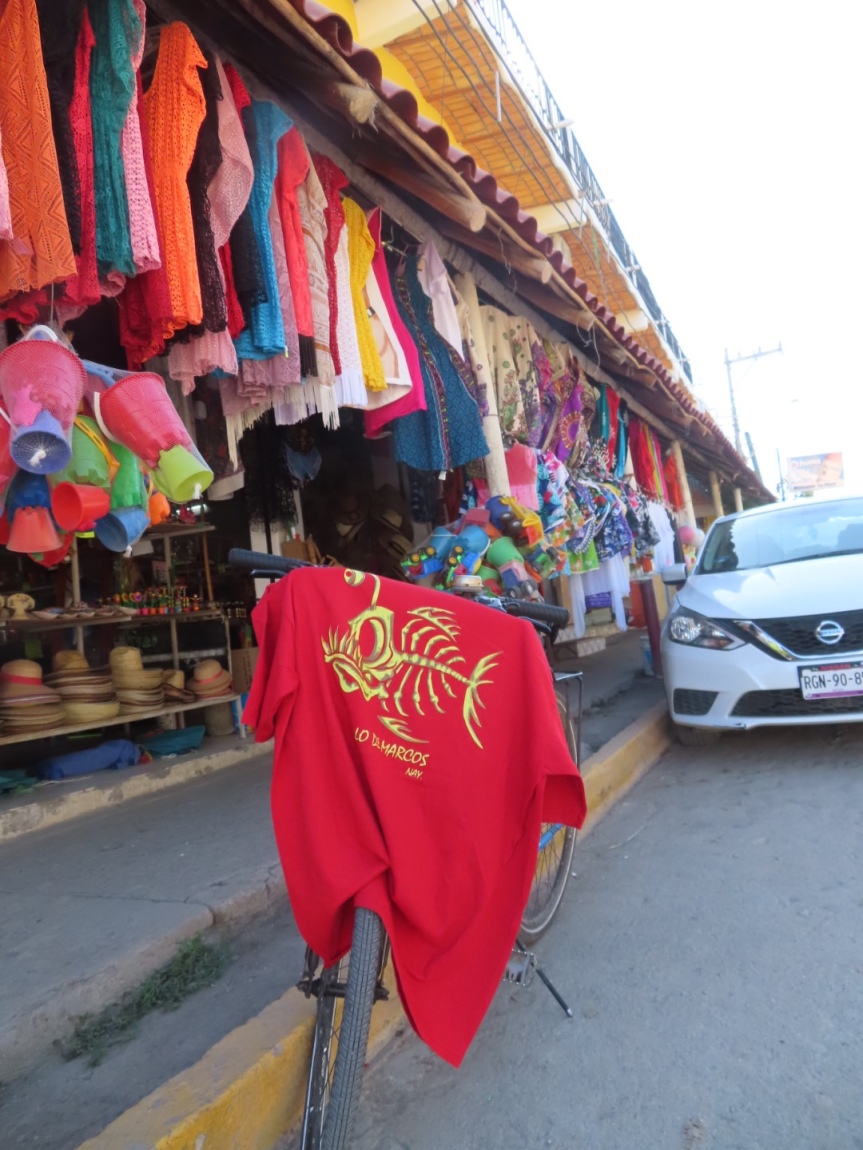 After stashing my bike, I went over to Roger’s and we got to chopping up some fixin’s for ceviche. Or should I say, Roger got to slicing and dicing. I basically watched and shared what little I know about making ceviche. His wife, Michelle, joined in and soon a big tupper of shrimp and dorado ceviche came to life. Looks good enough to eat! 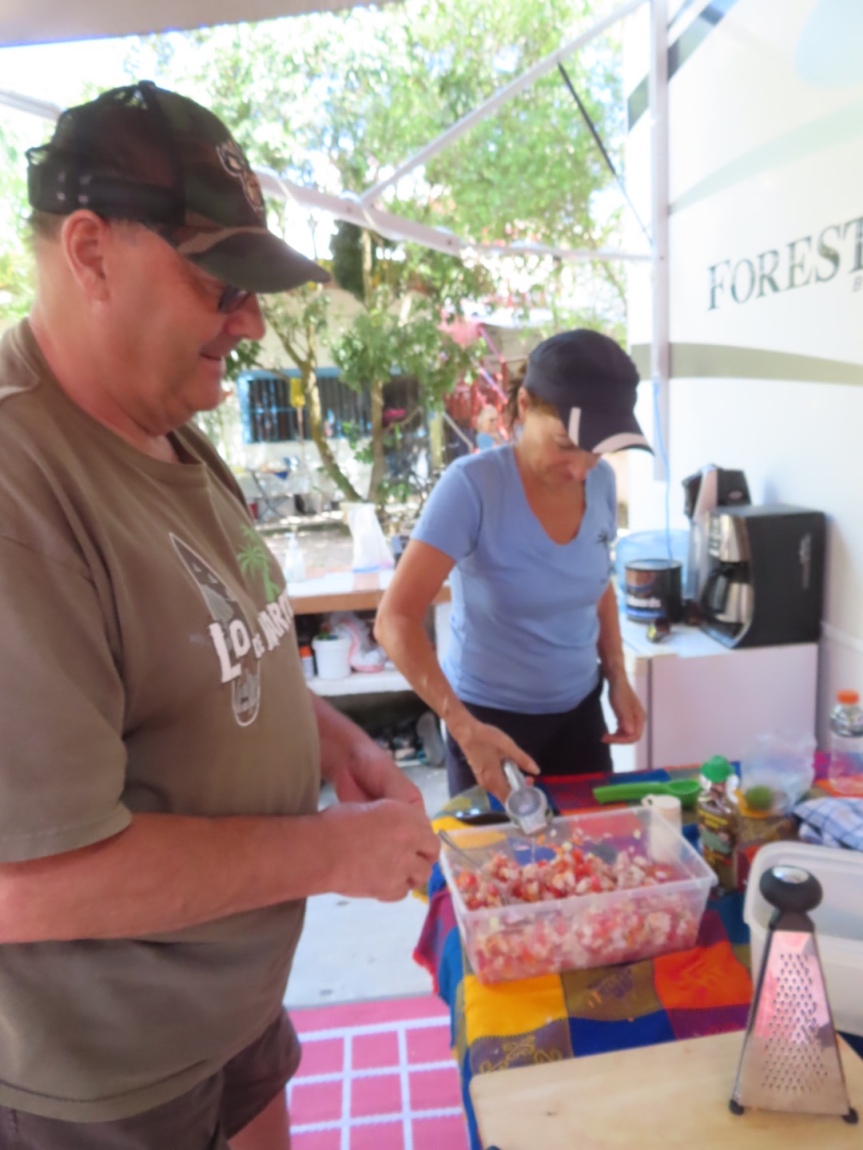 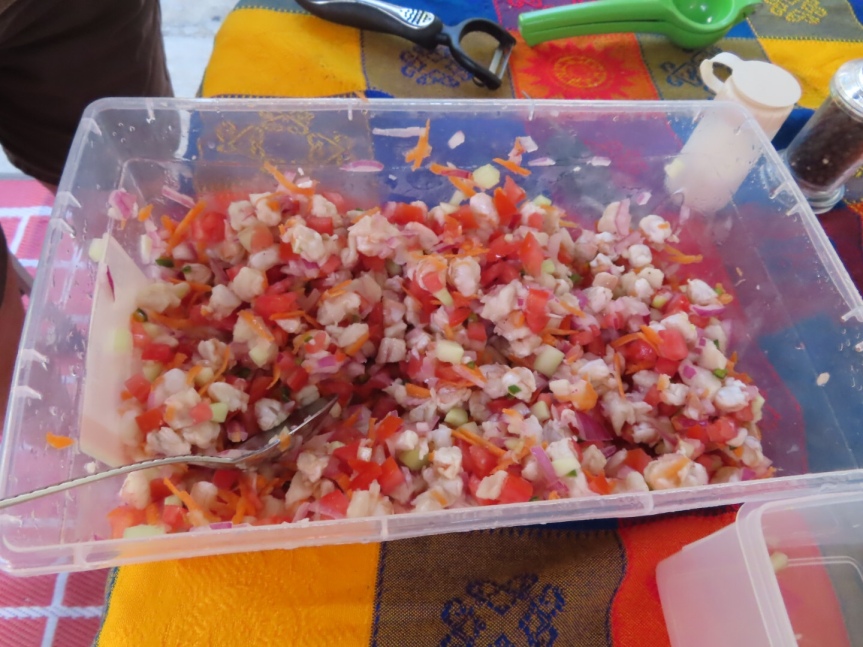 It was an afternoon for the beach. Waves were still rolling in and lots of snowbirds were out enjoying the warm afternoon. I did some body surfing and lounging in my chair kibitzing with Moss, Juan and Roger. I did a bit of house cleaning. The sinks, toilet and shower had gotten about as gross as I could stand, which is pretty gross, so I got out some soft scrub and got them all as sparkly as they can get then showered up and met the crew at Roger’s to walk over to Lindsey and Trish’s. 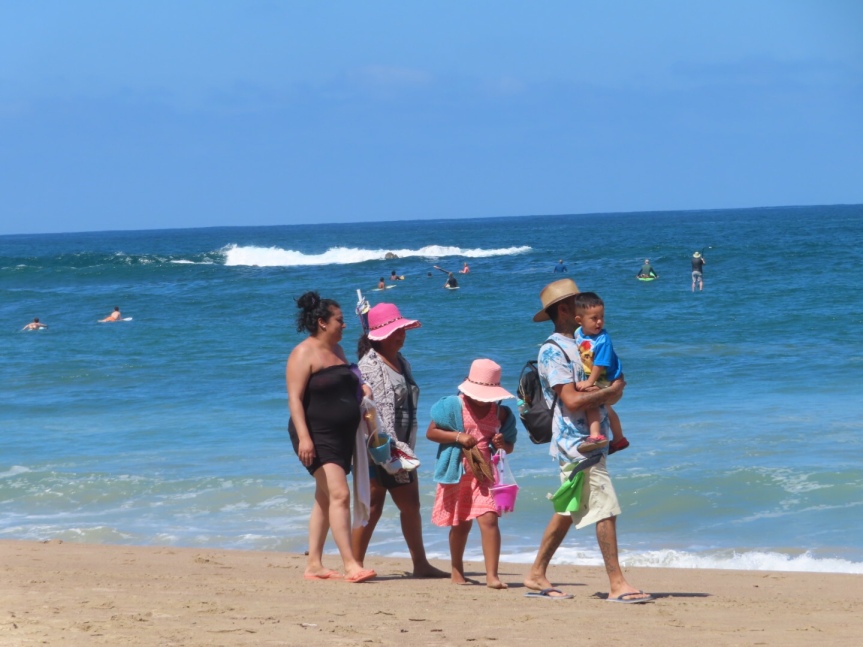 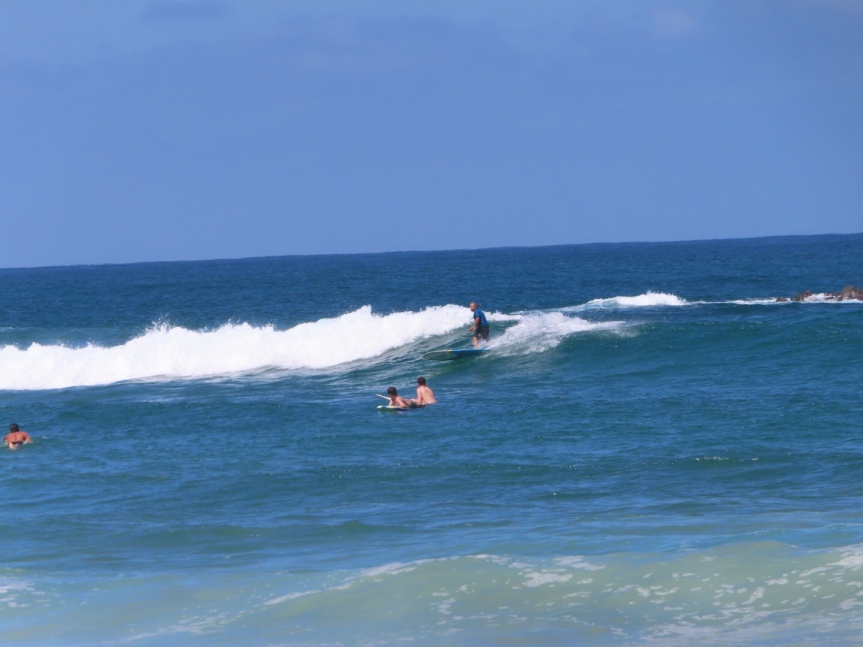 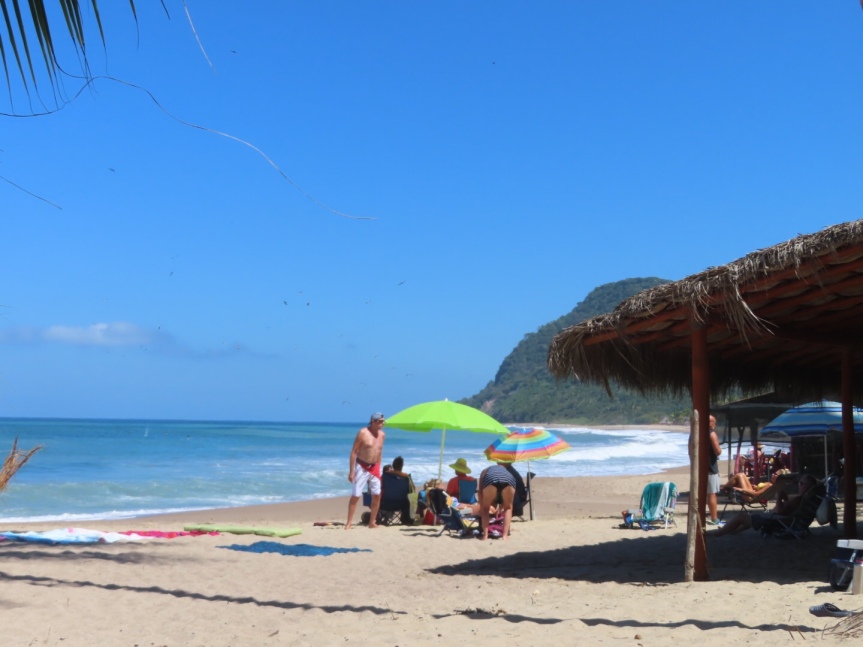 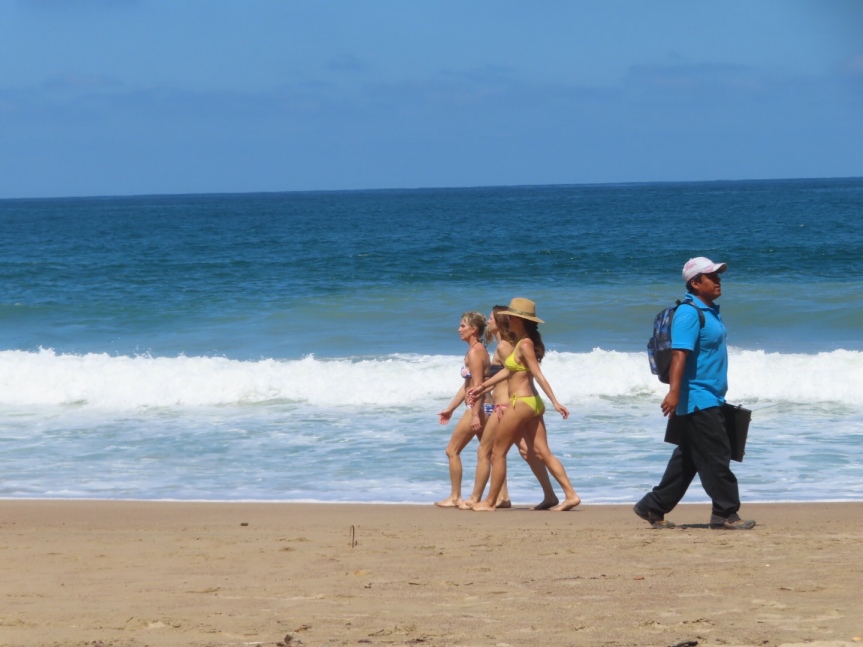 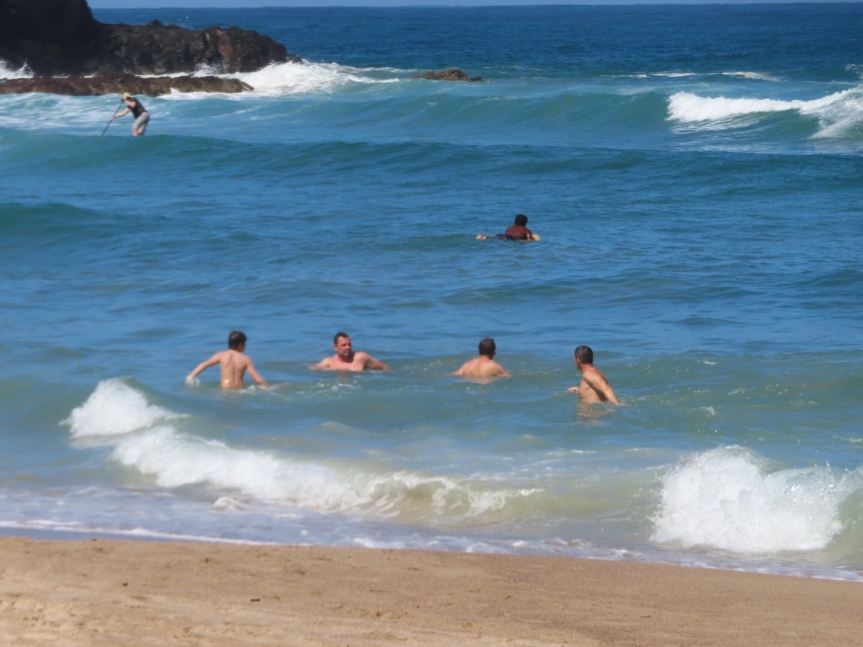 They have a rally sweet house they are renting right in town. It’s one of those ones that you’d never know existed by looking at the metal door from out on the street. They put out a spread of canapés and snacks while we all sat around getting acquainted. Mostly Canadians, but Sue and Lou were there to represent California along with me. We went to the third floor and checked out the view over Lo de Marcos and to the mountains beyond. 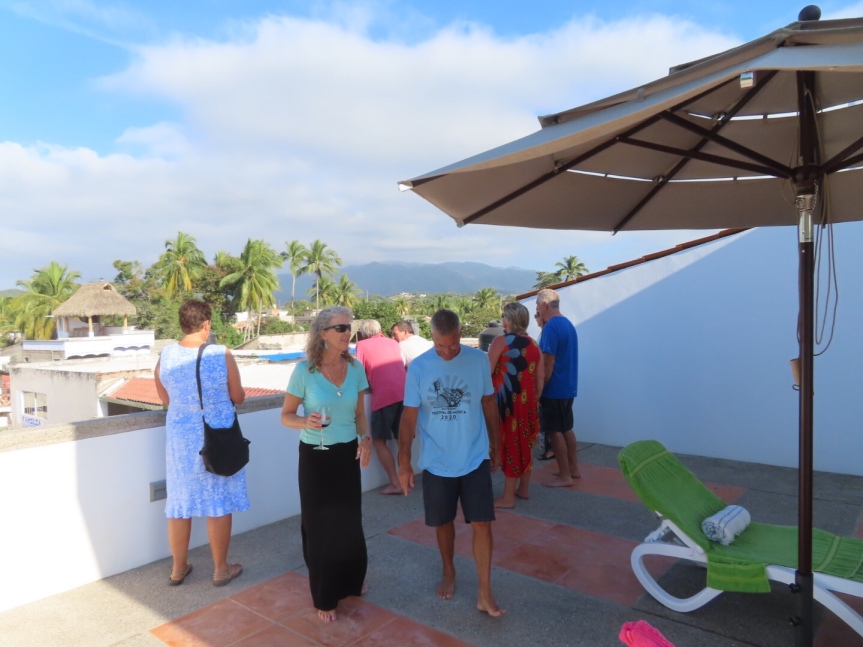 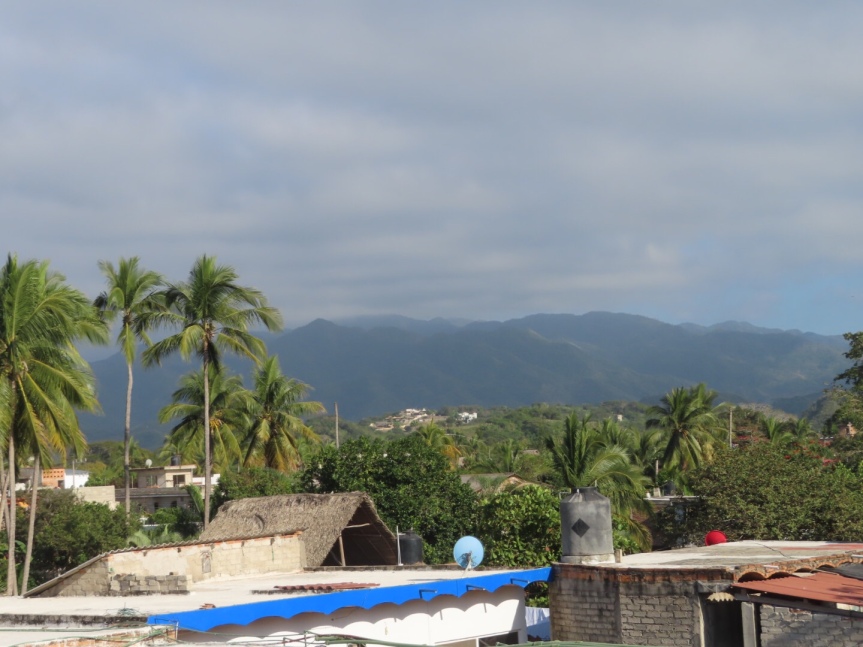 The chairs were set in a rough oval and everyone engaged in the various conversations that popped up. There was about a dozen of us ex-pats gathered for the soirée. It was a nice afternoon and we talked into the evening then I said goodbyes and raced off to see if the laundry was still open. Got my clothes then stopped at the ice cream store and sat out on a street chair eating a paleta and watching the world go by. Nice day getting out of my solo mode and going social for a few hours. 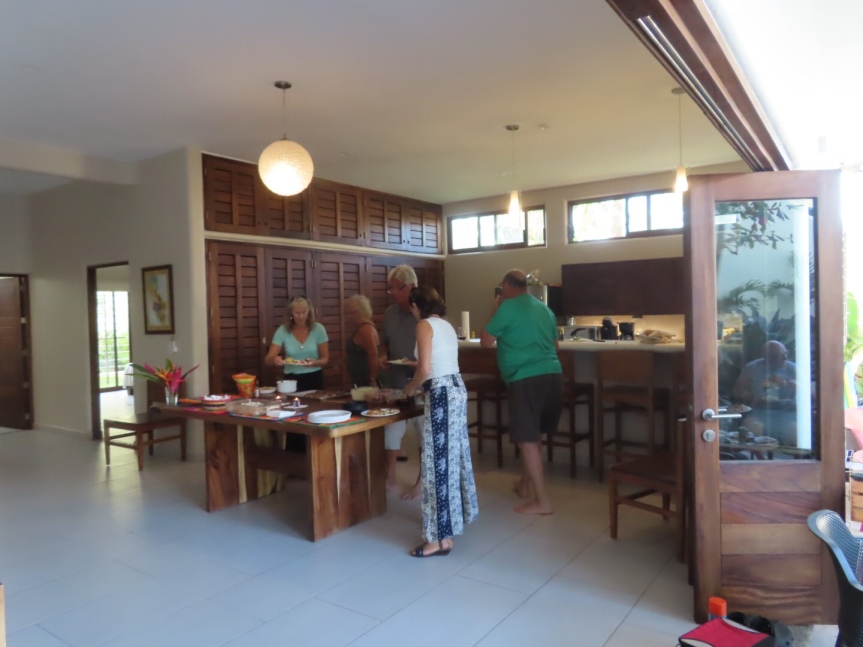 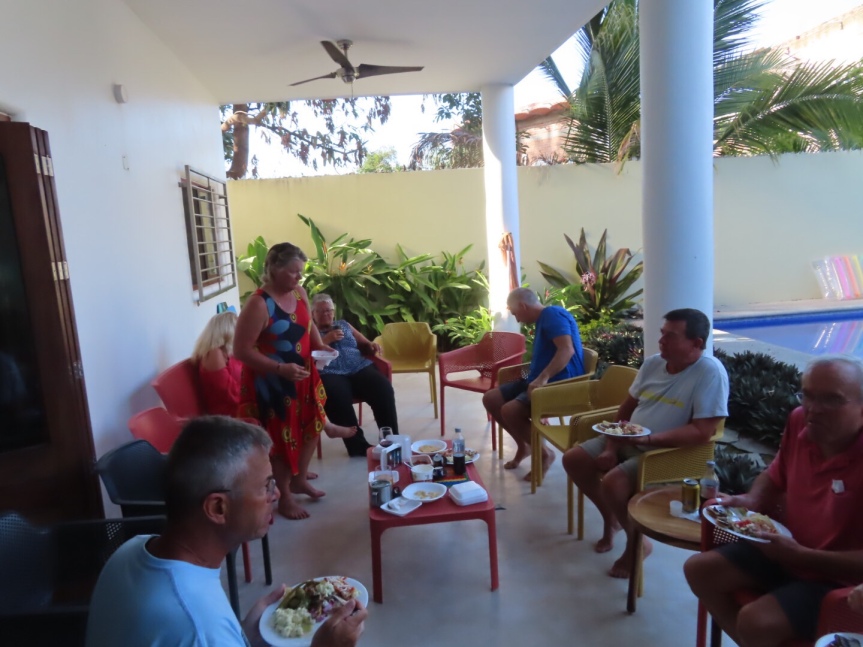