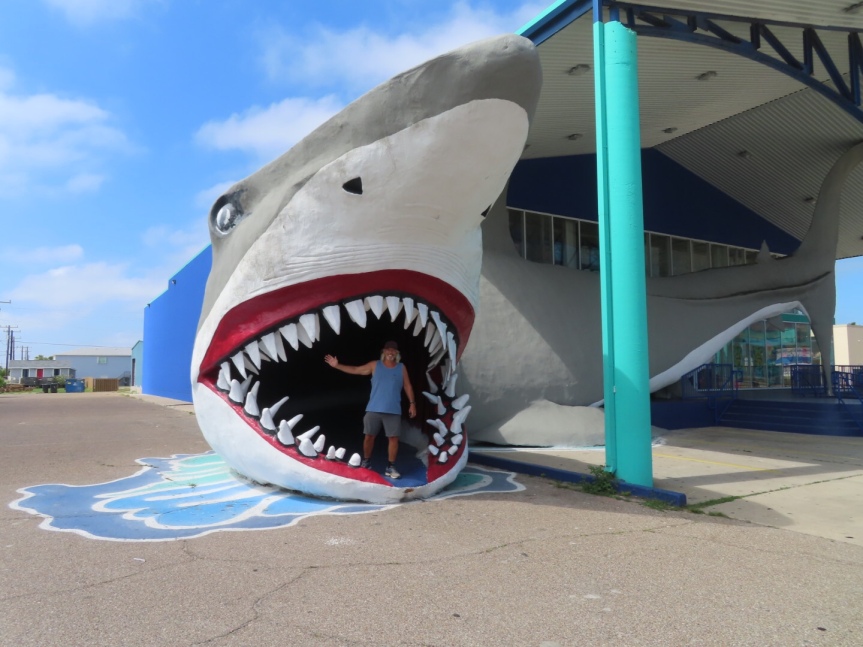 I’m taking a rest day after yesterday’s exit from Mexico. I took it easy around camp all morning, doing some writing and relaxing on my little concrete patio. I took a walk down the breezy beach towards the east. There were a few people out and about but not too many. Lots of people doing solo activities like cycling or fishing with a few families releases their energetic kids. Any thoughts of paddling or swimming evaporated on the blowing wind that was beaching the hapless man o’ wars that were sailing across the gulf. 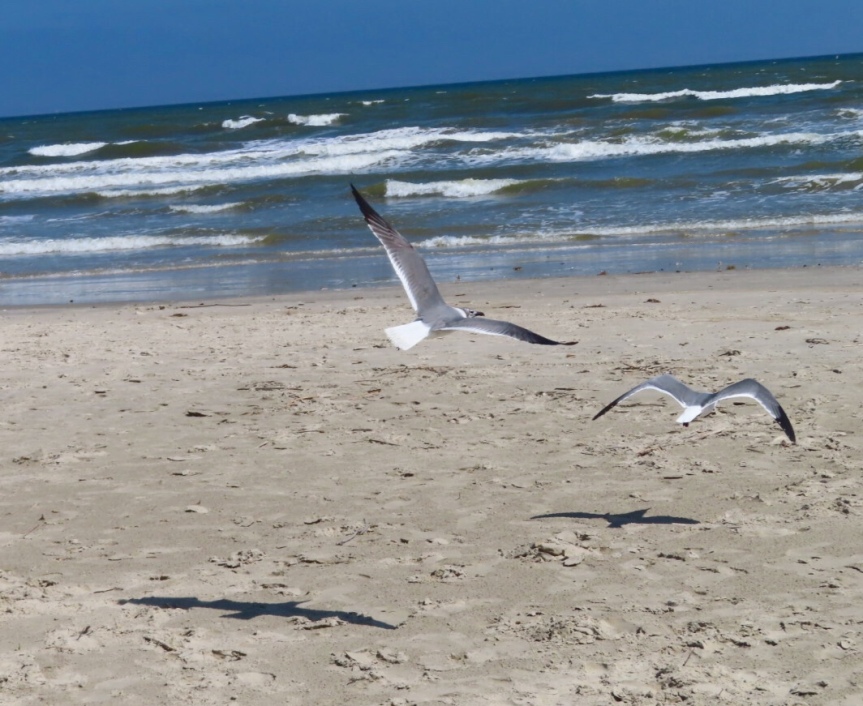 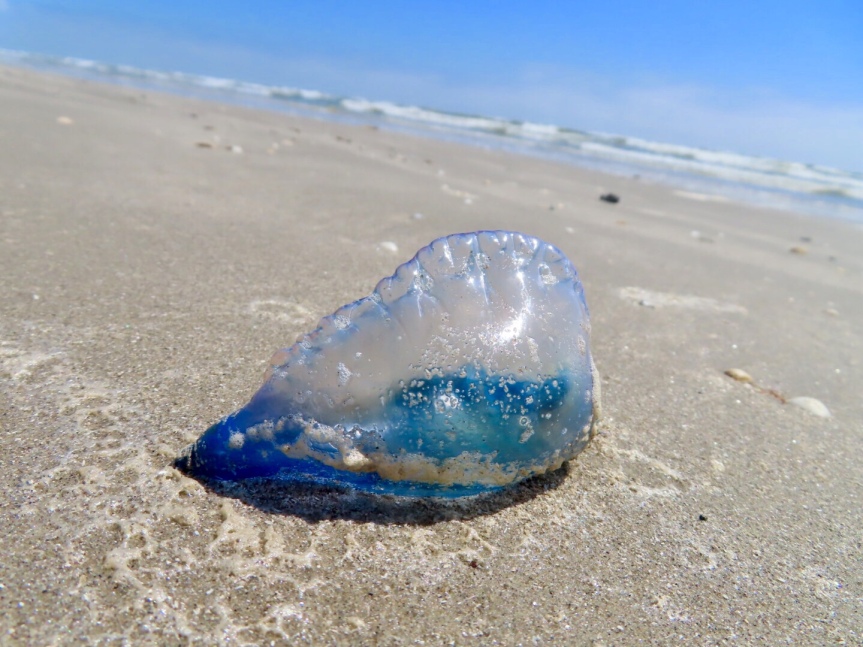 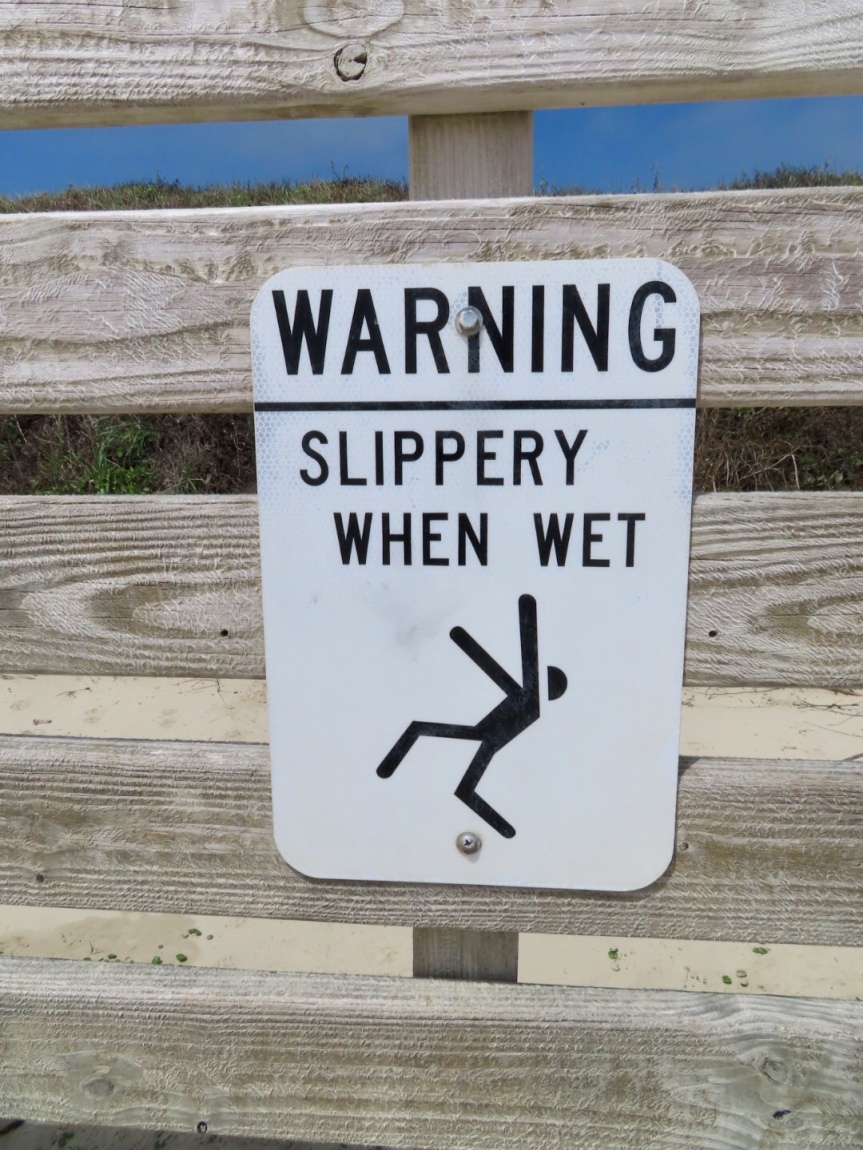 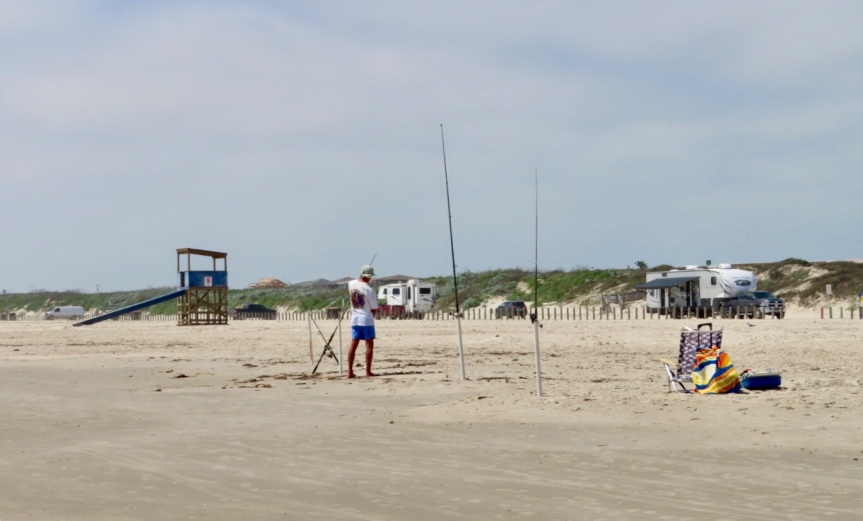 In the afternoon, I rode my bike into town to grab a few needed things from the hardware store. I picked up a new door latch at the RV store along the way. The downtown was pretty dead. A few businesses were open and many restaurants advertised take out only. I rolled down past the candy shops and tourist emporiums where no one was to be seen. I bought some shrimp at the fish market to sauté up for dinner then pedaled down to the pier. 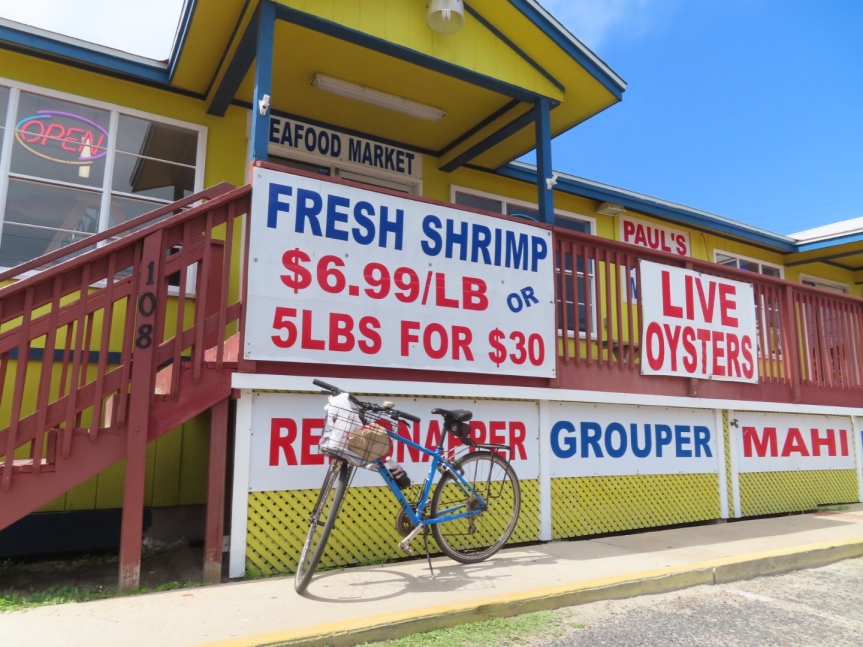 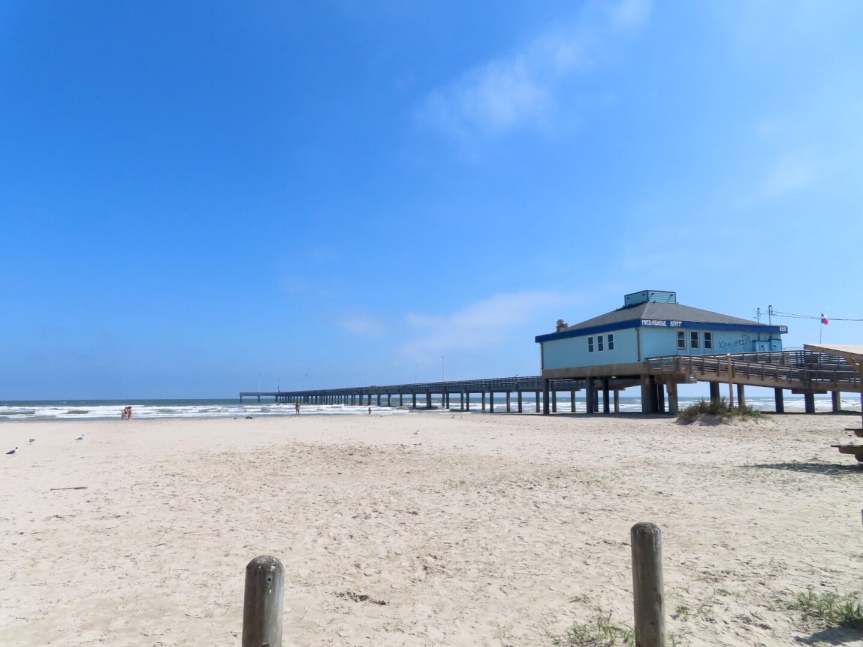 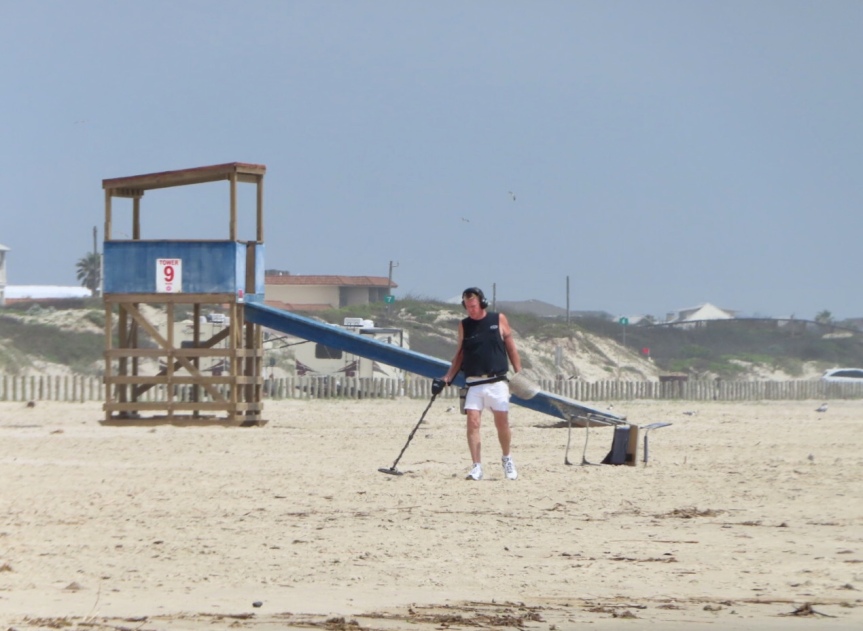 There were a few hearty surfers making the most of the frothy dribblers crumbling in next to the pier. The wind had covered the beach road with a dusty coating of sand making cycling difficult along the normally hard packed strand. I was getting sideways and drifting on my thin tires. I thought about pounding my way down to the jetties but the sun was beating down on my shrimp so I made a hasty retreat to the RV. 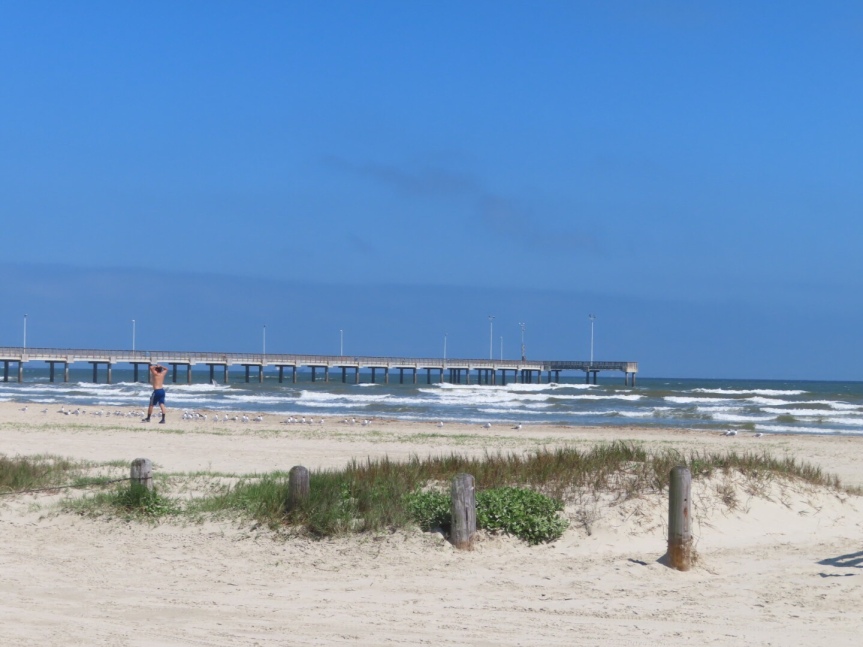 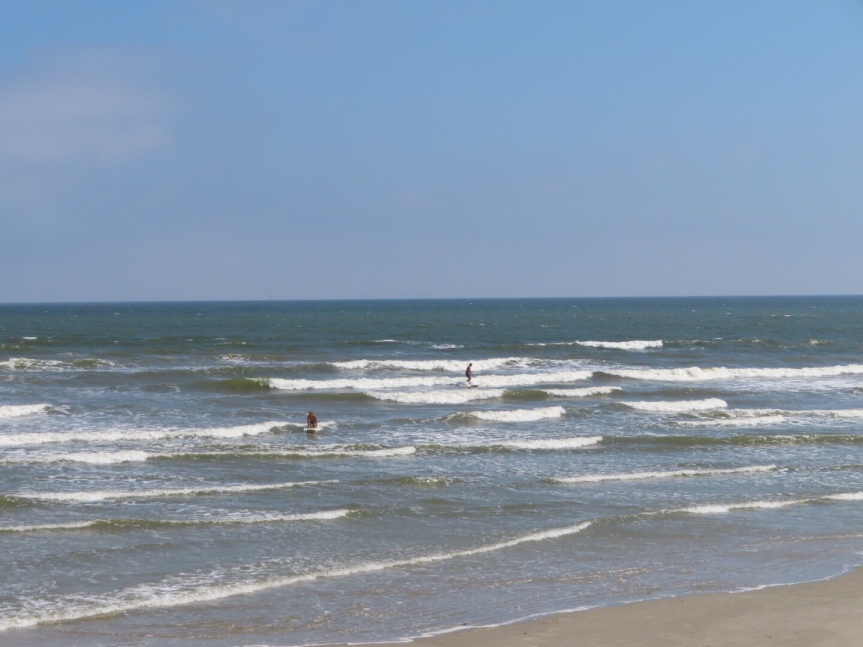 An easy afternoon just being lazy with the hound at camp. I attempted to change the screen door latch but the new part was the same, it was lacking a groove in the back to allow to lay flat on the door so I pedaled back over to ACRV and returned it. I took a foray out to the beach at sunset to see what I could see. Strong wind was sending threads of sand across the surface of the beach in sinuous patterns. A trio of leftover spring breakers were facing the setting sun as the day came to a close. Calm night in the RV. I sat out in the cool breeze and organized photos after a tasty shrimp, mushroom and garlic dinner. The news reported that Port Aransas has issued a shelter in place order. If I leave the campground, I can’t come back. We’ll see what similar situations I run into down the road. 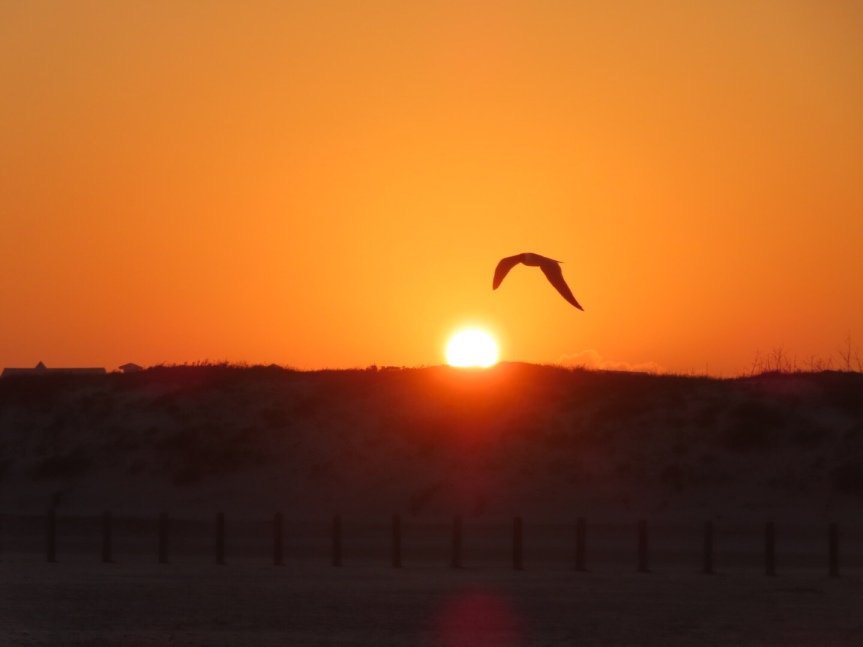 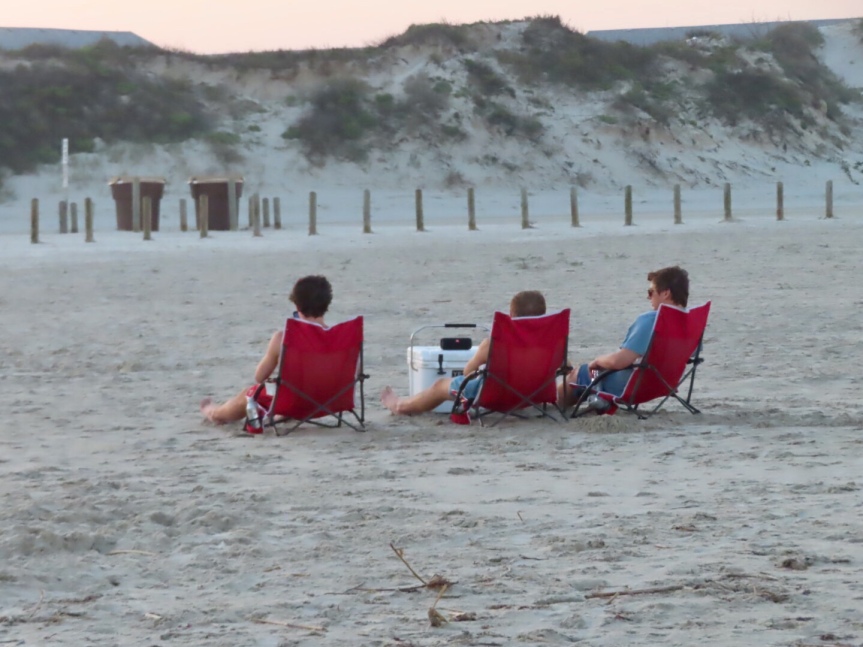