We said goodbye to our wonderful hosts in Nosara and hit the long and dusty road a little after ten. As soon as we passed through Garza, the road went to dirt. Lots of curves and tons of dust. The GPS took us along back roads that brought us out on the main road south of Nicoya, letting us avoid going through the city center. When we reached the big right hand turn by the giant cow, PJ took over driving for the rest of the trip. 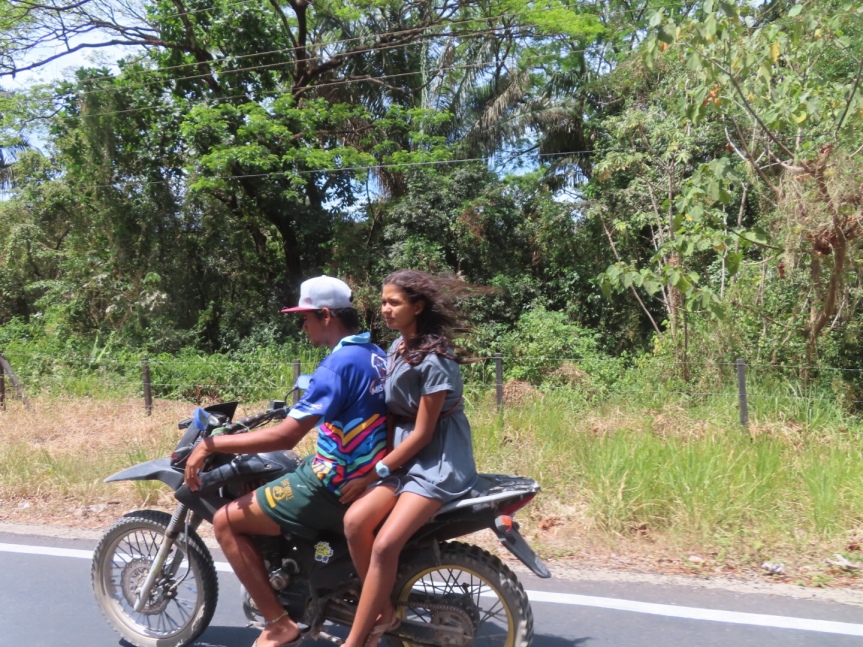 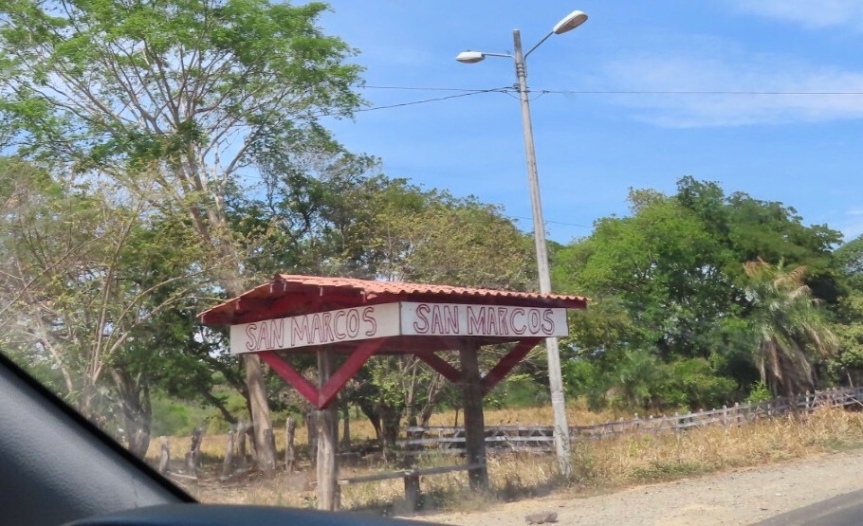 It wasn’t long before we were passing old spots where I used to surf, Boca Barranca and Caldera. Just before reaching Orotina, we made the turn towards Jaco and it was just a few minutes until we arrived at the Cerro Lodge.

Hauling all of our crap over to our cabina had me breaking a hard sweat, so the first order of business was putting on some trunks and jumping in the pool. As we walked to the pool, the trees suddenly filled with scarlet macaws flying in from the west. We watched them pick cashews and munch on the fruit as they squawked loudly and chased each other from tree to tree. 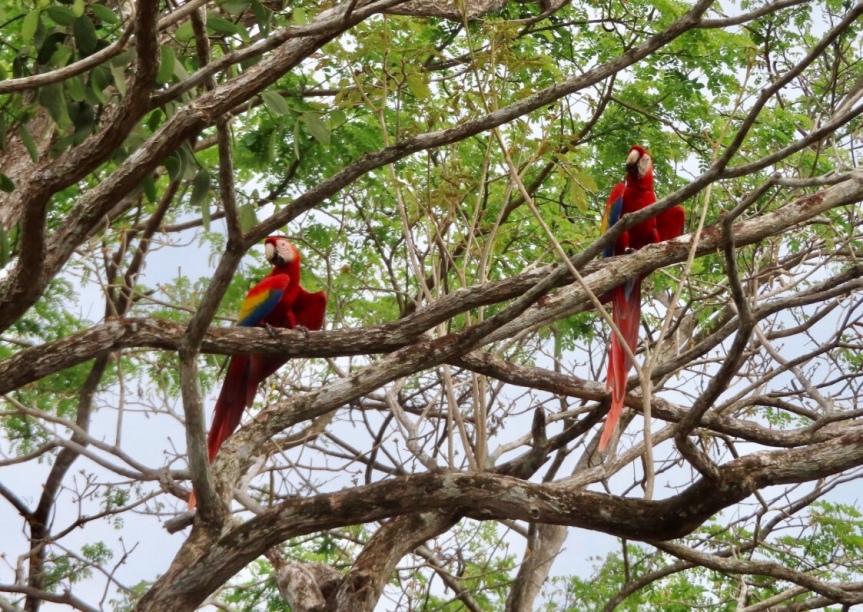 View from the pool 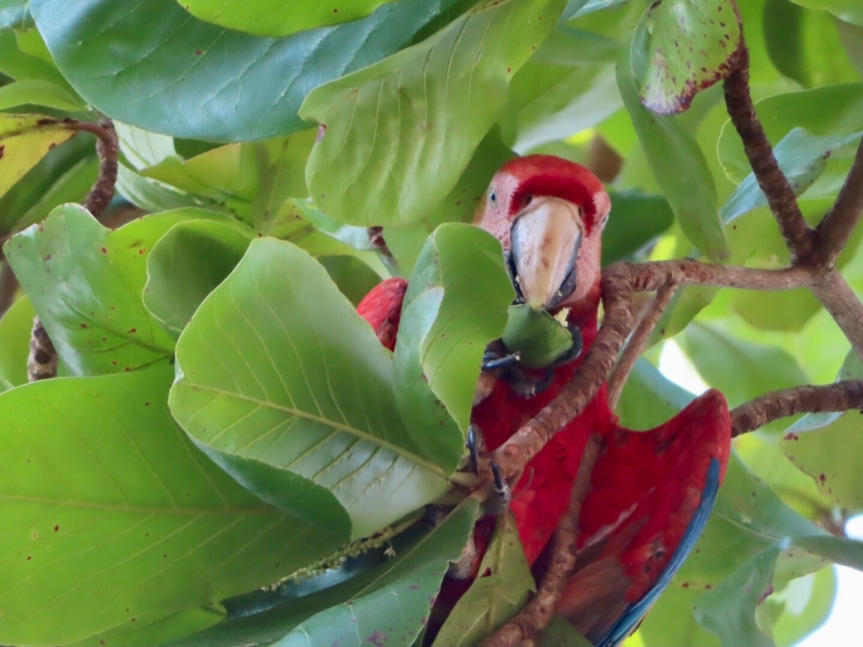 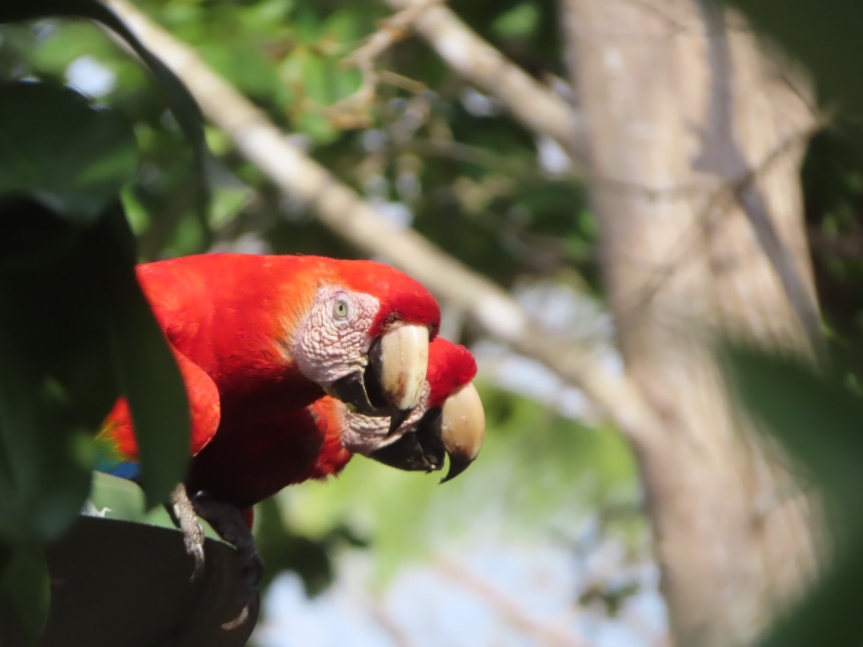 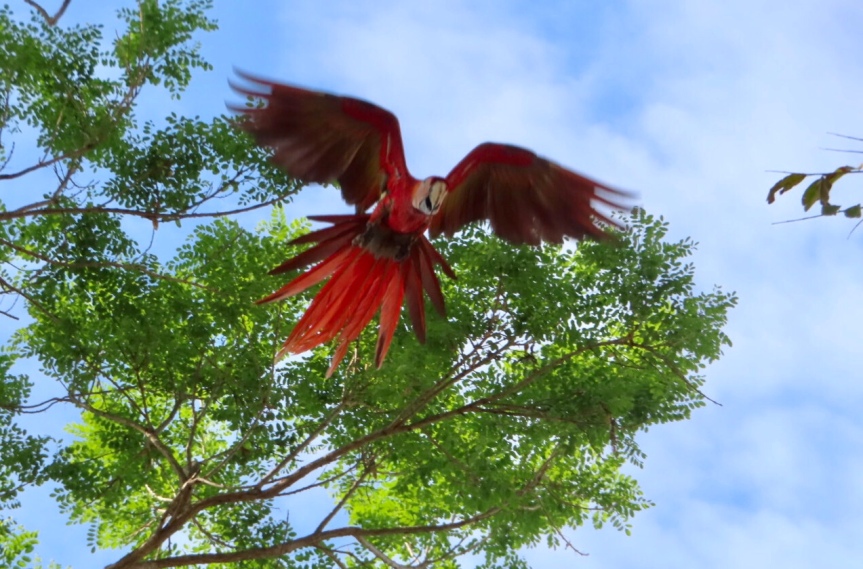 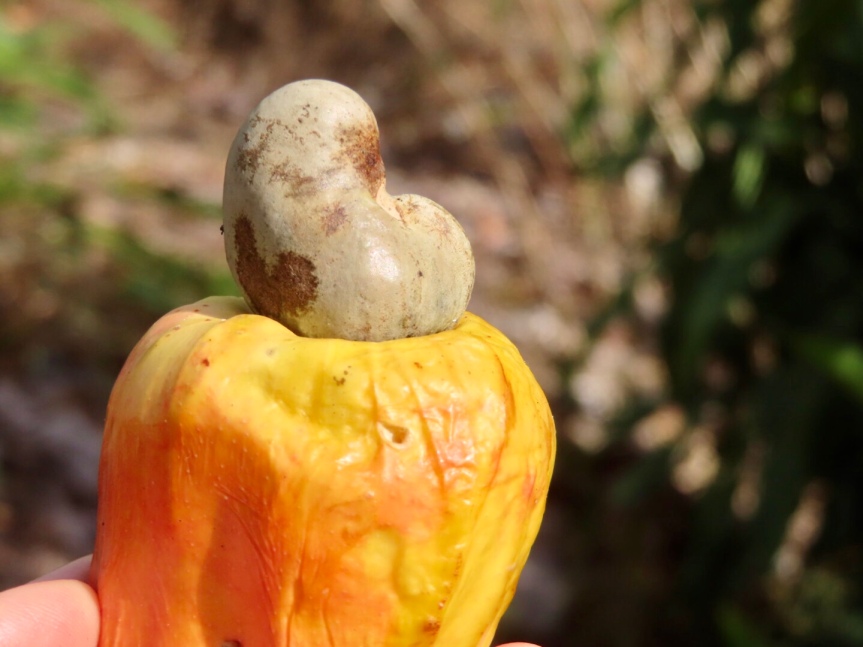 After our swim, we took a short rest then walked up the trail to the lookout that stands on a hill overlooking the ocean towards Herradura. More macaws flew by, mostly in pairs as the sun slowly set over the Pacific. Other birds were singing and making a home for themselves inside the canopy. Awesome end to a fun travel day. We went to the lodge for some dinner. Tourism is slow and we were the only people eating. Our waiter/ porter/front desk guy/cook, Douglas, told us there were only six rooms rented out of the twenty four here. The arroz con pollo was killer and the sunset continued to glow over the jungle. Ready to hike tomorrow! 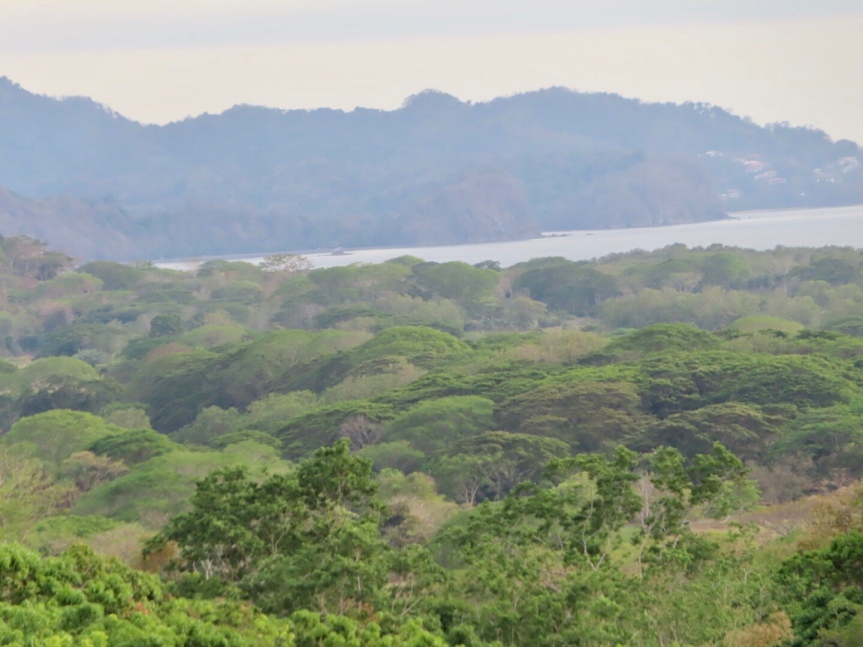 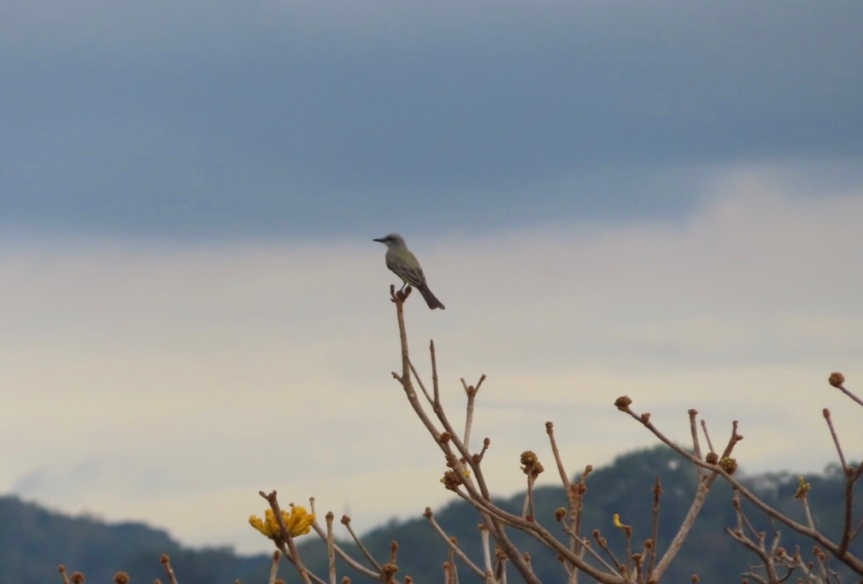 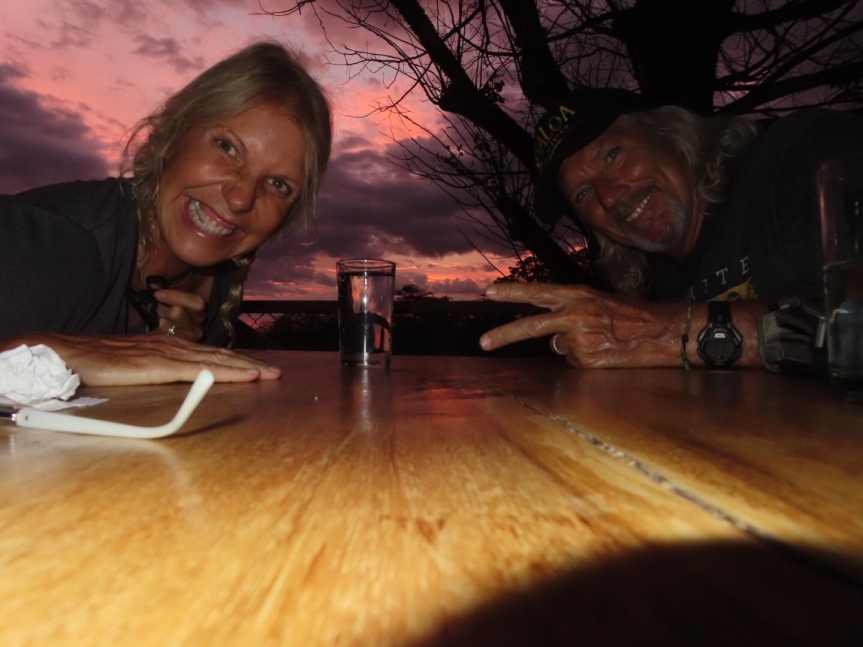