PJ got surprised by a visit from some local farm animals. They came running into the field next to us and spent the morning grazing and wandering the grassy plot while I got myself ready to go to San Isidro del General. It was a pleasant start to our last full day in Dominical. Even the cats were excited to check out the beeves. 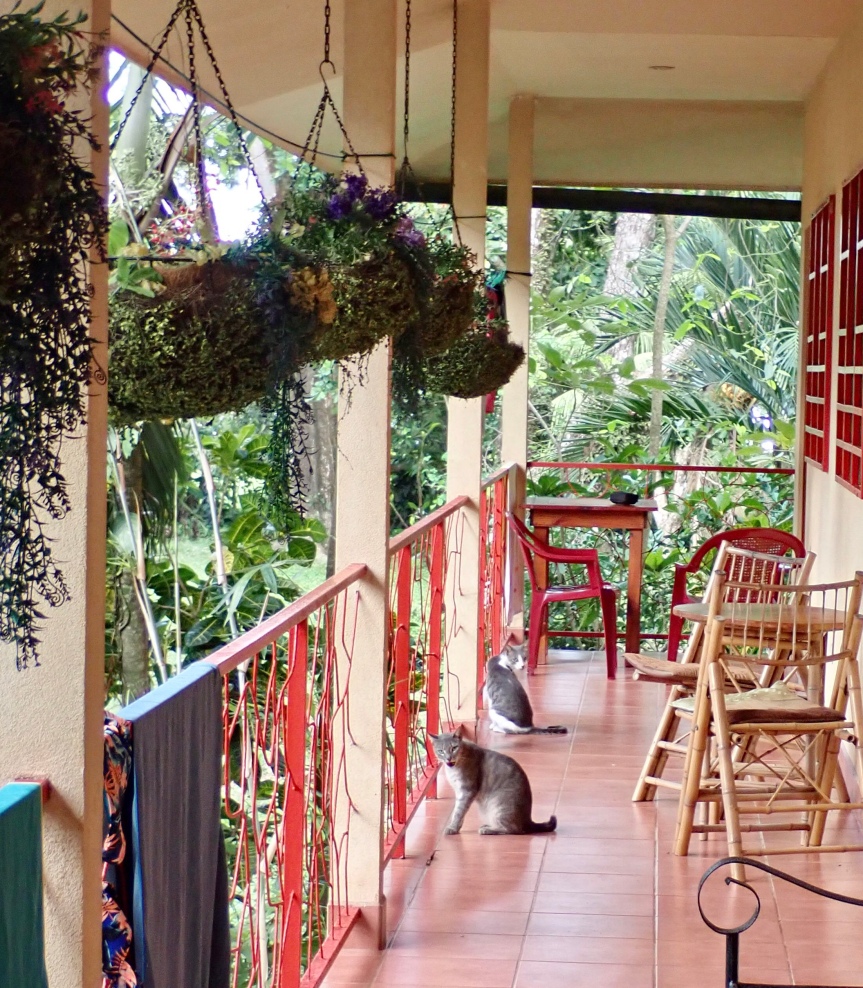 Wow, check out those beeves!

Today was a work day for me. The assignment: drive up the mountain to Perez Zeledon to get the exit papers for the car that we will need to cross the border into Panama. Costa Rica began requiring this as a way to regulate stolen or unregistered vehicles disappearing into their neighbor to the south. The drive is about an hour on one of the most curvaceous roads I’ve yet to meet. But the ride went pretty easily, I picked up a hitchhiker named Manuel by the art gallery near Rio Baru and we chatted as we snaked our way up to the top of one peak then down into the valley where San Isidro lies. Beautiful views and untamed jungle lined our route. 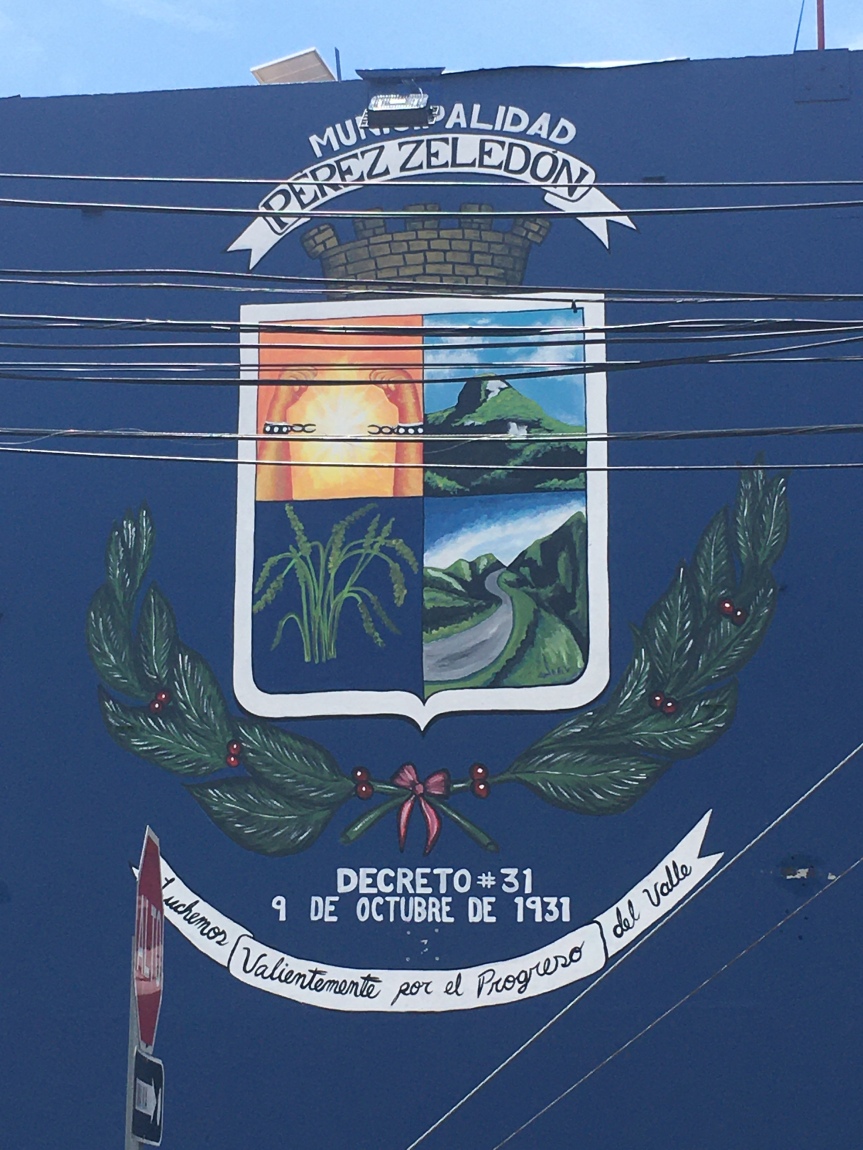 We fight valiantly for the progress of the valley!

I arrived early and found a place to park near the Registro. Long lines had already formed going about a block back on the side street and half a block to the front entrance. It looked like it might be a long day. I had paid for two hours of parking and was hoping it was going to get me through. It was after nine and the line began to move a bit then came to a halt. The sun was beating down and the smart people had brought along umbrellas. I wasn’t one of them. A man in a uniform came along and started culling out old people from the herd and taking them up to the front. It was a hot, sweaty wait. The man came a few more times as the line inched forward making sure no oldies were passing out. The third time, he came up to me and asked what I was there for. I told him and he sent me up to the front of the line. Right on. Once inside, it was a breeze. I filled out the form, paid the C8700 fee then waiting in a line of chairs for maybe twenty minutes until it was my turn to get tended to. Typical of Costan Rican bureaucracy, there were four windows for clerks to handle customers and one person actually working. The others sat disinterestedly looking at computer screens or standing around talking. But, there I was, permit in hand only an hour and a half into the mission.

I walked around town looking for a camp stove to gift to the lifeguards but nobody carried anything that would do the job. Either it was a full on home table top set up or the flimsy death trap that they already had. The park was nice, though, and lots of people were taking advantage of the benches in the shade. The Catedral de San Isidro Labrador took up an entire side of the square. It’s a pleasant little city and oh so much better than dealing with any government entities in San Jose. 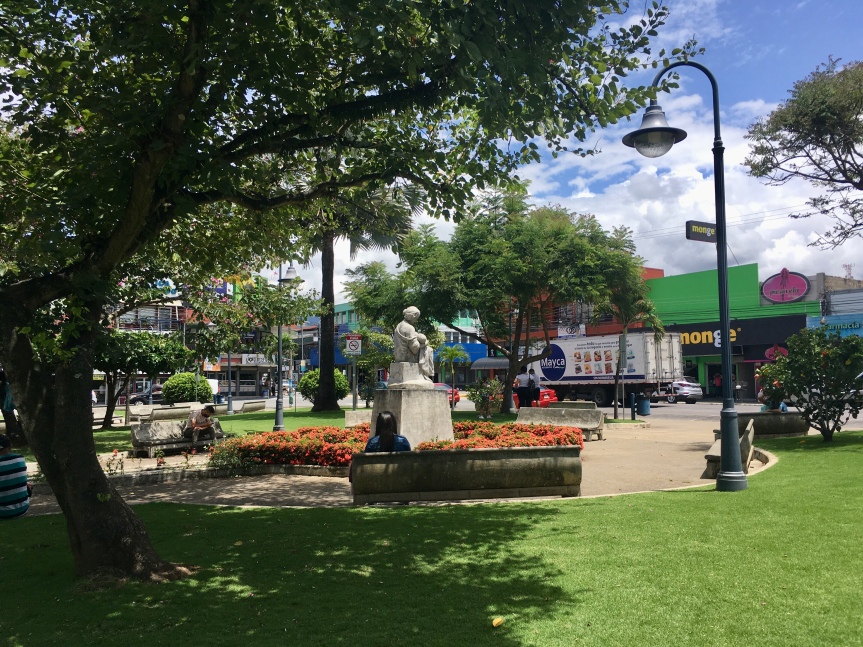 Pleased with a successful journey, I made my way back down the mountains to the beach. After stopping at a few hardware stores along the route, I gave up on the stove. I had spotted a little restaurant about half way down the road seated on the edge of a precipice with panoramic views of the coast. I parked at El Chorro and had a nice casado at a counter overlooking the valley. I finished writing a post for the day before and enjoyed the peaceful vibe of the area. 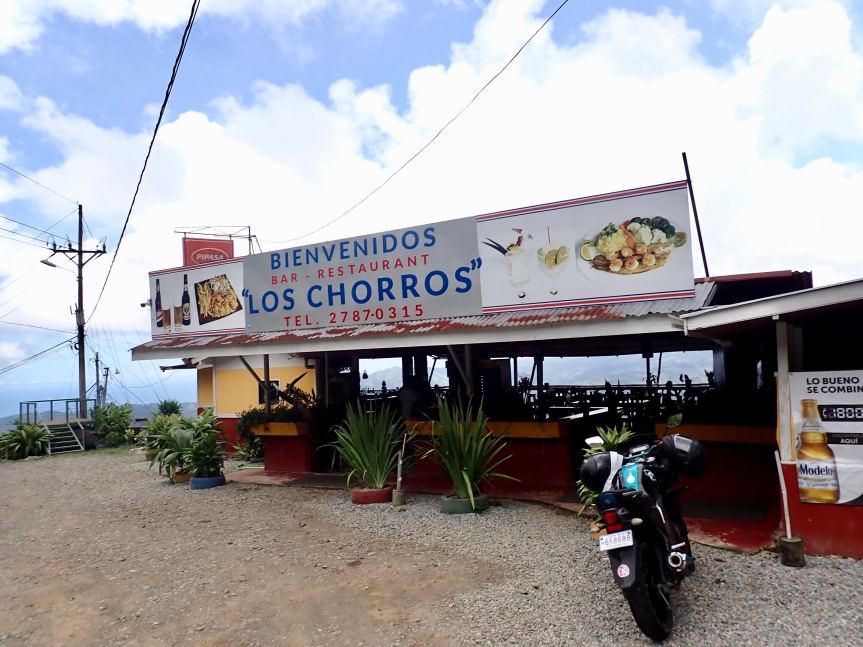 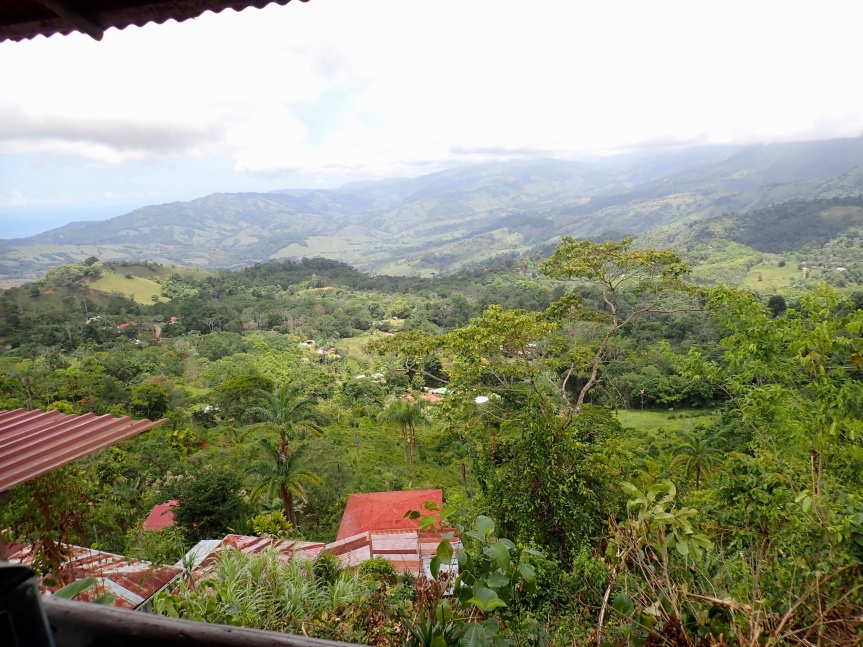 Back at home, PJ had been out in the ocean all morning. I suited up to go find her and ran into her on her way back. She came back out for another session and paid for it later with a nice sunburn, her first for the trip. She has been really diligent about avoiding too much sun. We slathered her in lotions as the afternoon deluge began to come down. I marched through the pouring rain with an umbrella to get some dinner for us. Probably not the smartest move with flashing lightning and my little metal framed parasol. But I made it, we had a nice baguette and cheese meal while watching AA@8. I found a tube of aloe at the market and we coated PJ with that and called it a night. 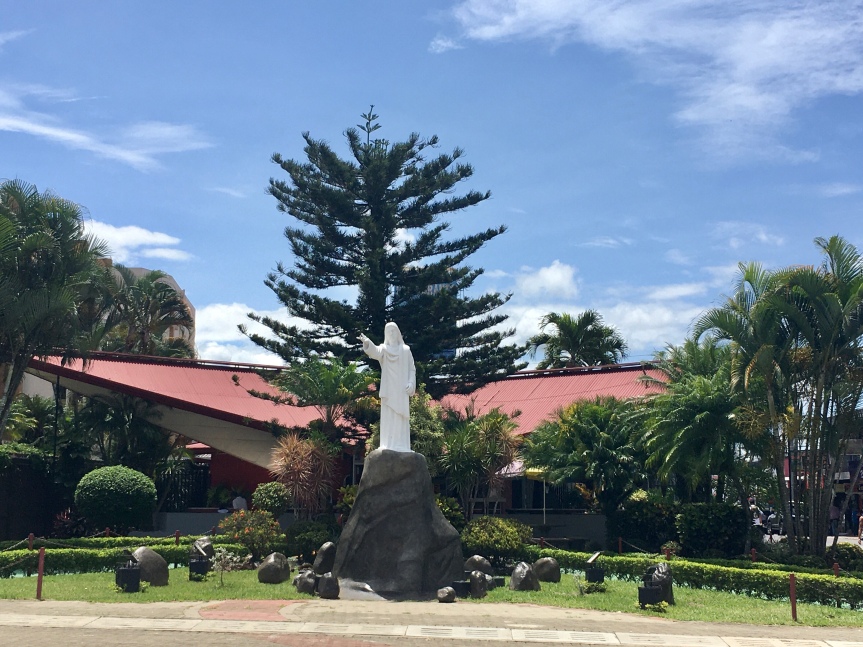