Coast to coast! From the Pacific to the Atlantic. Who would have thought? Starting in Carlsbad, CA on August 4th and finishing at Westerly Town Beach in Rhode Island on Sept. 11th. 40 days and 40 nights of hard driving across these United States covering a distance of over 3647 miles.

We woke up early excited about reaching the Atlantic. We said our farewell to our friend Wynn aka Breeze and got on the road to Misquamicut, but we were stopped by a police blockade as we neared the beach due to a 10k race closing down Atlantic Ave. We paralleled the coast and reached the beach in Westerley around 9:15. 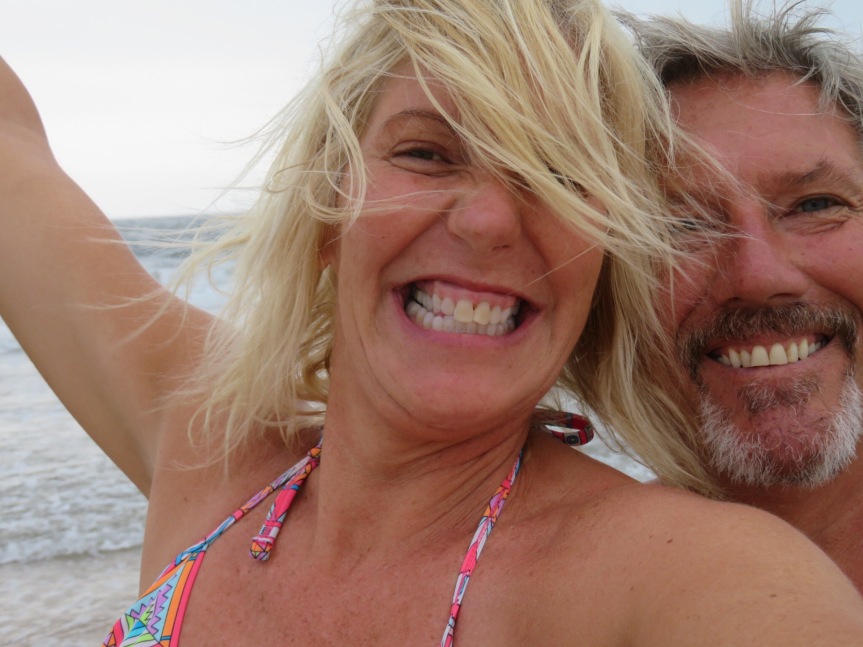 No dogs allowed, so the poor pooches had to watch the excitement from the front seat. We quickly threw on our swimming suits and jumped in the warm Atlantic waters. Maybe 75 degree water, which was good because the day is a little bit overcast. 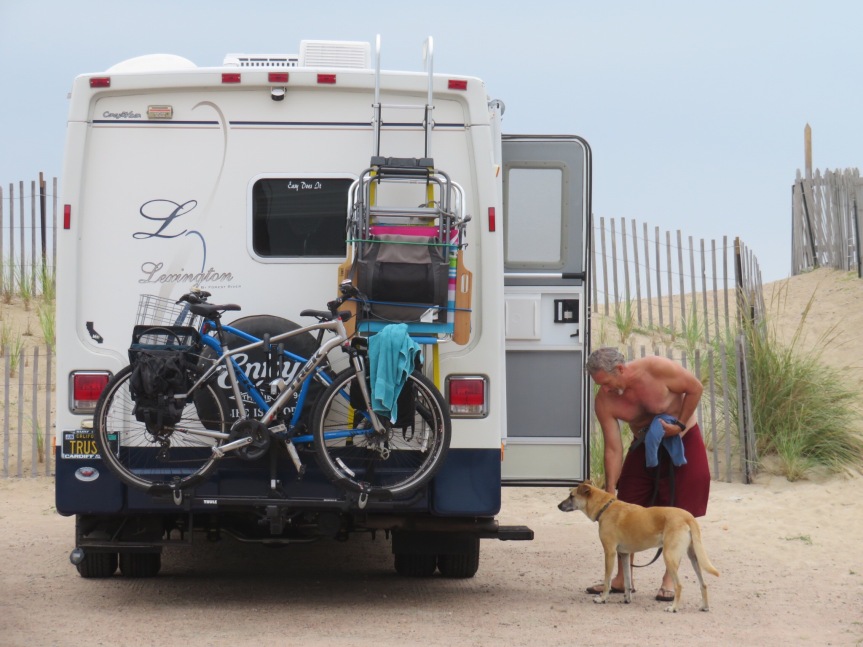 Did some body surfing and generally frolicked about in the choppy salt water. Felt so good to be in the ocean.

Very few people around, so we walked the dogs around the parking lot and made PBJs for breakfast and enjoyed being here in Rhode Island. Only an hour or so to go to Carole and Pete’s. Be there lickety split.