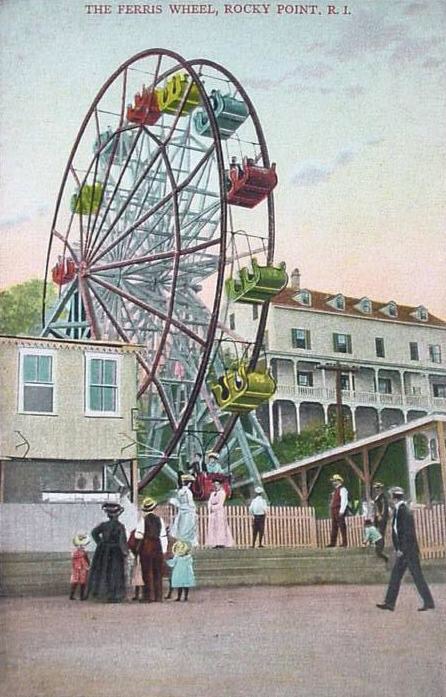 Rocky Point was once a large amusement park out on Naragansett Bay in Warwick. Established in the 1840s, it had a good run until the shareholders of the group overseeing the park started using the income from the park to pay off unrelated debts. From the 1950s until the 1990s, it was one of the most popular attractions on Rhode Island. It featured ferris wheels, roller coasters,sky ways and all of the rides usually associated with fairs or amusement park. Back in the nineties, due to this misappropriation of funds, the proprietors found themselves facing financial troubles and the park had to close its gates.

It sat shuttered until 2008 when the city of Warwick procured a federal grant and started the ball rolling to turn it into a public park. In 2011, the land reopened to the public under city and state control and it is now a wide open parkland with a walkway following along the beautiful rocky shoreline. Most of the park areas are now a large grassy meadow with a few artifacts of the old park still rising over the greenery.

Pamela knew all of the back roads to cover the 3 1/2 miles from the parents’ house out to Warwick Neck where the park is located. The car park was full and there were lots of local people out strolling on this sunny, crisp fall day. We rode our bicycles along the waterfront stopping often to take in a different view or watch people. We found a nice bench overlooking a small quiet cove with a row of sailboats passing in the distance. A bucolic spot to relax and meditate on the trip so far. We explored the area and went up behind the trees where many of the rides used to be. Kudos to the city for keeping this land from all of the developers who were fighting to turn this amazing landscape into a sea of condominiums. 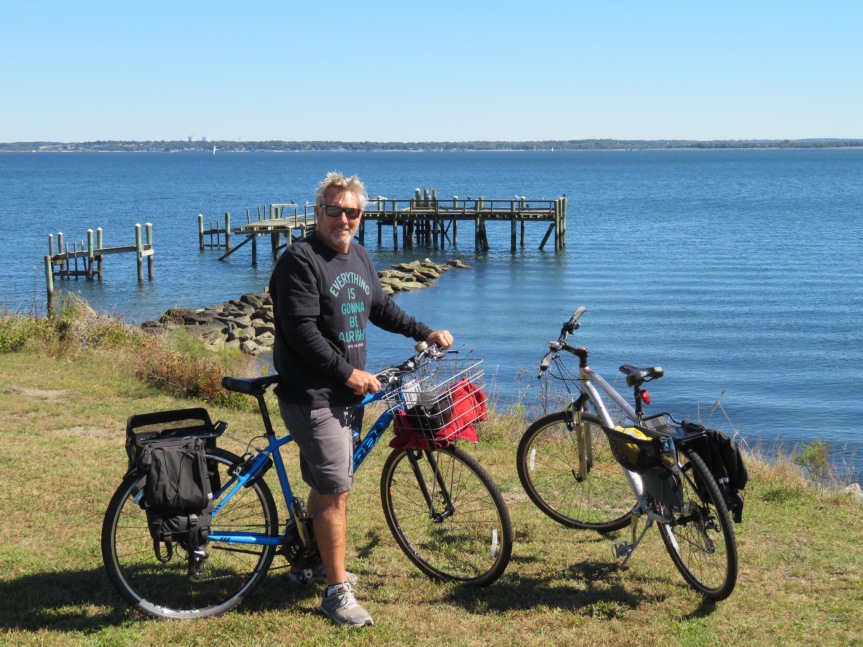 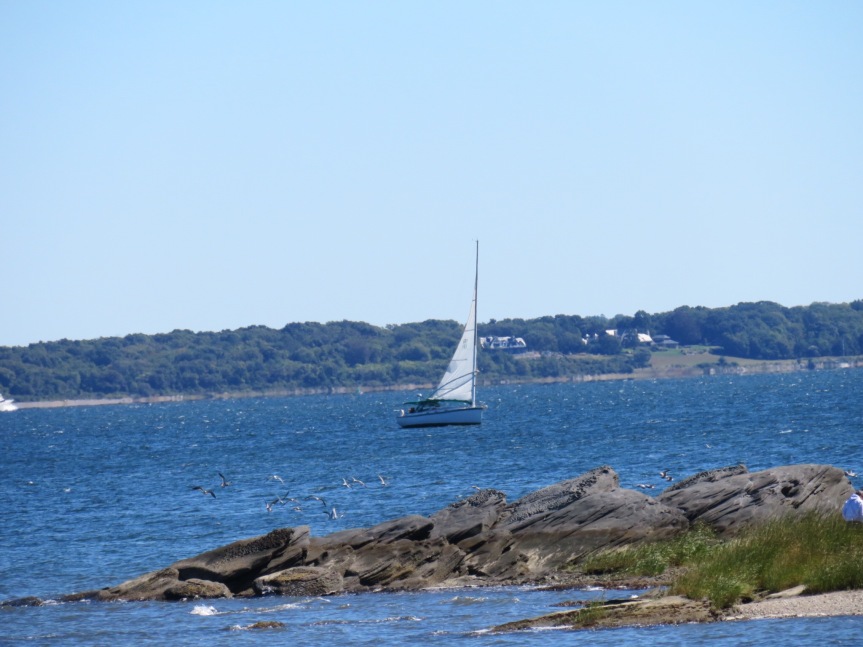 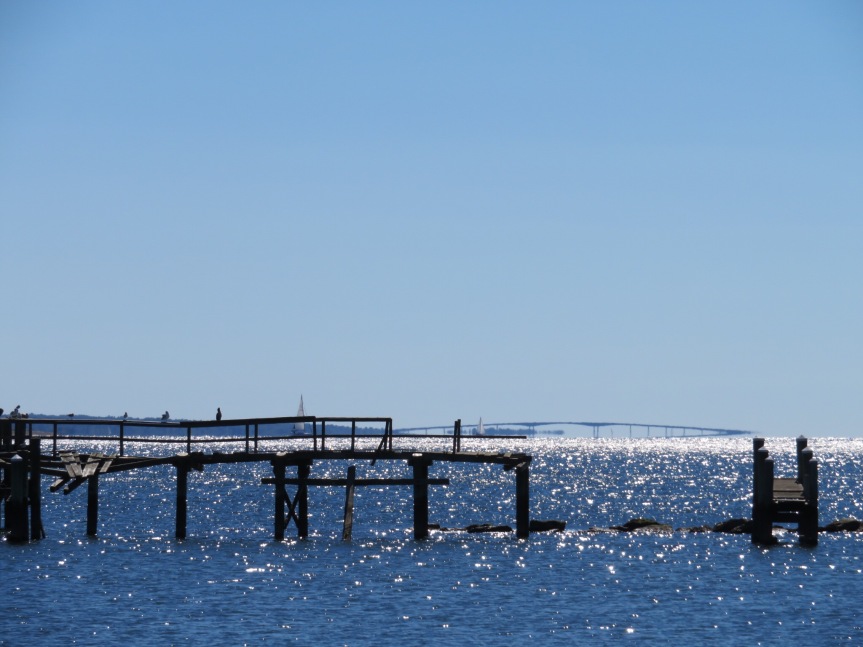 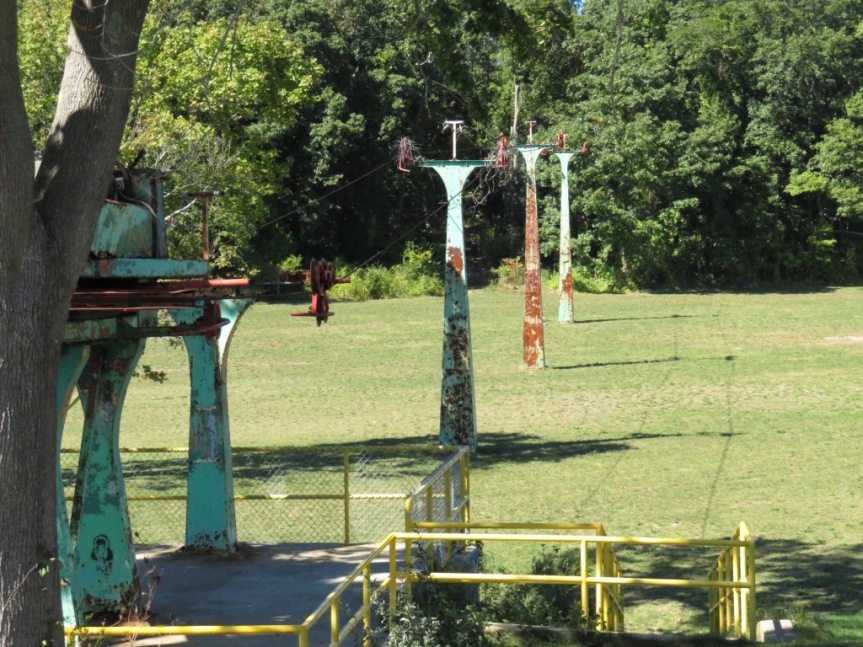 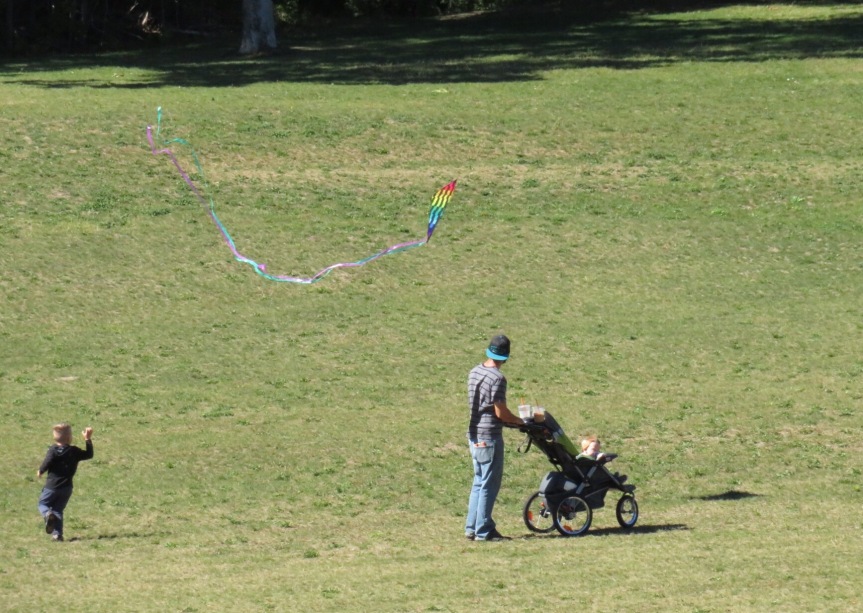 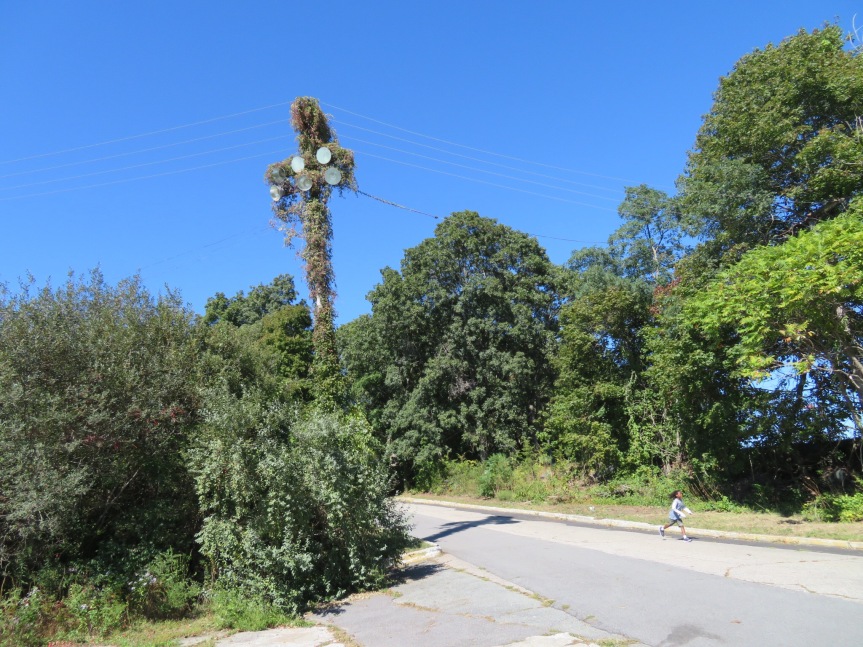 At the exit from the park, there was a van selling the tart cups filled with slushy lemonade that New England is famous for. PJ purchased some for us and we sat along the wall slurping them down before riding back through quaint neighborhoods of 100 year old houses on the way to Tommy’s Clam Shack near her parents’ house. 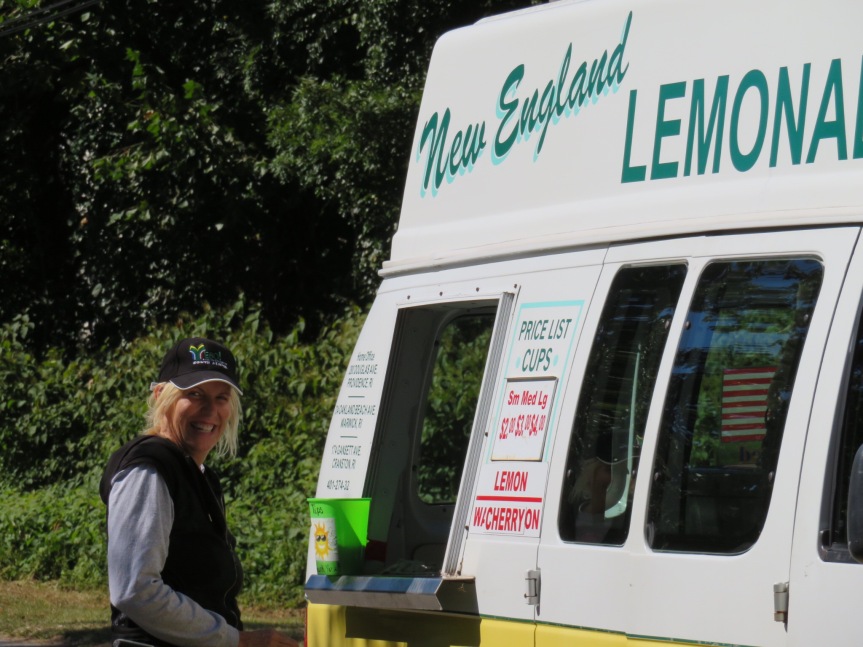 Tommy’s has got to have the best fish & chips along the coast. We sat in the warming sun and shared an order along with a stuffy. The tables were full and Tommy’s was doing a brisk business on a pretty, fall Sunday afternoon.

Pete is a football fanatic and the games were on the T.V. when we got back. We watched a little football and ordered up a pizza from Don’s down the block. So ends another day as our time winds down on our visit in Rhode Island. 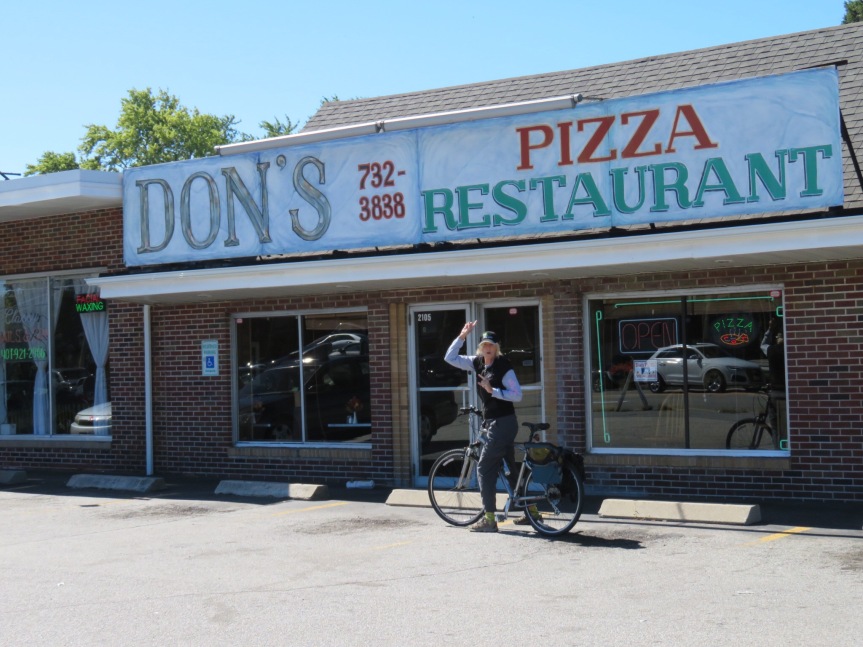