PJ has become quite the sleeper inner these days. I made some tea and took the dogs along the road past the British Cemetery and down by the water. Many of the residents were out putting their houses on order. Lots of yards were still underwater and the piles of debris were stacked along the road for pick up.
We talked our host, Bubby, into letting us stay until 12:30 since the ferry for Cedar Island doesn’t leave until 1:00 pm. The ground at the camp is saturated and my tires made big deep ruts in the semi-grassy area where we were parked. Bubby was up repairing the plywood roof on one of the bath houses, sitting on the edge pounding in his nails. PJ elected to shower in the outside shower house even though it offered cold water only. I, on the the other hand, being more civilized chose to take a hot shower in the surprisingly clean bathroom facilities across from our camp.

After we had everything arranged and battened down, we took another walk around the neighborhood. There was a crafty store PJ wanted to see and we walked again past the British Cemetery, first time in the daylight for Pea. There are many small  graveyards along the roadsides in North Carolina, There were three on this little street alone.

During the early days of WW II, German U-boats were sinking merchant ships along our Atlantic shore to keep them from supplying England with goods. The British converted fishing trawlers with equipment to fight back but many were sunk and the bodies came ashore on Hatteras and Ocracoke. The land was deeded to Britain and the U.S. Coast Guard maintains the graveyards in honor of our allies. 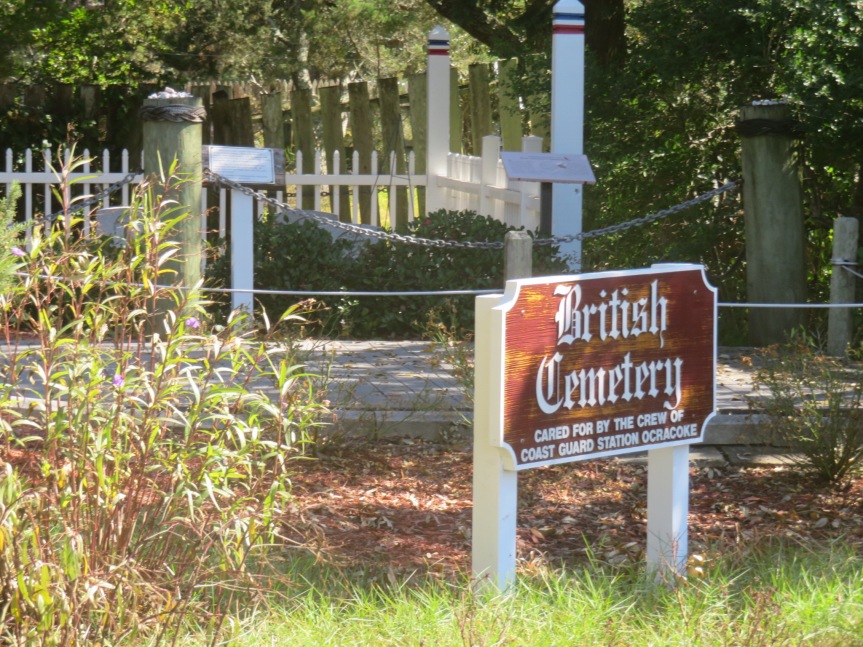 The ferry passengers were few and we loaded quickly and easily, maybe a third of the boat’s capacity. This was a two hour and fifteen minute crossing to get us back on the mainland and heading south along the Atlantic coast. The dogs even went out on deck for this ride. We relaxed in Lexi most of the trip, made lunch and napped.

We looked at a couple of small campgrounds close to where the ferry landed but weren’t too impressed. One was downright spooky, so we powered on to Emerald Isle where two of the three campgrounds were already closed for the winter. We got a nice spot in a resort style place on the beach and got ourselves set up. 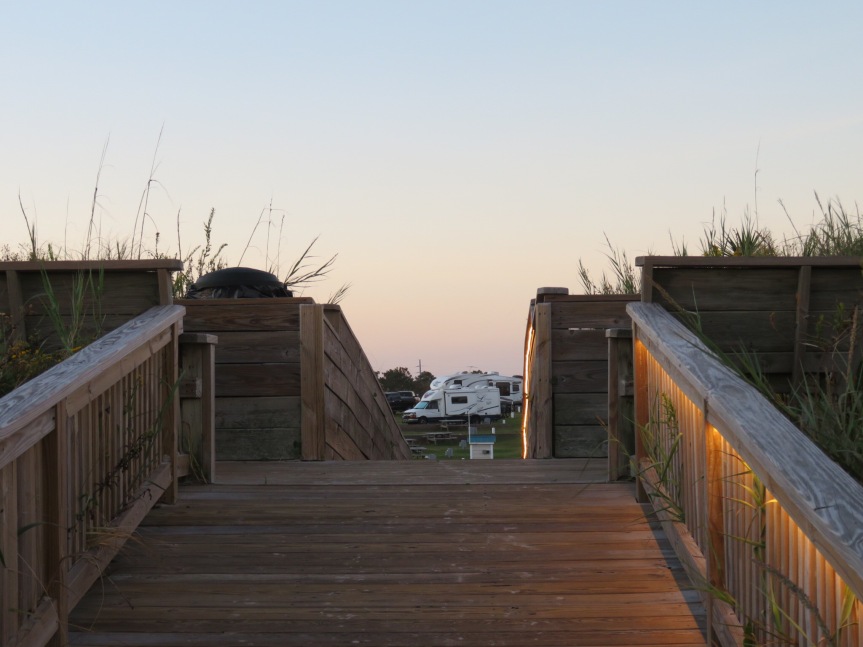 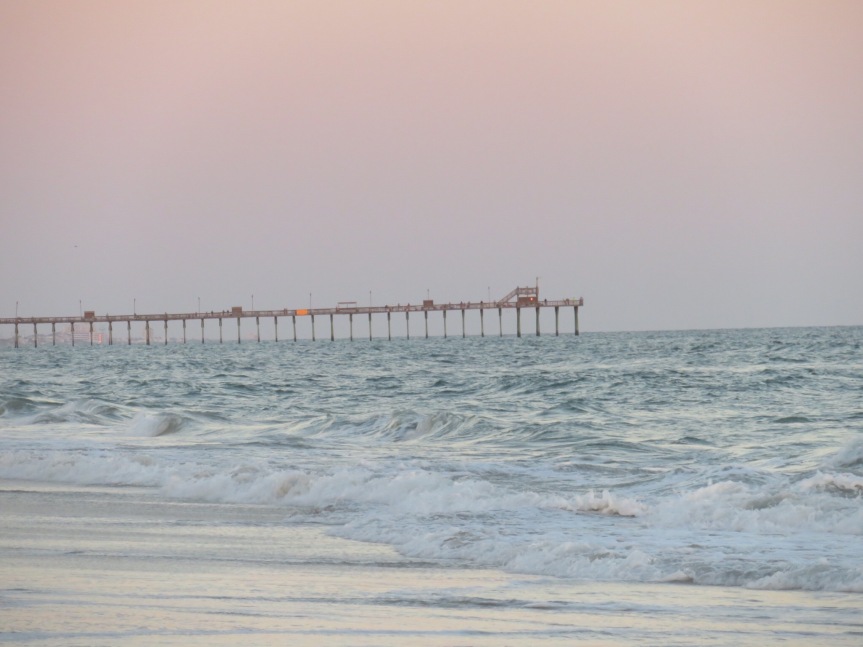 Super amazing sunset. Sorry to keep posting the sunrise and sunset shots, but just when I think I’ve seen the best another one comes along to top it. Here, we are facing dead south, so the sun doesn’t set directly over the water, rather down the beach to the side. Creates awesome reflections on the shoreline where the golden sun bounces off the receding waves.

After feeding our canine wards, I made quesadillas and salad and we felt the calming energy of this location put us at ease as we prepared for an early night.