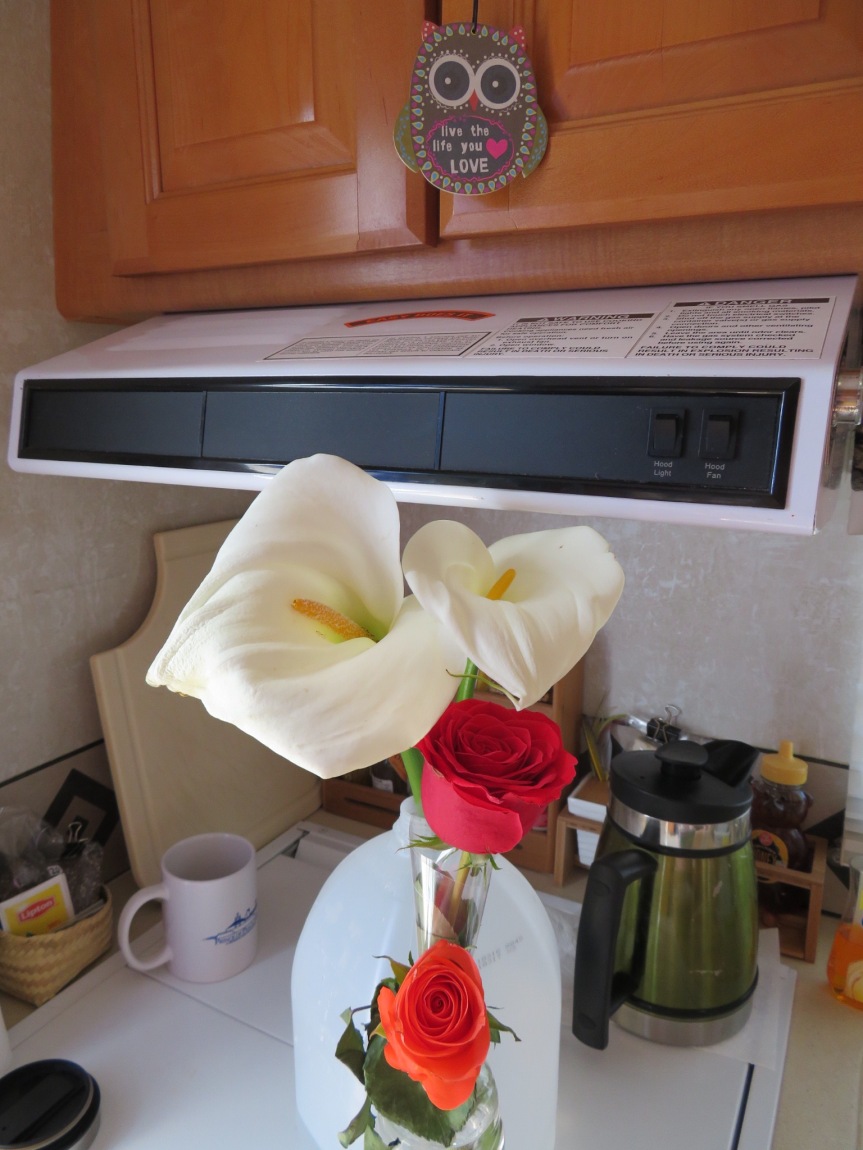 I slept in a little this morning. Cali needed to go out around 4:00am and I had a difficult time getting back to sleep. PJ was up doing her yoga out on the side. Ignacio was casting a line out front, but I still haven’t seen him pull in anything edible. Joe stopped by the fence and chatted a while while I drank my tea. We spent most of the morning inside downloading photos and backing up our computers. Kind of tedious but needed to be done. Then I was able to delete all of the pictures from the memory card in the camera. Man, we’ve accumulated a pig pile of photos during our travels. Bought a half kilo of shrimp from the vendor who comes by every morning. 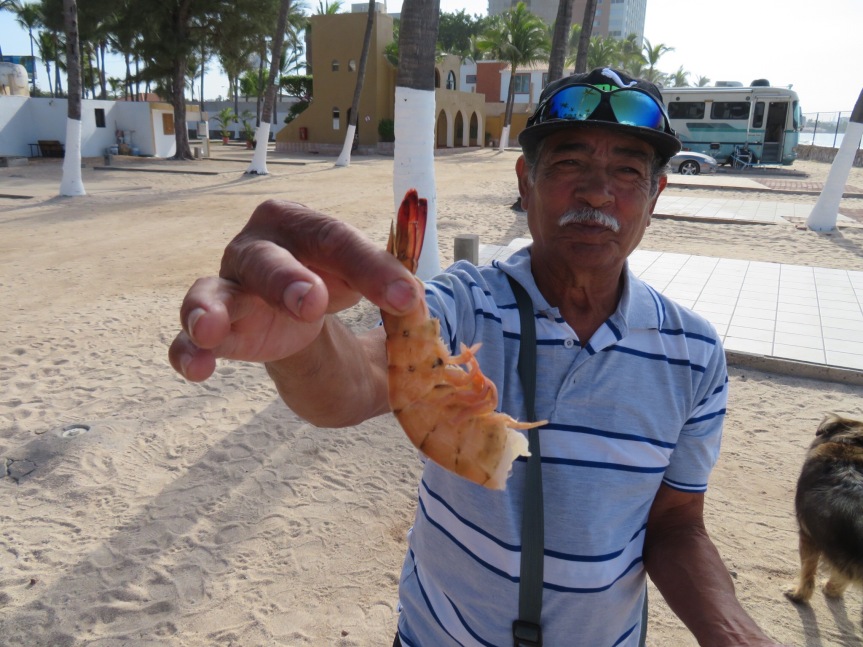 In the early afternoon, we caught a pulmonia down to the wharf where the water taxi takes you across to Stone Island. For a buck fifty each, we got round trip boat tickets to the peninsula on the other side of the harbor entrance. Our boat was empty except for us and the crossing was short and easy. Two ferries from Baja were tied up at the docks and a cruise ship sat a little further down inside the bay. 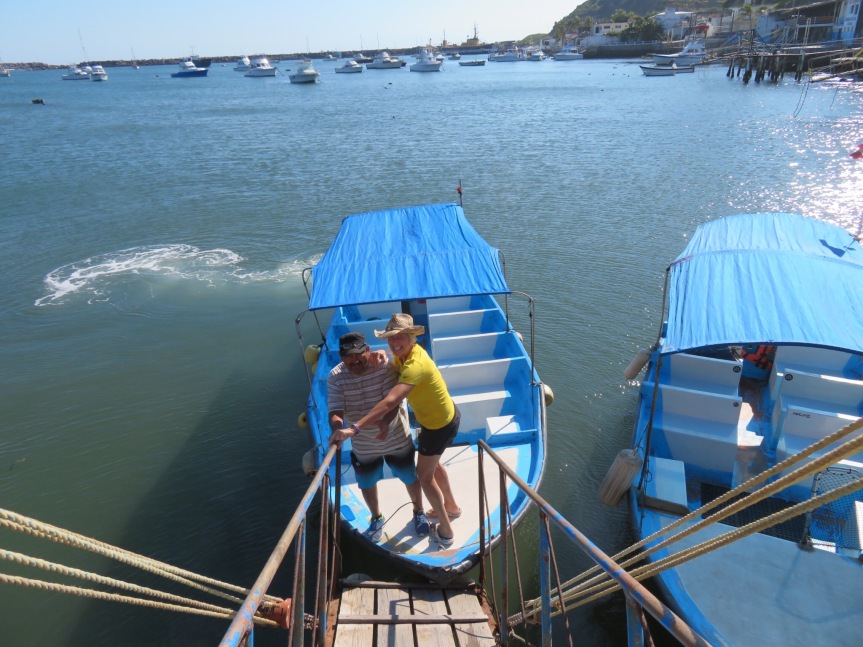 We debarked on Isla Piedra which really isn’t an island at all, it’s just hard to reach by car from the centro. We walked down the beach a ways and found a shady table at the Velador Restaurant, a palapa style restaurant on the beach. The beach is long and wide and once you are past the small cluster of restaurants and businesses, it is empty for miles on end. 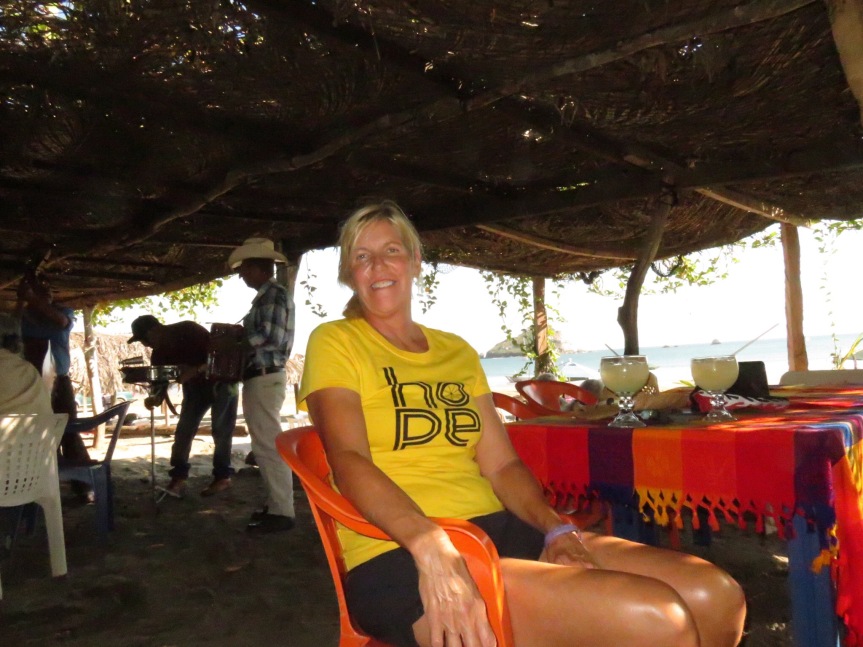 We ordered up some lunch and relaxed while watching the locals come and go. There were lots of vendors and strolling musicians vying for your dollars. We listened as a three piece band serenaded the large party of Mexicans having a family get together at the table next to us. A group of men were drinking Ballenas and playing dominoes at the rear of the restaurant while some older gringos were negotiating a price for a pair of ceramic bowls from a young girl wearing a traditional shawl. 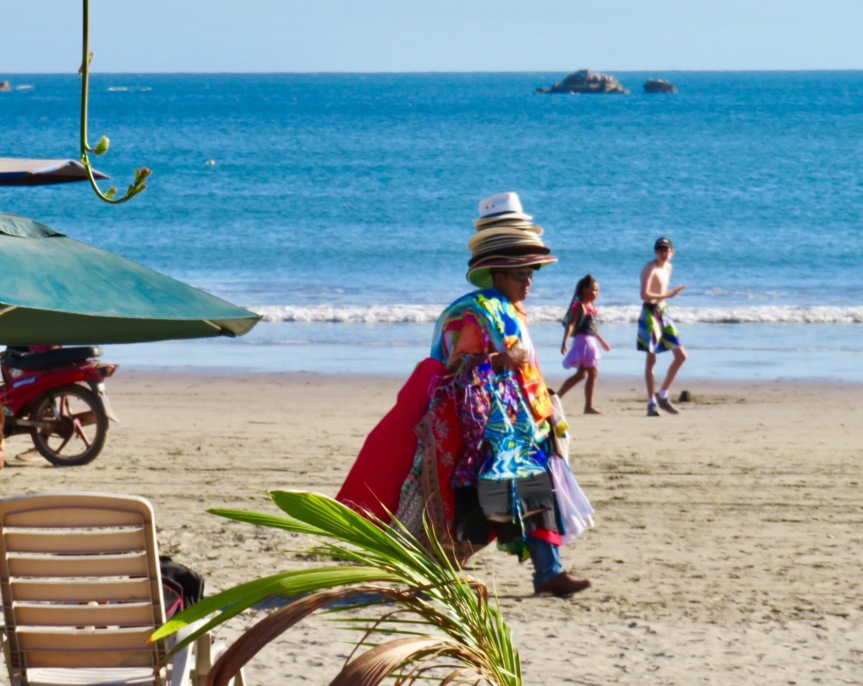 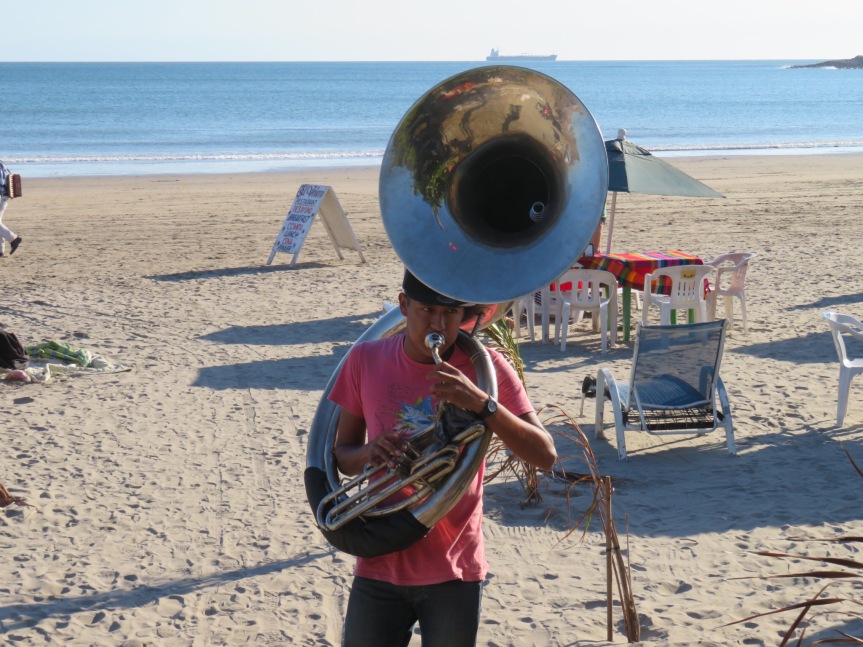 Hammocks were randomly spread about under the large thatched area. Things were unhurried and we fell into a peaceful rhythm moving to the hammocks and back to the table when our food arrived. Garlic shrimp for me and a quesadilla plate for PJ.

After eating, we walked down the beach and had a look at the trailer park on the beach. The manager came out and we sat around his patio talking about options for renting spaces. Several of the other residents came over and we soon had a small party cropping up around us. We looked at an available space and checked out the bath house then thanked Juan and Pat before walking back to the boats. 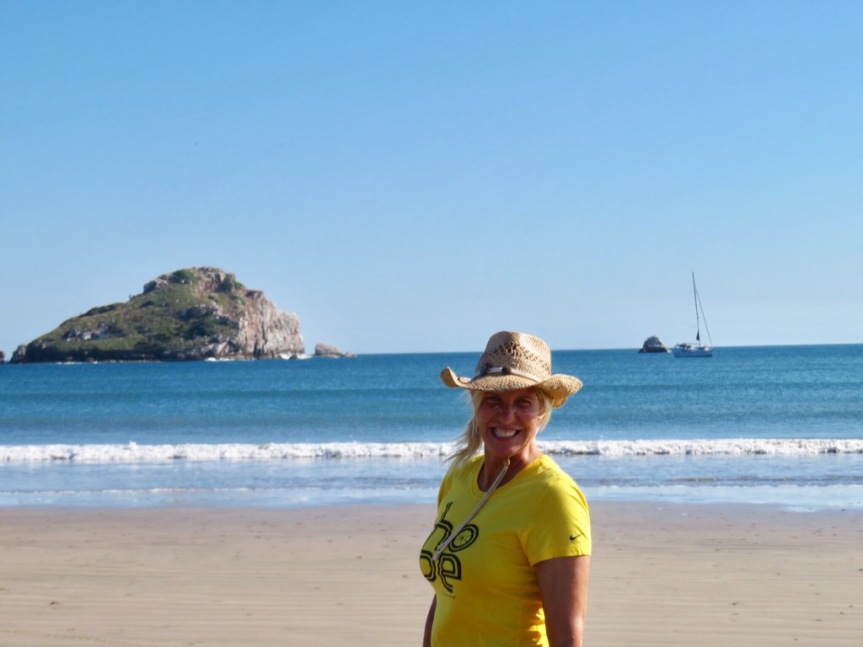 Super laid back location with a magnificent beach, but after talking it over we decided to keep heading south and really put the effort into finding a house or apartment with some yard space for the dogs. There was a large crowd waiting at the little dock and when the boat pulled up we all managed to squeeze on. 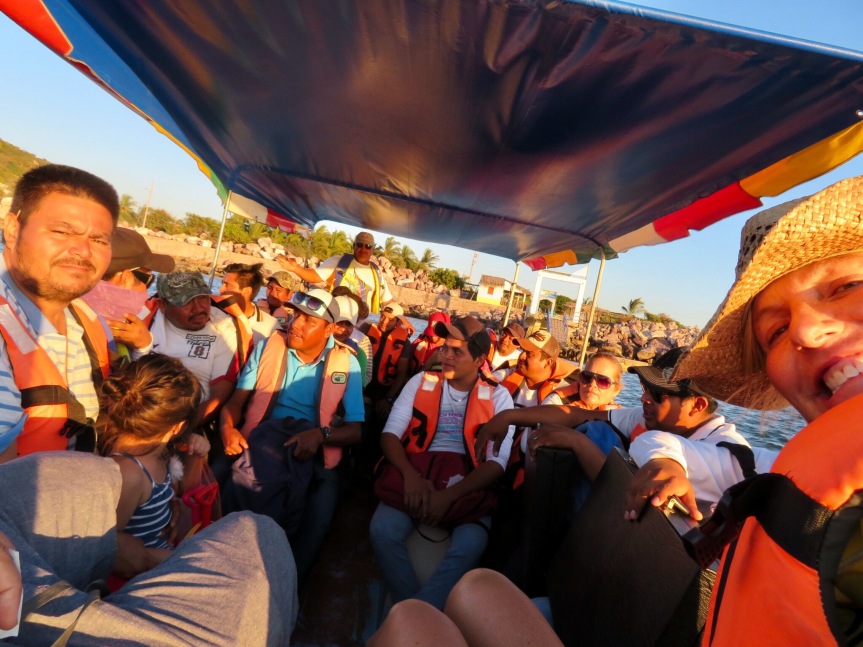 Found a pulmonia on the other side and rode back down the malecon to Mar Rosa.