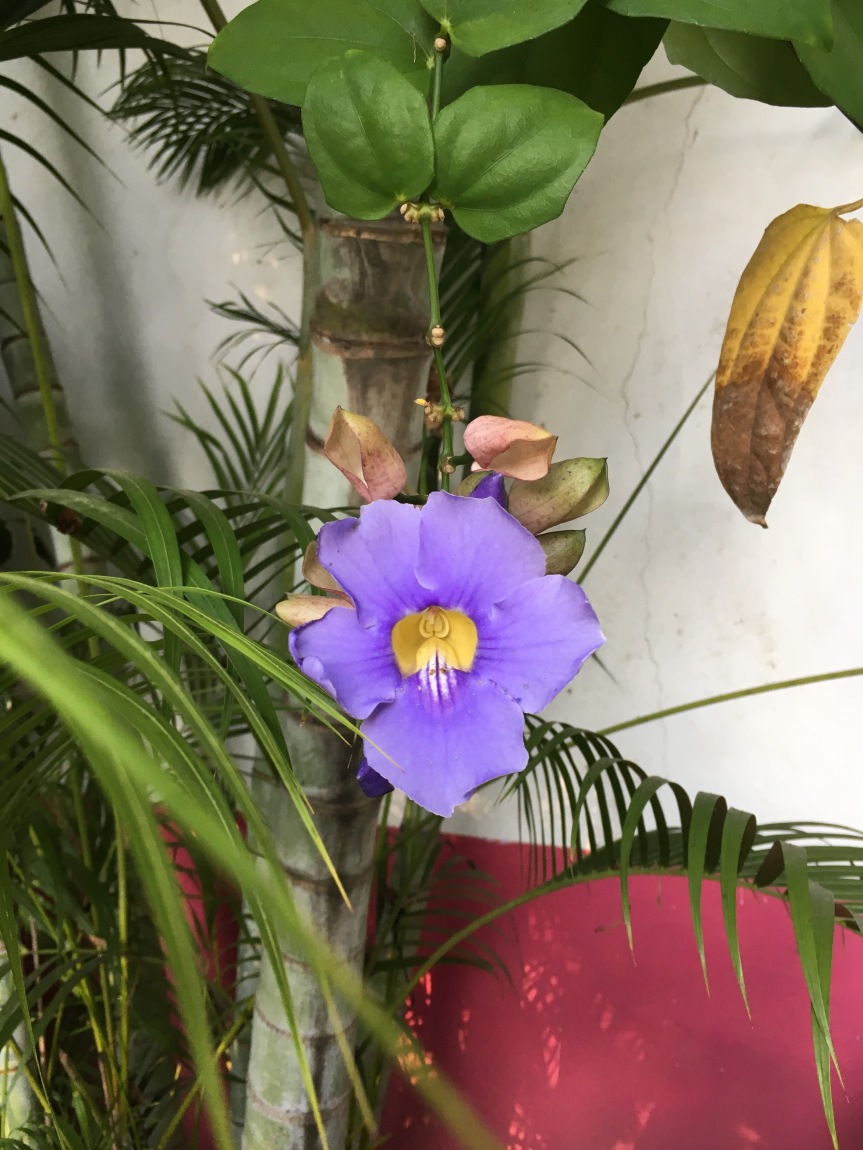 Yesterday was a down day. Pretty much hid myself away from any social interaction and nursed the ear. I think it is getting a bit of an infection. Should be clearing by now, but just as deef as I was before. Did a lot of reading and lounging about the casa, which isn’t bad mind you. It’s a cozy little place with a mini grove of palms blocking the neighbors out the back lanai. 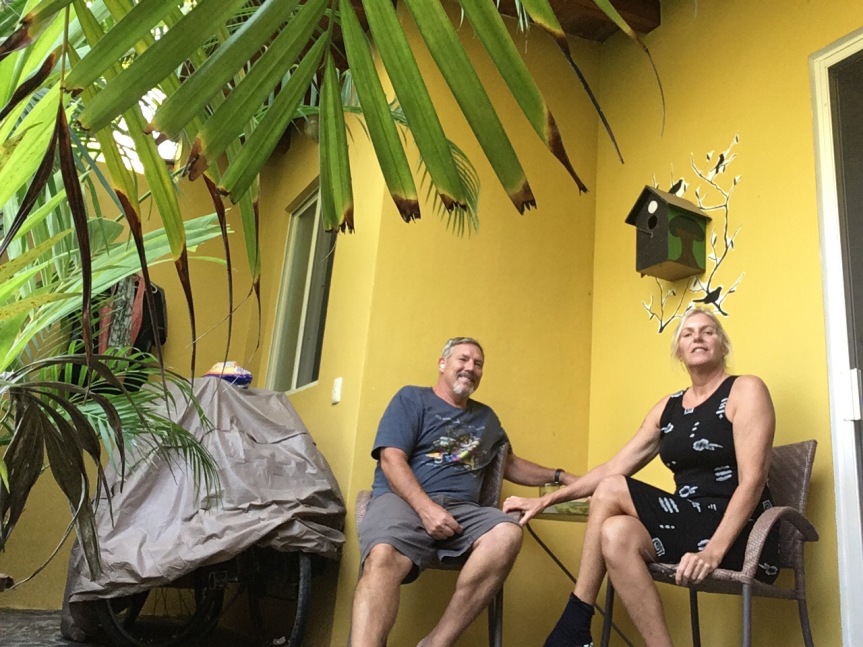 Today was more of the same physically, but I was determined to get out and be part of the world again. Eduardo stopped by midday and hung out a while talking family stuff and general Los Arroyos goings ons. He’s heading off to Guadalajara next week for a giant family reunion. Hasn’t seen one sister who moved to Italy in 17 years! 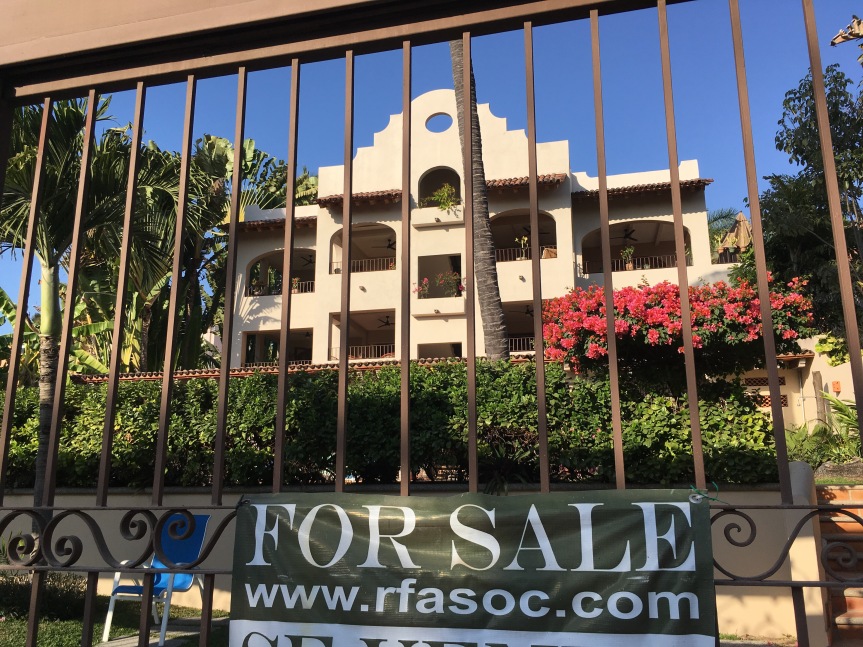 I called the ear, nose & throats guy who did the operation and his staff said to get into a ENT and get it cleaned out. There’s no reason I shouldn’t be hearing. I googled around and found the popular doctor with expats down in the romantic zone of Puerto Vallarta. Called and wormed my way into an appointment tomorrow at 12:45. 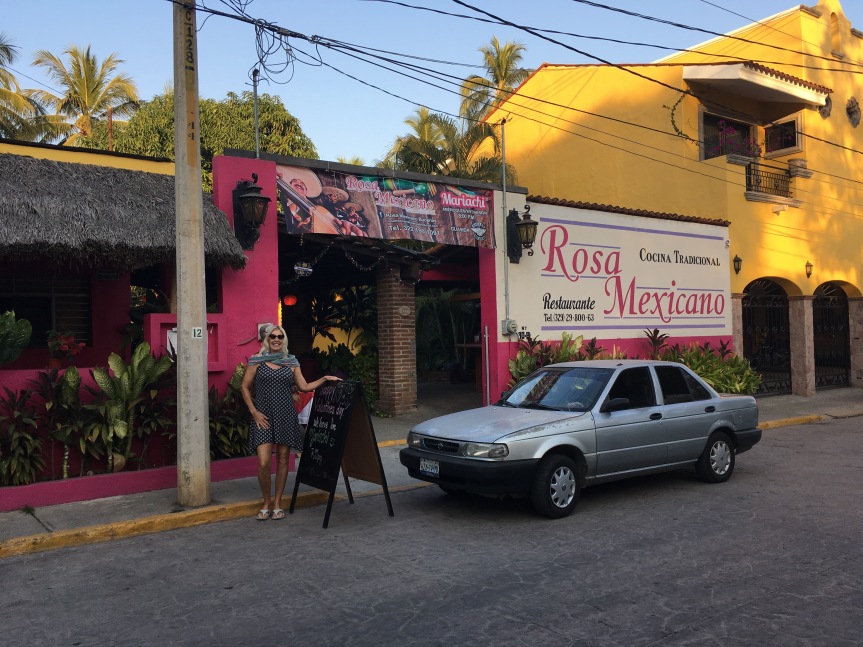 PJ and I took the 5:00 pm shuttle down to the Santander bank and pulled out some pesos then hopped and skipped across the traffic on 200 to get into the tourist area on the beach side of the highway. We walked down to the main beach road and decided on La Rosa Mexicano for a dinner spot. Nice romantic setting with tables tucked in amongst the trees in the back garden not visible from the street. 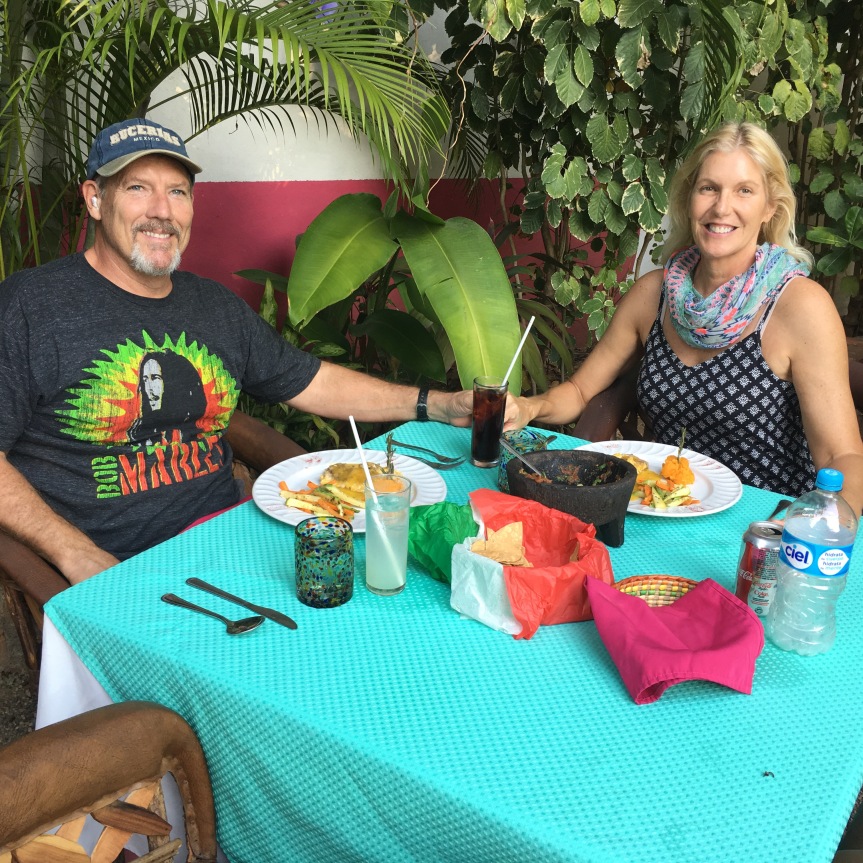 The waiters were friendly and funny and we both ordered up mango fish filets. The waiter brought a molcajete, a stone mortar and pestle, to the table and threw in the garlic, onions, steaming roasted tomatoes, cilantro and chiles and ground up a bowl of fresh salsa at the table. Awesome stuff! The chips were delicate and the warm salsa had a slight bite that perfectly accentuated the meal. 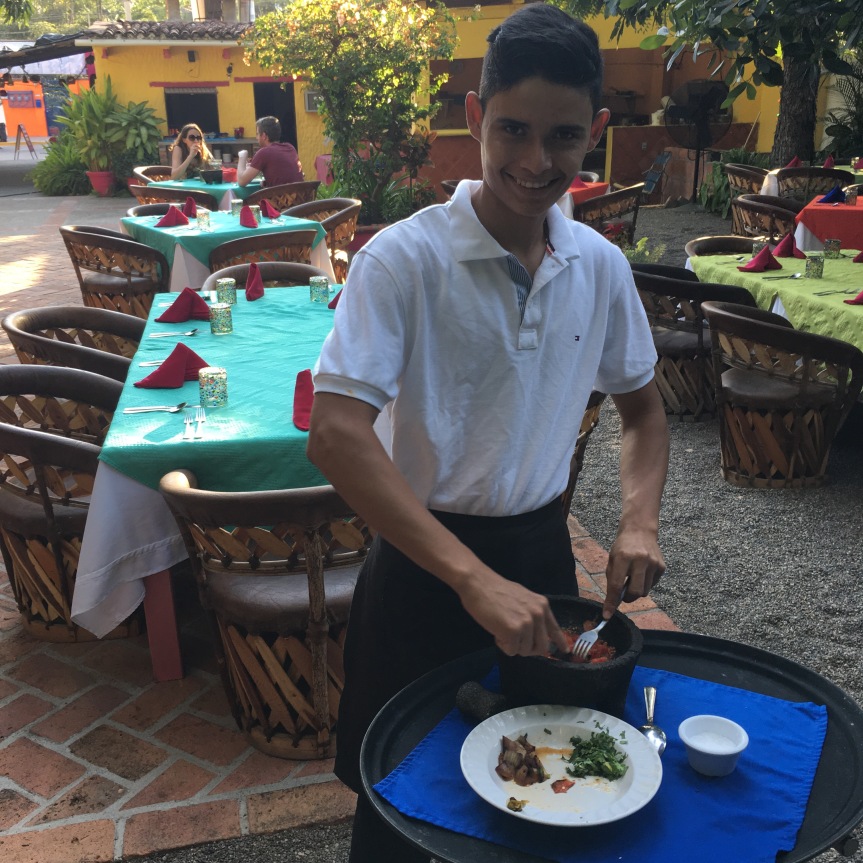 We were enjoying our time being out on the town. We talked about important stuff we’ve got going on and gave one another our full attention. The fish came, set up with mashed yams and sautéed squash. Killer food. We took our time eating then walked along the beach in the late afternoon air on the way to meet the Monday night group in the arroyo. Good to see the fiends I’ve missed since being away in Southern California. One gentleman from the frozen north celebrated 50 years of sobriety. Someone brought along a cake and we all lingered awhile afterwards eating and talking. Large crowds are tough with the mono hearing so we slid out after ten minutes or so. 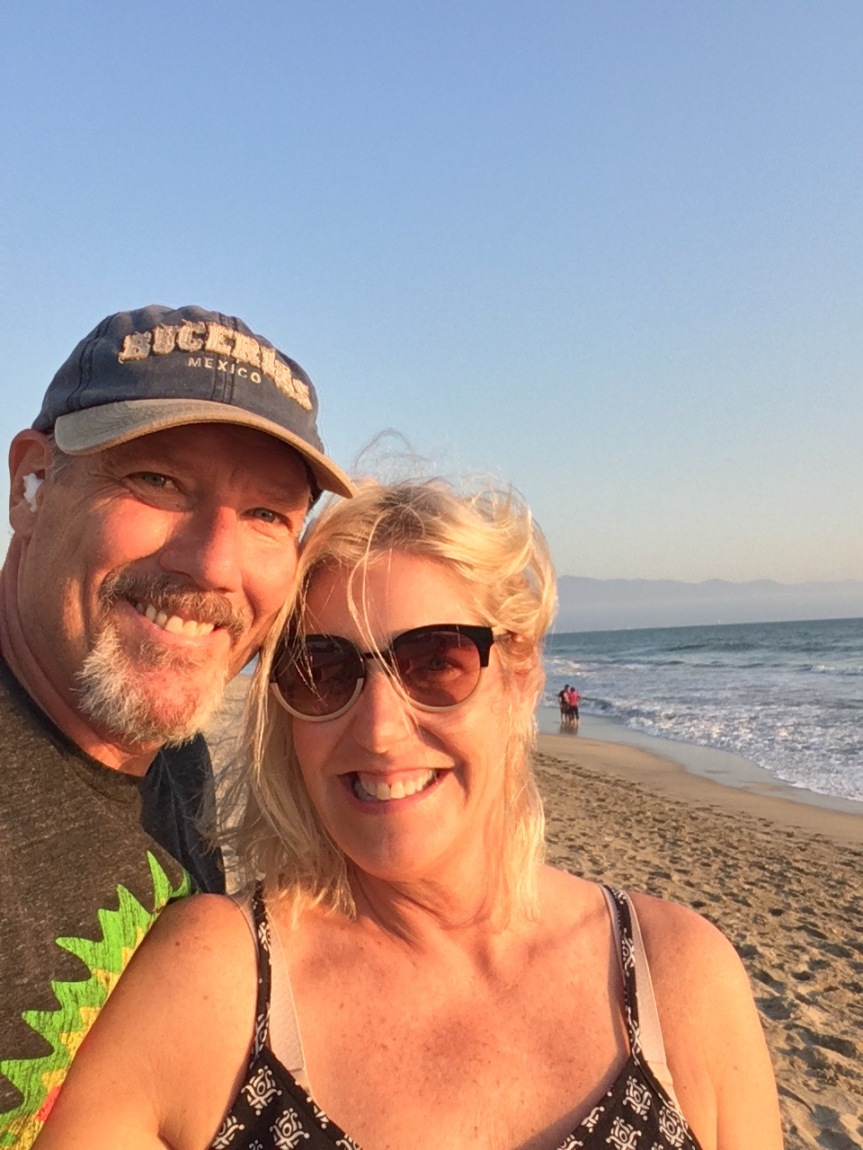 On the way home, I stopped at the pharmacy and stocked up on some antibiotics before catching a taxi back out to Los Arroyos Verdes. Easy night with a round of dog walking then an early night of rest. 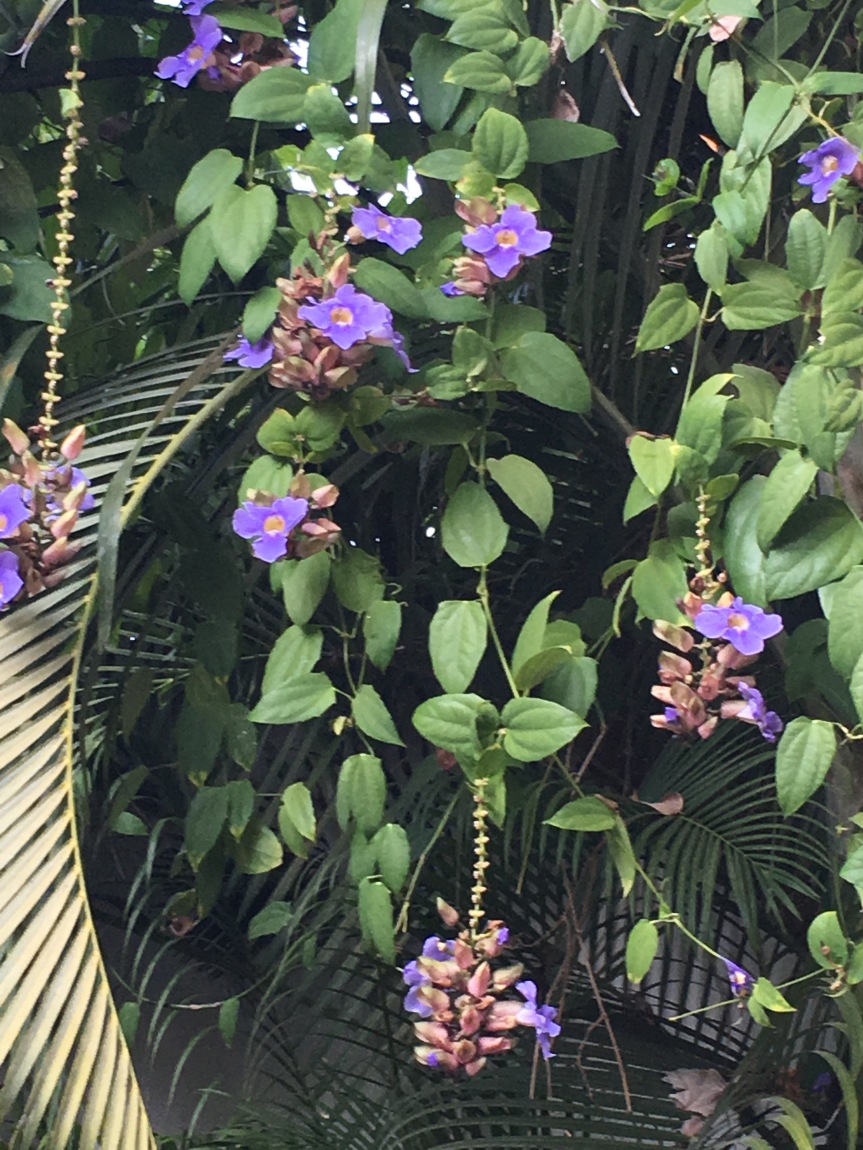