Each morning usually begins with a dog walk. PJ has been staying home to rest her heel, so I’ve been getting out with the mutts. I’ve been making an effort to explore a new area of the pueblo while the air is still cool. There are lots of little back streets to wander around on.

Back on the deck, I’ve been watching the blackbirds picking pink flowers from the tree across the way to use for building their nests. I spent the better part of an hour trying to get a shot of one in flight with its cargo in its beak. They were too fast for me but I got one half way o.k. shot. 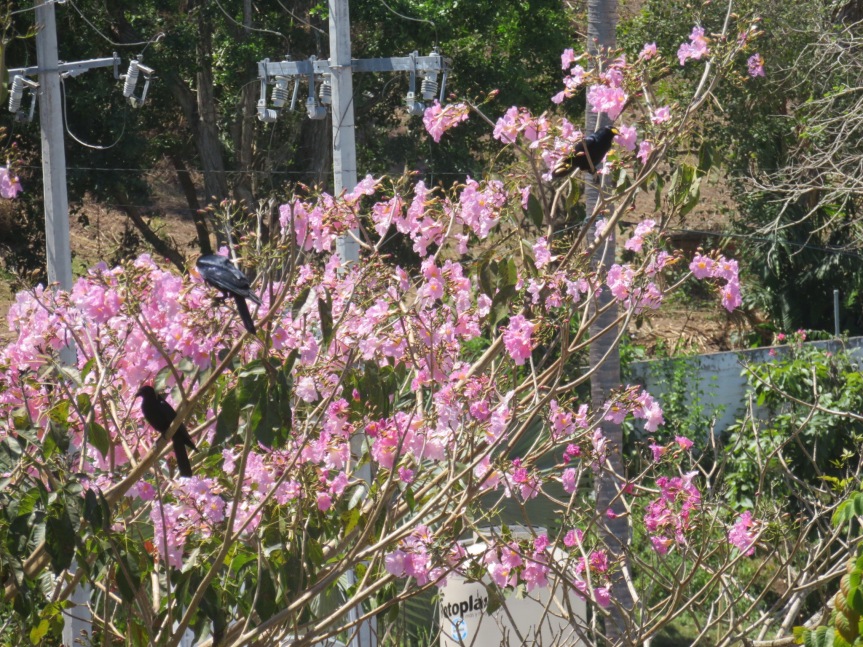 Mid mornings are often set aside as time for yoga and meditation on the deck. The dogs like to join in, stretching alongside us or sunning themselves on the patio. 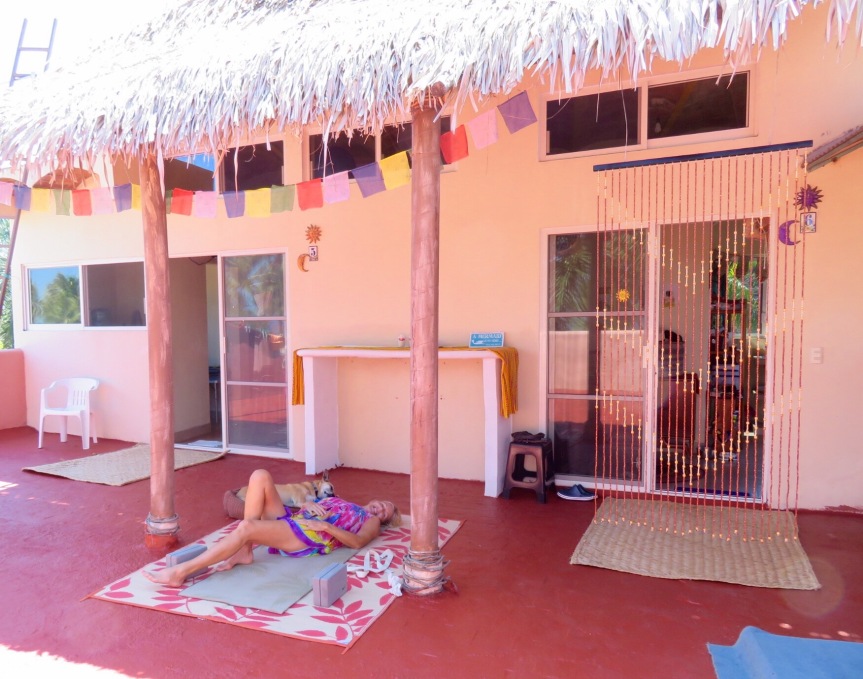 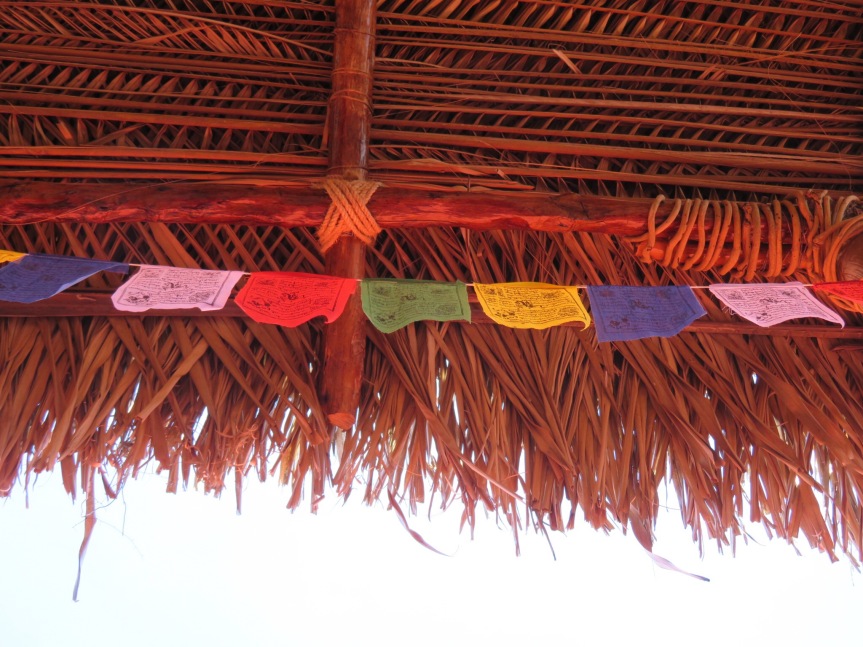 In the afternoon, it’s time for the beach. Body surfing, swimming, surfing or whatever the meager wave selection calls for. This evening, still dripping from our swim, we took a chair in the shade at the palapa restaurant on the sand just outside the gate and ordered up some fresh fish filets. Dinner was good and there was a lot of visitors on the beach to provide amusement as we ate. A bus full of hippie kids from San Pancho added to the scenery and we had a groovy dining experience watching surfers at the point, fishermen landing their boats and locals traversing the beach.

The sunset was going purple when we returned to the tower to collect the dogs for a walk into town. Wednesday’s they have live music in the zocalo, so we strolled all he way to the town center letting the dogs do their thing on the way. 90% of the gringos have gone home so the number of people dancing around the plaza has diminished noticeably. We saw Brian and Barb with their dog Luna in a backpack and hung around with them for a while before grabbing a few groceries at a small store behind the plaza and making our way back to El Pequeno Paraiso. 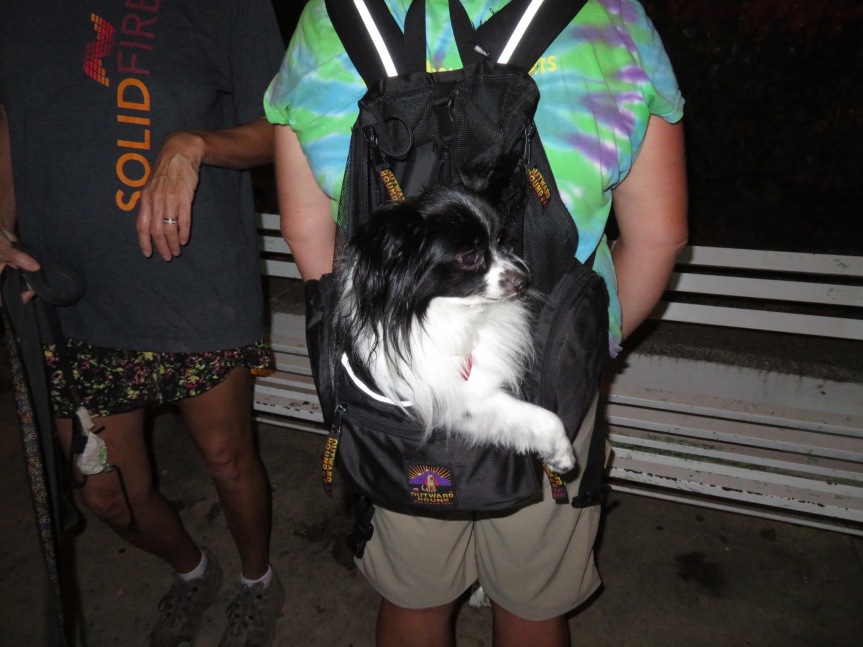 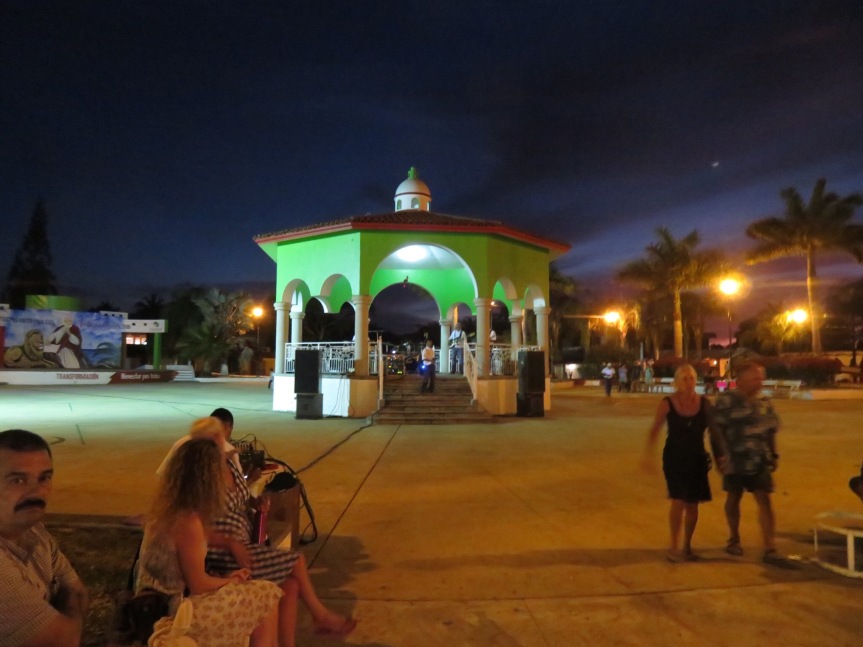