Mostly overcast all day today. Did the usual morning meandering through town. Relaxed on the balcony having a late breakfast and reading a book. A family of twenty (well it seemed like twenty) pulled in driving a large SUV and after some looking around, Maria installed them in the room below me. I don’t know if I’m having super olfactory senses today or what but not only did it seem like the cigarettes were being smoked right in my room, but I could also smell the woman’s perfume as if she were standing right next to me. A while later, another family arrived and rented a room on the first floor. I thought the holiday was over, but there must be another I’m unaware of.

Mango season is definitely here! The trees are everywhere and they are loaded. 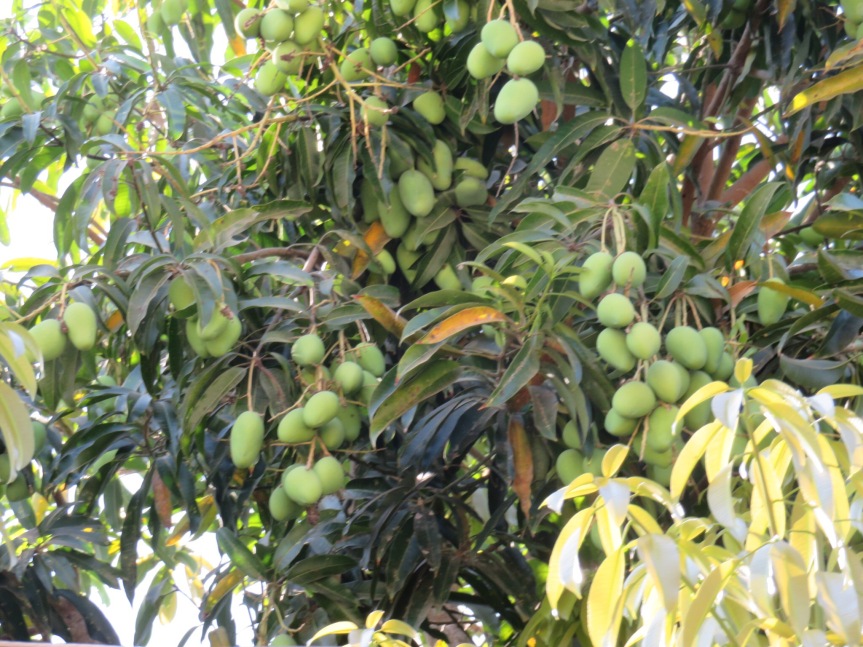 I saddled up my bike and did a run into town. I was hoping to get a barbecue chicken from Samuel on the corner by Bernal’s but when I arrived he had already sold out. I bought a few groceries in Bernal’s while talking to Miguel and Lety then continued down the cobbles to the smaller market across from the plaza. There, I picked up some more dog food and a package of the smoked pork chops they are known for.

I was rolling down the block to Rodrigo’s to buy some fish when I came upon a couple barbecuing chickens a few doors from the fish stall. Most of the remaining chickens were spoken for, but they had a half chicken I could have. Demesio told me have a seat in a plastic chair on the sidewalk while his wife finished cooking the bird and packaging up the sides. We had a long conversation sitting in the shade watching people pass by. Demesio is one of the fisherman who takes a boat out each day from the point. He says he sees me down at El Pequeno Paraiso when he comes down to the boat in the mornings. He had a million questions and we sat there laughing as I did my best to answer them. Next stop = fresh fish.

I was stoked Rodrigo was still open this late on a Sunday. His tiny puppies are now small dogs. Super cute, but a still a little shy. He had the usual sierra and some fresh dorado also. I got a half kilo of the dorado. We talked as he filleted them up taking special care to clean out any of the remaining blood lines in the center. I had never seen dorado this small. Maybe 3 pounders, almost trout sized. Not sure it’s cool to harvest them this size. Anyway, I already had them in a bag, but will probably stick with the sierra next time.

With fully loaded baskets, I pedaled back home and hauled my loot up the stairs. Fed the dogs then ate some chicken on the balcony while checking out my new neighbors. Took the hounds for a sunset stroll then we came home, kicked on the AC and closed ourselves inside. 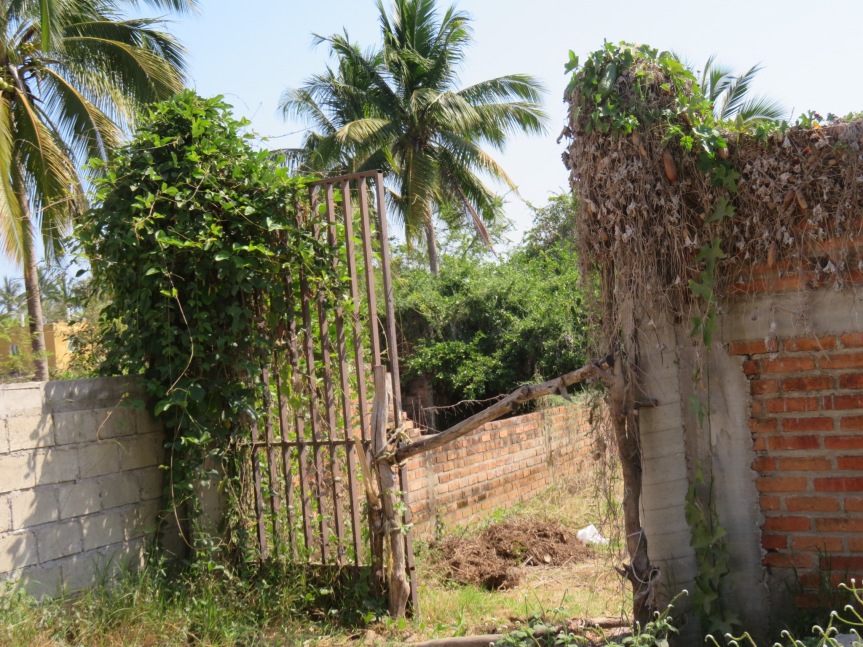