We’re taking today off. Time for a down day, nothing but lounging and relaxing. We stayed in bed late as most of the campground emptied out. The boys club across the street was already gone when we sat out on our bench for breakfast. I’d say about three quarters of the sites vacated today. 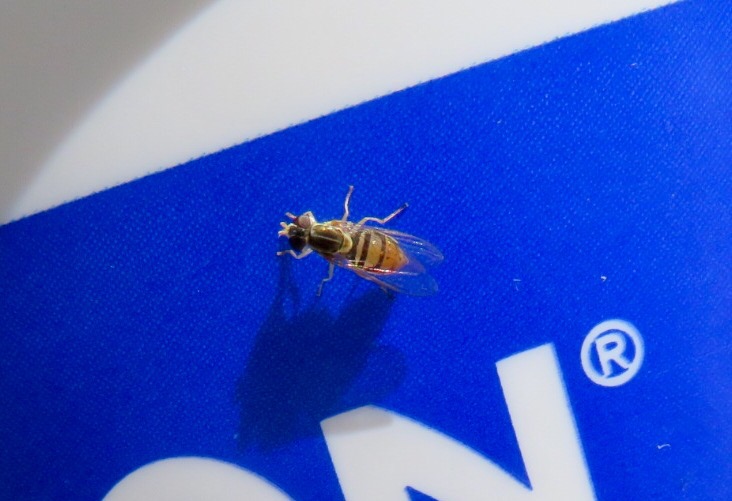 I rode the bike up to the office to register for another day. There was a half an hour line for the dump station marked by a little sign saying if you are here, it is a 30 minute wait like at a ride at Disneyland. A couple of staff members were out directing traffic so non dumpers could bypass the line and to make sure no one tried to sneak around the front. The girls in the office were super friendly and we are good to go for another night.

We sat around and read. I broke out the guitar and played a few mellow riffs. The weather is cool, I think the high today was 72F with lots of wind. The dogs had a nice swim in the pond then chased each other around through the brush. I took a long, hot shower then after lunch, we decided to ride around the area on the bikes. 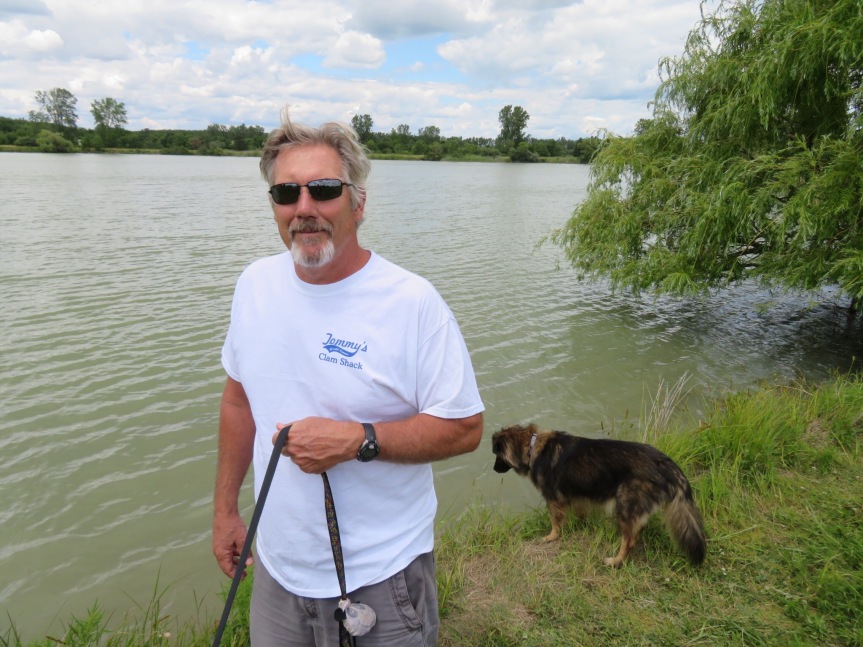 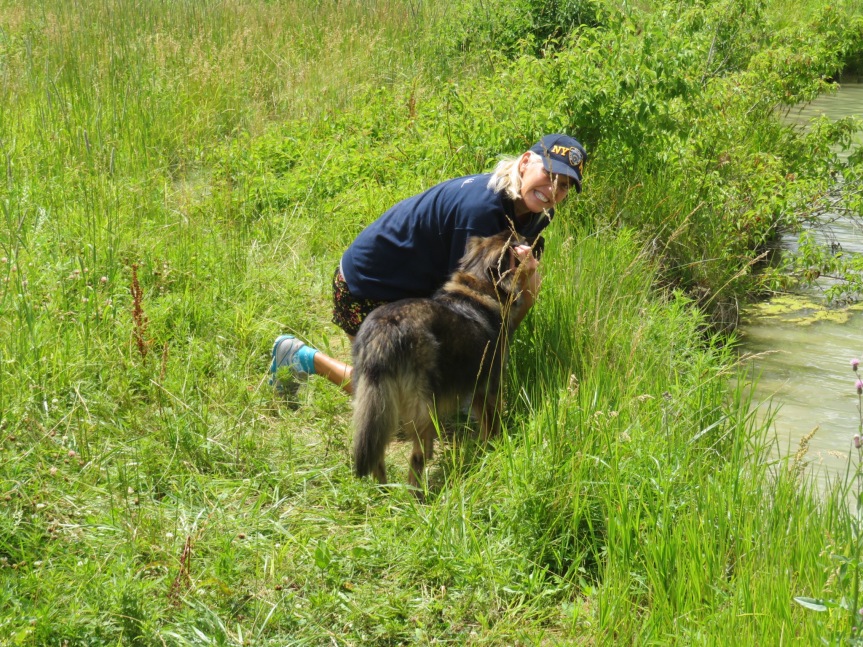 We toured the campground, going up and down the numerous loops looking at sites and examining different motorhomes. We rode around the pond where some young boys were trying to catch fish. The long paved paths to the beach started out from there so we headed back out to the sandy shore of Lake Erie to see what the Sunday crowd was looking like.

The clouds and wind were putting a bit of a damper on things but there were still a lot of locals down for a day at the beach. We took up residence on a park bench overlooking the main swimming area and observed the human species in their natural habitat. Mostly families and groups of young people. A lone wind surfer was braving the cold and launching his sail. A few people were bold enough to swim in the funky cool water. 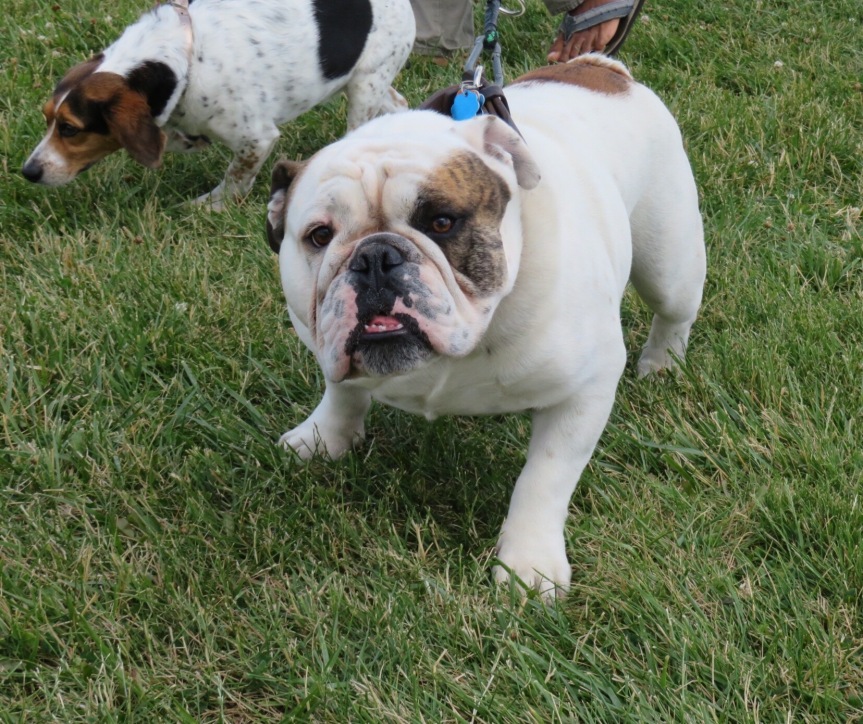 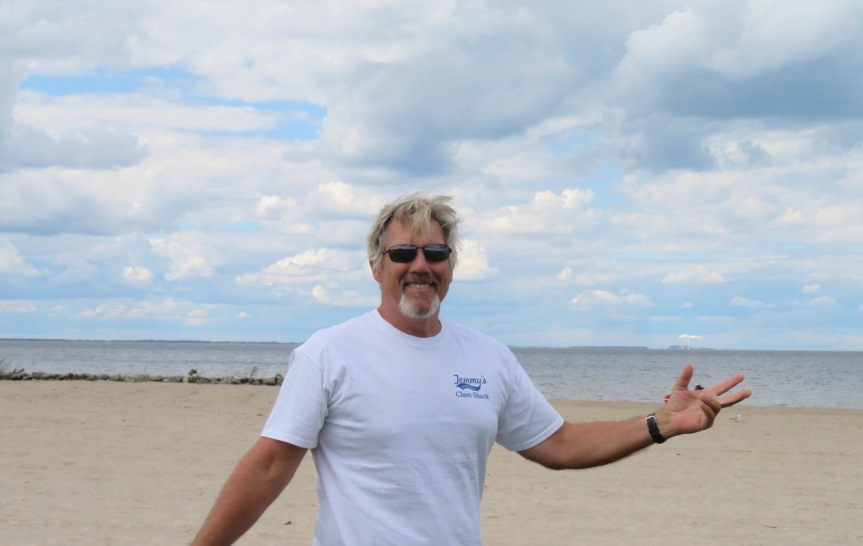 PJ came to the conclusion that since she was at a great lake she needed to swim in it so she could say that she had. After reading the sign warning of the risks of toxic algae and advising swimmers to keep their mouths shut, she waded into the cool Erie water in her street clothes and took the plunge. I guarded the bikes and snapped some photos. She says the water is warm, but it was cold getting out. 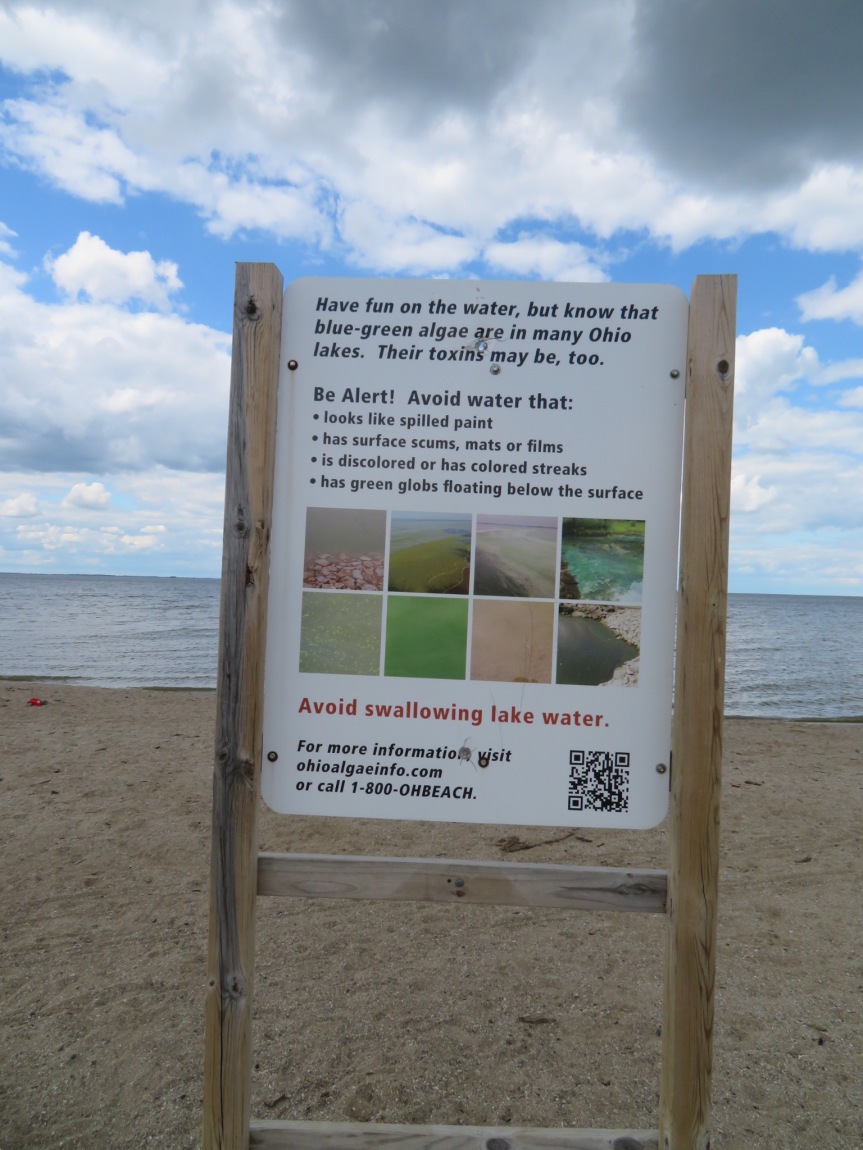 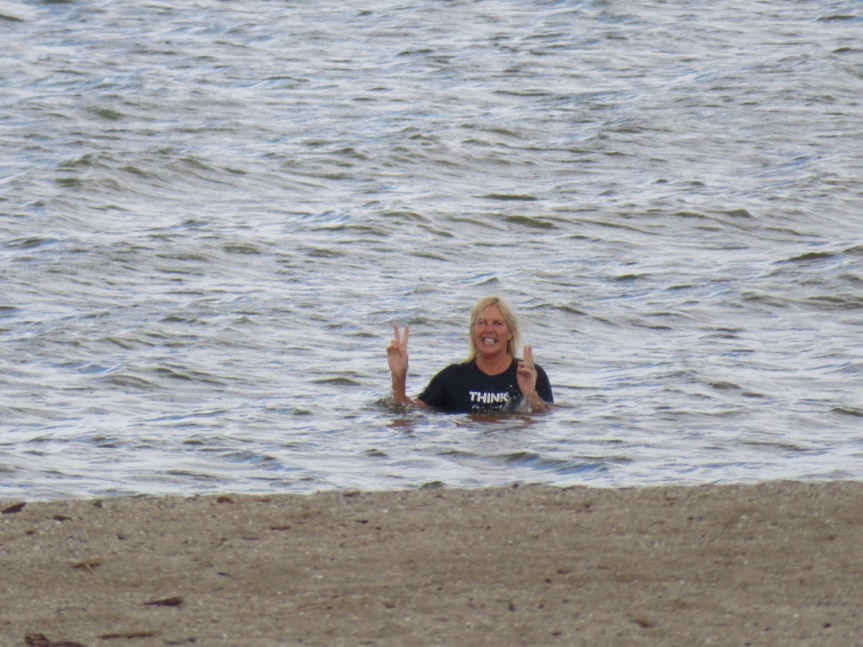 We sat and dried for a whole, then rode back along a different bike path through some tall cottonwood trees. We passed another pond where a local fisherman was pulling in a decent sized catfish. There were quite a few other cyclists and lots of dogs getting walked. It was a fun and easy day hanging around the park. 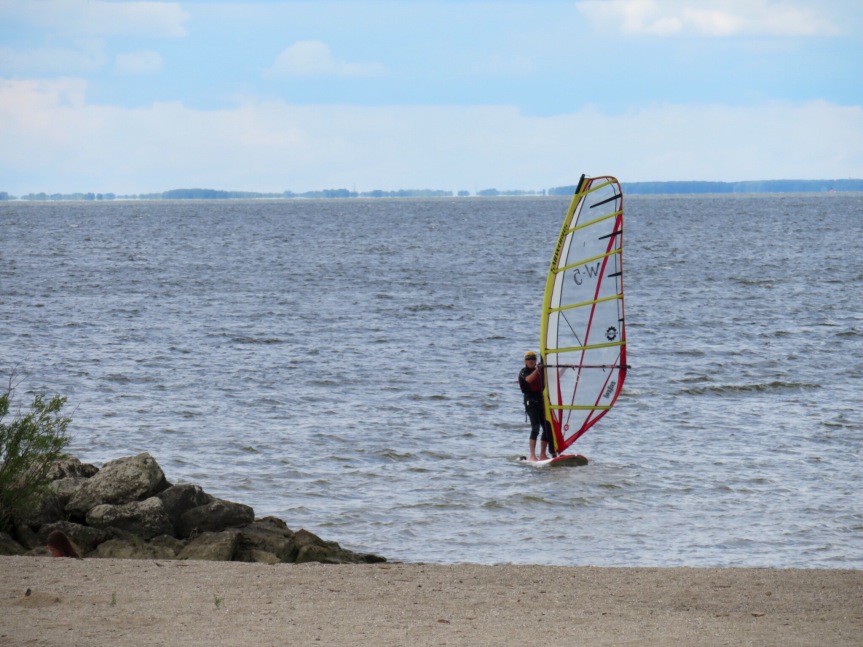 Back at the RV, I napped while PJ rinsed off whatever infectious critters she might have picked up in the water. I cooked up some mushroom and cheese omelets and it was a quiet night. 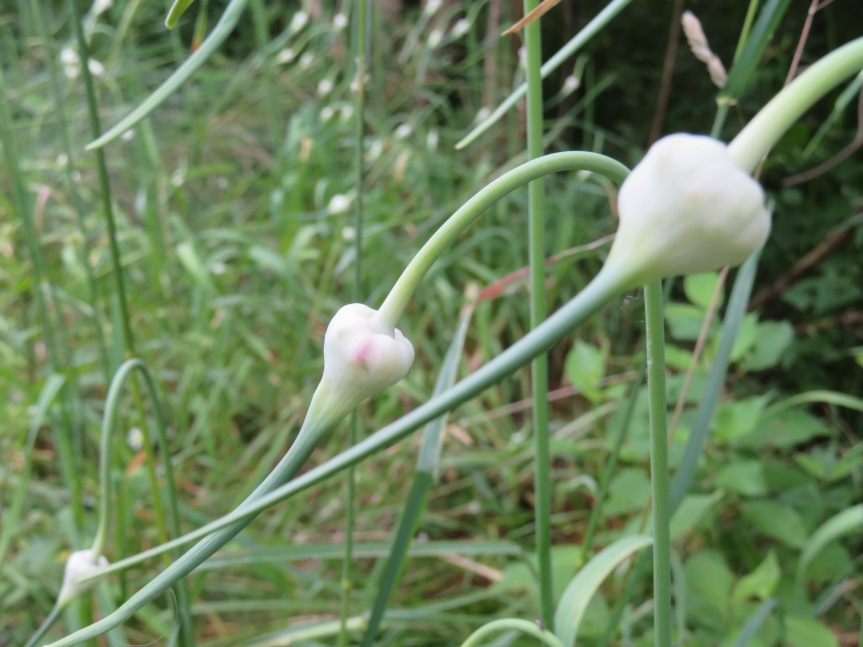