Sunday morning, were up early again with Cali walking her around the campground. She is still not eating very much and consequently has trouble going to the bathroom. We got a little more sleep, then sat outside drinking tea and having a leisurely breakfast. Quite a few of the neighbors were packing it up and heading out. Nice for us.

Around midday we hailed an Uber and rode into Hampton Beach to have a little look around. Traffic was crazy getting into the main beach zone, so we paid up our driver, then jumped out and walked the rest of the way in. Busy day down at the New Hampshire shore.

The main drag has lines of shops and eateries catering to the influx of tourists that descend upon the area. An amazing amount of Québécois strolling along the boardwalk and having a go at surfing the non-existent surf out front. The day is a bit overcast, but that doesn’t seem to deter anybody from coming down.

At the band shell, there was a singing contest going on karaoke style with a $1000 prize. We listened to a couple of contestants then walked across the beach highway and got righteous overcharged for a crappy burger and fries. They get you on the drinks which aren’t listed on the menu but when I was baffled by the price, I asked for a receipt and was astounded at the cost. Oh well, getting burned once on the carney strip won’t kill me. We took our food back over to the bandstand where they had benches in the shade and ate our lunch listening to a few more songs. 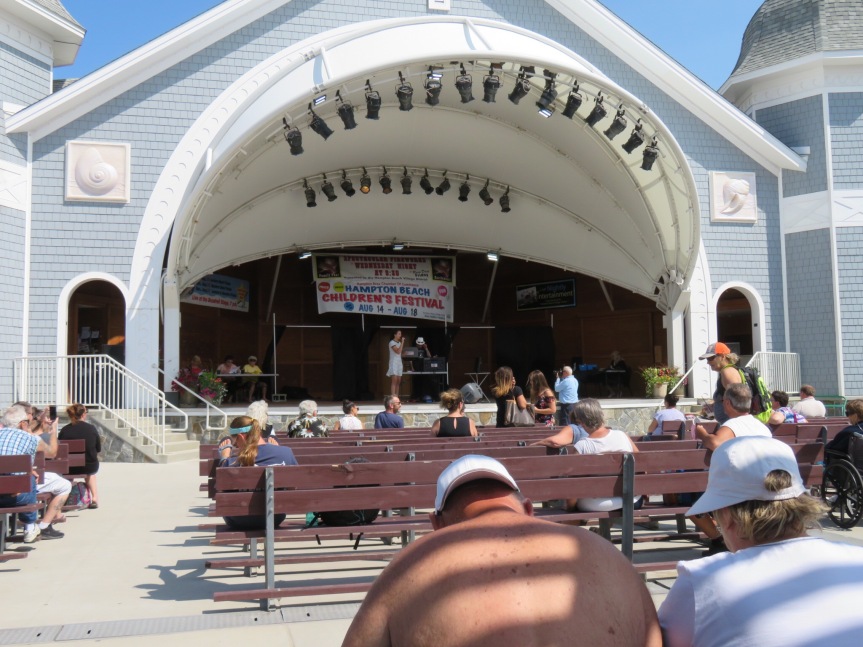 After lunch, it was browse the shops time for PJ. We wandered around the boardwalk looking at all kinds of curio and souvenir shops. I mostly took a post on the sidewalk outside to watch the wide variety of humanoids pass by. 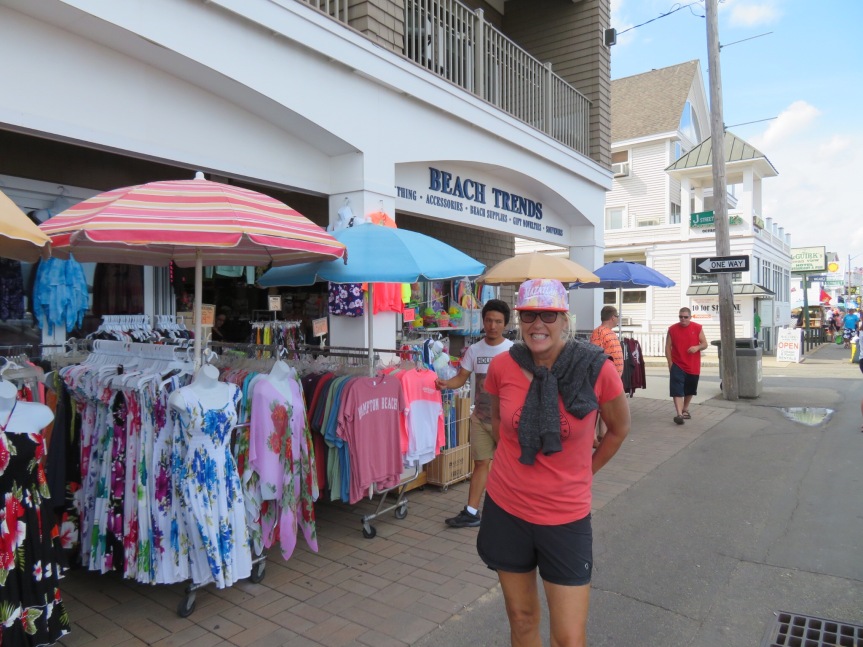 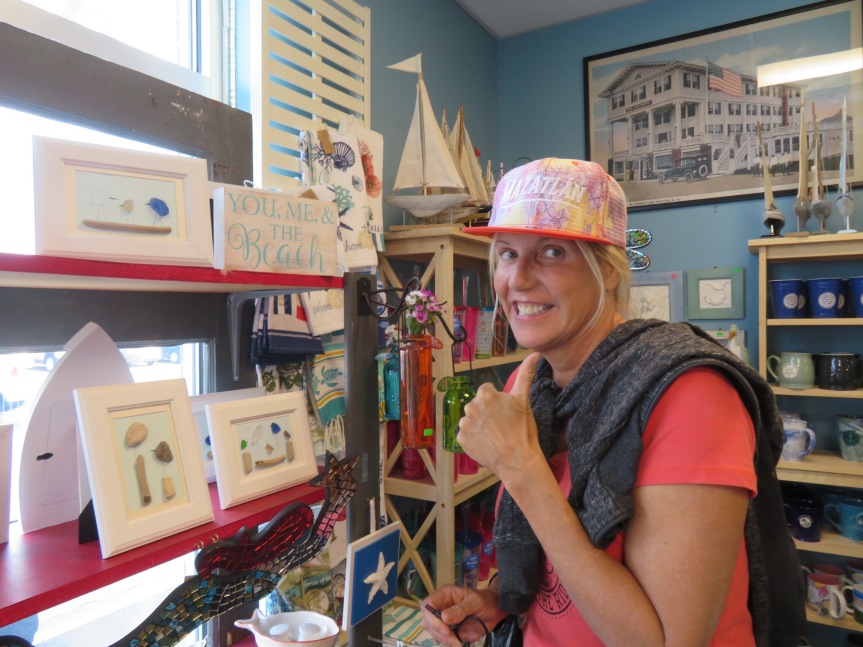 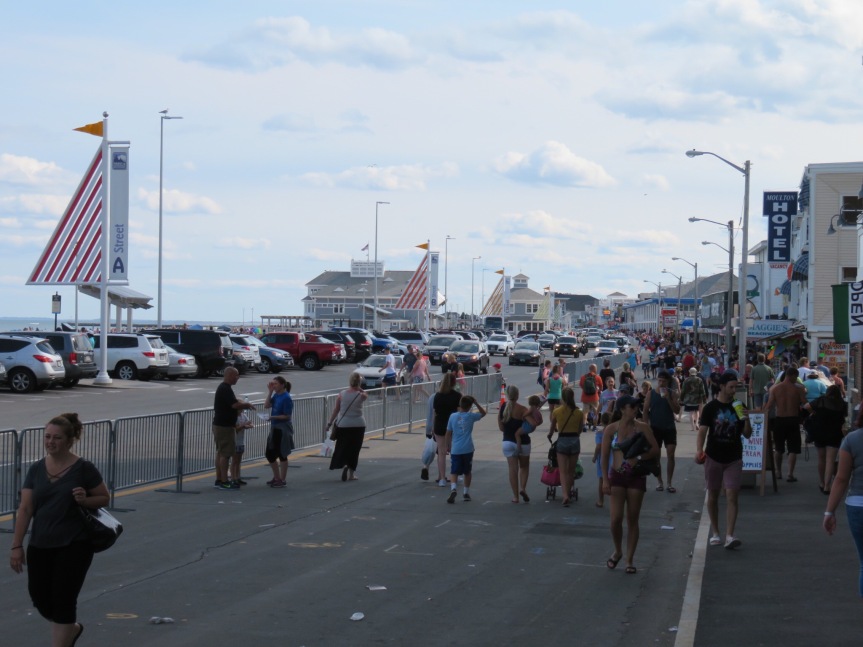 We walked back along the beach front and came upon a couple getting married on the sand in front of the war memorial. A large crowd of beach goers was congregating along with the invited guests. The whole throng broke out in applause when they were proclaimed man and wife.

Groups playing volleyball, a two person parasail, and mobs of colorful people out for a Sunday at the beach. It was an exceptionally enjoyable day for us, setting aside our worries and feeling free and easy in the circus atmosphere of Hampton Beach. We walked back up the side street poking our heads into an old church then hailing a ride home. Our ride was there within minutes and we were back inland at Sea Coast in no time. 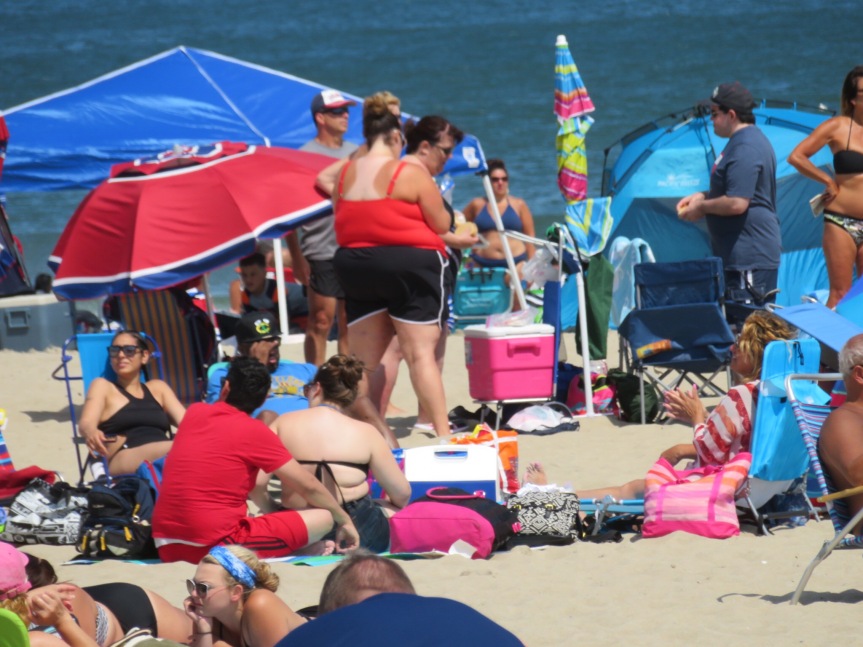 We let the hounds out for a walk, ate some dinner then bought a load of firewood from Frank, the older guy on the utility cart that circles around the campground selling logs to all the happy campers. We had a nice fire and watched as the full moon emerged behind the large stand of trees that line the tent sites. 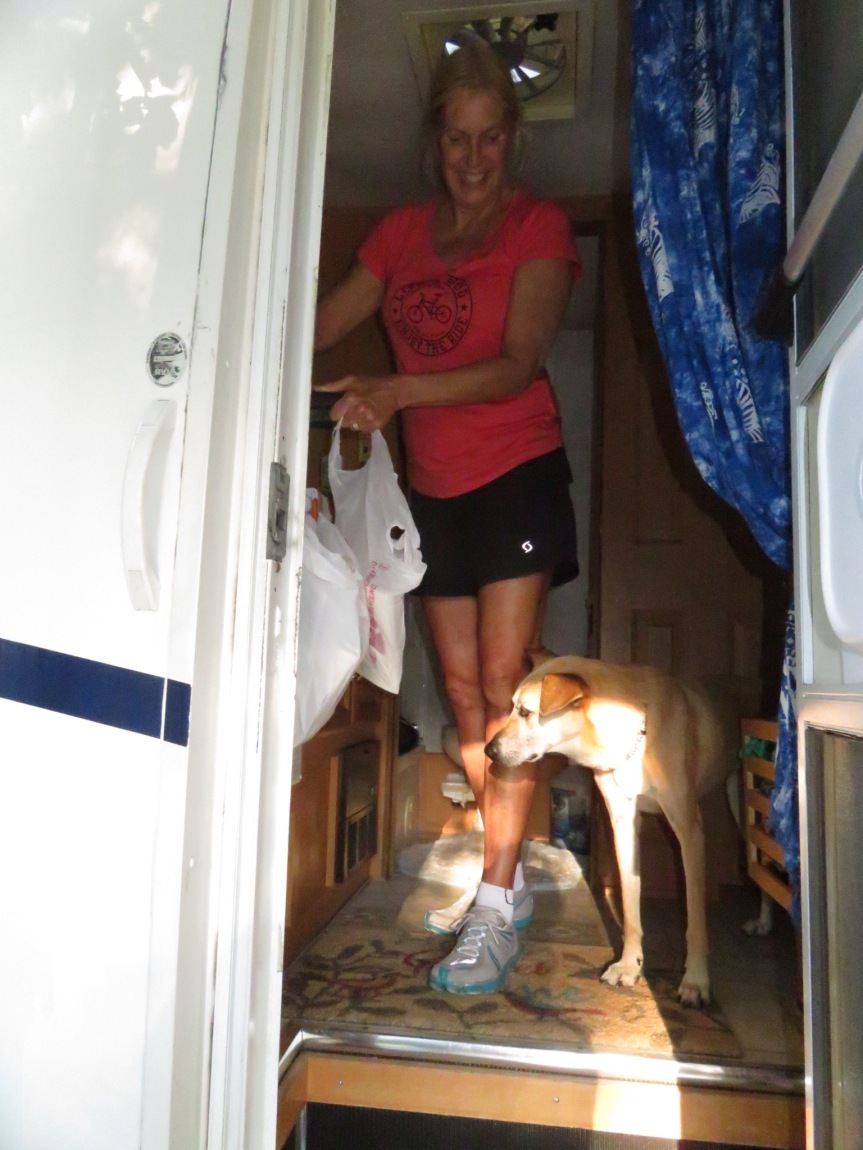