We weren’t in any hurry to rush off from Woodside Lake as our next overnight is going to be in the Quadra Manufacturing parking lot in White Pigeon, MI. We ate our cereal then put things in their places and pulled out of our grassy spot. The owner never bothered to come check on our non-functioning water spigots after promising the Michigan boys next door that he’d be down to look into it. That and having one of the crappier dump stations lowered my campground rating by a few stars. 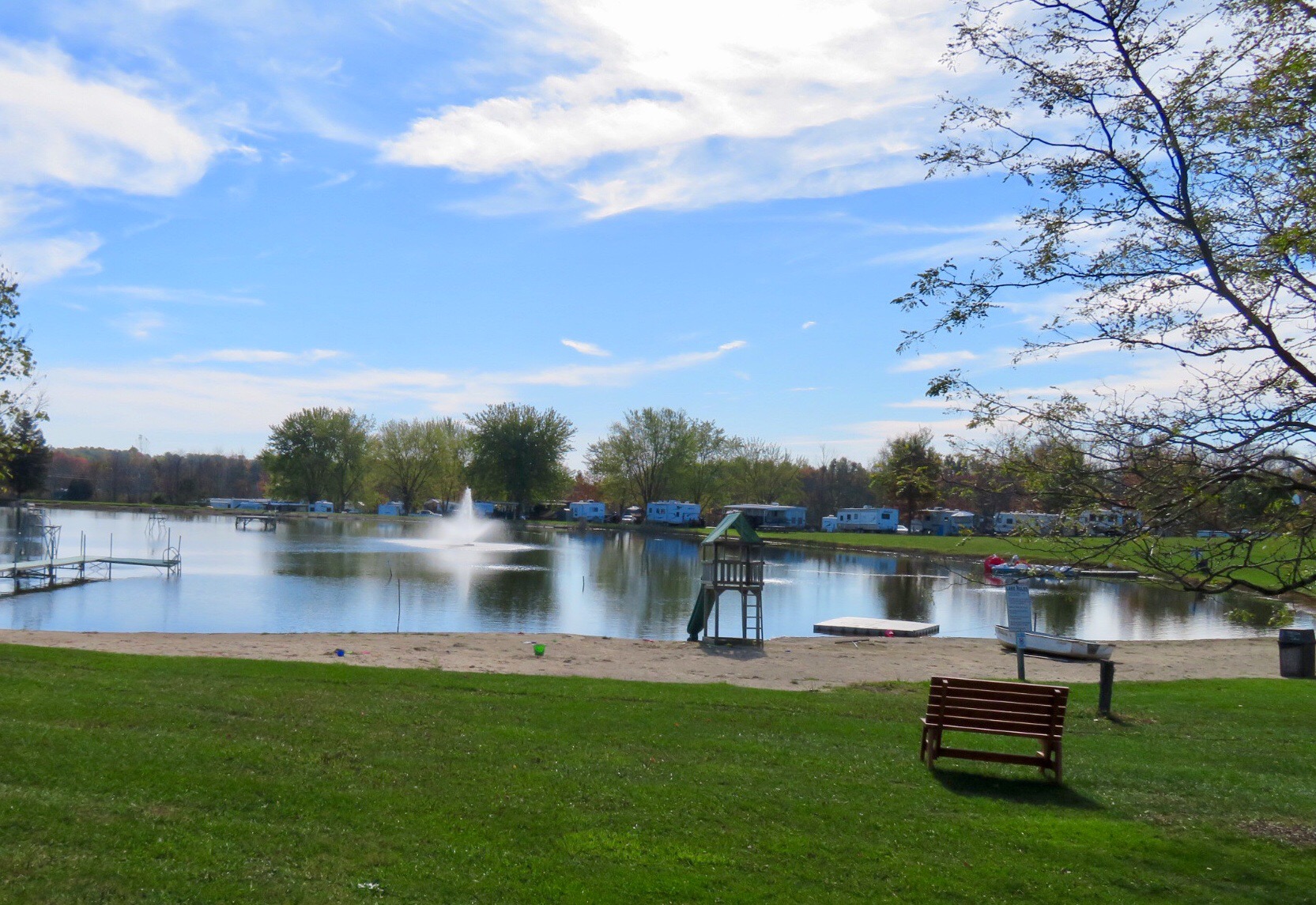 We hit the highway for what would be just a long grueling days work. The wind was blowing hard and the countryside had lost some of its shine. Pennsylvania’s free highway had given way to Ohio toll roads. Put the motorhome on cruise control and wrestled it on down the road. Stopped at one of Ohio’s fancy rest stops with the food court and gas stations. PJ grabbed some some Panera sandwiches while I walked the dogs. Filled our bellies then filled the gas tank. Wilson stepped up his game and increased the mpg to 8.9 for this tank of gas. Mostly flat roads at a steady 65 miles per hour. 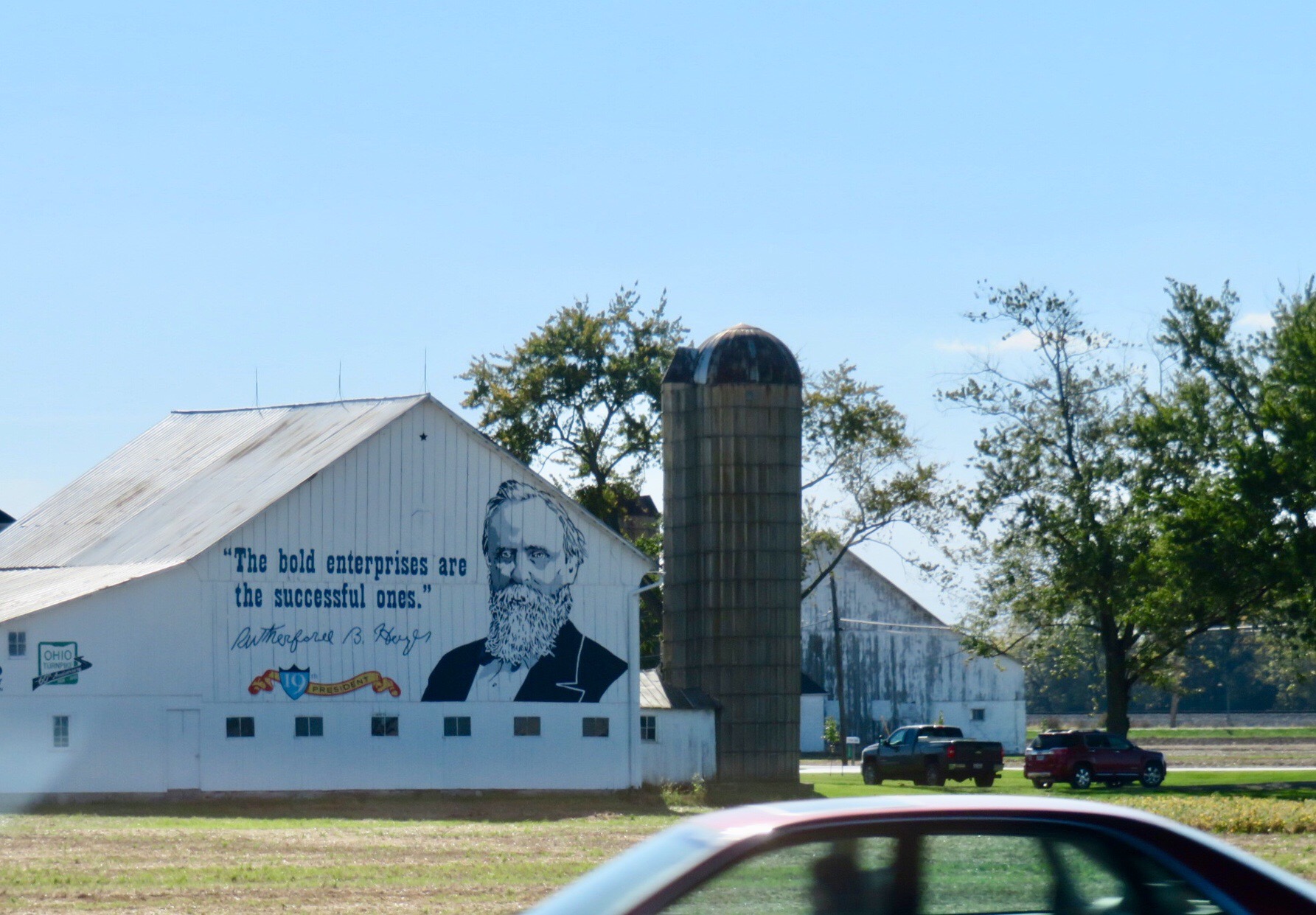 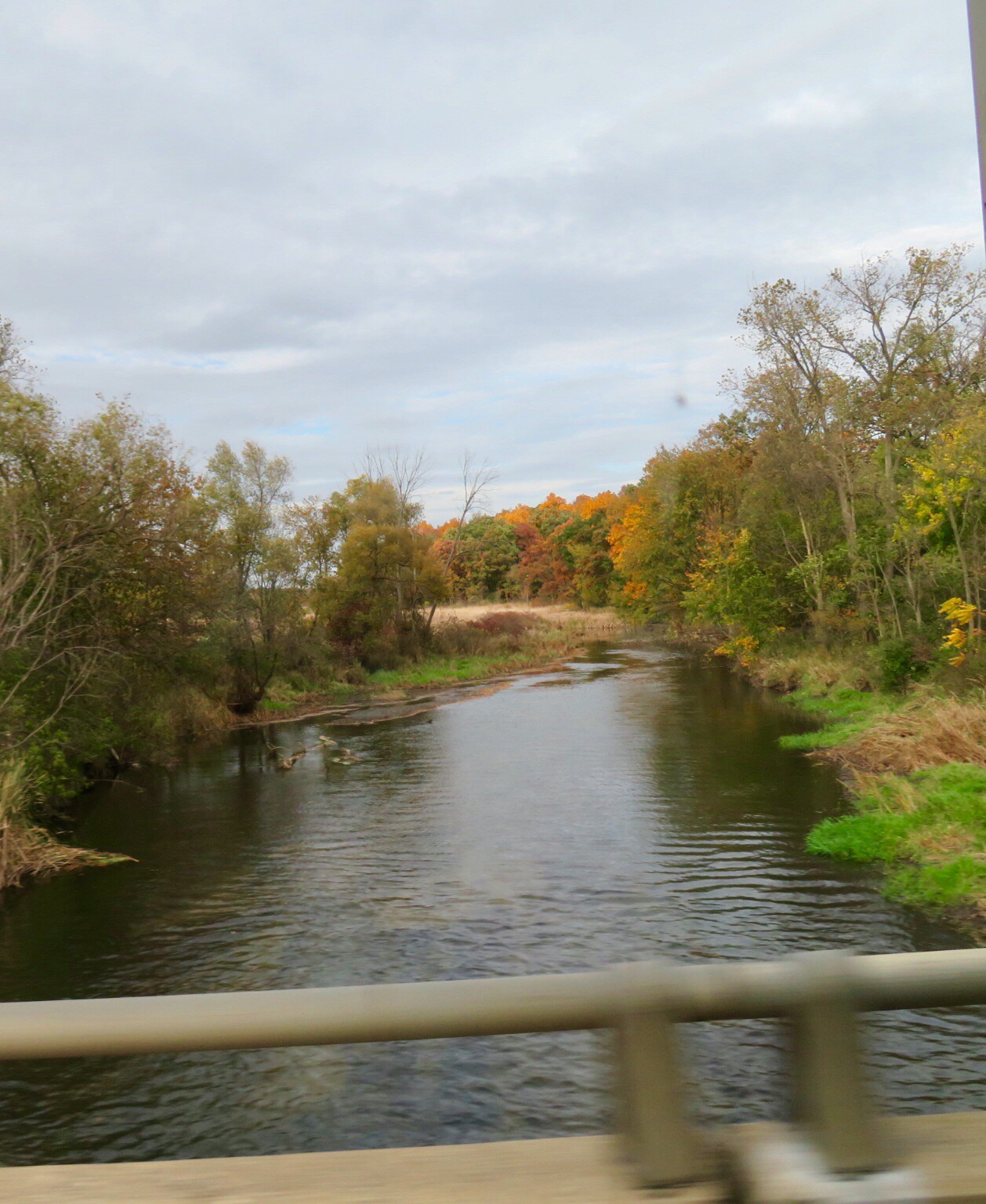 Right before entering Indiana, we were stopped at the toll booth and charged $25 for the privilege of bouncing over Ohio’s potholes and squeezing through the narrow detours of k-rail where lanes were lost due to ongoing construction projects. People complain about taxes in California but at least I don’t pay $25 everyday to drive down the street. It wasn’t too much further from the state line that we reached our exit towards White Pigeon. We arrived just before dark and found the electrical hook ups behind the installation center. Plugged in and leveled up while PJ walked the dogs around the large grassy area behind the Bigfoot compound. 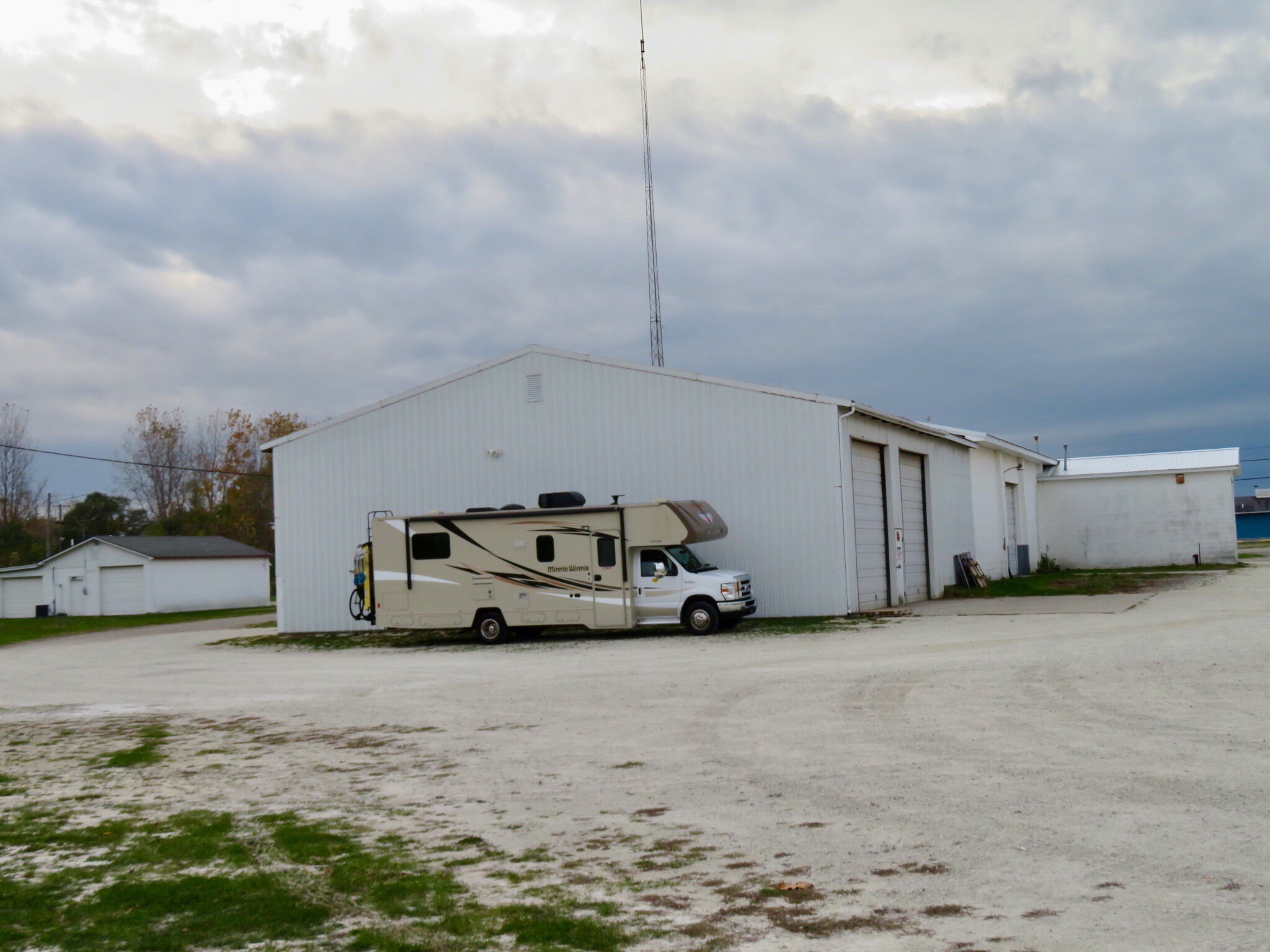 Wilson hiding out behind Quadra Manufacturing

We wandered around the grounds and talked to another couple bringing their RV in to get their leveling system checked. Eric and Carla have been full timing for 8 years but recently bought a house near their children in Illinois and are settling back down. As night fell, we closed ourselves in and watched the Patriots game while eating the leftover halves of our sandwiches. Odd night sleeping, kind of exposed and the trucking company behind us started loading up trucks from midnight until 5:00 am starting and idling their diesel trucks while jockeying them around at the loading dock.