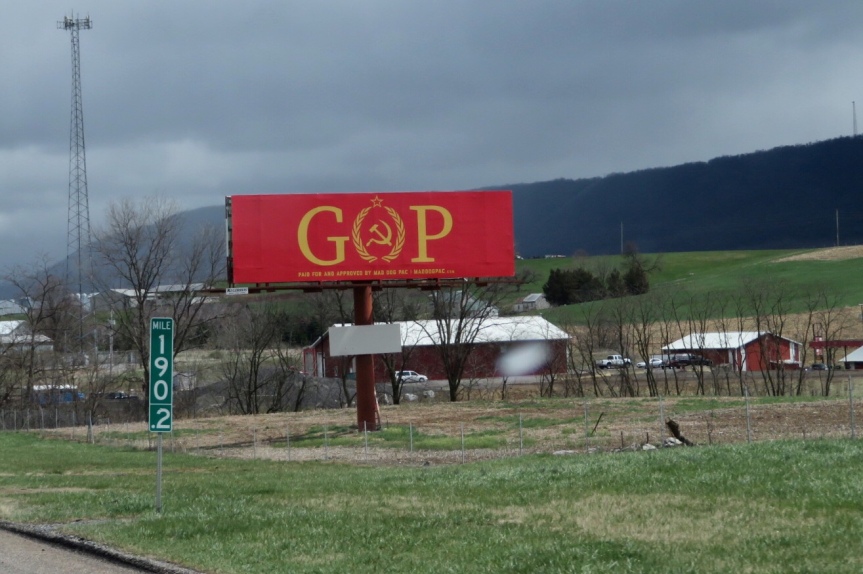 I began the day debating whether to move along or stay put for the day. It is raining steadily and it is supposed to turn to snow at 10:00. Online, I saw that winds were predicted to have gusts of 40 mph. The negative for staying is that the lows tonight are forecast to be in the high 20s so there is a real risk of freezing some of the plumbing. Bob says he’s been okay, but I’m still concerned. I checked my route north towards Altoona and it is forecast in the 20s also, so I checked an eastern route and saw that going towards Hershey would land me in an area with lows right at 32. The motorcycle girl was mounting up and heading into the storm so I figured I might as well jump out on the road. The idea of just sitting inside a rained in RV seemed depressing, so off we went. 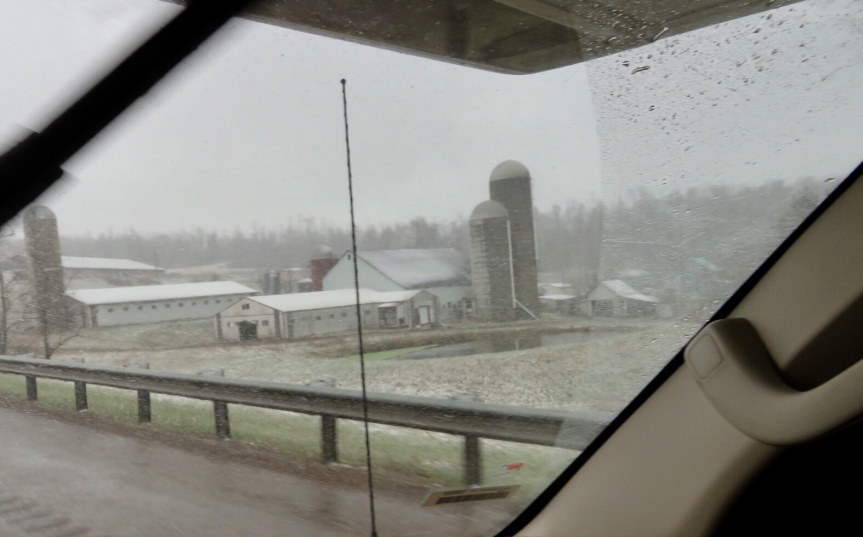 True to the weatherman’s word, the snow began flying in flurries right at 10:00. We climbed up and down steep hills and wove our way through leafless forests. Soon, we were into Maryland during the height of the storm. We cruised along until we crossed into Pennsylvania, a three state day. The GPS turned us off on a small north/south country road to connect us with the eastbound highway to the north. I was holding a line of cars back, so we pulled off at the Cumberland Valley Volunteer Fire Dept. and took a break in their lot. A pretty area of wide open green fields with quintessential American farm houses backed by tree covers hills in the distance. Walked the dog and made a sandwich. A jittery little bird came running alongside us doing all of its wounded bird imitations trying to keep us from getting too close to its nest. I thought it was cool, Cali hardly seemed to notice. 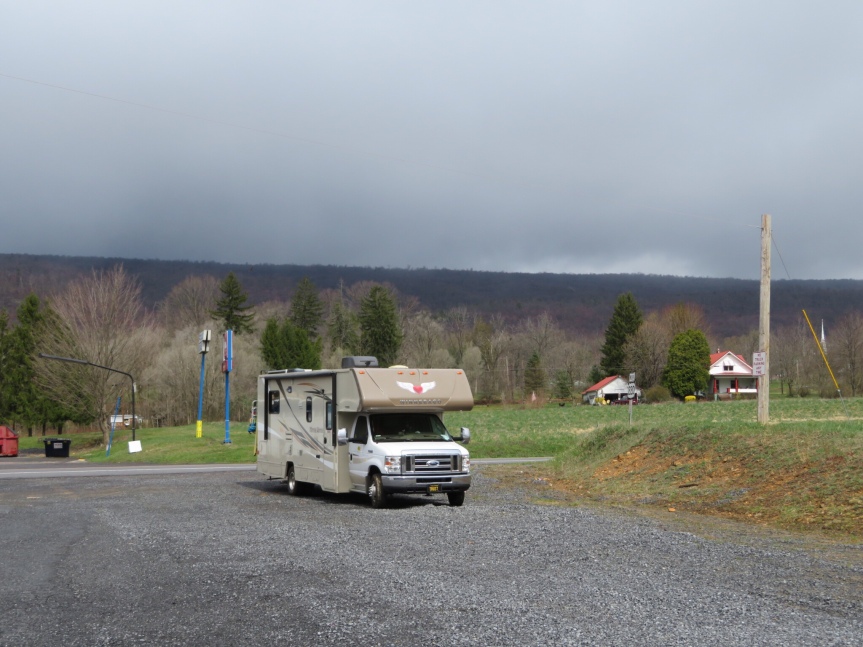 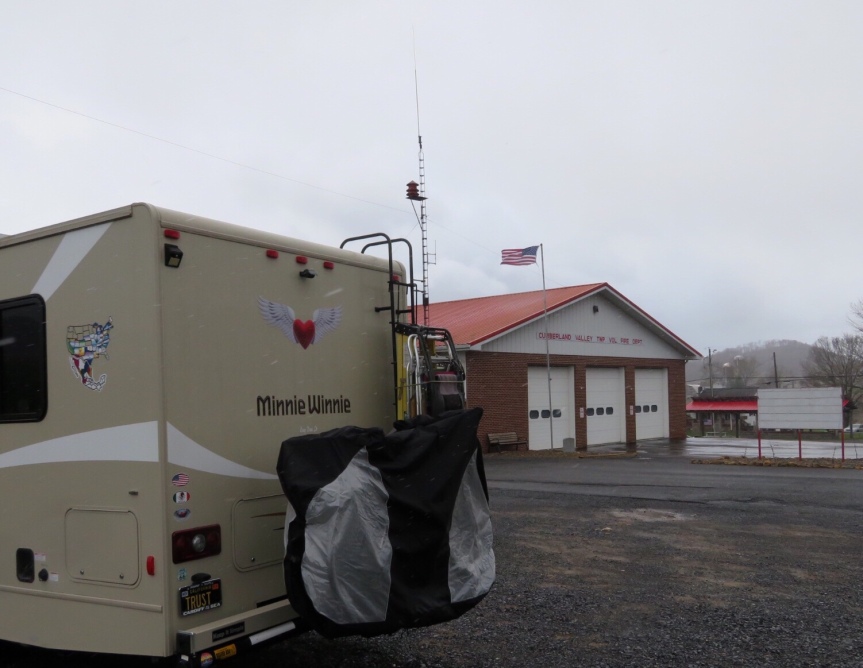 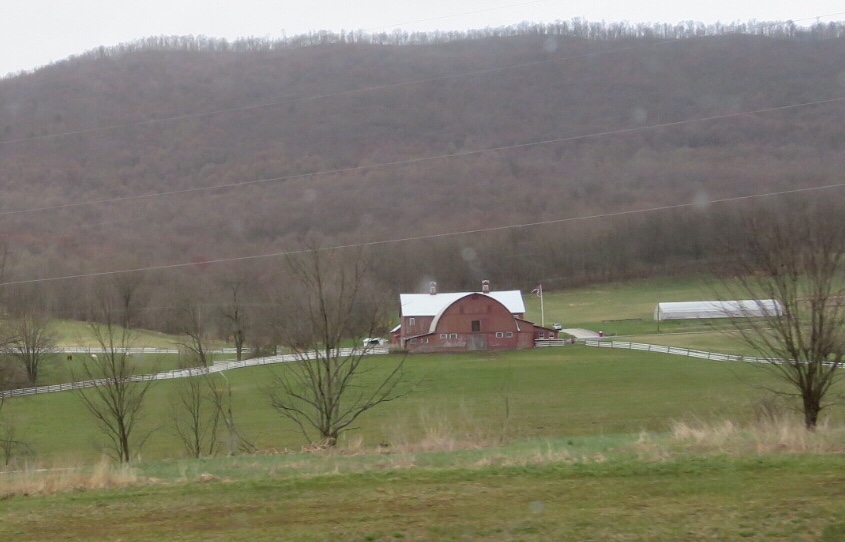 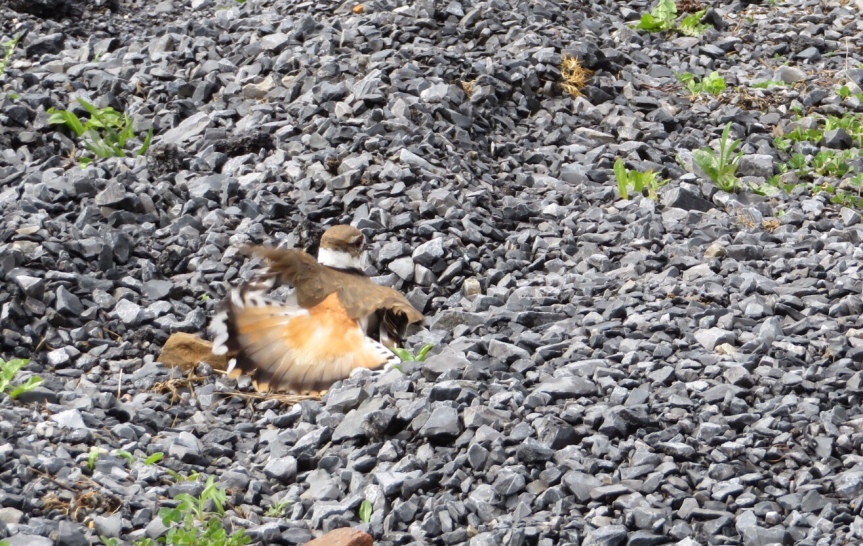 Next, we were on the turnpike heading east towards Harrisburg. The rain eased as the afternoon went on. There were long sections of construction where us large vehicles would be shunted to the left lane. I guess because it was wider. Tight quarters, lots of trucks and gusts of wind. A white knuckle section. There were a few tunnels to pass through also. Narrow and close, but at least there was no wind inside to push you around. Passed through some old, industrial towns with lots of brick factories and a worn down look to them. We pulled into a service area and stretched our legs. 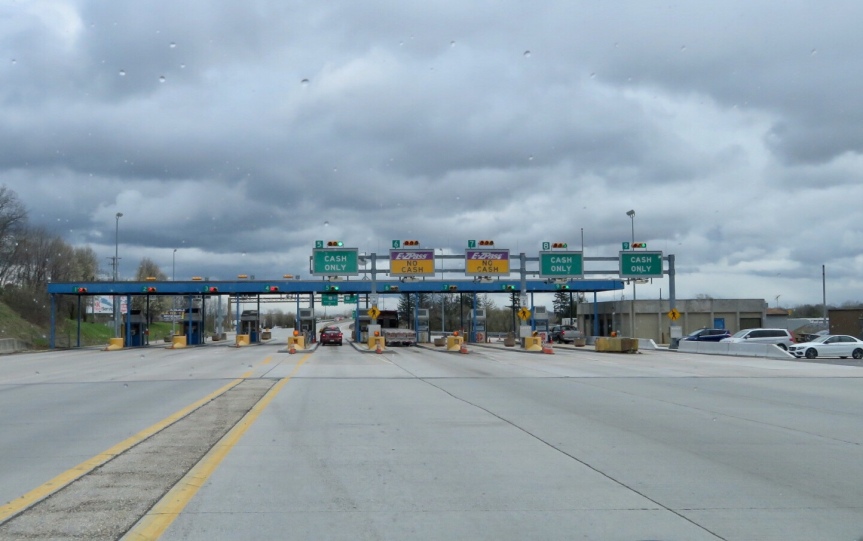 I had set the GPS for a place called Rick’s Marina and Camping near Harrisburg. It had gotten a few decent reviews on Google and looked to be on our path towards Rhode Island. Skirted some urban areas then ended up in a quieter neighborhood where we wound our way down to the water. My first indicator as to the quality of Rick’s was the flooded out rusty underpass to access the riverfront. Wilson barely cleared the 11’ 3” bridge height. What do bigger RVs do? I drove along the river until I reached a barred off point. There were a couple of gravel sites visible on the river. Small and bare bones. A few eighties era old class As were scattered about looking like long term renters. It just looked run down and depressed. I turned around in the little lot and drove out to a wide spot just past the low bridge and got on the Internet. The route to RI goes up through Hershey so I plugged in the Hersheypark RV park and drove another half hour and settled in there. A bit high in price but it’s comfortable and I’m done driving. 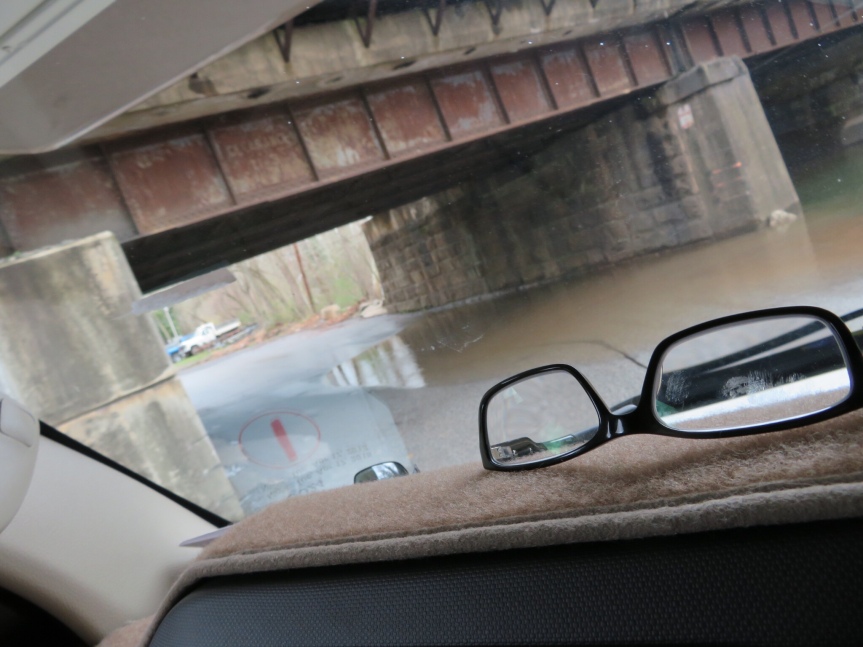 The entrance to Rick’s

Parked up in Hershey

Took Cali out to inspect the grounds. We walked for about 45 minutes then I put her inside and made an appointment with the MedExpress Urgent Care to get my funky red tick bite looked at. Summoned a Lyft and a few minutes later a Jamaican guy pulls up and gives me a ride. As usual when out of our local area, the staff has a hard time figuring out my insurance. They finally called the consortium and got it straightened out. I was seen by a sharp young PA who checked the wound to make sure there were no tick bits left inside then she put on some antibiotic and a band aid. She examined the tick and it was pretty much intact just missing part of a leg. She did some research online and figured it is not a local species but it is a Lone Star Tick. That makes sense since it is so cold here that they shouldn’t be so active yet. It must have stowed away back in Texas or Arkansas then waited until now to make its move. This particular tick more likely carries Erlichiosis rather than Lyme and the odds are a lot less. So that’s a positive. She prescribed a prophylactic dose of antibiotics and gave me signs to be looking out for. They called in the Rx to the Rite Aid and I got a Lyft to the pharmacy. 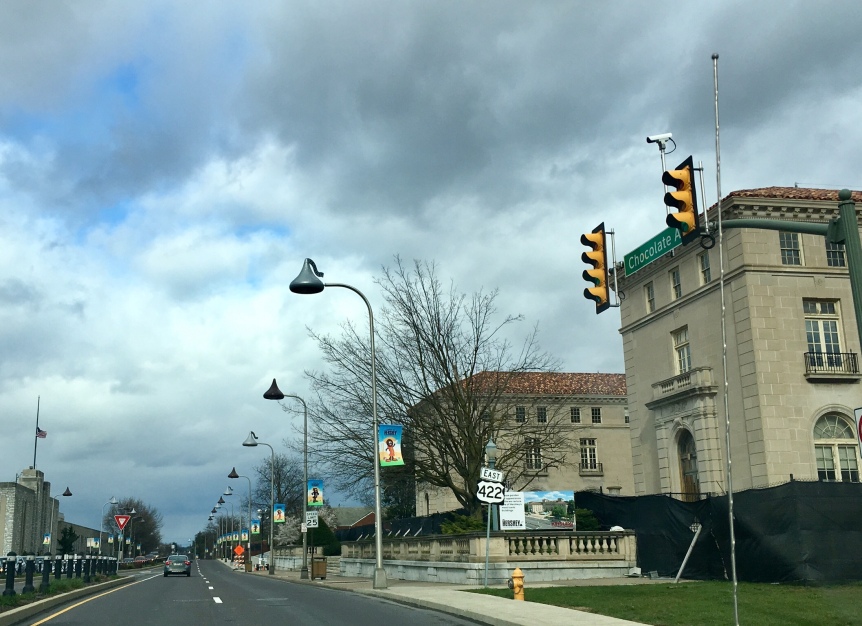 From there, I walked a few blocks to this small Italian market to get Cali some ground beef. I got a container of Italian macaroni and cheese at the deli and some Italian sausage in marinara sauce. Right next to them was the packages of freshly made in house cannolis, so I had to throw those in the basket as well. I clicked on another Lyft and went outside to wait on the bench. The sun was going down and so was the temperature. It was near 40. I about froze waiting the 13 minutes for my ride to appear.

Back at camp, the hound and I did another inspection of the facility before cooking up our dinners and taking it easy for the rest of the night. They have cable t.v., so I’m overwhelmed with so many channels. Enjoyed my pasta and sausage while Cali snarfed her burger and lounged about the RV.

One thought on “Hershey Treat”