We had intentions of getting up early and joining a group of friends down at Narragansett town beach at 7:00 a.m. but somehow the alarm got cancelled and we slept in until the air outside warmed up a bit. Cali and I had completed our morning walk and I was sipping tea when PJ went outside to start up a fire in the pit and sit in the sunshine and make a series of phone calls. Soon a smoky, wind blown fire was blazing among the rocks and PJ made calls while I practiced a few chords on my guitar. Her calls lasted hours and I soon wearied of the wind and went inside to goof around with my flute and latest acquisition, a small harmonica that I can play with as we travel along. 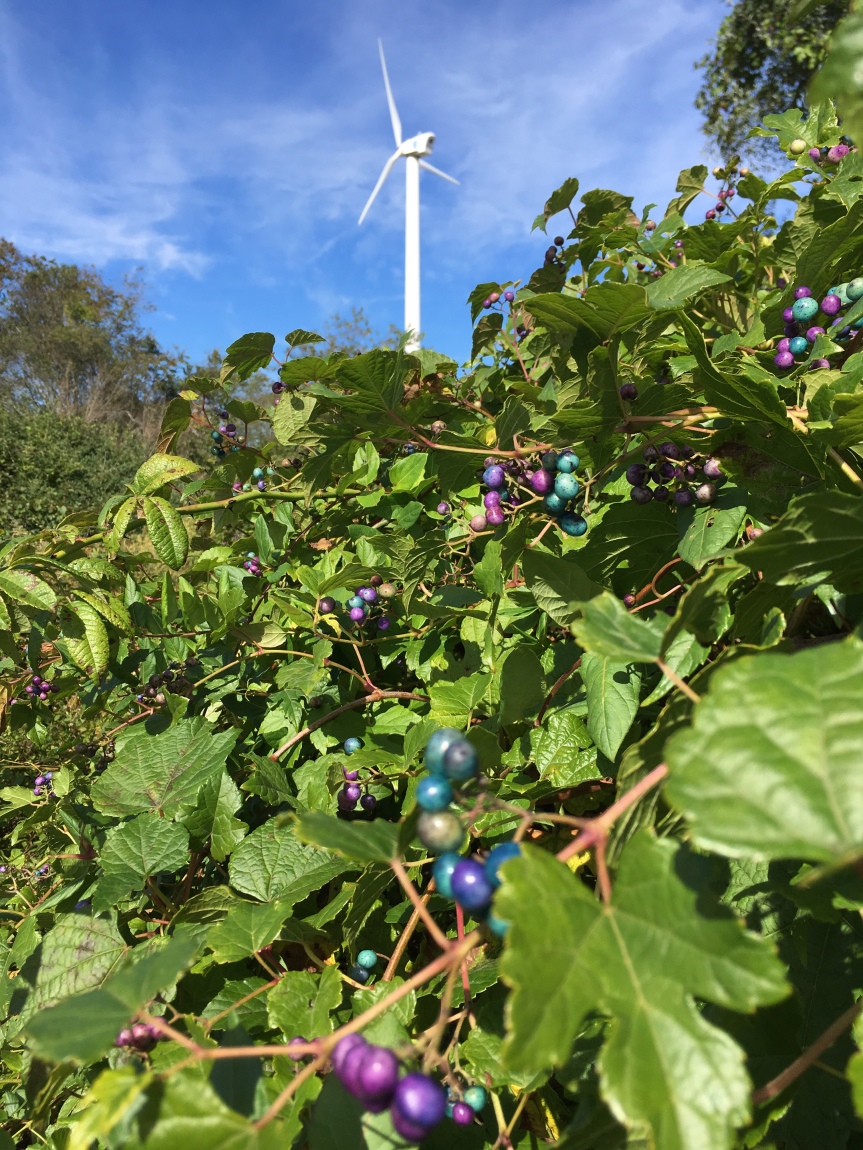 PJ came in and joined me and had a long call with her sister. It’s Kim’s birthday today, so we want to wish you an amazing day of celebration. 🍾🎉🎈Best of Birthdays to you. 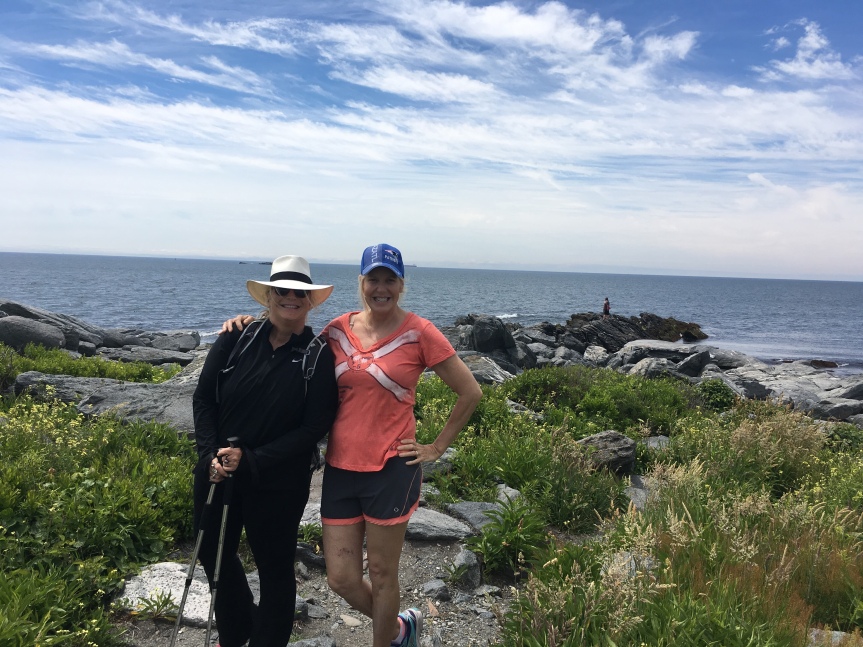 Hiking with Kim this summer

After a quick shower, PJ was antsy so get out and do something, so we loaded Cali in the car and headed down to Narragansett Beach. The fall weather was beautiful with a light offshore breeze brushing the face of tiny waves as they slowly rolled on to the sand. The crowd was light and dogs off leash was the norm. We took off to the south and hiked as far as the Narrow River. Cali sniffed butts with a few passing pooches, but in reality, she’s not the most social of animals. 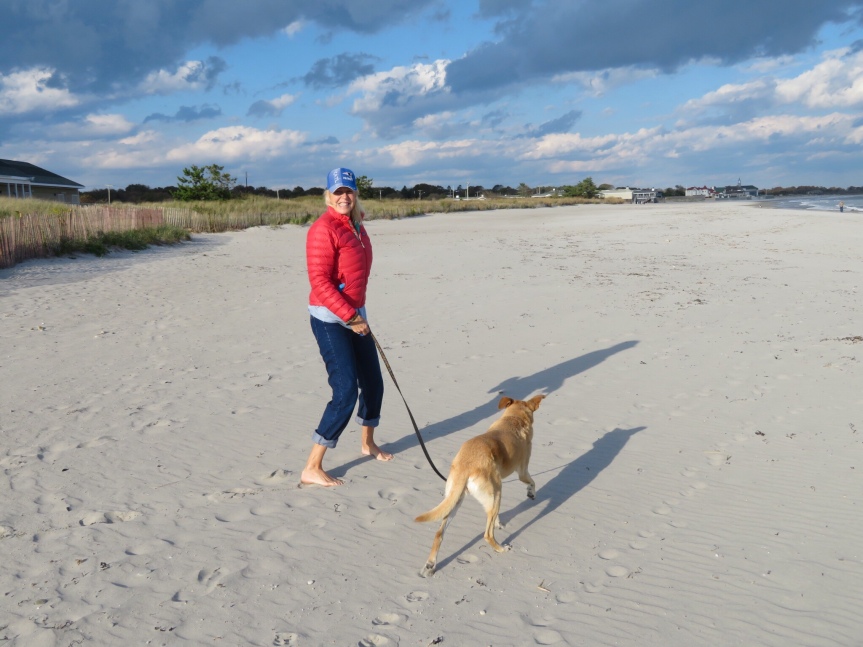 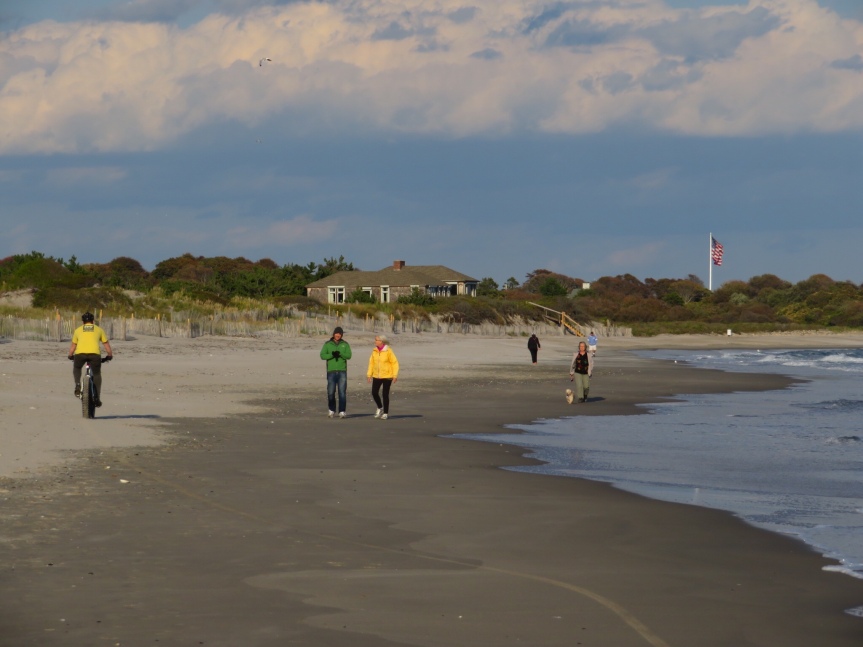 A few surfers were out doing their best to charge the 6” peelers rolling down the sandbar. One 40 pound kid on a 9’ plank was actually managing to get a decent ride on the occasional overfoot set that would appear from time to time. As we returned to the main beach, a hardy group of swimmers were congregating out past the breakers where they stroked off for a long swim up the coast.

We walked along the boardwalk towards the iconic towers of the Coast Guard House stopping to check out the scarecrow displays that had gone up along the beachfront park area. A few eccentric people were sitting along the sea wall rocking to their earbuds or swinging their nunchucks through the salt air. 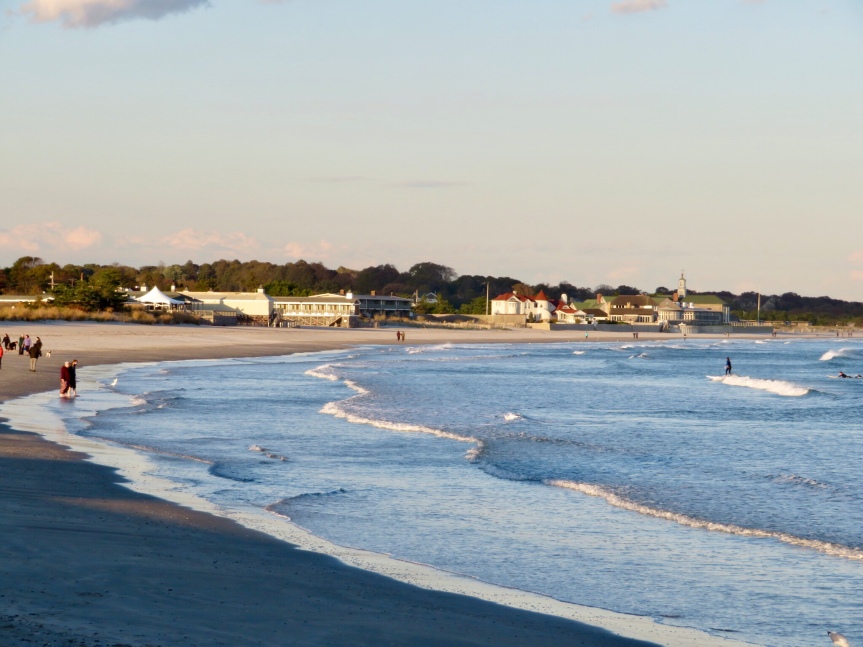 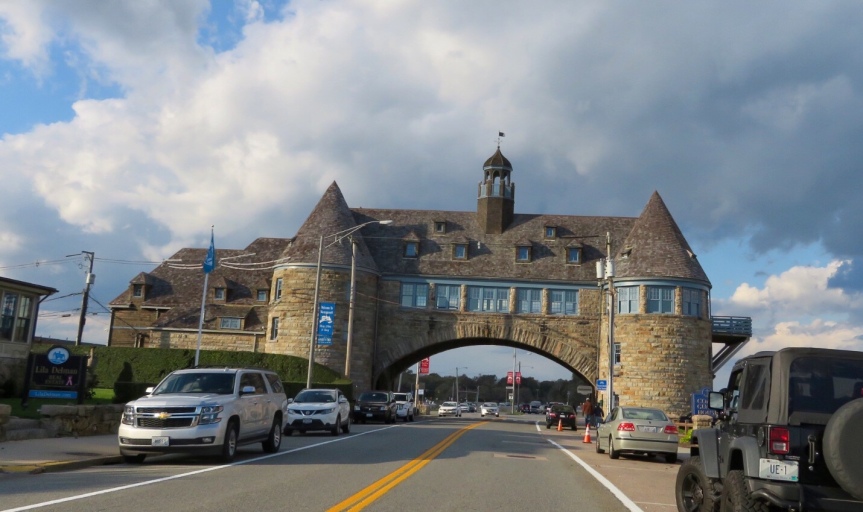 The skies were starting to darken so we packed up and headed over to the Stop n’ Shop for a couple of pantry items. A quick downpour hit while I was shopping bringing with it a beautiful rainbow to brighten the evening sky. From there it was back to Wilson for leftover pizza and a quiet night in the warmth of the RV. 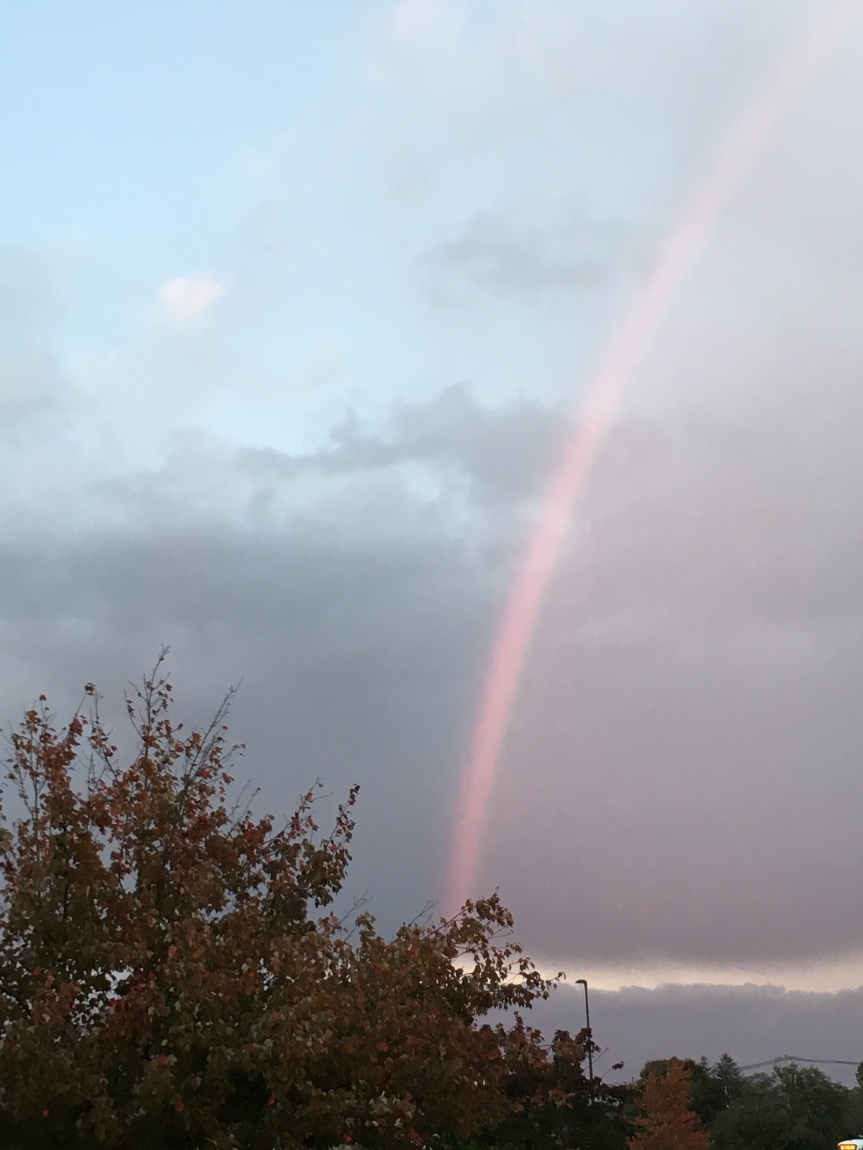