Last night was a hard sleep. A nasty headache combined with some indigestion to keep me tossing and turning as PJ snored away. We did some stretching and meditation before taking Cali out to tour the grounds. The campground is home to a large number of long term people. A large pavement resealing company has several trailers of workers giving the area a background odor of tar and chemicals. Cali didn’t seem to mind as she sniffed each blade of grass in the entire park area surrounding the ponds.

PJ auditioning for the role of Travelocity gnome 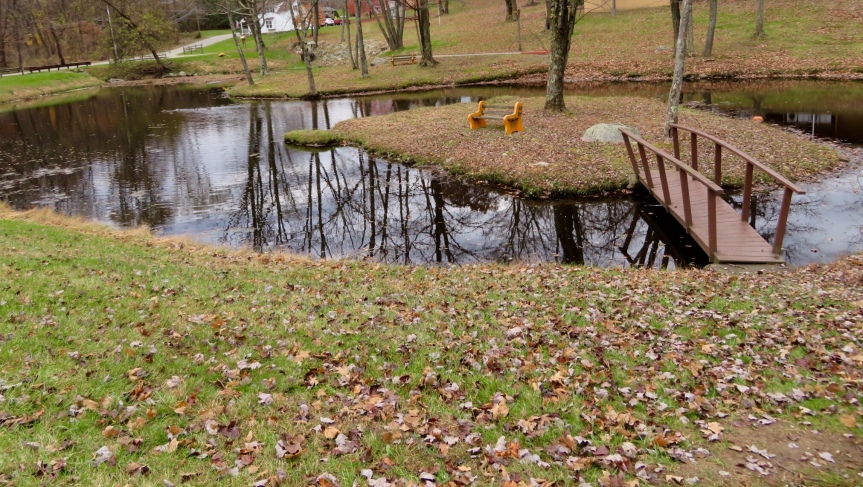 We pulled up stakes around 10:00 and visited the gas station to fill up the tanks. Better sit still for a few days and not burn so many dinosaur bones. The first leg of the drive took us through rural two lane roads in Olive Township and Flanders. We passed by Rutgers and then did a long stretch of freeway driving on the six lanes of the Jersey Turnpike. Lots of toll plazas, cloverleafs and merging down to fewer lanes. None of my favorite things to do in a large unwieldy beast. The rain really started pouring as we crossed into Delaware and slogged our way down highway 1. Traffic crawled as we passed a minor accident but it soon cleared. We made several short stops along the way and finally arrived at Cape Henlopen around 3:30. 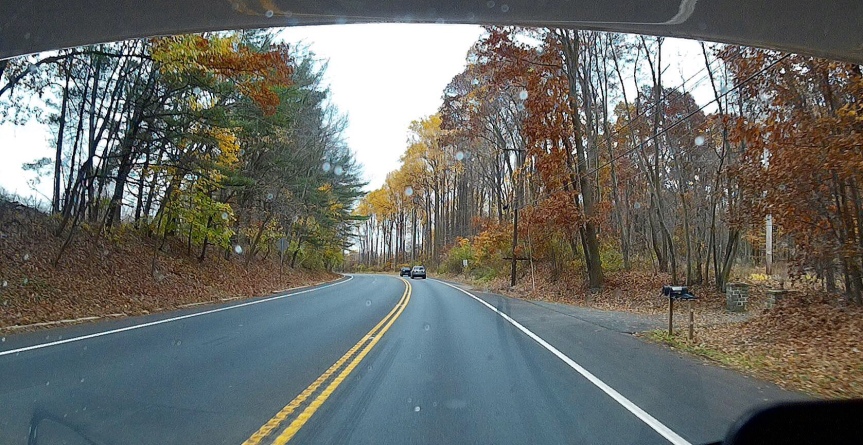 The signage on the camp sites was hard to figure out and I started setting up in the wrong site before realizing that I was one over. We finally sorted it out and got leveled up just as it started to pour again. The slots on the 30 amp plug in on the post were worn and the prongs wouldn’t stay plugged in. After a while I gave up and figured we’ll use our battery power. They have lots of Christmas displays going up in the lower camps. It looked like we had a brief break from the rain, so we thought we’d go have a peek. We grabbed Cali and hiked down there but the lights were off probably due to the rain. Our reprieve from the rain didn’t last and we were chased back the RV by another cloudburst. We retired to the rig to cook up a pot of homemade pumpkin soup that our buddy Joe had concocted. Awesome stuff, served up with cheese and bread. Thanks my friend. Quiet evening in catching up on some rest.