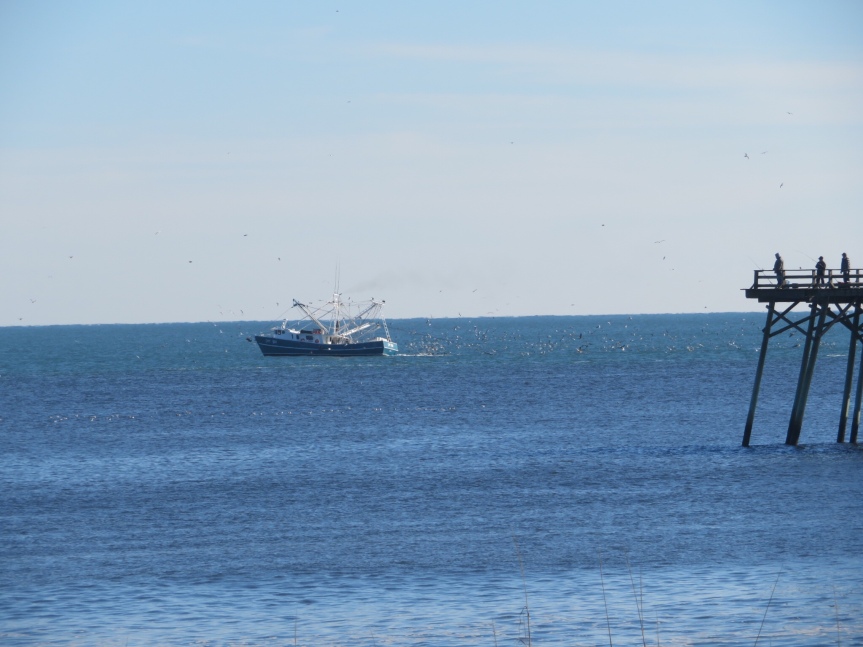 We were in no major hurry to get out of Dodge this morning. Cali and I went out to put our toes in the Emerald Isle sand for the final time. A cold, but crisp, clear and sunny day with sunlight sparkling on the Atlantic waters. Stowed what needed to be stowed, disconnected what needed to be disconnected and ate what breakfast that needed to be eaten then we were off. Filled the propane, crossed the bridge and turned down the southern highway towards Wilmington.

Two easy hours of driving with a quick pit stop in a large gravel lot half way there. Some slowing and minor traffic in Wilmington then before we knew it, we were pulling into Carolina Beach State Park. They were supposed to have green tags on open sites, but obviously the late season crew was getting slack about keeping things up as nothing was marked. I called the marina and the girl there ran off a list of available sites that I quickly jotted down on a notepad. We pulled into a nice holler in the trees with lots of privacy and set up camp. 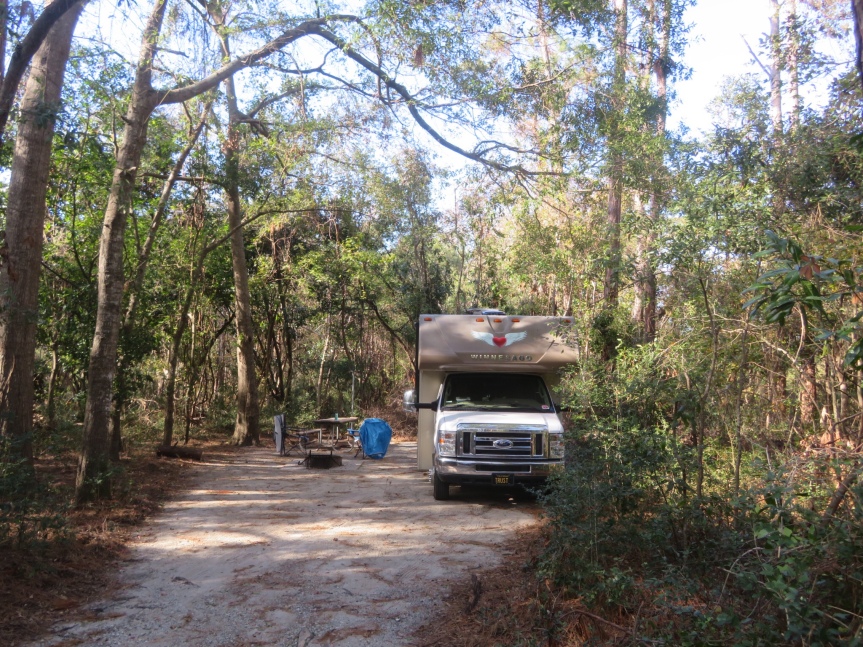 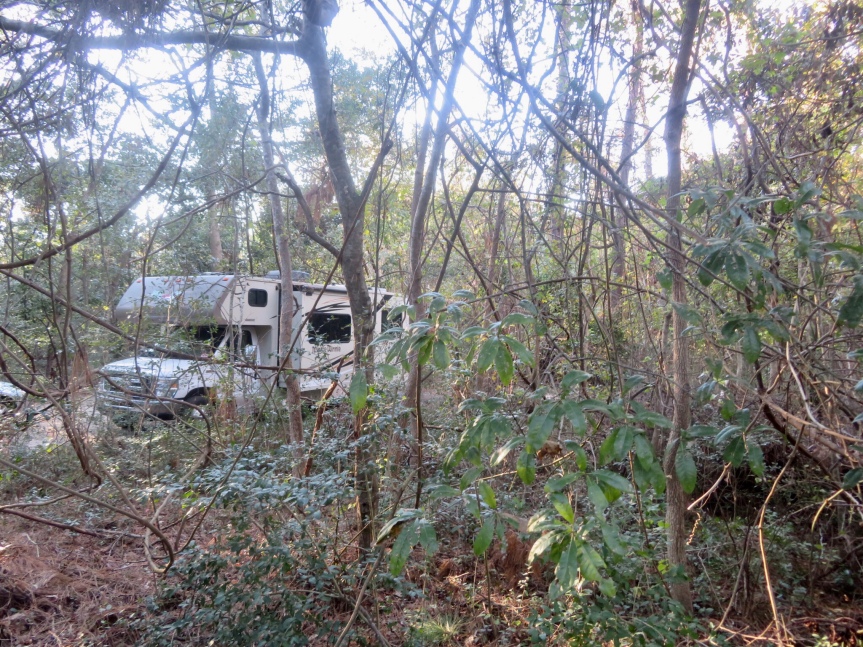 We drove over to the marina on the Cape Fear River to pay for the site. We brought Cali along and the three of us explored around the dock area then gravitated to the beach area where they launch the kayaks. The day warmed up nicely and it seems our cold snap has begun to subside. 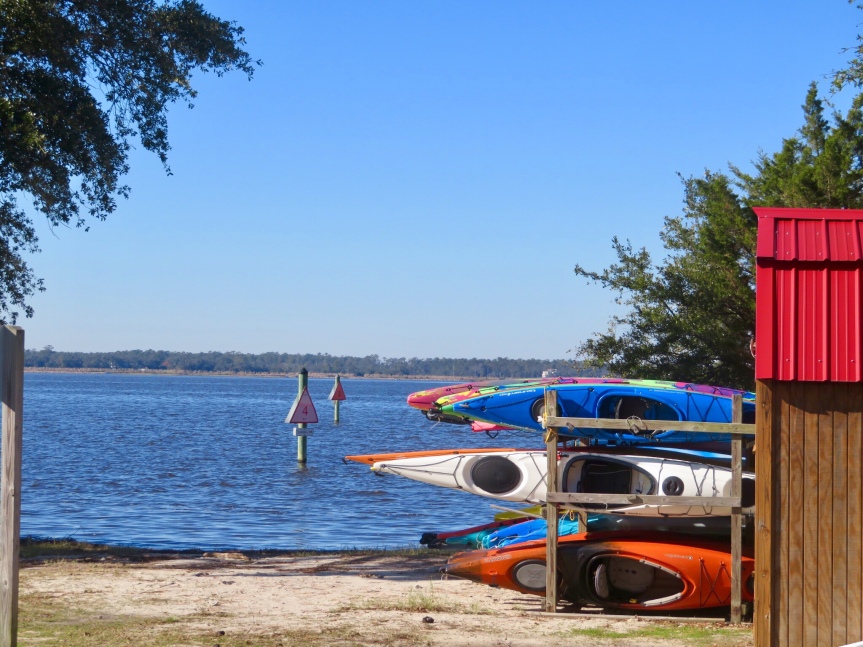 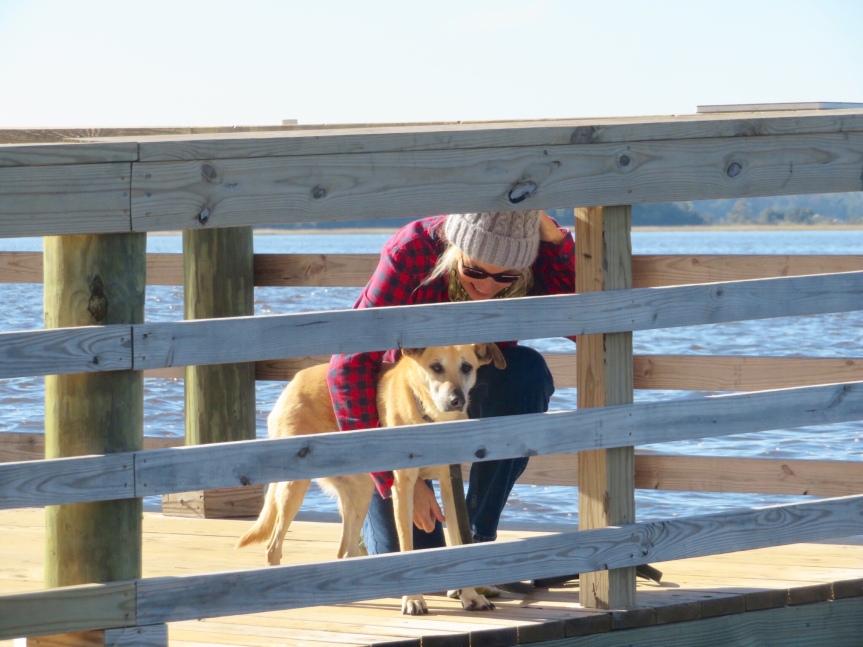 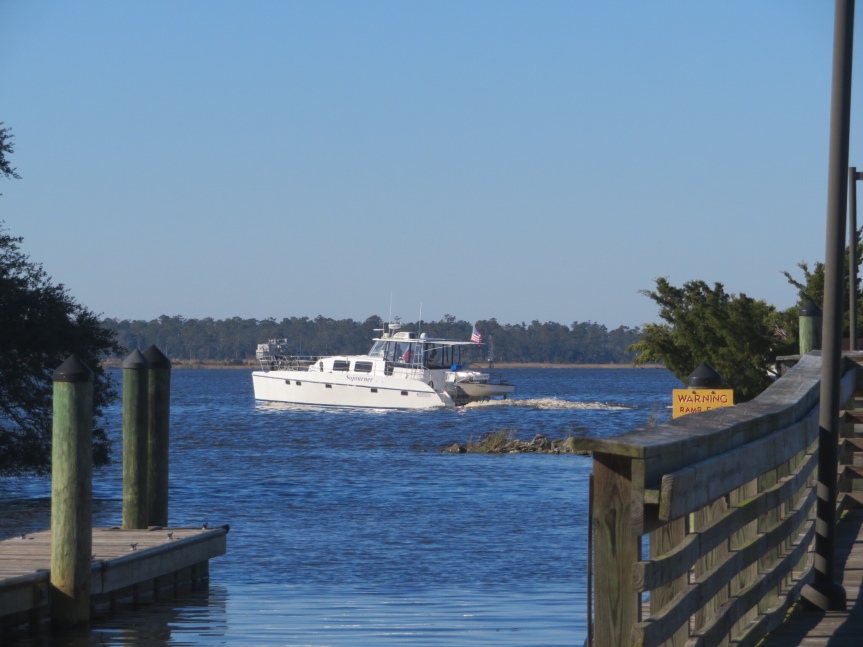 With business taken care of, it was time to explore. We drove further south through Carolina Beach into Kure Beach where we found a spot to park and wander around the beach front. What a sweet little coastal community, all colorful beach shacks and boardwalks. We walked along a small wooden walkway to the pier then strolled to the end and had a look around. Kure Beach has a lot of quaint beach shops and restaurants but most were closed. Very few people out and not much going on other than some city guys working on Christmas displays at the small beach park near the entrance to the pier. 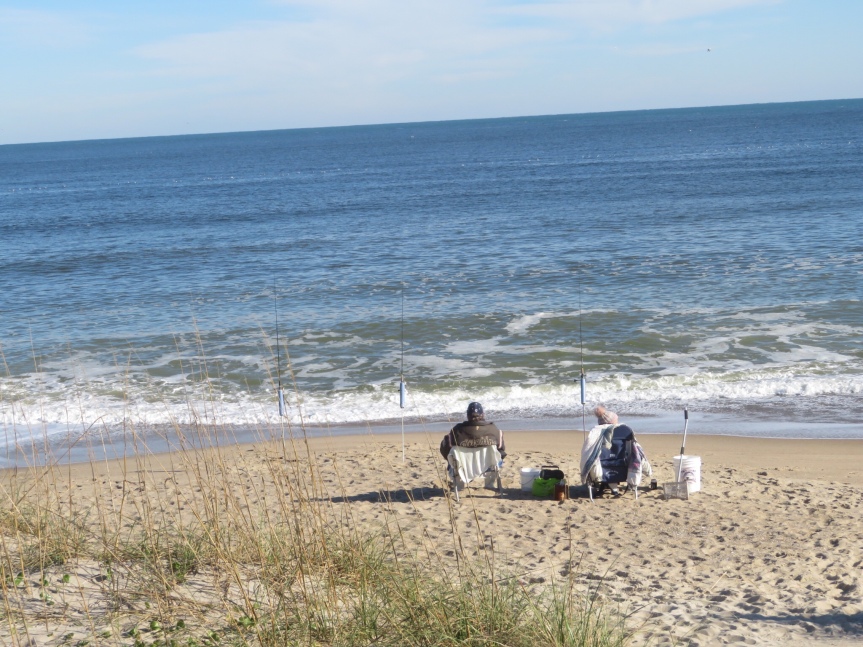 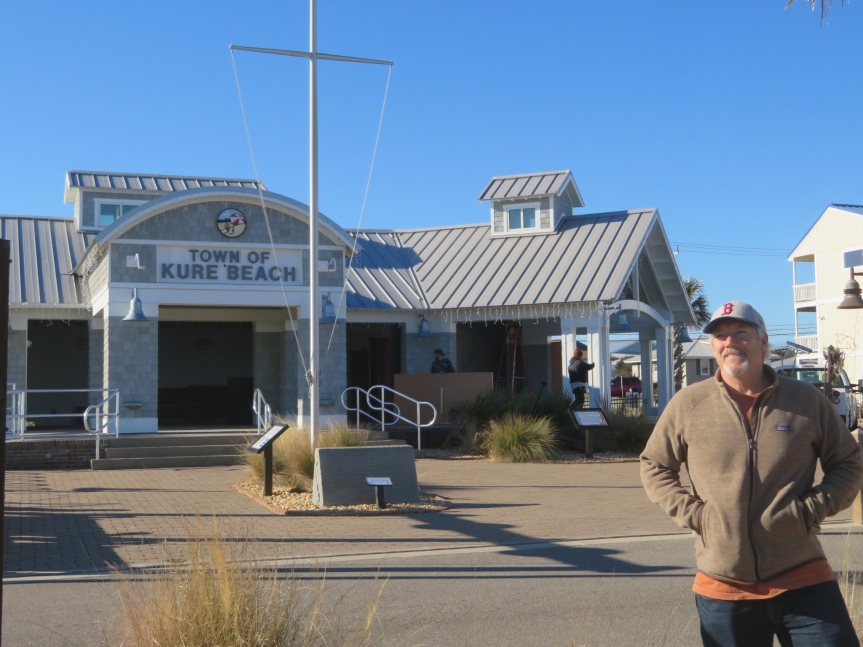 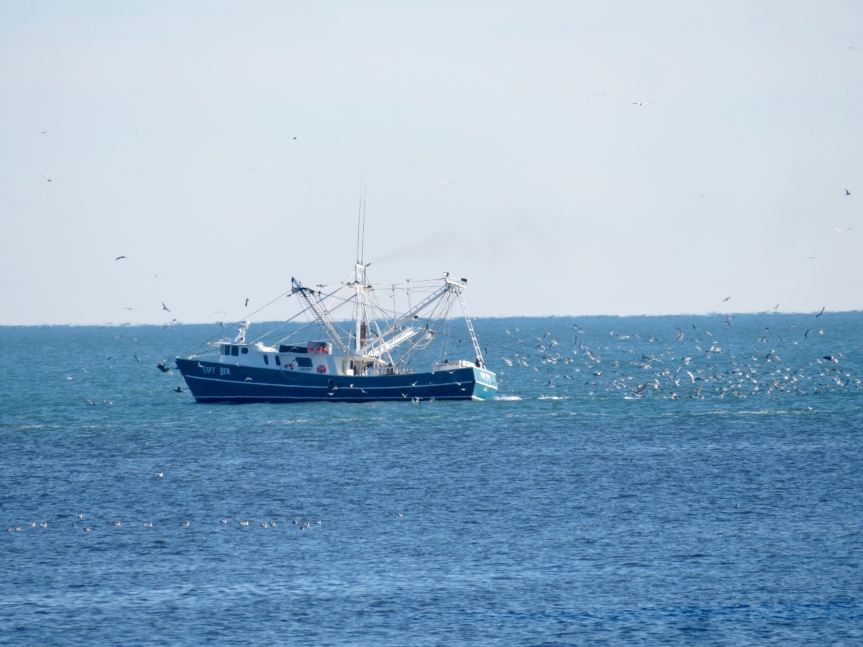 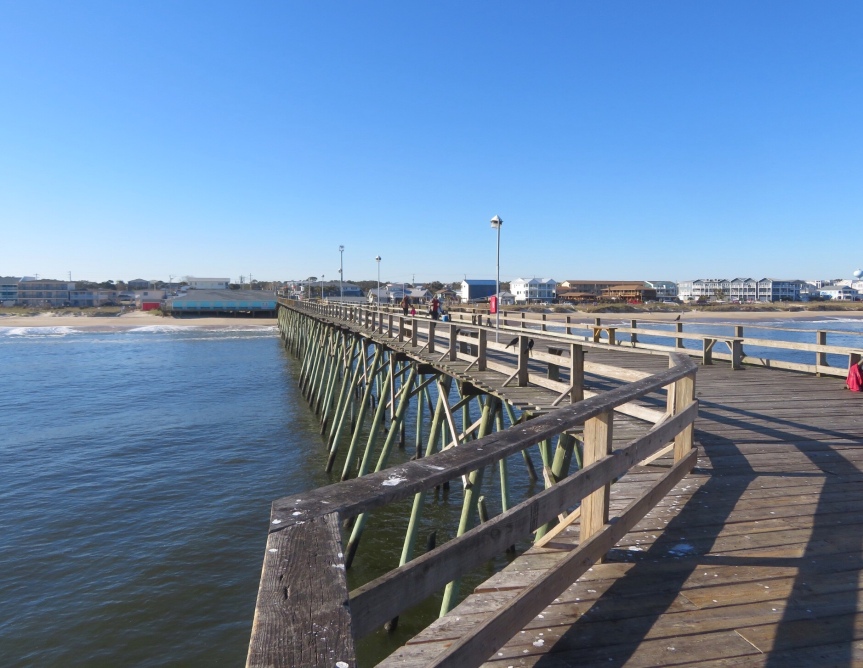 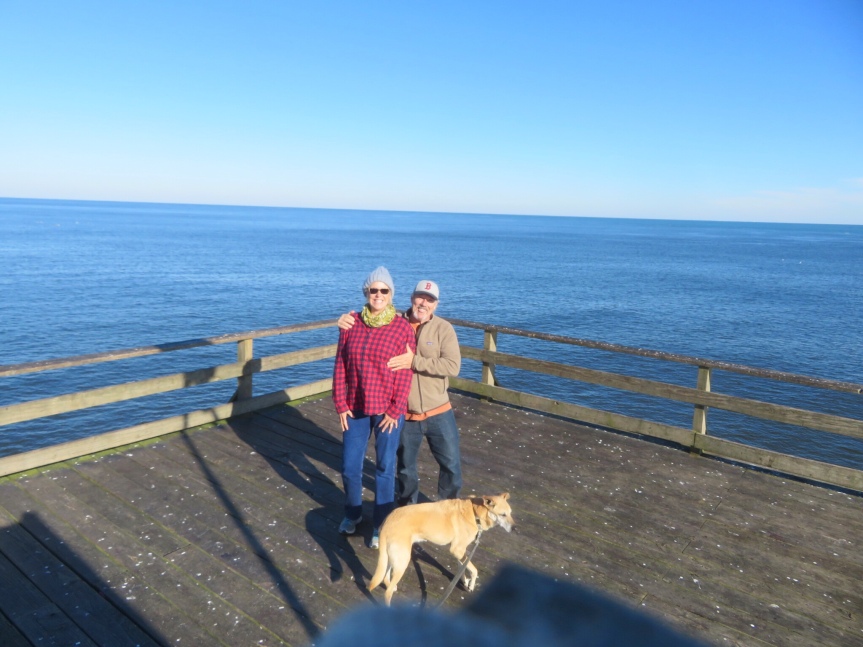 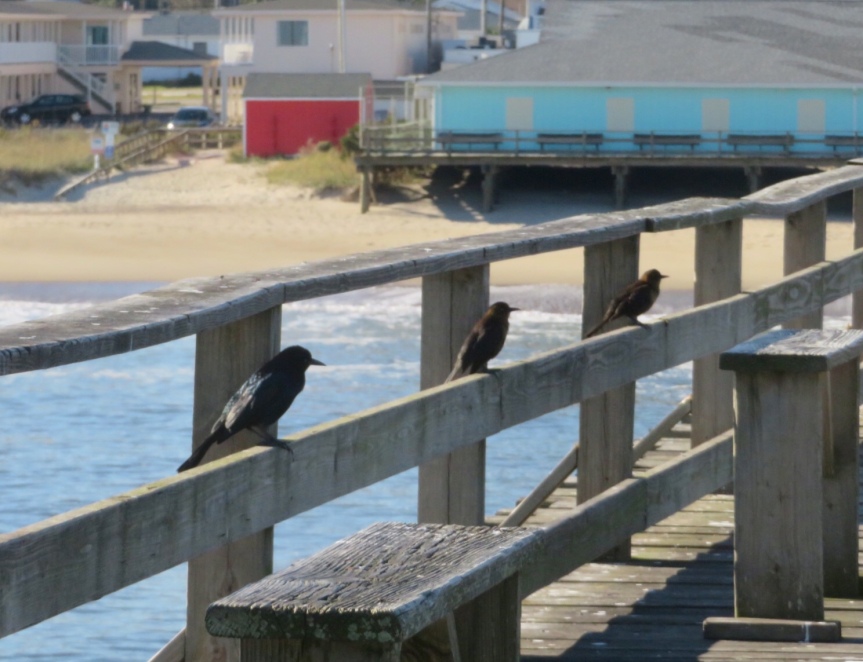 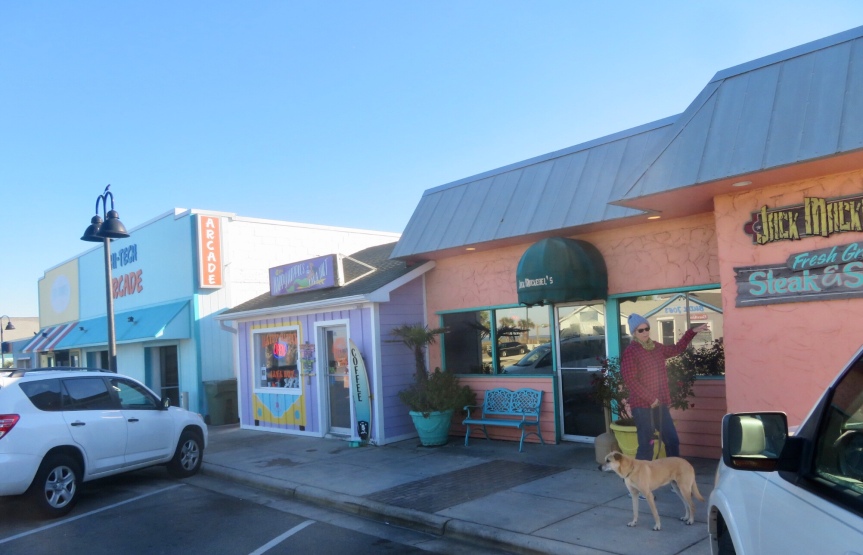 We returned to camp and got comfortable. There are only a couple of tenters scattered around our end of the campground. One of the perks of going solar is not being tethered to the hook up area where most of the campers are congregated. After our kumbaya communal Thanksgiving weekend, it is nice to have a bit more space. Cali and I took a short hike down a trail to the Snow Cut, a narrow waterway winding behind camp and flowing into the Cape Fear River. When we got back, I steamed some vegetables and served them up with spinach, mushroom and cheese omelets. A tasty end to an interesting day. PJ and I were both extra tired for some reason, so it looks like an early night. 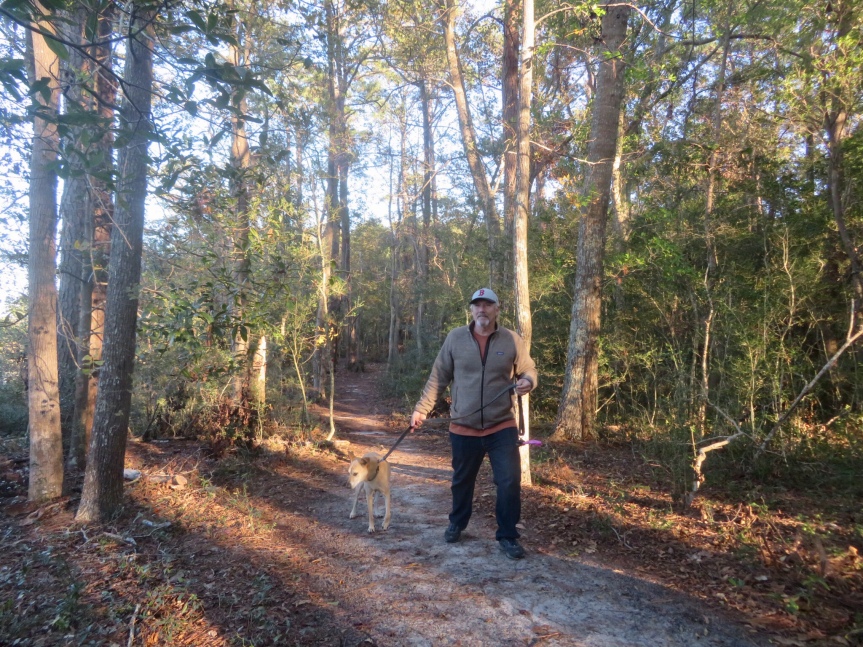 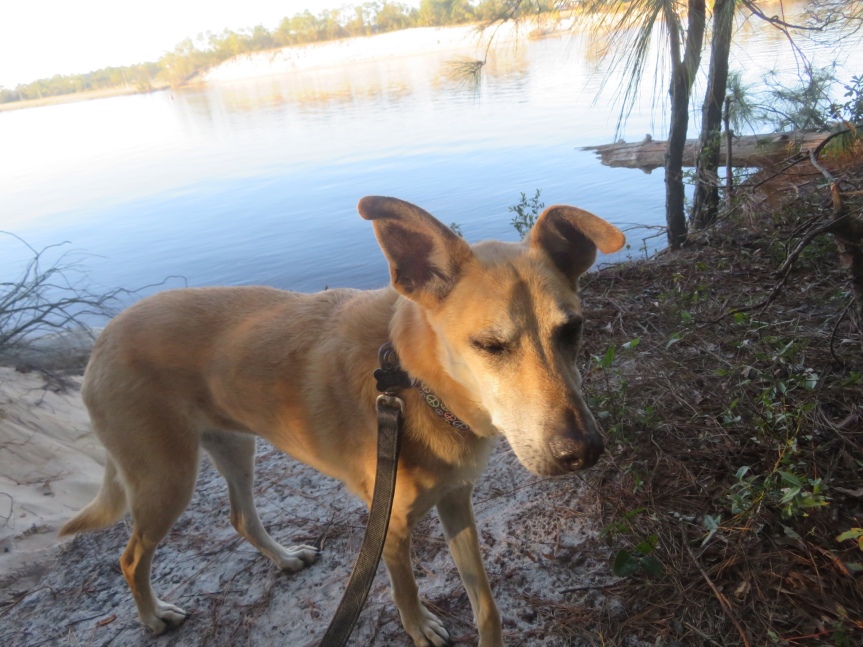 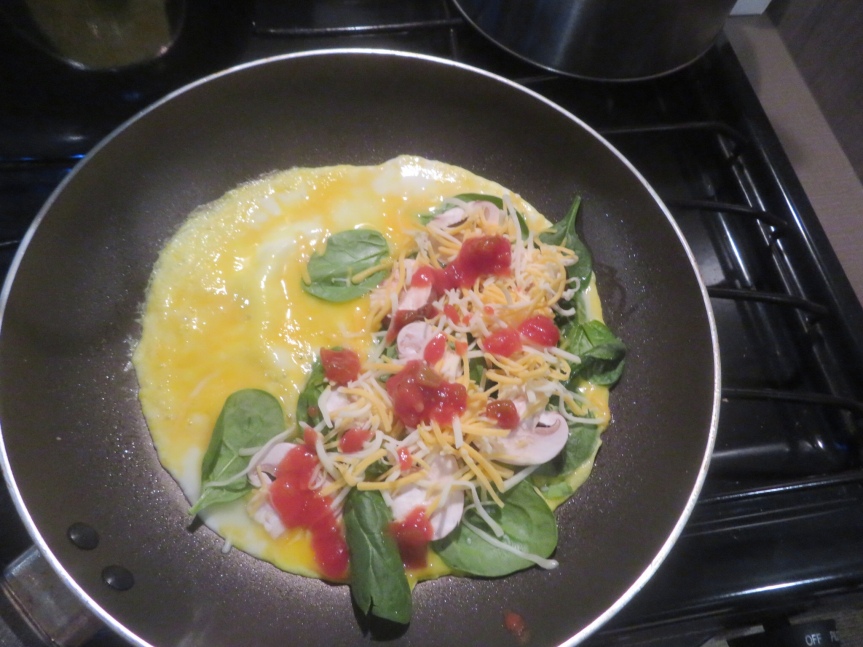