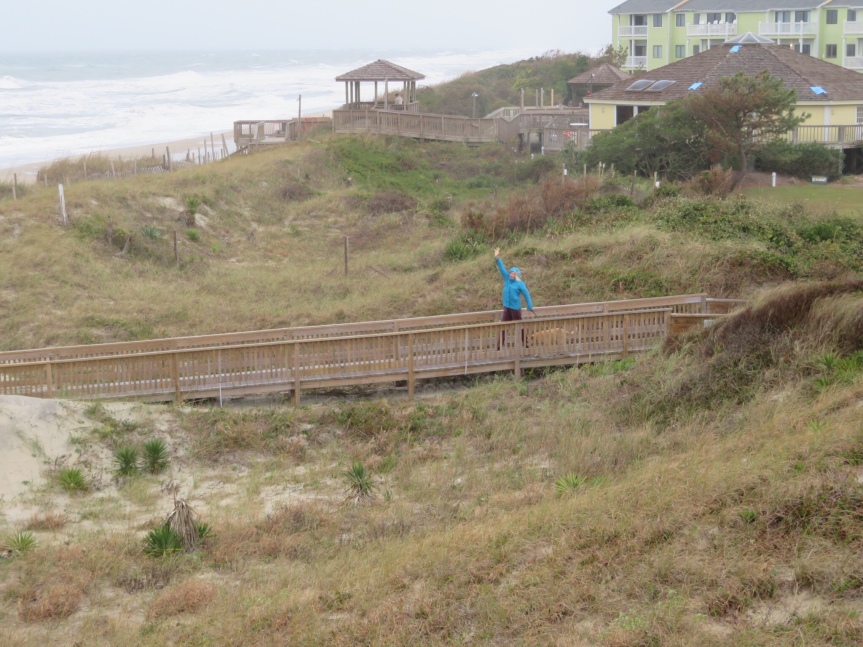 The rain was just beginning to fall as we took Cali out for her morning walk. The wind was picking up and large, unruly waves were pounding the shore. We walked down to the left until the rain started coming down more forcefully. The wind had blown the sand far up the boardwalk almost reaching the asphalt in the campground. 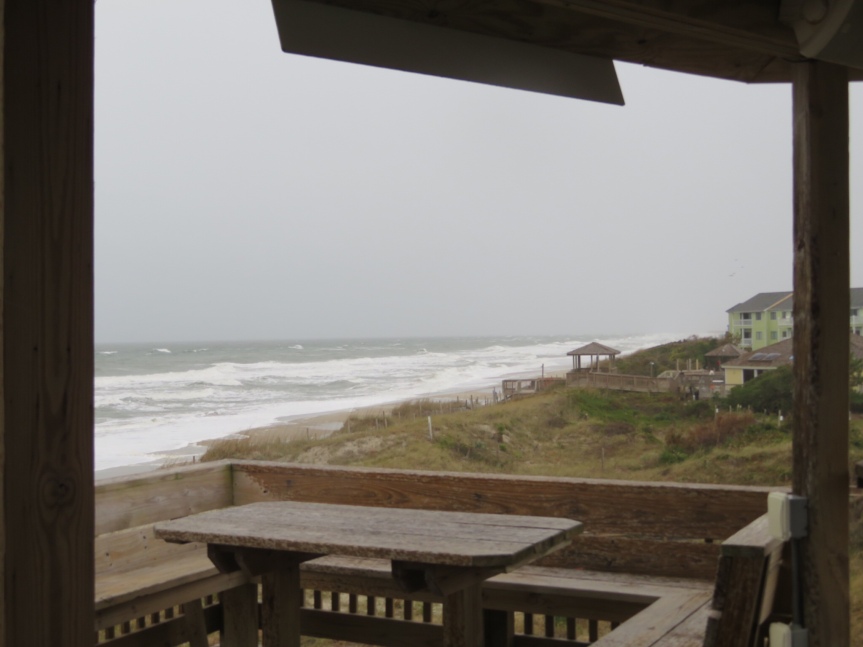 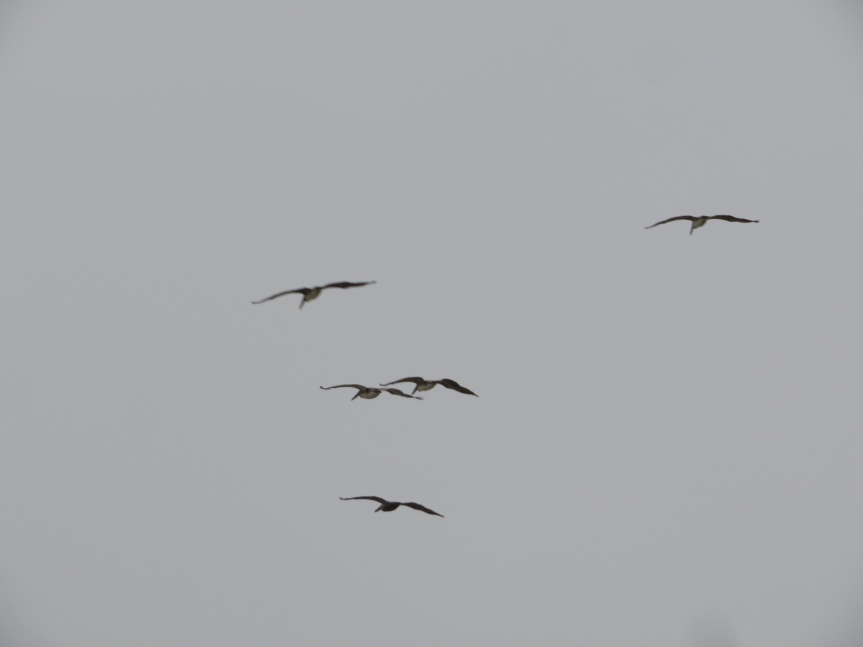 We got back to the RV just before the major part of the storm arrived. It rained hard all day. In the mid afternoon the wind reached its highest velocity. Flotsam from people’s campsites came flying past the window, mats, pot lids, baskets. I helped a guy across the way tame his shade structure and fold it down to stash away. I was worried about the tree overhanging the RV, it had a broken branch and was bucking violently with the heavy gusts. About a quarter of the weekenders bailed early but a surprising number of campers just rode out the storm. Thunder and lightning roared through for about an hour then in the late afternoon, as quickly as the storm hit, everything calmed down. 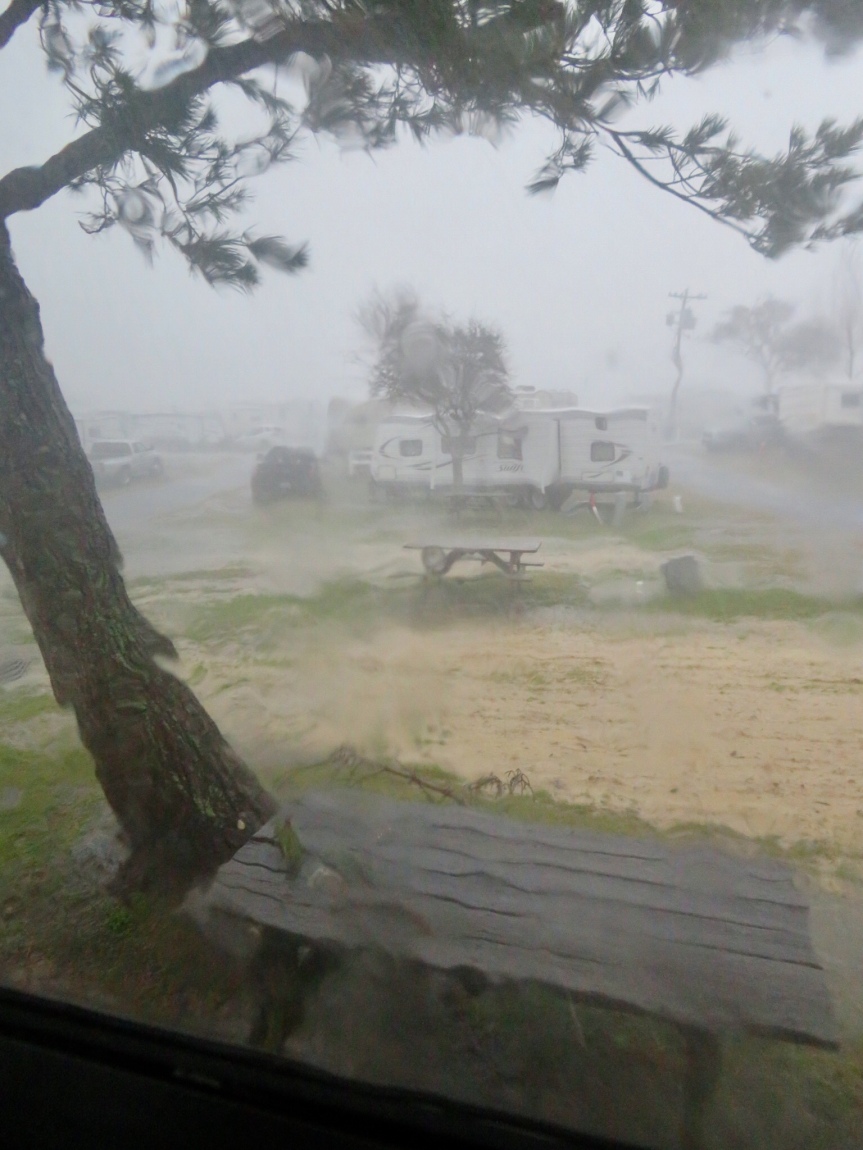 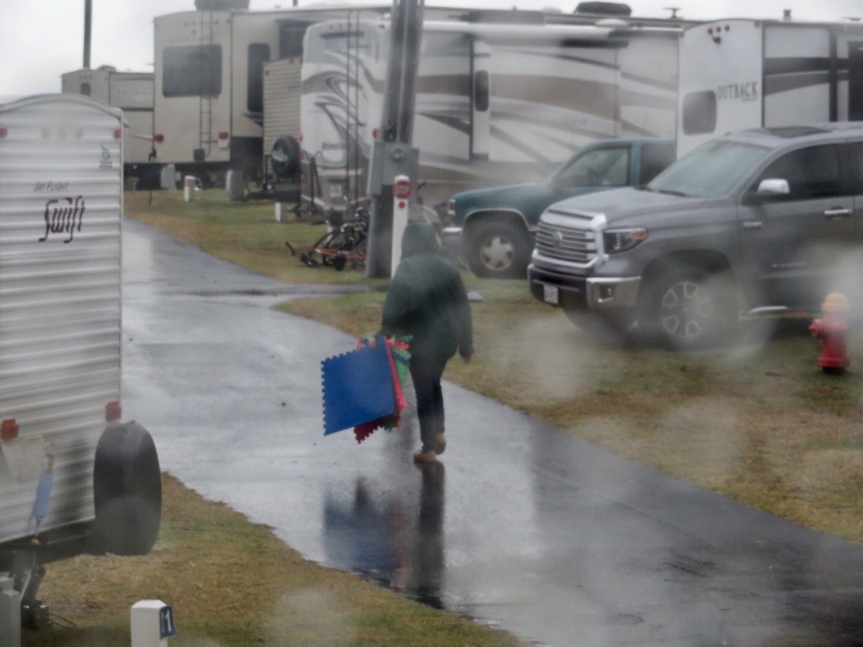 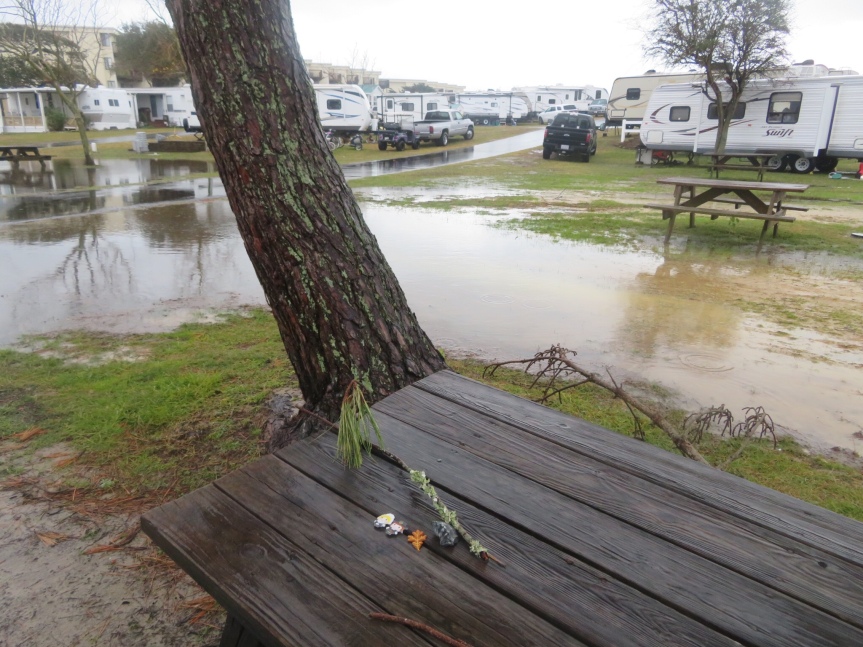 It seemed like everyone emerged at once and soon the beach was full of people fishing, walking dogs and checking out the aftermath of the storm. Kids were flying kites and one kid was even bold enough to bust out his skimboard and head down to the waterline. We played around on the beach chasing the big foam balls that were blowing down the beach. The campers were in a festive mood after being trapped inside for the day. We had a quiet evening afterwards. While watching the news, there was a report of a tornado that had hit a neighborhood not too far from us. Crazy weather day. 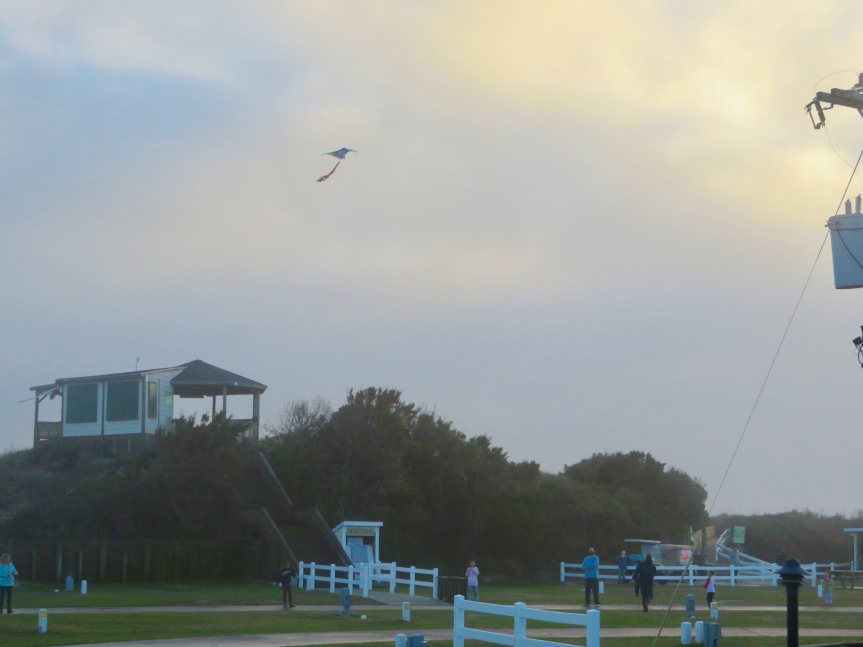 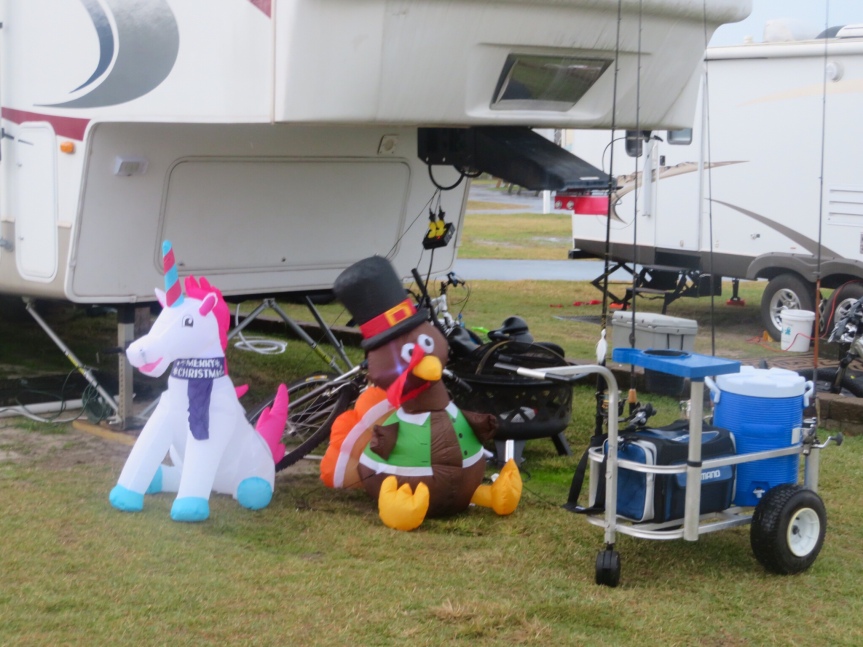 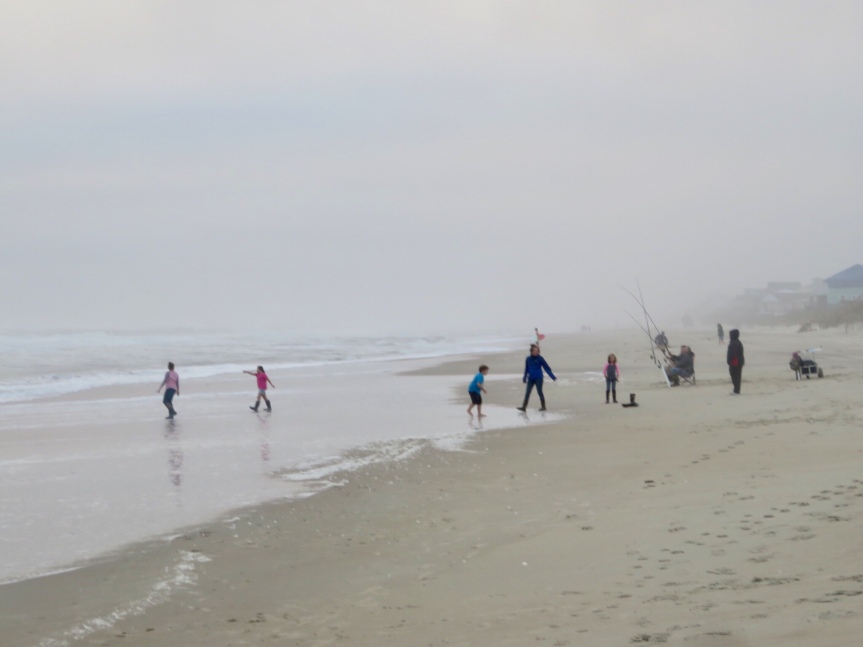 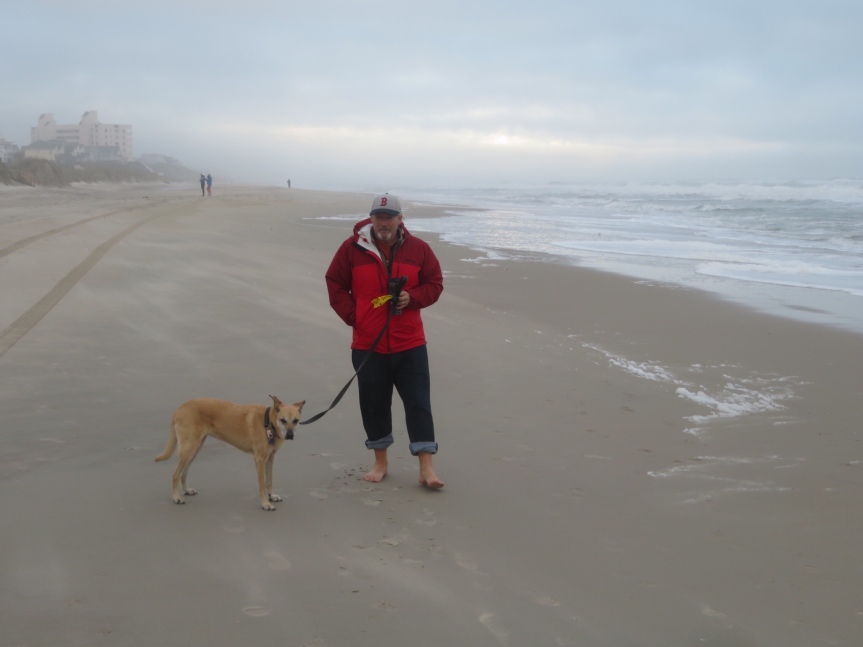