Another early rising for the dog and me. We stepped out into the chill morning air and hiked out past the observation tower by the old fort. From there we followed the bike path south towards the Biden Center until we reached the beach access by the jetty. I was told this is a regular surf spot for Delaware locals, but today was much too small to generate interest from even the most hard core wave riders. There were a few other dog walkers out on the beach but not much other activity.

A lip smackin’ good time at the beach 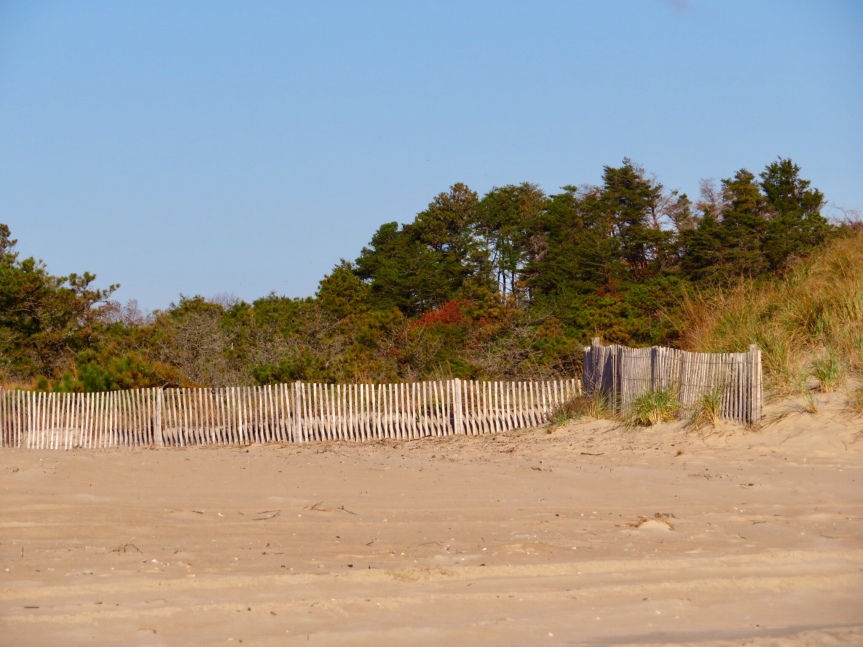 I hiked back on the trail that goes by Gordon’s Pond. I didn’t go as far as the pond but cut through the bushes to re-enter the campground by the tent sites. The trail was empty except for an older guy with a rowdy retriever and a few diehard bikers pedaling the loop that goes around the park. PJ had a long phone conversation with her dear friend Carmen while I was gone. I had a bite of cereal and did some research on campgrounds down the road. A good number of the weekend campers cleared out by noon and things were definitely calmer at Henlopen State Park.

In the afternoon, we headed up to Angola for the “Dry Dock” AA meeting. It appears to be kind of an AA club house with several meetings a day. Afterwards, we picked up some lunch and a couple of grocery items at the Acme Market and headed back to Henlopen. We did a meditation that turned into a nap then had a pretty quiet evening keeping ourselves warm.

Happy Veterans Day to all you vets out there