I was out of my campsite by the 11:00 am check out time but still needed to kill some time before arriving at Camp Wightman for the retreat. I pulled up Google Earth and examined what lay on the short route from Seaport RV to the retreat site and spotted a boat ramp with a large parking area on a body of water called Long Pond at about the half way point. I drove the sinuous tree lined back road past quaint old country homes fronting small lakes surrounded by lush green forest, quintessential New England. I pulled into the parking area to find only two cars and no boat trailers. I parked among the puddles on the large parking side and spoke with the guys fishing in the pond. One pair had a dozen trout on their stringer which they excitedly displayed. The other fisherman was targeting bass but wasn’t as lucky as the others. He told me the water was really clean and lots of people kayak the pond. I extricated the paddle board from the RV (I have to put out the slide out to wrangle the angle to wiggle it out the door) and went for a paddle from one end of long pond to the other. The pond is close to a mile long with beautiful houses tucked in along the shore. Not new McMansions but old school lake houses with rustic charm and stone fences. I spent an hour paddling around then set out a chair and had a sandwich on the grass by the ramp before driving over to Camp Wightman.

The road in was a two mile narrow dirt road. I had the unfortunate timing arriving just as a large group ending their retreat was exiting. I had to pull over squeezing against the trees time and time again to let the sporadic stream of cars get past. When I made it down to the lake, a kind gentleman named Tim said he was expecting me and pointed me to a nice area in the empty upper lot that was flat enough and I set up camp. 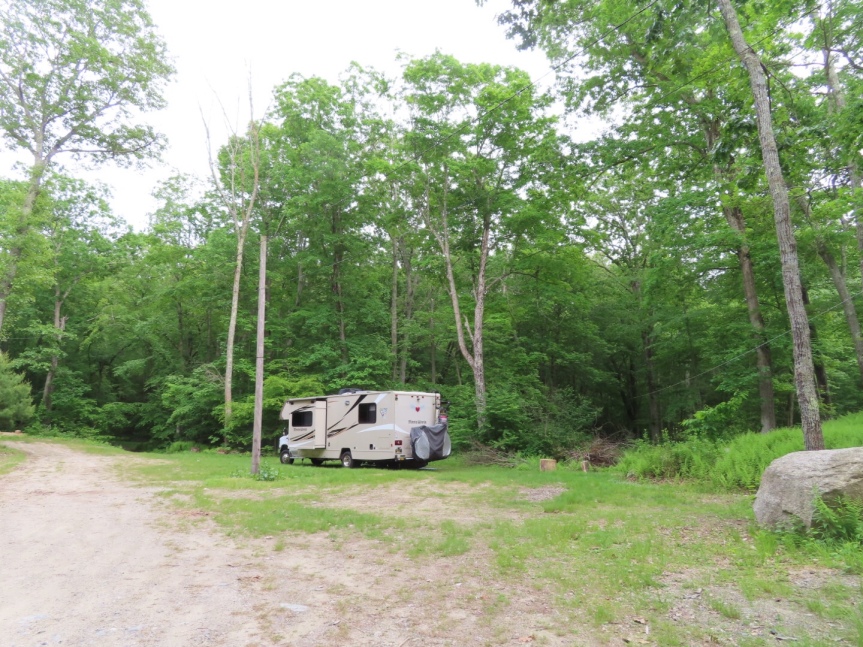 Once I was established, I grabbed the board and toted it down to the docks on Billings Lake and put in for a paddle. Another forested lake with tall trees adorned with their finest spring greenery. A few houses were interspersed among the woods and small rocky islands dot the lake. I did a circle around the shoreline then tried to cut through a small channel between two islands. The water got really shallow and I bumped the fin on some rocks loosing my balance. I basically just sat down, stepped off and pushed it past the rocks. Back in deeper water, I paddled on back to the docks and returned to the RV to sit on the patio and relax.

My fellow retreatants slowly trickled in and we gathered for dinner at the main hall before moving to a sitting area for our first session. The friar leading the group gave a spirited introduction then we split off into three groups to have individual sharing. There are 18 or 19 guys so each group has six participants. A good group of people and honest, open discussion. Afterwards, I had a nice phone call with my sister back in Long Beach then hiked up the hill to the camper and had a wonderful sleep in the silence and pitch blackness of the forest. 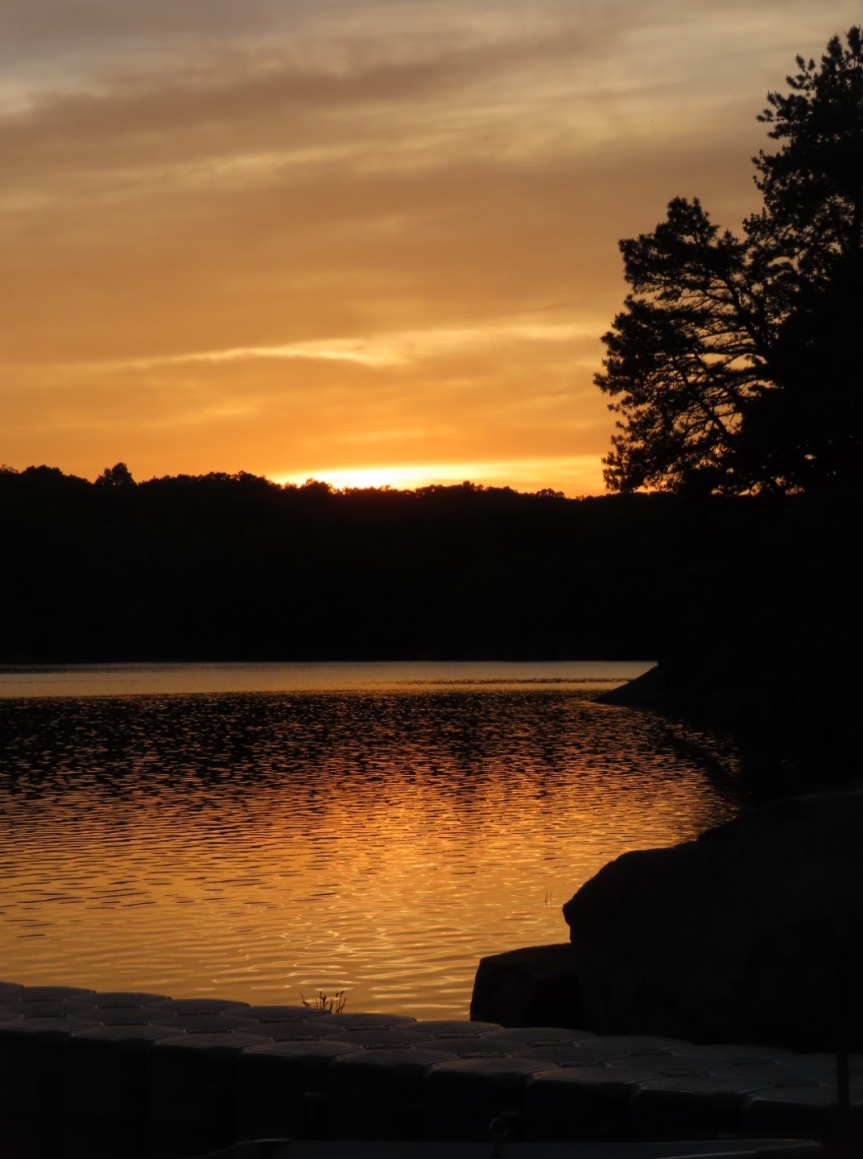 One thought on “Retreating to the Lake”