The Prince Edward Island rain was pouring down hard when we woke up this morning. We were exceedingly glad that we’d had the foresight to pack everything up the night before. We hid out inside having breakfast until there was a slight pause in the storm then we disconnected and got moving before the 11:00 a.m. check out time. The rain continued off and on throughout the day’s long drive. Four hours by the GPS, five and a half by the time we finally arrived at Norse Cove. 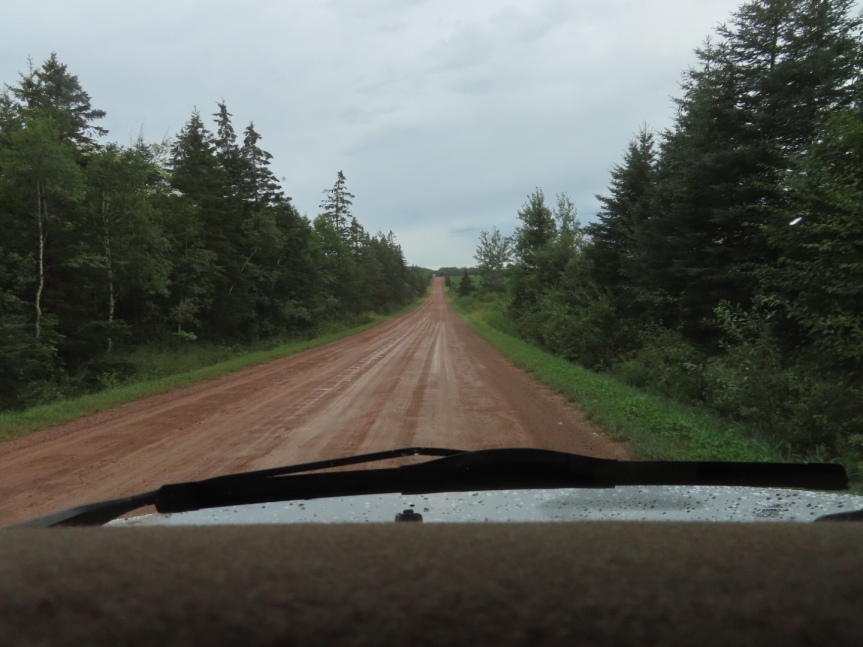 Our directions took us back out the bumpy back roads with the patch of washboard dirt that we had come in on. Then over the Confederate Bridge where they nailed us for a hefty toll to escape the island. They let you on no charge but get you going on out. An older couple with a late model RV lost their spare tire in the middle of the eight mile crossing backing up traffic behind. I jumped out to help him along with another truckload of Canadians. They had him well in hand so I jumped back in and cleared out of there.

Overcast skies and intermittent rain followed us through sparsely populated countryside and occasional small outposts that made up our travel. We made a few stops, once at a gas station, again on a back road for a sandwich, at the Napa near Halifax where a grim looking lady scolded me for being partially in the road and then at a Sobey’s in Jeddore to grab some items for the pantry. It was late afternoon when we pulled in the lovely little inlet at Norse Cove, Nova Scotia. We are the only campers here other than a couple in a tent hidden up in the trees on the far end of the campground. 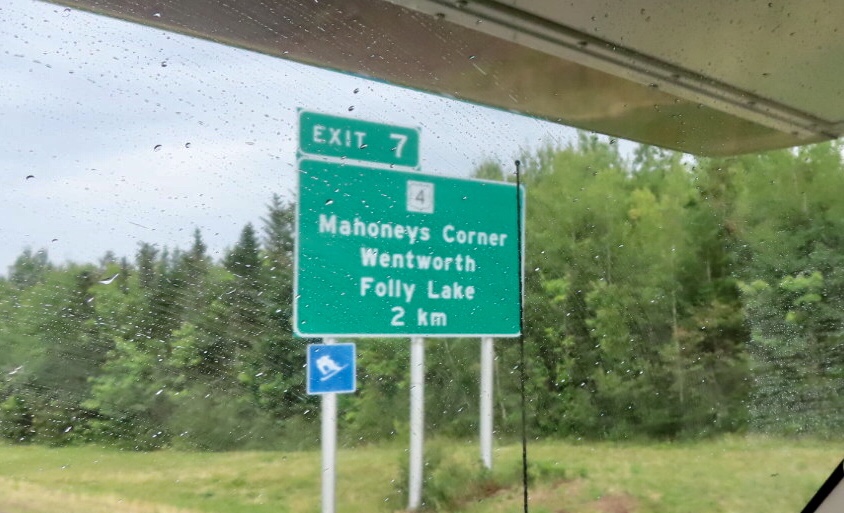 Where the Mahoneys hang out

We parked up in spot #2 right on the shore and got leveled up. No services here so we are reliant on solar power and the water in our tanks. They have showers and cooking facilities closer to the tent sites. It’s an awesome piece of land tucked into a bay protected from the open Atlantic by a series of islands. They have some rustic cabins and wooden platforms for setting up tents among the fir trees. The wind was blowing a little too hard and the cold overcast skies discouraged an evening paddle. 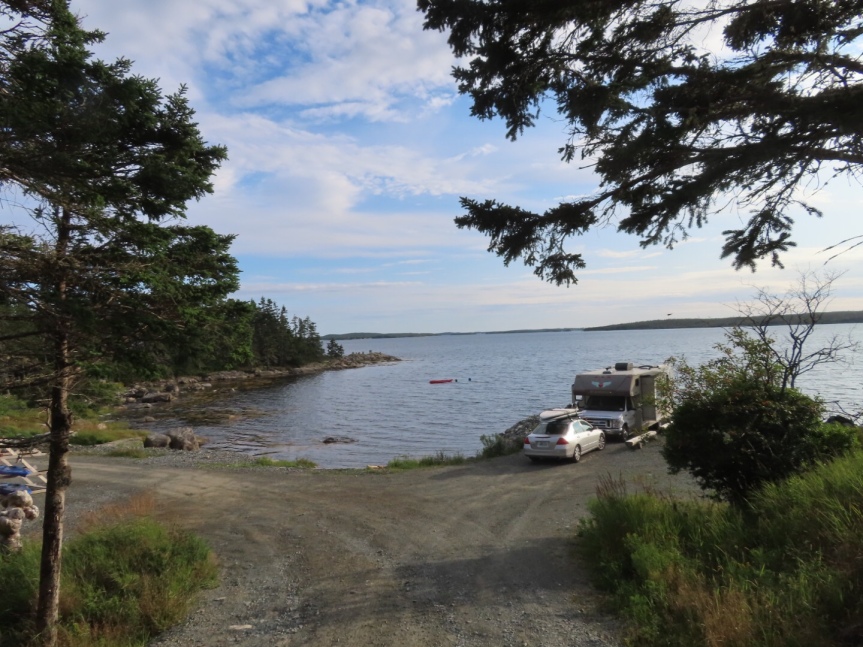 The owner, Kim, came down after a while and made sure we were settled. Cali gets to run free here. She is loving it and being a little frisky, flashing back to her younger self. The only rules are keep your dog in sight. We wandered around the property, hiking through the ferns and firs out to the rocky point at the far side of the cove. We put out the mat and chairs and sat outside enjoying the view and watching the sunset. 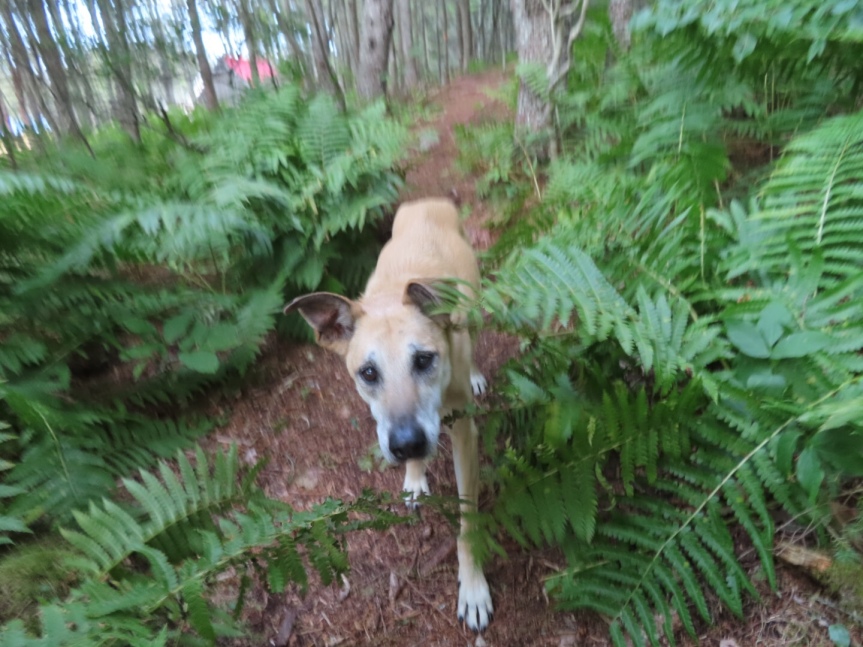 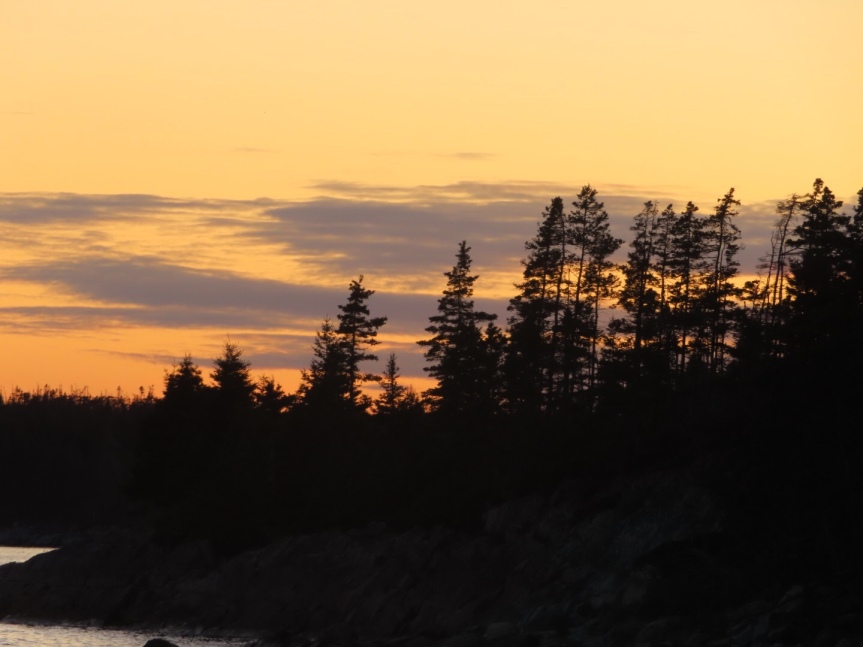 One thought on “Norse Cove”