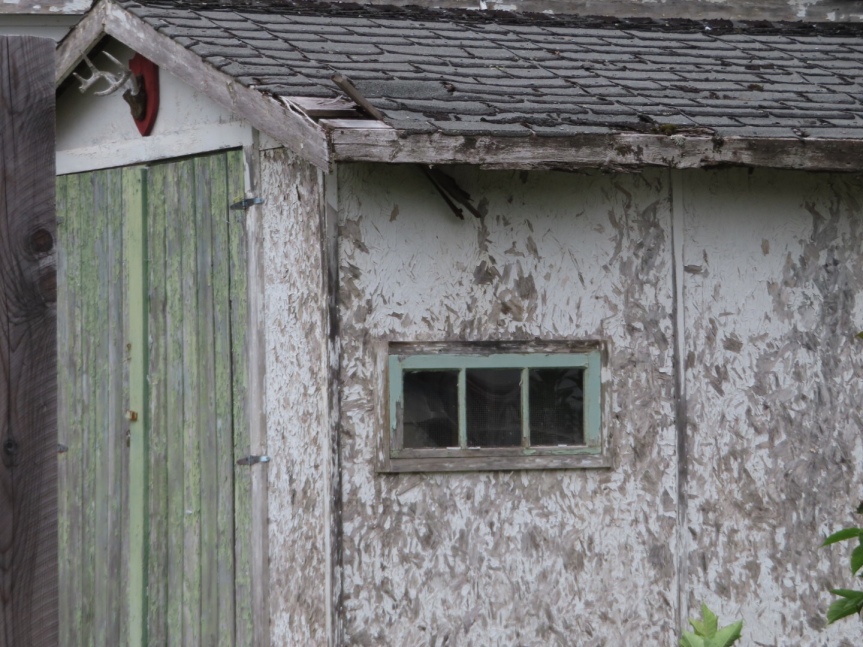 Not much going on today. PJ was on the phone for hours talking with friends back in California and doing step work with women from her home group. I pedaled the bike around the lower campground hunting for an internet hotspot that might actually function. The relay at the laundry building next to Ryan’s was slow as molasses but I did finally get a few pictures to insert into my post and get it done. We had planned to bike the 17 mile loop around the park but y the time we started suiting up the rain began to fall and we had to abort the mission.

Instead, we drove into the visitors center at the entry to the park and spent some time checking out the exhibits and learning more about the park, the region and history of the people in this area of New Brunswick. Since the weather has been chilly of late, PJ shopped at the gift store for a coat to add to the wardrobe. She found a cute medium weight number to wear on trips into town while I picked out a Canadian National Park cozy to keep my beverages cold. 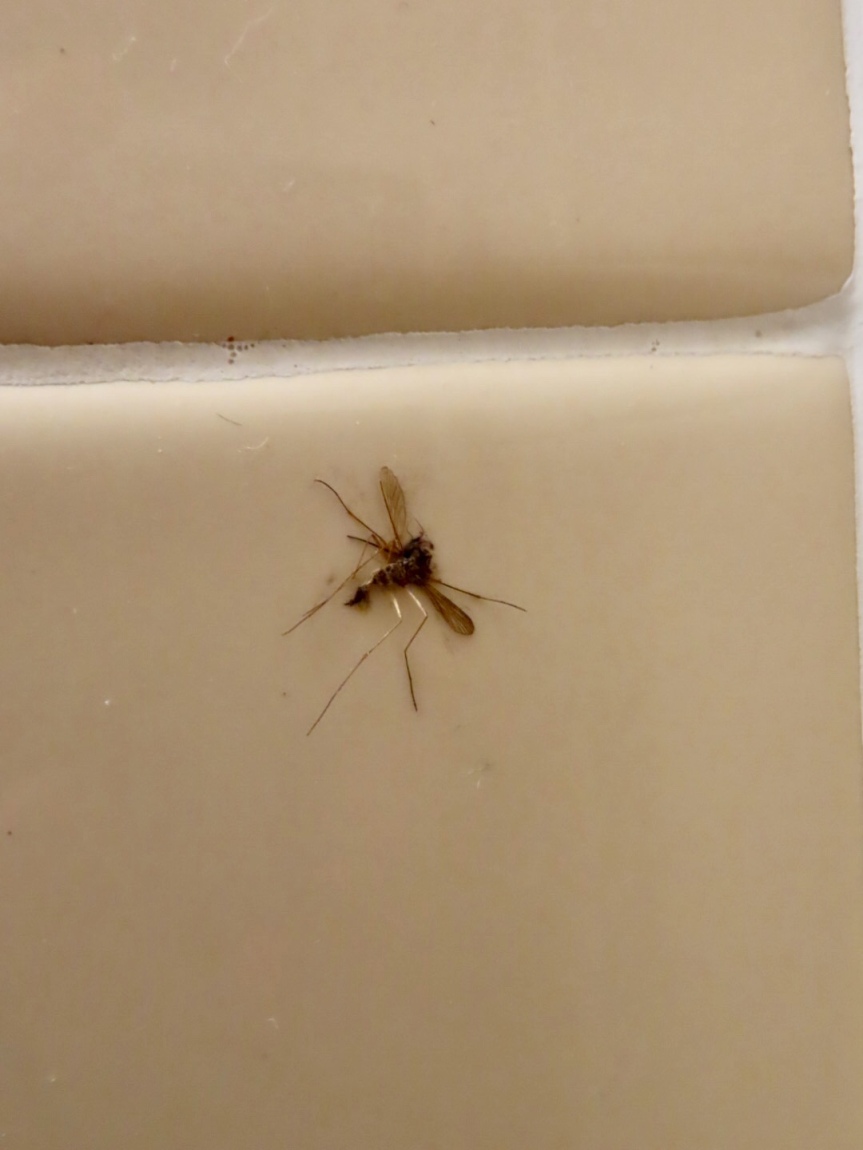 From there we drove into Saint Louis to get some groceries and grab a bite to eat. French is the predominant language in the small towns here so I’d better start picking up some vocabulary. When I asked the girl at the gift shop where we would find a restaurant, she said “wishybootoe”. I said where? Again “wishybootoe”. Could you please spell it? Girl, rolling her eyes like what a total idiot, Richiboctu. Anyhow, we made our way into town and found a little diner that was ‘ouvert’ and went in for a late lunch. I made sure to order up some poutine since it is a regional delicacy that a camper at Elm River told me I had to eat when visiting Quebec. It consists of French fries covered in gravy with melted cheese. It was tasty but not something I think I’d order any too often. We hit the Co-op then drove back to Kouchibouguac in the steady rain. We amused ourselves for a while driving down the side roads and looking unsuccessfully for moose in the trees. 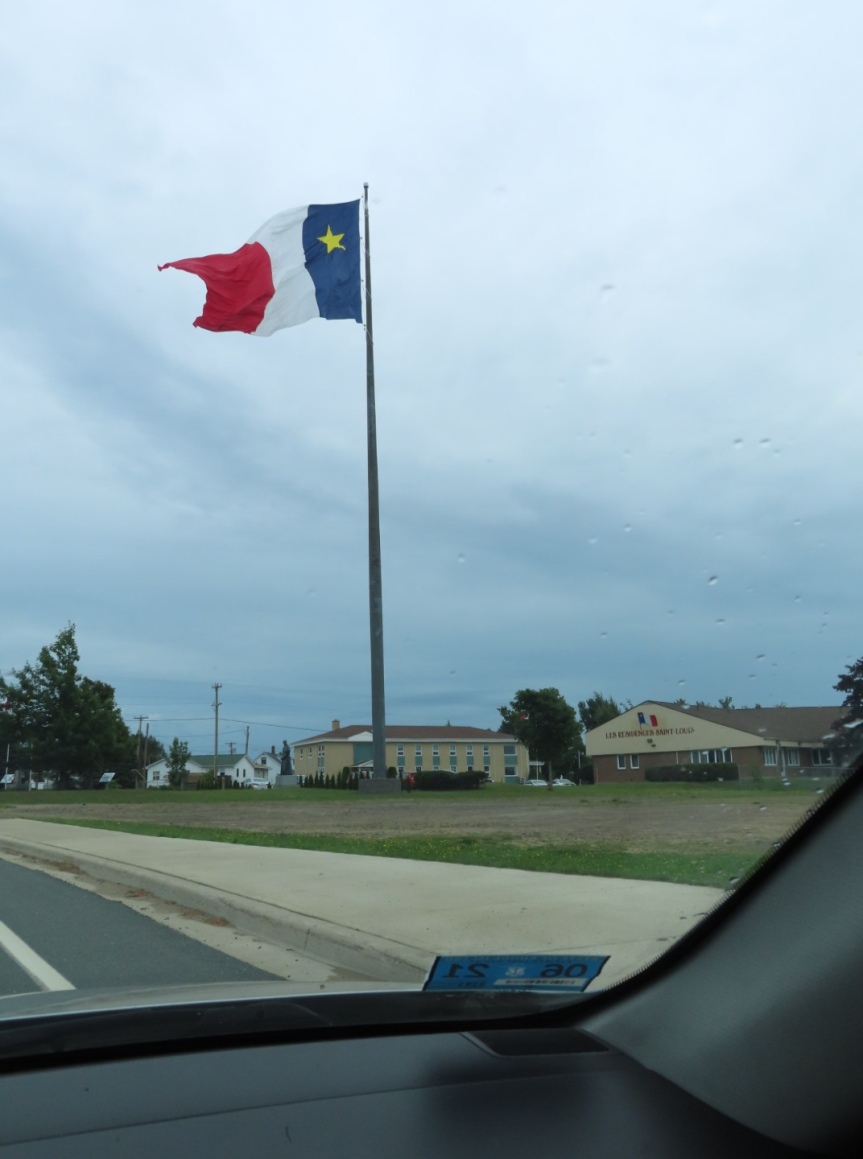 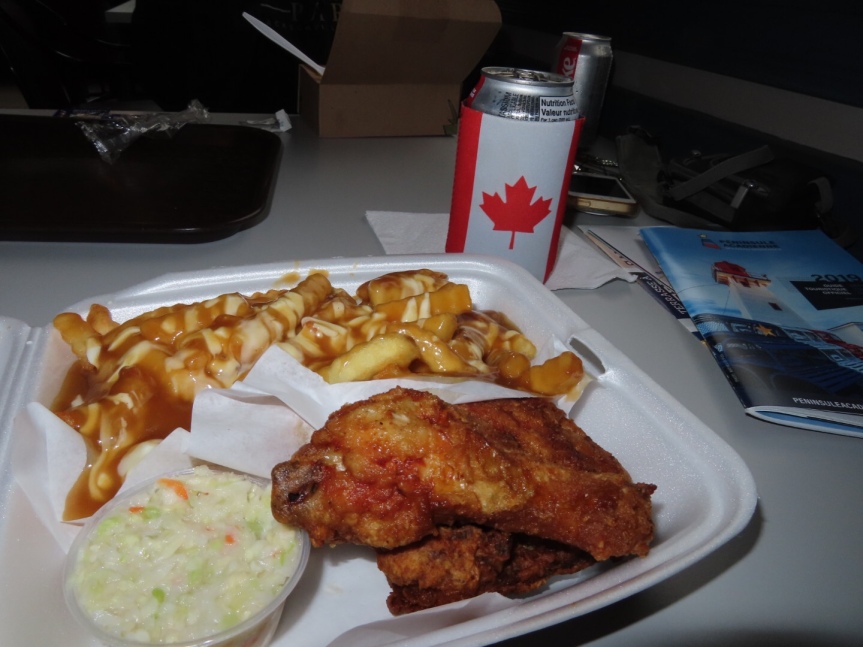 The rain kept us in for the evening with an occasional walk outside when the showers would let up. Reading, puzzles and a bit of singing together since the noise of the rain kept anyone from hearing us. 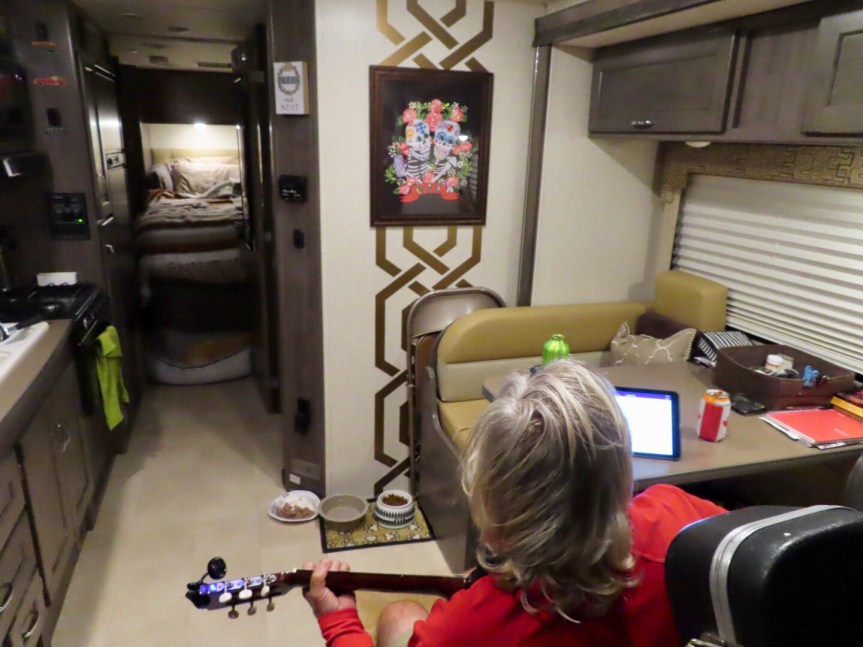