It’s going to be a long trek today so we got an early start and exited out through the dreary monotone gray streets of Bismarck. We were taking a slight detour to take a ride down the “enchanted highway”. The GPS estimated six and half hours of driving but we know that with us it will be considerably longer by the time we get to our destination of Custer State Park in South Dakota. 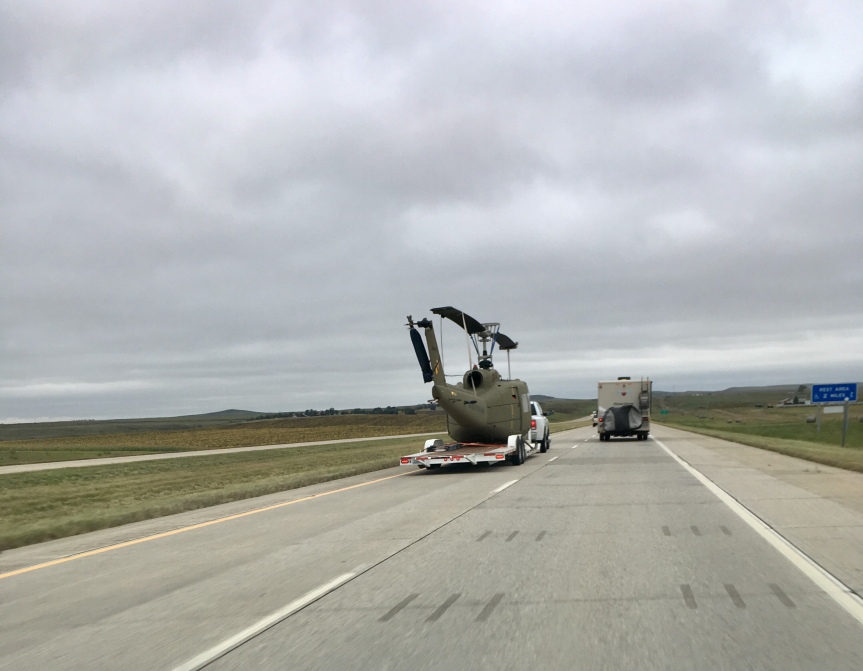 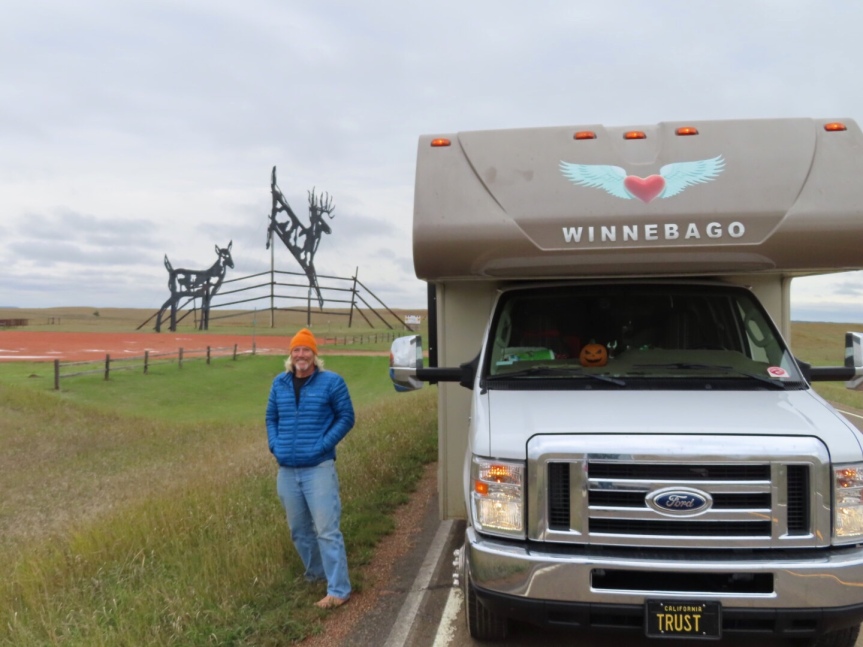 Twenty or so years back, a local resident was trying to put his area of North Dakota on the map. Farming was in a slump and there was no tourism or other enterprises in the open range. He began erecting a series of giant metal art installations on the 30 mile stretch between the main highway and his home base in Regent. Gary Greff saw it as a way to get people to pass through the area and it has worked to an extent. 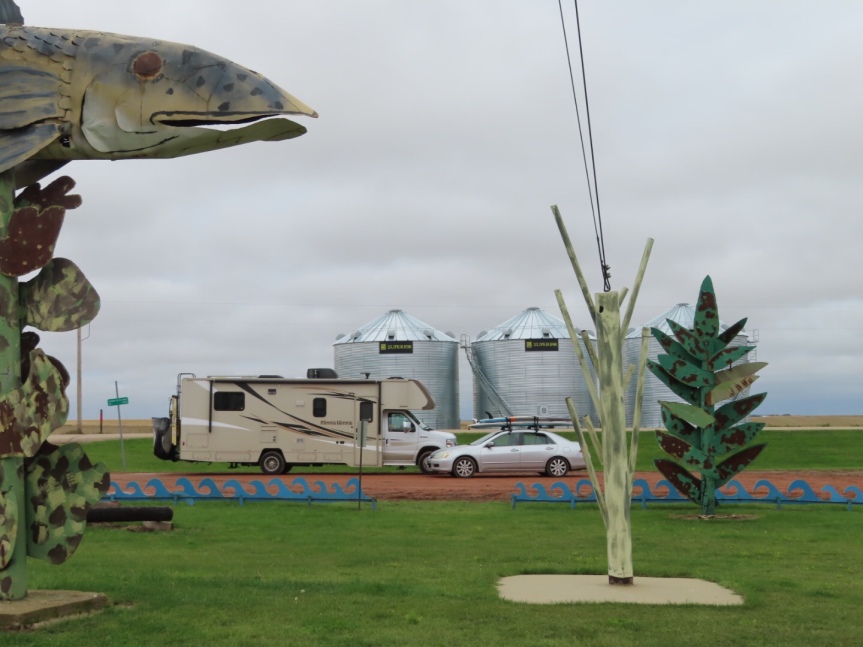 There are seven major sculptures spaced out along the highway, many with picnic areas and parking areas. I imagine in the summer there might be quite a few visitors but we only saw a few on this chilly day that never got out of the thirties. 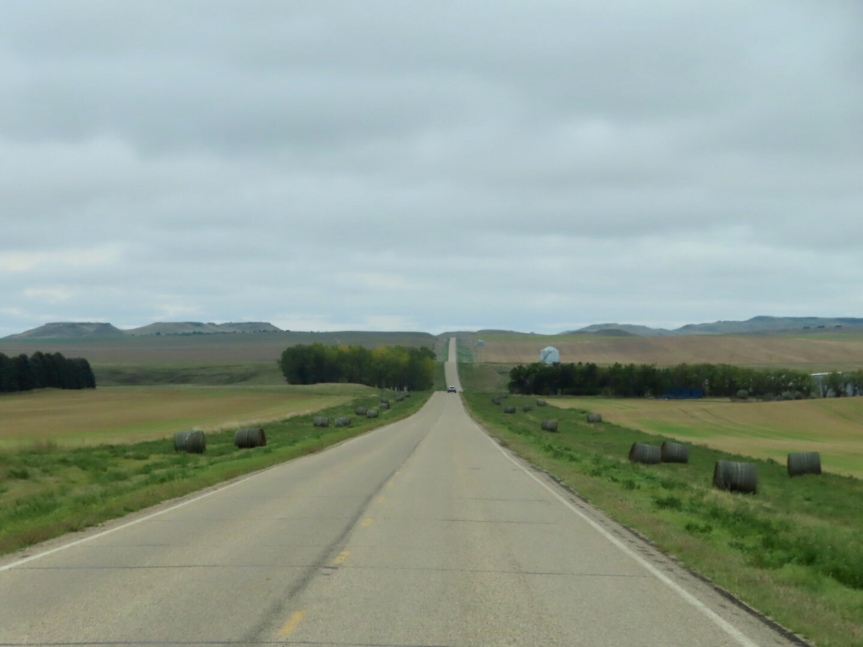 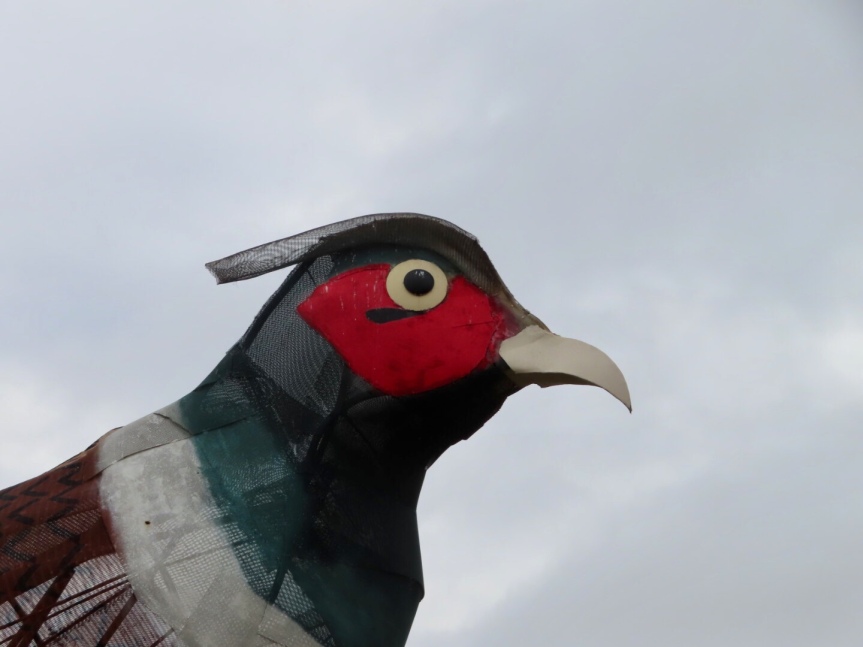 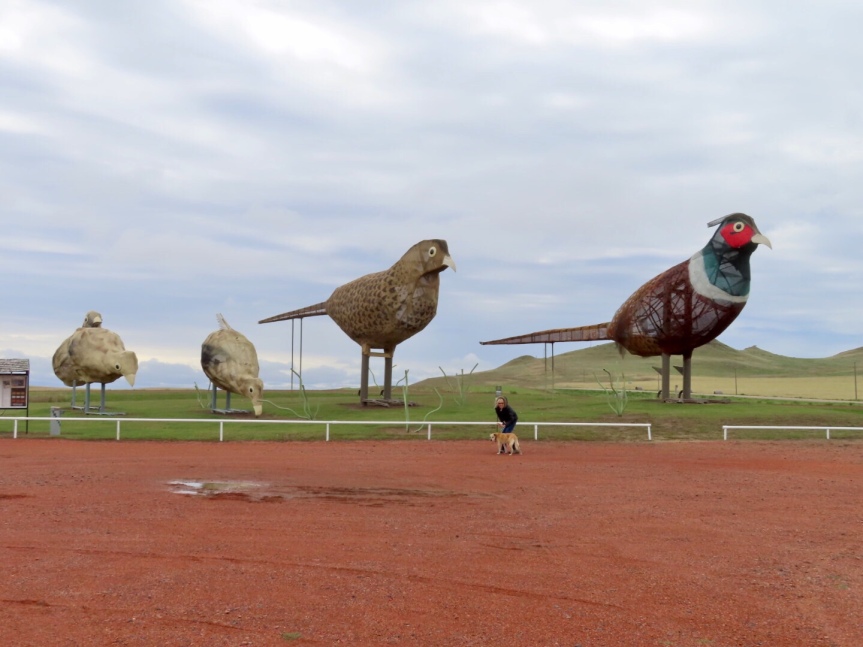 Drizzle and occasional showers followed us the whole way. We spent some time stopping and being touristy on the enchanted highway but we were pretty much all business after that pounding out the miles through the flat farmlands and then into the rolling hills that the Dakotas are famous for. Sunflowers and corn seem to be the main crops or at least the only ones still going at this time of year although they are looking like they are finishing up for the season also. 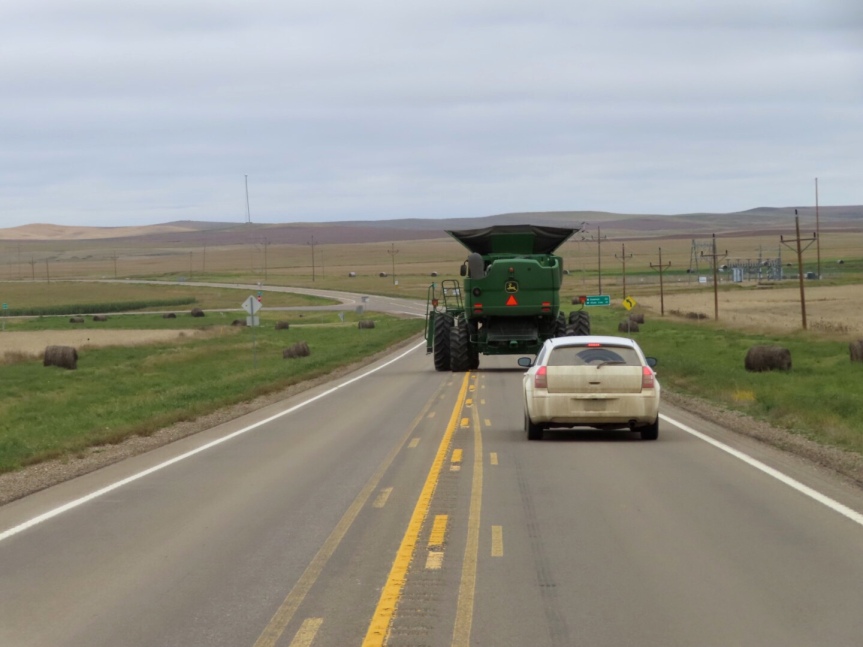 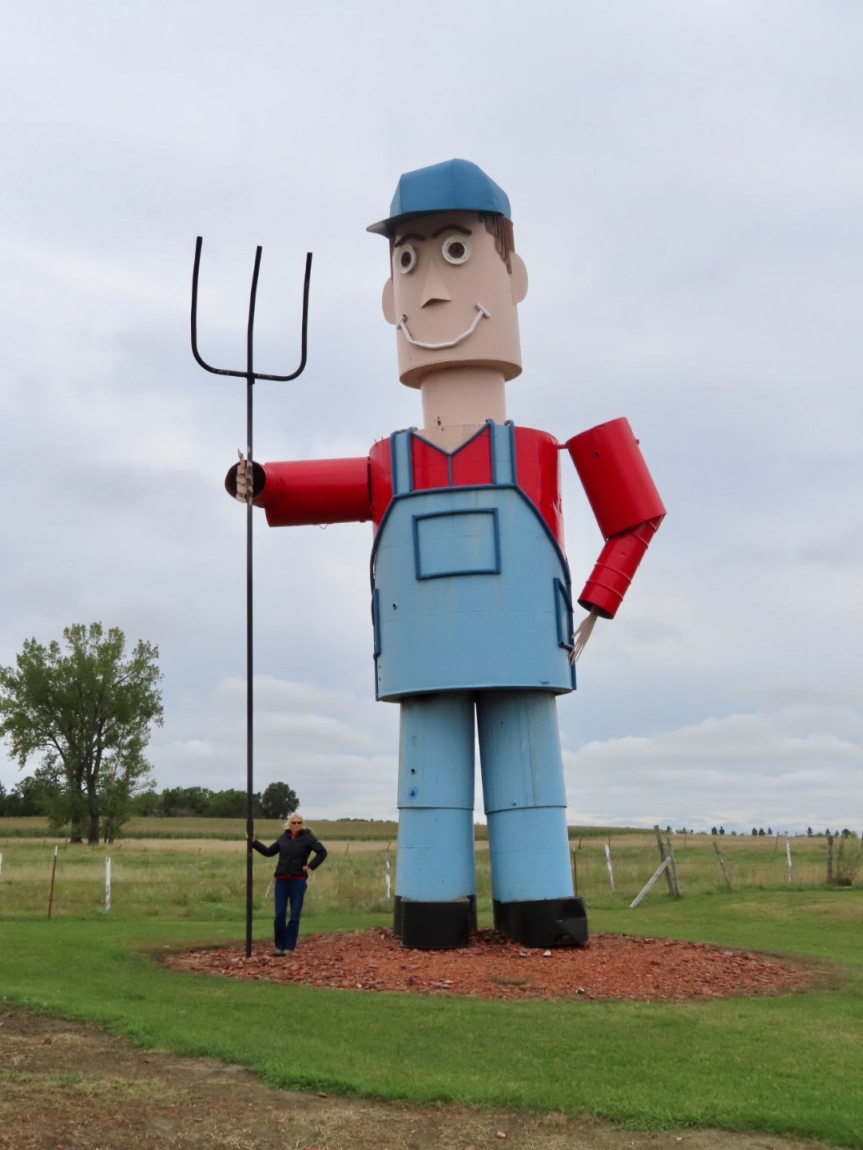 We did regular breaks about every hour or so to let Cali stretch her legs and for us to recycle the endless flow of caffeinated beverages that are the staple of the drive. Our only other little break was a quick stop in the parking area of Full Throttle Saloon in Sturgis to see where all the biker action takes place during the summer event. It was so dead on a desolate Monday in October that the owner came out to the parking lot to try and lure us in. But we had miles to cover and the day was slipping away. 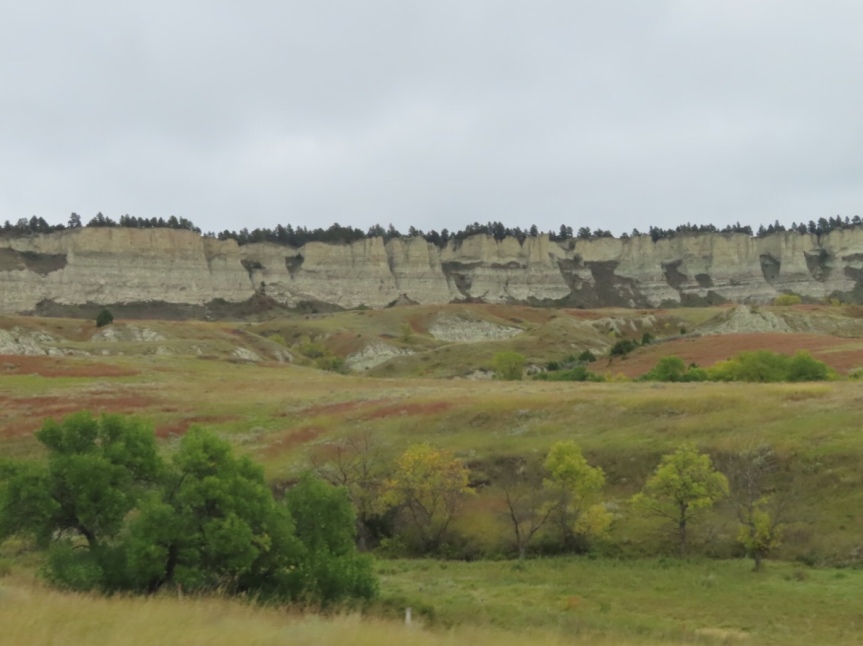 An hour or so later we were dragging our burnt out carcasses across the closed entrance to Custer State Park. We stuffed our entry fees into a self serve envelope and drove the rest of the way to our campsite at the Blue Bell Campground. It was maybe a quarter full. We found our spot and got set up and gratefully stopped driving for the day. Over nine hours on the drive including all of our breaks and dog walks. The time changed again entering South Dakota so it was earlier by the clock’s reckoning but we were in bed for an early night. 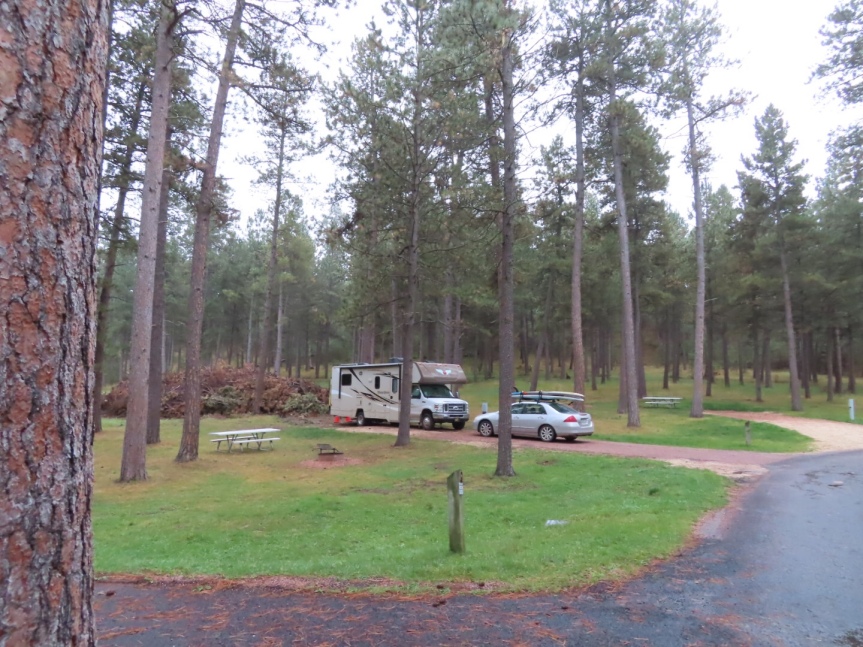