Today found me mostly lounging around the grounds at Hotel Cortez. After sitting under the shade of the awning with a tasty bowl of oats and a hot cup of tea, I rounded up my paddling gear and carried the board through the lobby and down to the launching zone next to the little pier. The high tide had the rocks covered and it was easy entry into the bay. I headed north into the main bay of downtown Guaymas. Lots of high end homes lined the shore where pelicans did their kamikaze dives into the sea snatching up unwary fish.

I continued on to the far shore with its short bluffs and rocky outcrops. A pair of fishermen were setting out their net trying to figure out where the contour of land and sea would provide the best opportunity to fill their boat. I had tentatively planned to round the point and move into the next bay between Guaymas and San Carlos but the wind had come up and I would be fighting it on the paddle home. 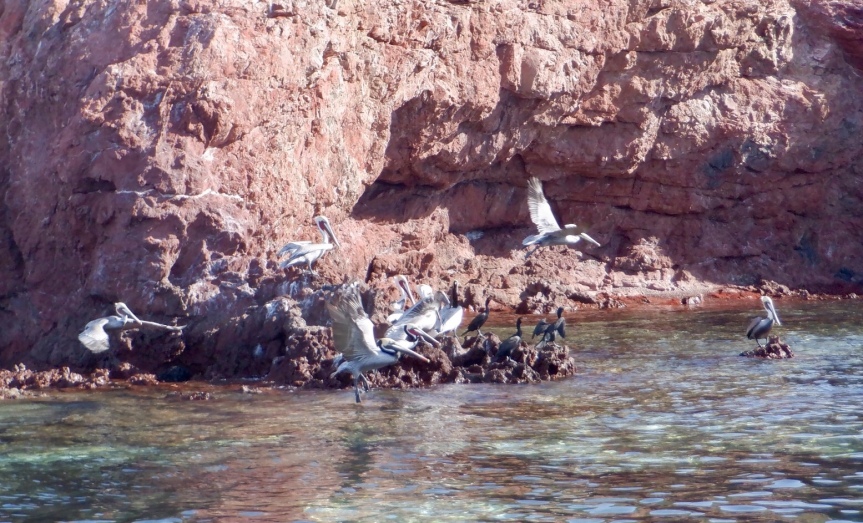 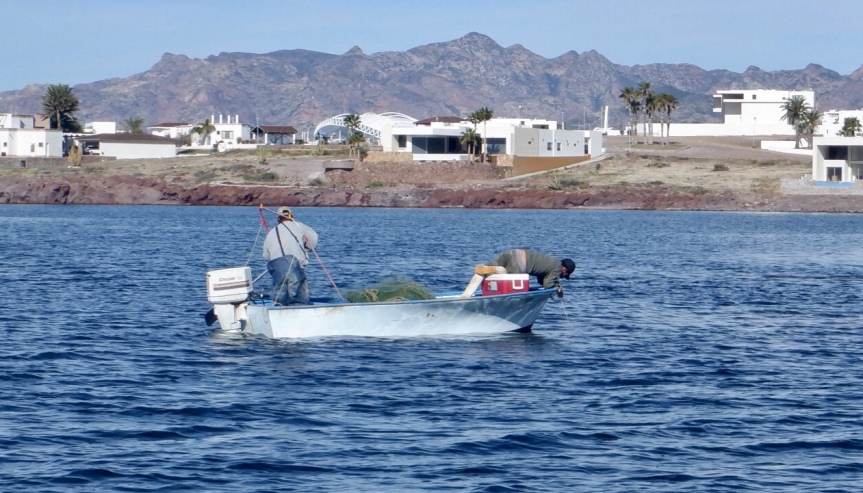 I turned for home and got to work. As long as I kept consistently paddling I continued to gain ground. I cut across the bay at an angle and reached the shore near the ITESM campus on the point then swung along the shoreline until I arrived at the Cortez. I jumped in the cool ocean for a swim then sat on a bench cooling off in the warm afternoon sun. A fantastic way to start the day. 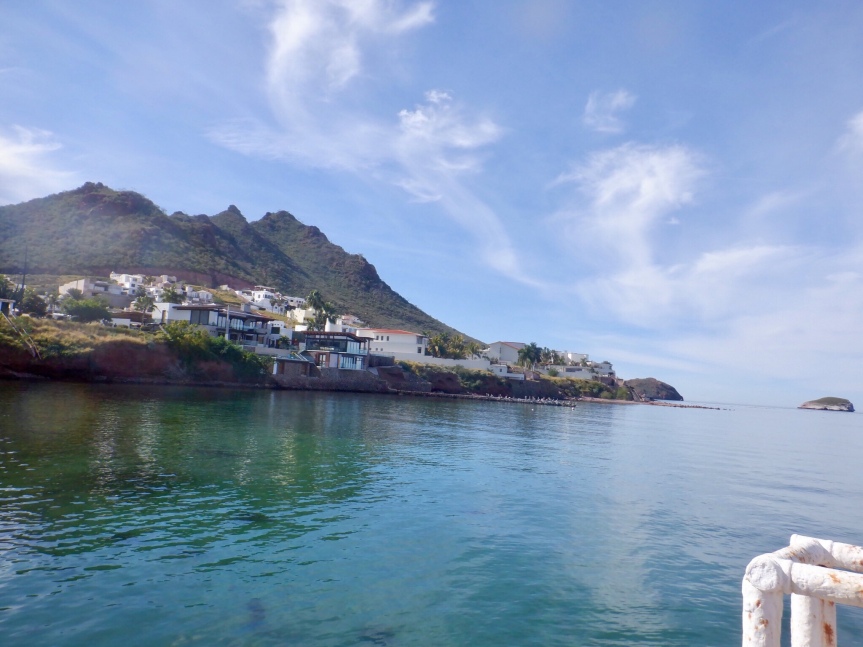 The pesos were running low, so I asked Enrique the grounds guy where to find a bank. I unhitched my bike and pedaled back out to highway 15 and rode right into downtown Guaymas. I found an ATM and reloaded the wallet then found a back road home. On the main thoroughfares I rode up on the sidewalk since traffic was a little sketchy. It was fun to get out and have a look around but I was happy to get home and relax. 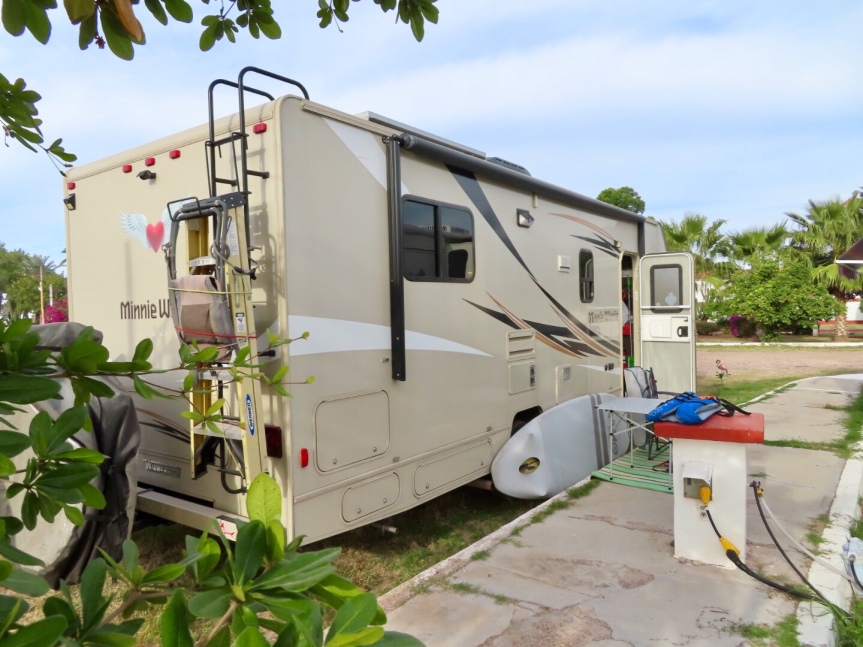 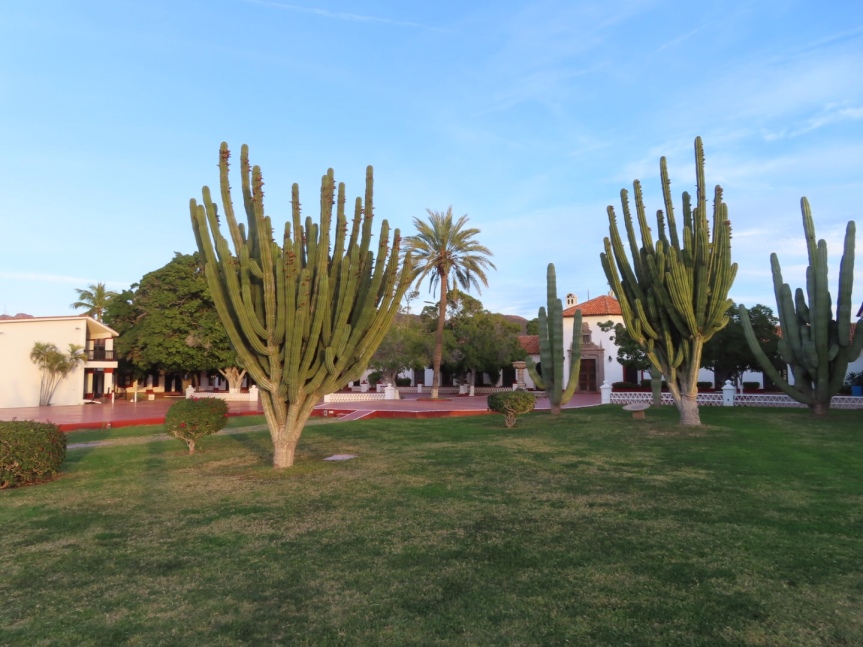 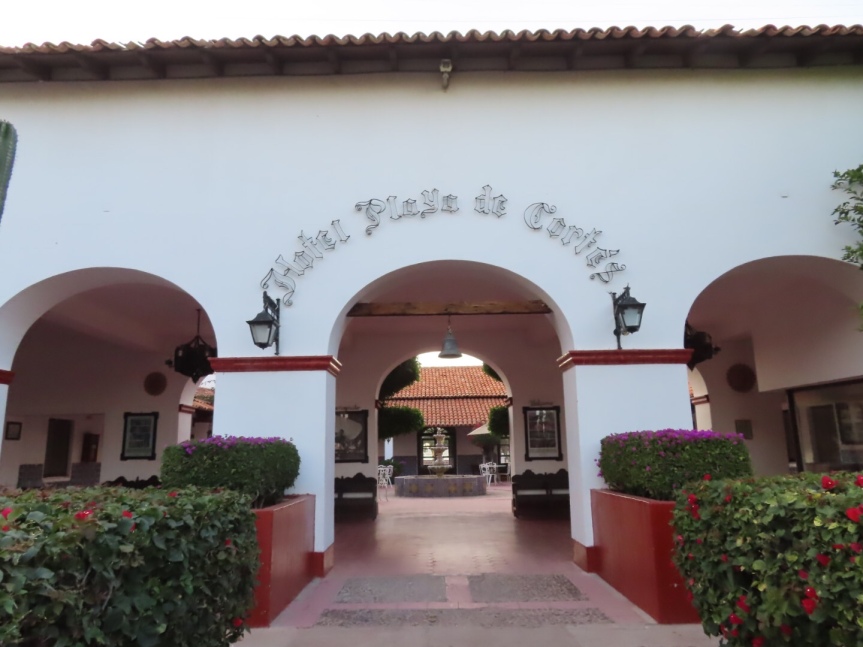 I spent some time reading outside, talking to folks next door and watching some playoff football with the overly boisterous Spanish language announcers. Touchdownnnnnnnn!!! I hadn’t slept a lot the night before so the low key loitering around home base was perfect.

As the day ended, I found an inviting bench and put my feet up on the little stone wall to take in another resplendent sunset over the sparkling Gulf of California. I lingered until the quickly chilling air gave me the nudge I needed to get up and walk back to the RV for the night.