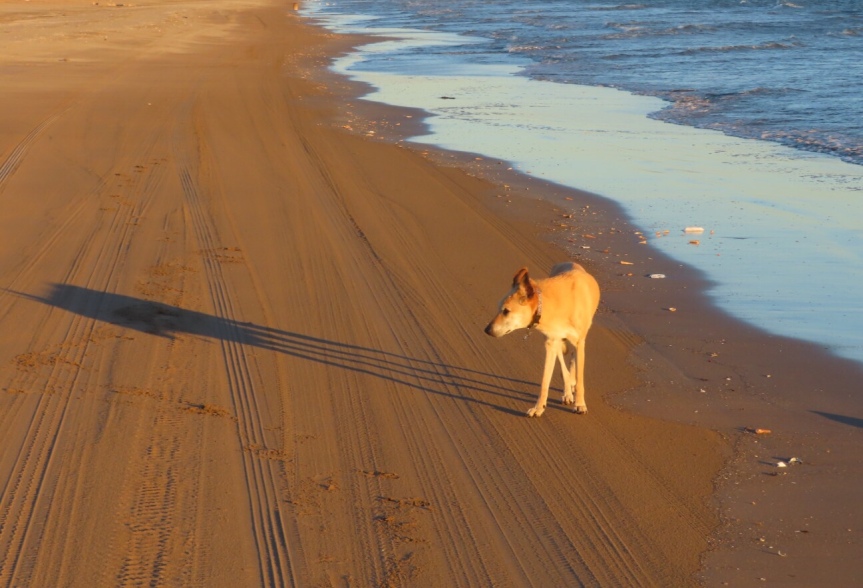 I kept myself busy most of the day here at El Mirador. Once again I was awake before the sun came up, so I took a walk down the beach to the south waiting for the sun breach the horizon and herald in the new day. The row of houses along the beach is an odd collection of total ruins, fancy luxury homes and once nice places falling into disrepair. 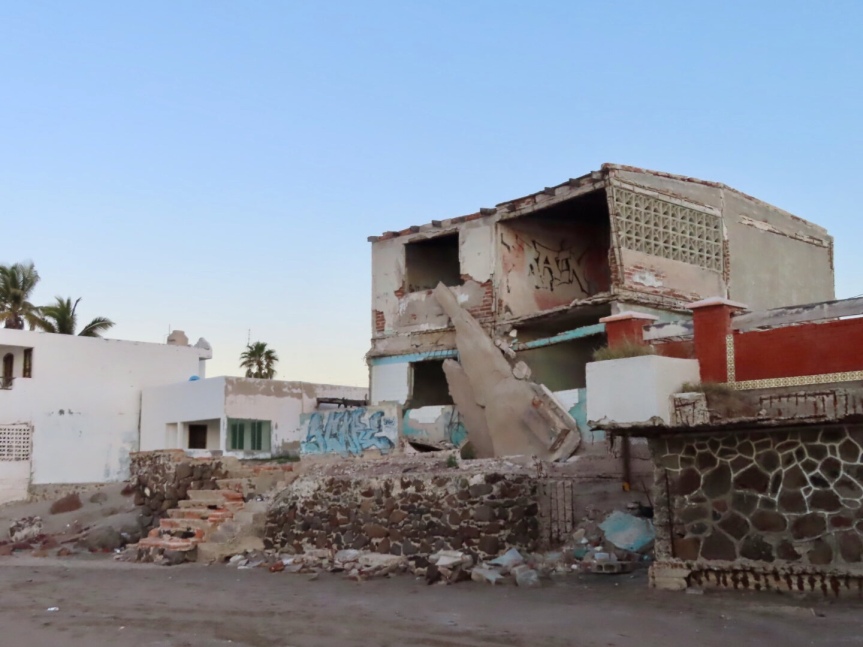 The sun made its arrival and the temperature is promising a gorgeous sunny beach day. A trio of fluffy escorts decided that they needed to help me find my way home so they abandoned their porch and frolicked with me for a ways. A fisherman in a fluorescent green onesie was putting his back into hauling in a net he’d set out the night before. But his effort was in vain as the monofilament web proved empty when he finally got it up on the shore.

Inspired by his lack of success, I decided that I might as well not catch any fish either and pulled out my pole and hooked up some Guaymas shrimp as bait. Well, that wasn’t really my thinking but it was my reality. I gave it a good hour but in the end I only managed to get myself a little red around the edges. I set the pole aside and took my little trash picker and walked down the beach filling a large kitchen bag with all of the random garbage that the locals so freely bestow upon the beaches here. It was pretty zen and I have no regrets whiling away the time wandering the wind blown sand.

Since my chair was already stationed on the sand, I picked up my beater guitar and sat on the beach and strummed on it for a while. A carload of punk teenagers startled me passing by just a few feet away at a high rate of speed. I’ve never been a fan of the cars on the beach thing, but it is pretty big at this particular beach. They reached the row of poles in the sand that prevent them from going into the residential zone and zoomed back past stopping in front of the restaurant. Six of them walked down to inspect the oddball gringo and see if they could get a song out of me. They are high school boys from Novajoa ditching school to come out to the beach and drink beers. I did my best version of La Puerto Negra and they practiced their English a bit before stuffing all six of them back into their little subcompact and roaring back down the sand hanging out the windows hooting. 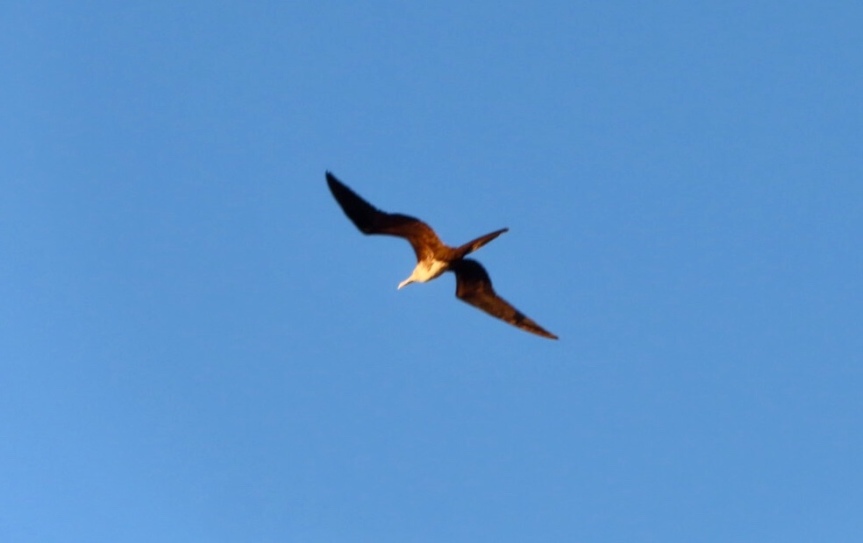 All this activity was wearing me out so I moved up in the shade and talked to the older British Columbian couple next to me. After that, I found myself inside taking a nap. This could be habit forming! I was snoozing pretty good when the Canadian on the other side of me decided to get his dog all worked for chasing its ball and it was barking like mad. Guess it’s time to get up and jump in the water. Same as yesterday. The wind was stiff out of the north. I pushed hard for twenty five minutes into the gusts then pretty much coasted back diving into the sea at the finish to cool off and wake myself up.

I spent some time in the afternoon wiring up some shark teeth for necklaces and coming up with a silver wire loop so I can hang the coral cross that Enrique gave me yesterday from the mirror . Was that yesterday? Seems ages ago already.

As evening approached, Cali and I went for a long walk to the north towards the twin trees by the abandoned bathrooms. Cali was feeling frisky and running up and down playfully. The sun set behind a long line of trawlers that have been working the area for the past few days. We sat on the stone wall out front and watched the golden ball melt into the slate colored sea. 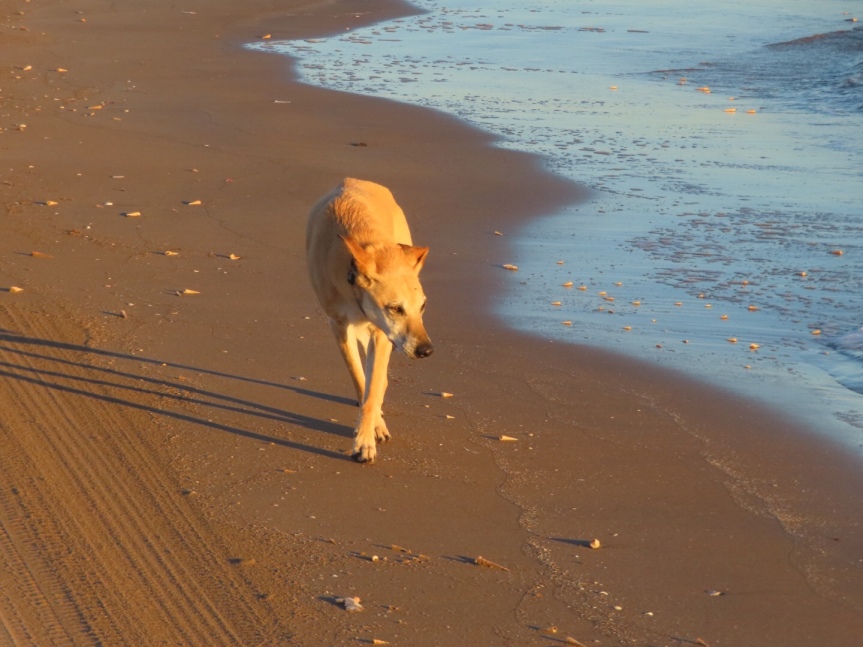 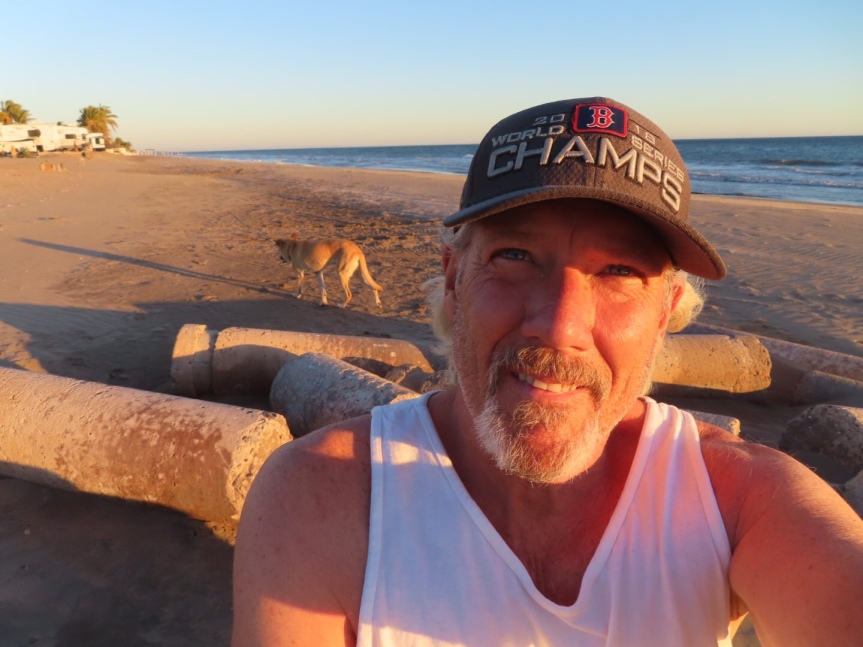 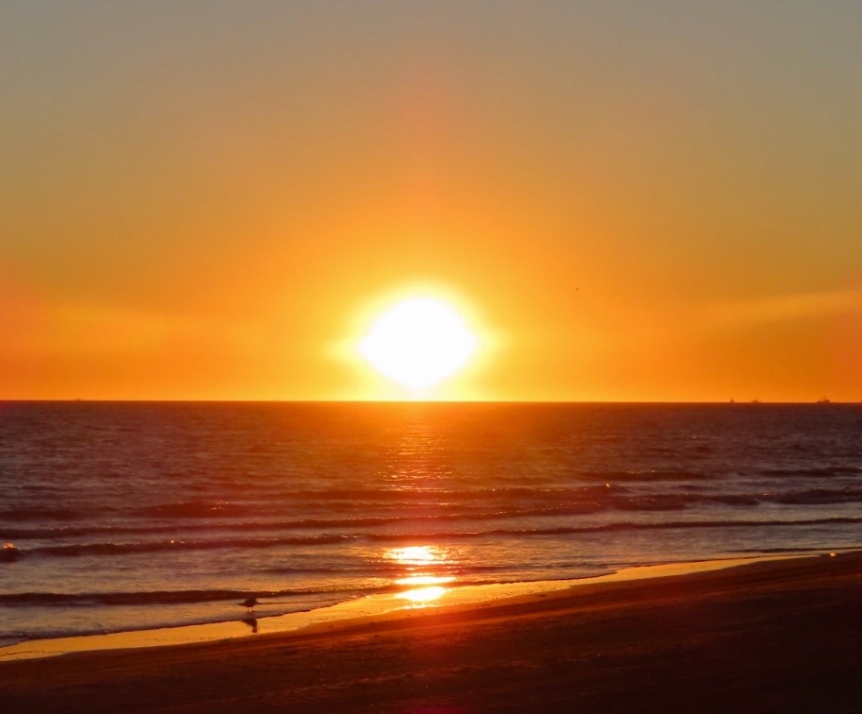