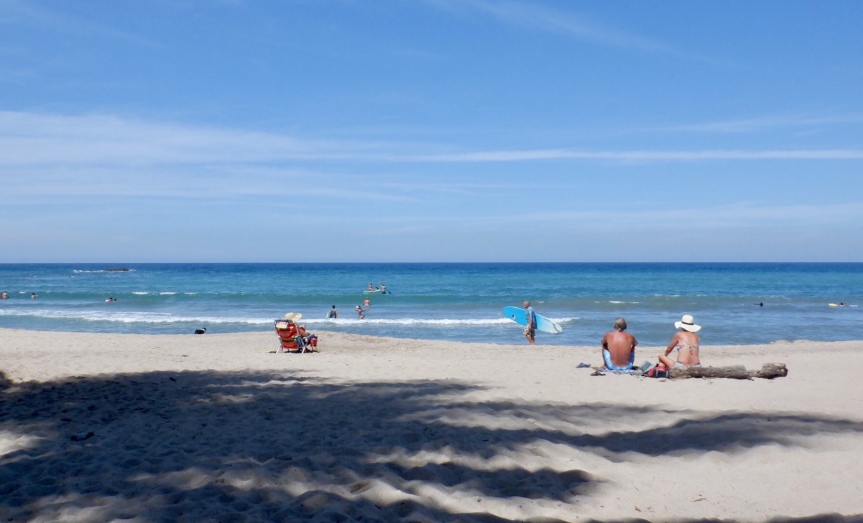 I started the morning off casting my lure out into the surf off of the rocks at the end of the point. I gave it a half hearted attempt then walked over to the boats to see what the fishermen had brought in for their catch. Lots of smaller fish, one to two pound snappers that the restauranteurs were grabbing up since they were perfect for their whole fish plates. 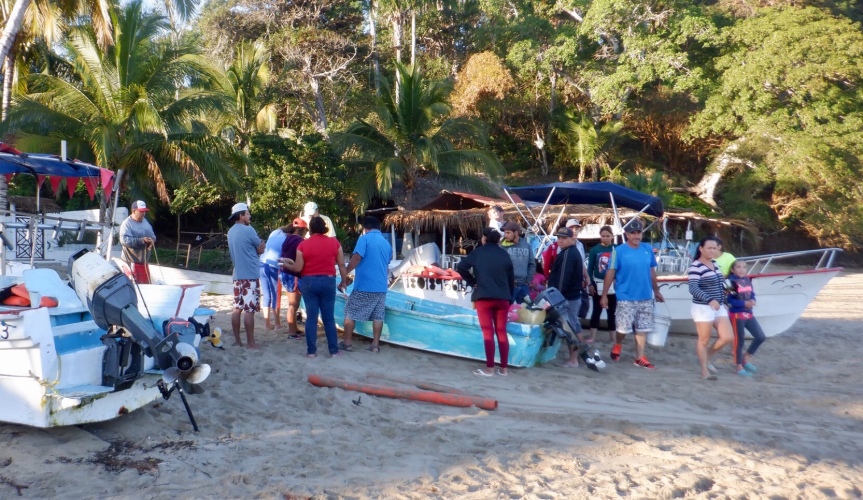 After breakfast, I pedaled on over to the Sunday morning AA meeting on Emiliano Zapata. Once again, I got caught by the time change when you reach Lo de Marcos. They adjusted their time to match Puerto Vallarta a few years ago since so many people were missing their flights. I arrived as the meeting was finishing up, maybe the last fifteen minutes. I did this a few years back when I was supposed to be opening the doors. At least I wasn’t holding the keys this time. 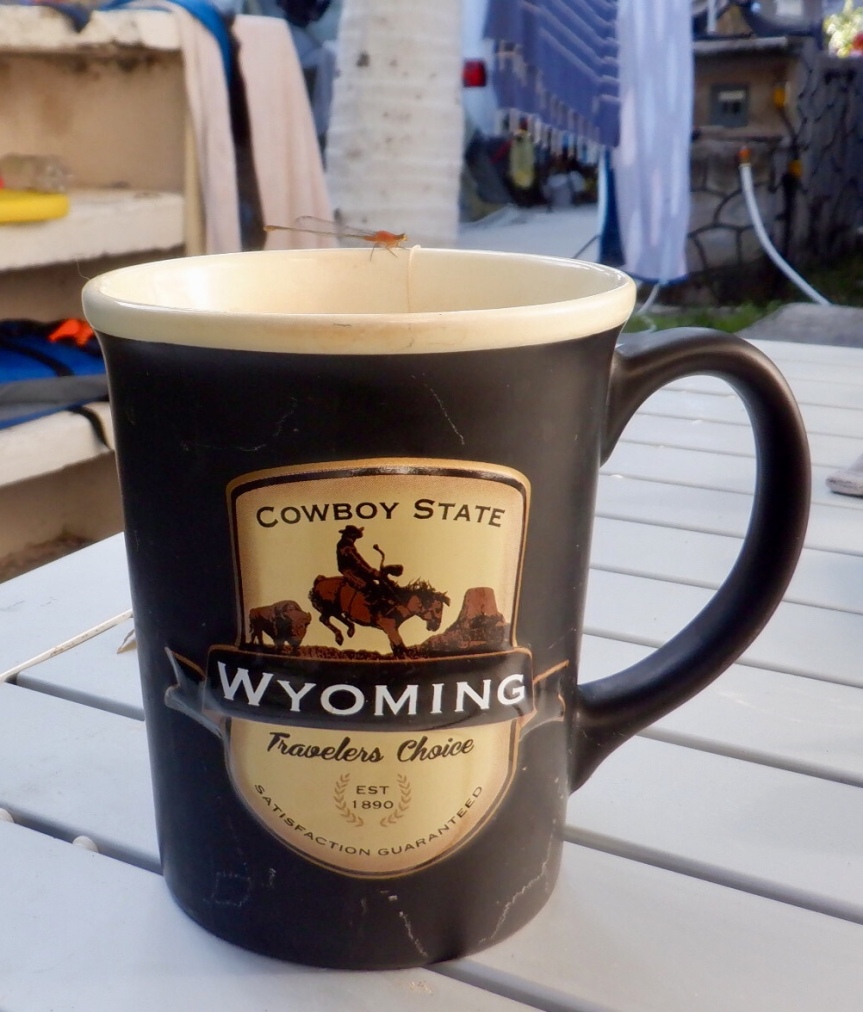 When the meeting finished up, I talked to a few friends then rode my bike into town to have a look around. I went to Clarita’s Restaurant for brunch. It used to be the central hub for gringo activity in Lo de Marcos, maybe the nicest spot in town at the time. Today, there were two people sitting for breakfast while the new hip spots on the main road were packed. Change never stops. With a few eggs in my belly, I pedaled into town to take care of some errands. Bernal’s for a few groceries then luckily, the little hardware store (the neat guy) was open. I got a really cheap hose end to repair the leaking water hose I’d gotten at Benny’s when they were closing out their stores. I stopped at Rodrigo’s fish shop and picked up a few shrimp then headed home. 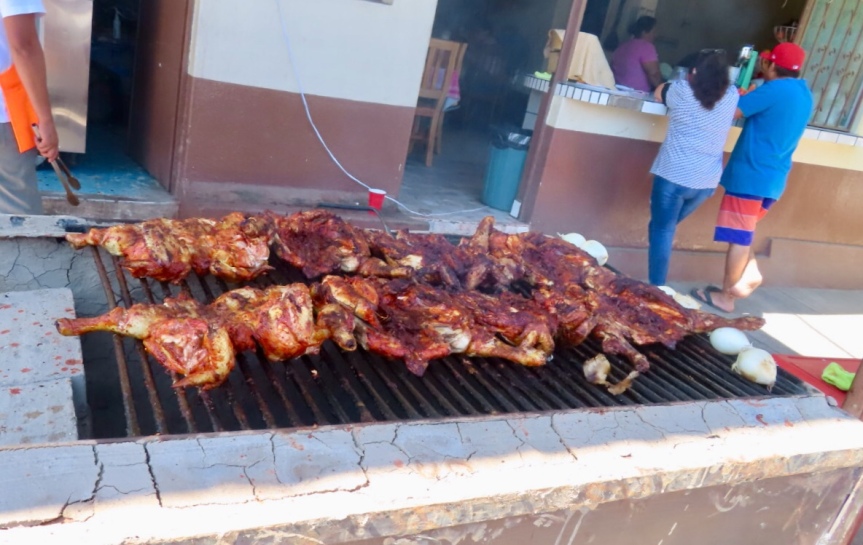 Hot and sweaty from doing my chores, I got the urge to get out in the water. I picked up my kick board and went out and caught a bunch of little shore pounders. There were quite a few people out giving it their best in the warm Lo de Marcos waves. Old timers and some local kids all smiling and charging the surf. A sunny afternoon brought lots of people out. 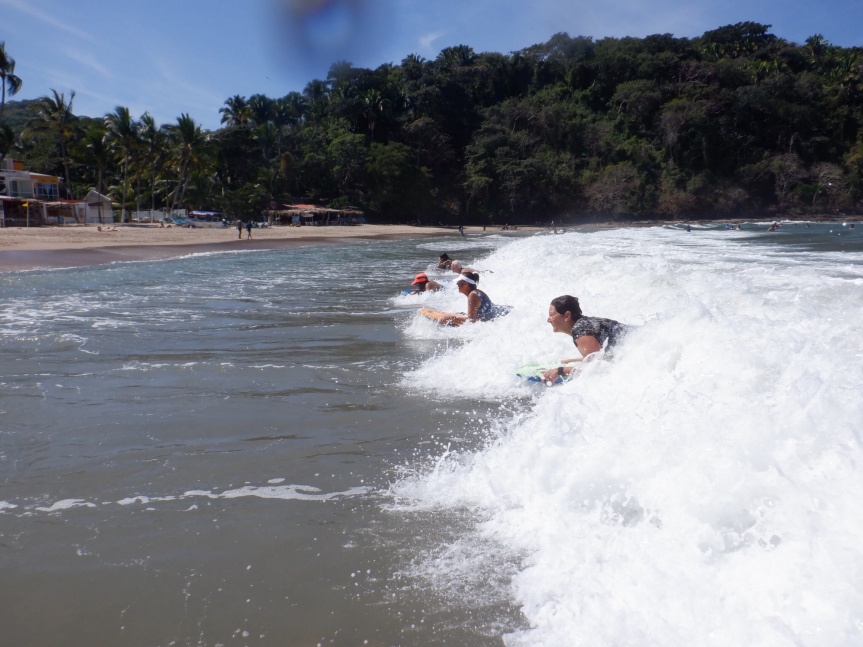 The Brazilian couple who had been hanging out here for the past three months were moving on so the compound put on a little going away potluck for them. I ran into my friends Bryan and Barb with their dog, Luna. I hadn’t brought any food, but Bryan convinced to freeload from the buffet. I only sampled a little because I wanted to go into town for some dinner. I rode into town and found a small local joint on Zapata and had a bowl of pozole. Did some reading and playing with photos into the night.