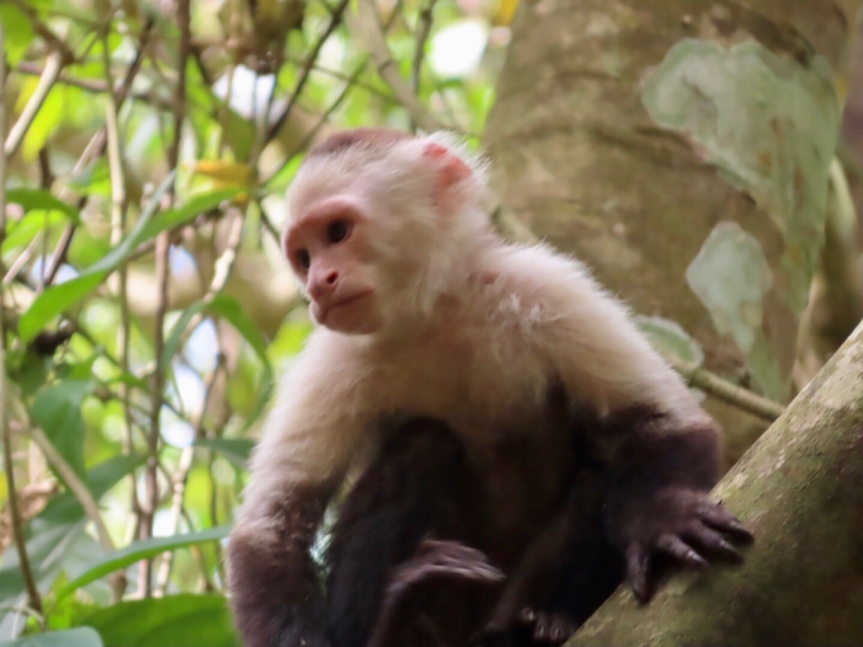 Sleeping came hard last night as PJ was on high alert against infiltration by the horrific hordes of jungle insects beating at the door of our rustic lodge. The bathroom is fully outside in a small side yard and some ants and a whip scorpion were traversing the floor. The light in the room stayed on long into our night’s rest but we eventually managed to catch a few zzzz’s. Nevertheless, we were up super early and excited to begin our day hiking in Carara National Park.

When we arrived at the entrance, some guides gave us some essential information about the park then entered into a low pressure spiel on hiring a guide for the trip. Jairo seemed pretty cool and after a discussion of prices, we decided to bring him along on our hike. We bought our tickets then drove with Jairo and Jose, the car watchmen, to the northern portion of the park where we dropped off a steep pitch from the highway and were the only car there. 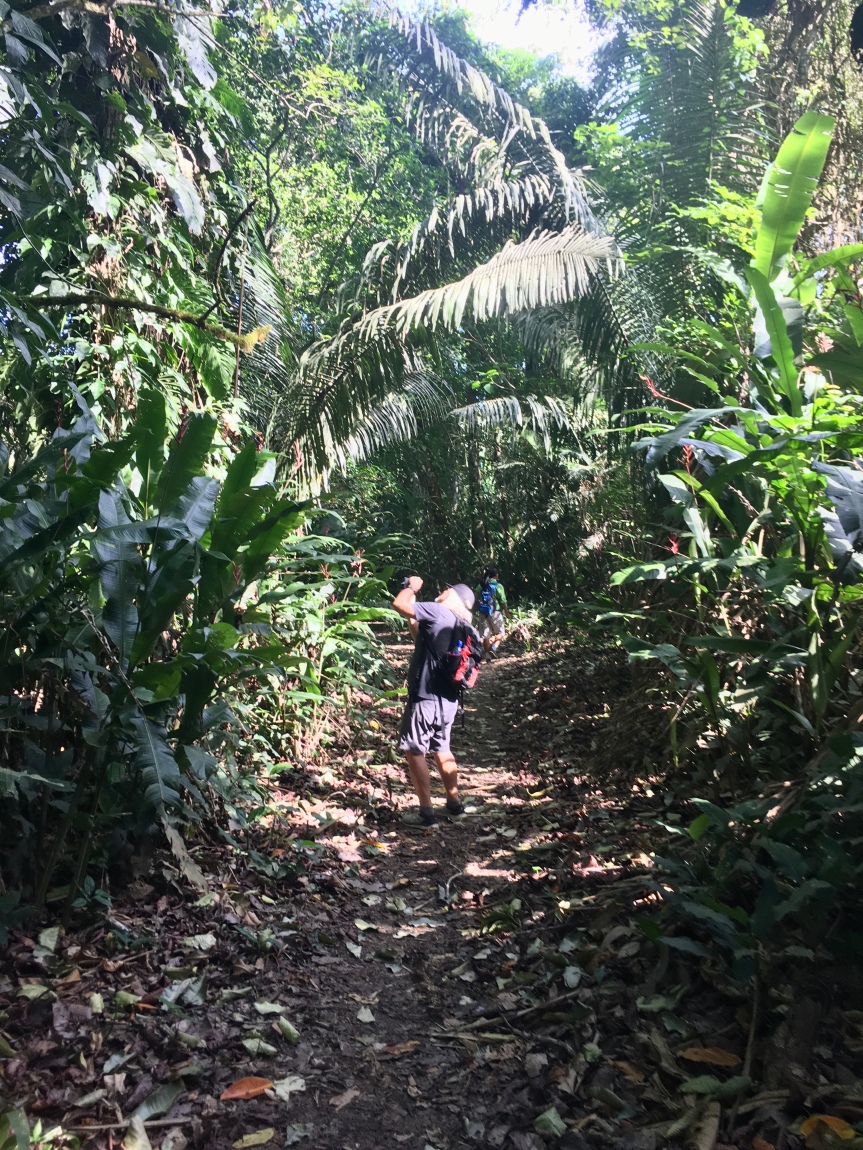 Jairo proved invaluable in finding things we would never have known to even look for like a ghost bay sleeping on the under side of a palm leaf. He knew birds by sound and was able to find them on his spotting scope where I was looking hard and seeing nothing. Birds were definitely his gig and he gave us back stories and lessons on many of them. The loud clicking sounds of the mating dance for manikins for example. 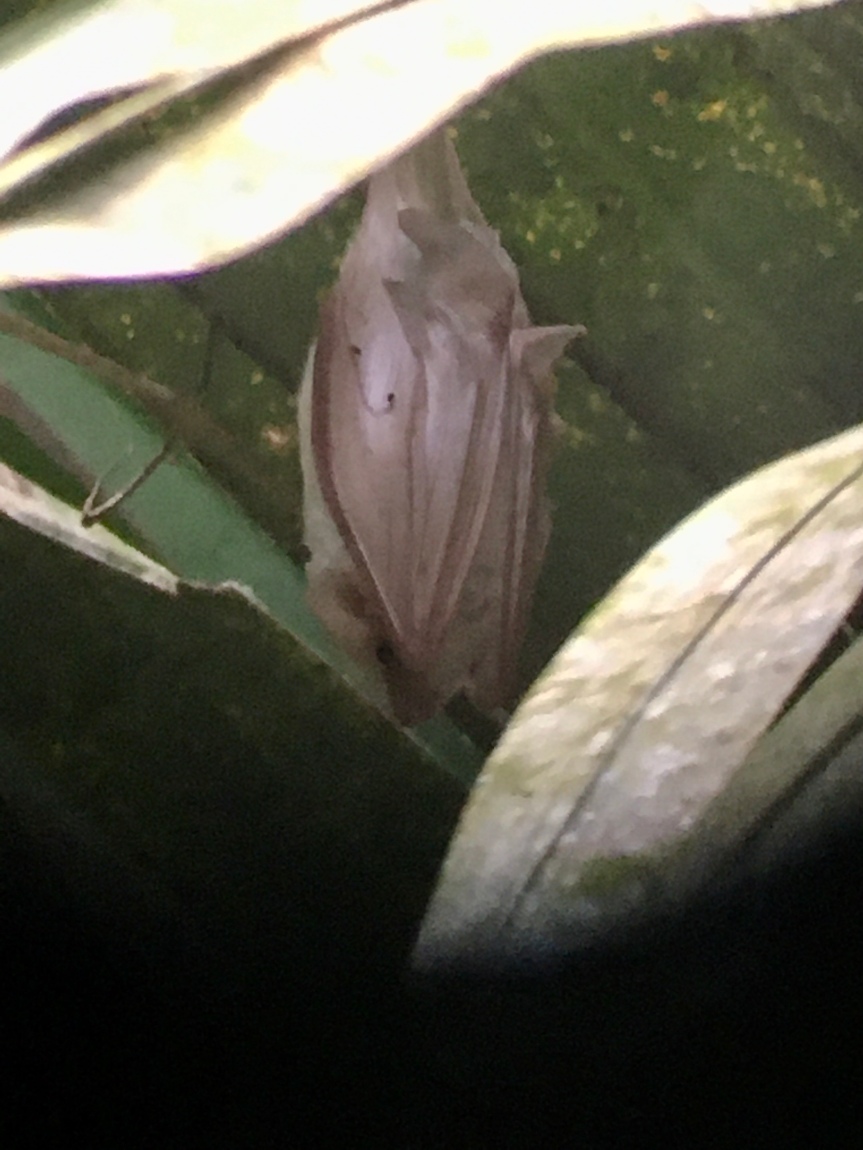 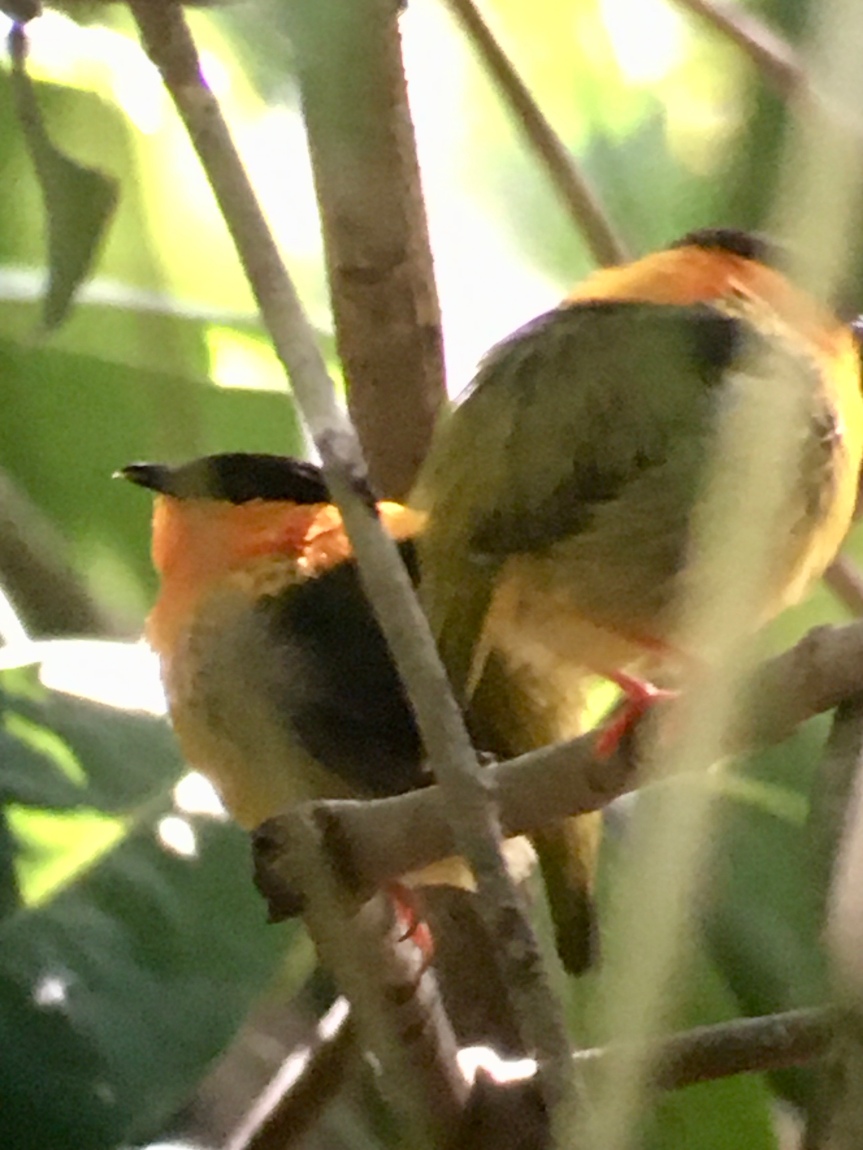 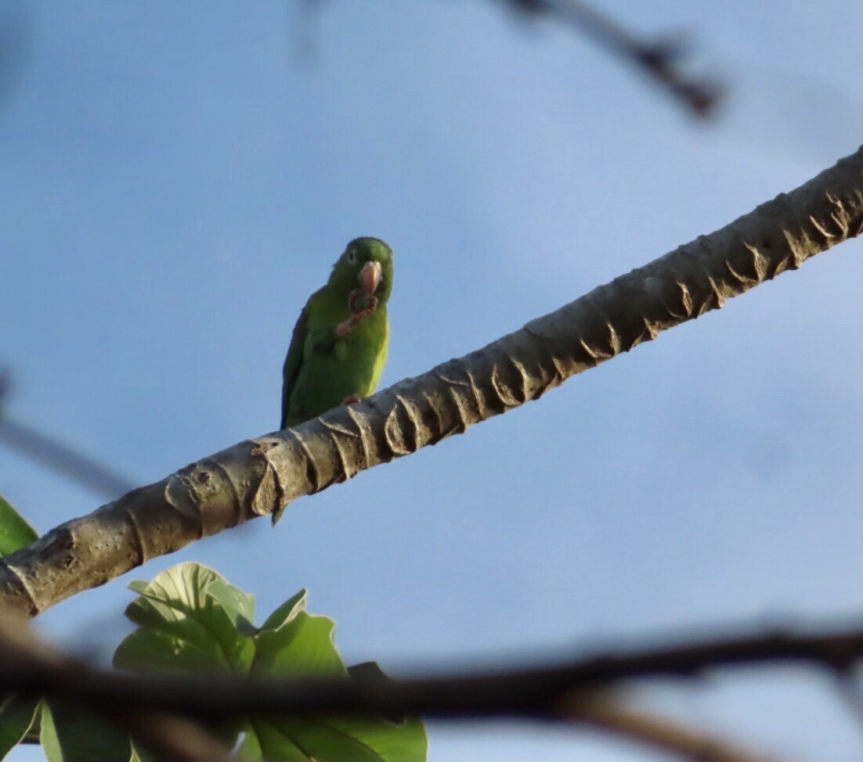 I was almost giving up on mammals when about an hour in, we came across a large family of capuchins, the white faced monkeys. They were jumping from tree to tree and checking us out closely. Way more animated and curious than the usually indifferent howlers. These guys are super smart and energetic. Luckily, in Carara, the rangers are extra strict and being lesser known than the big name parks, the monkeys aren’t fed or as acclimated to human interaction. We hung with monkeys for a while then looped back around returning to the car. 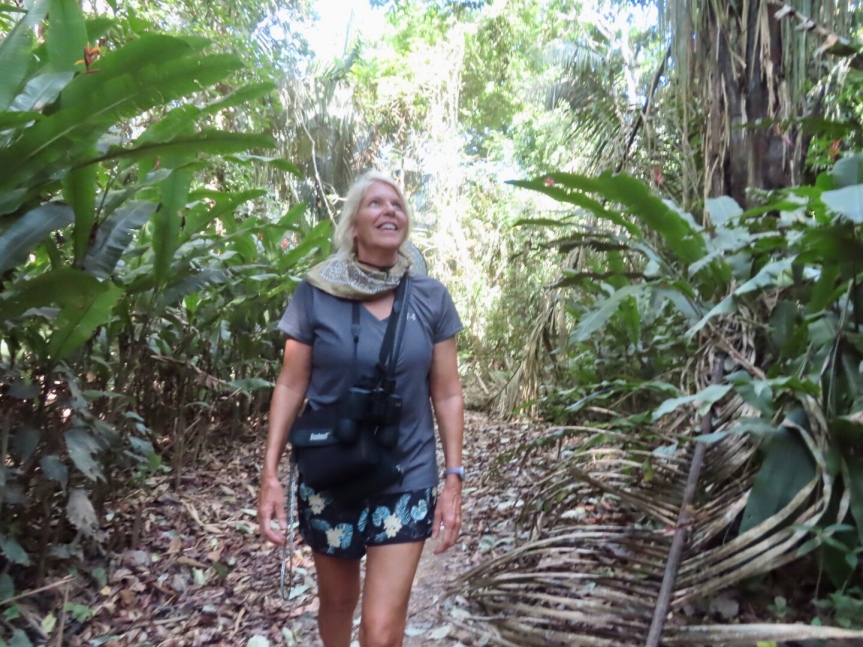 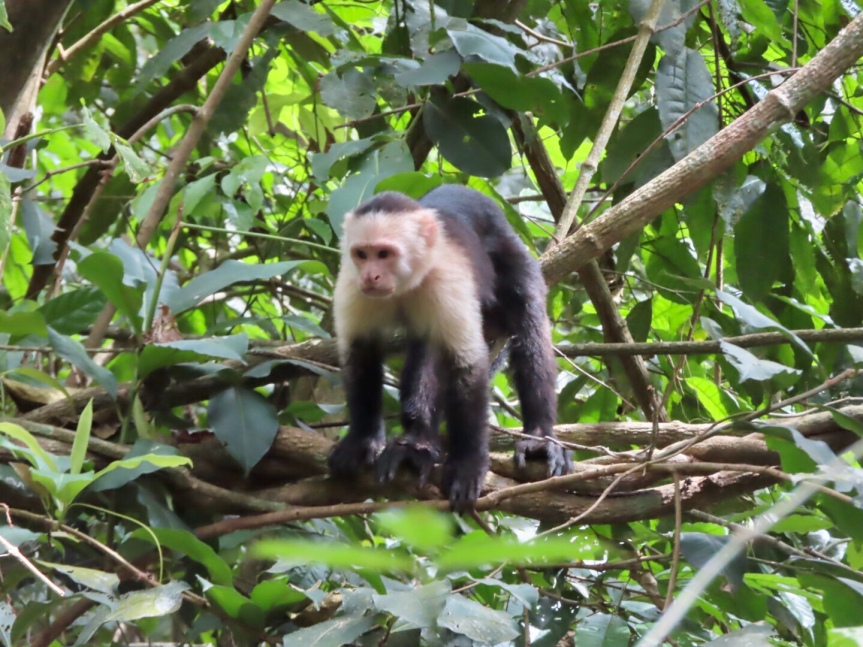 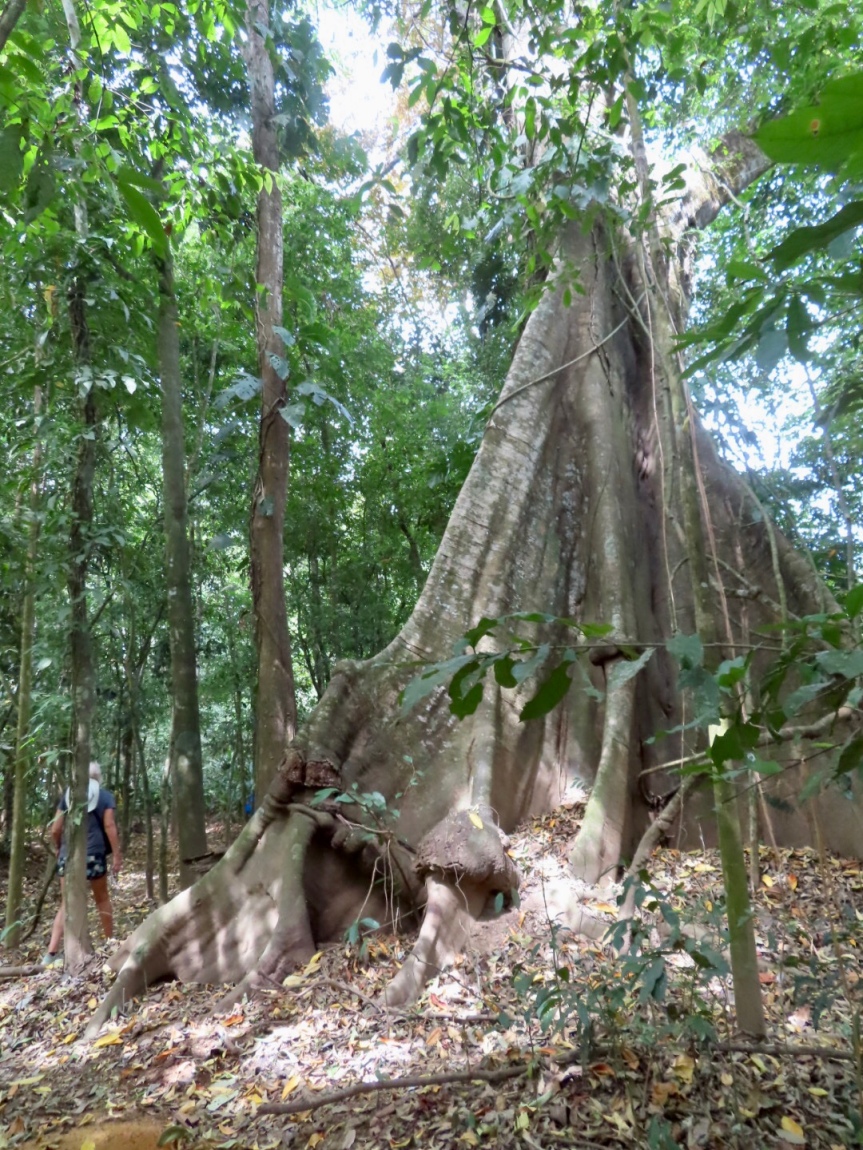 Jairo picked up another group to tour with so we thanked him, landed a few colones on Jose for watching the car then returned to the more popular and crowded southern section of the park. We had our wildlife radar tuned now and found quite a few cool animals on our own. We hiked the easy graded trail then off into the deeper forest behind that. Beautiful birds, butterflies and lizards. 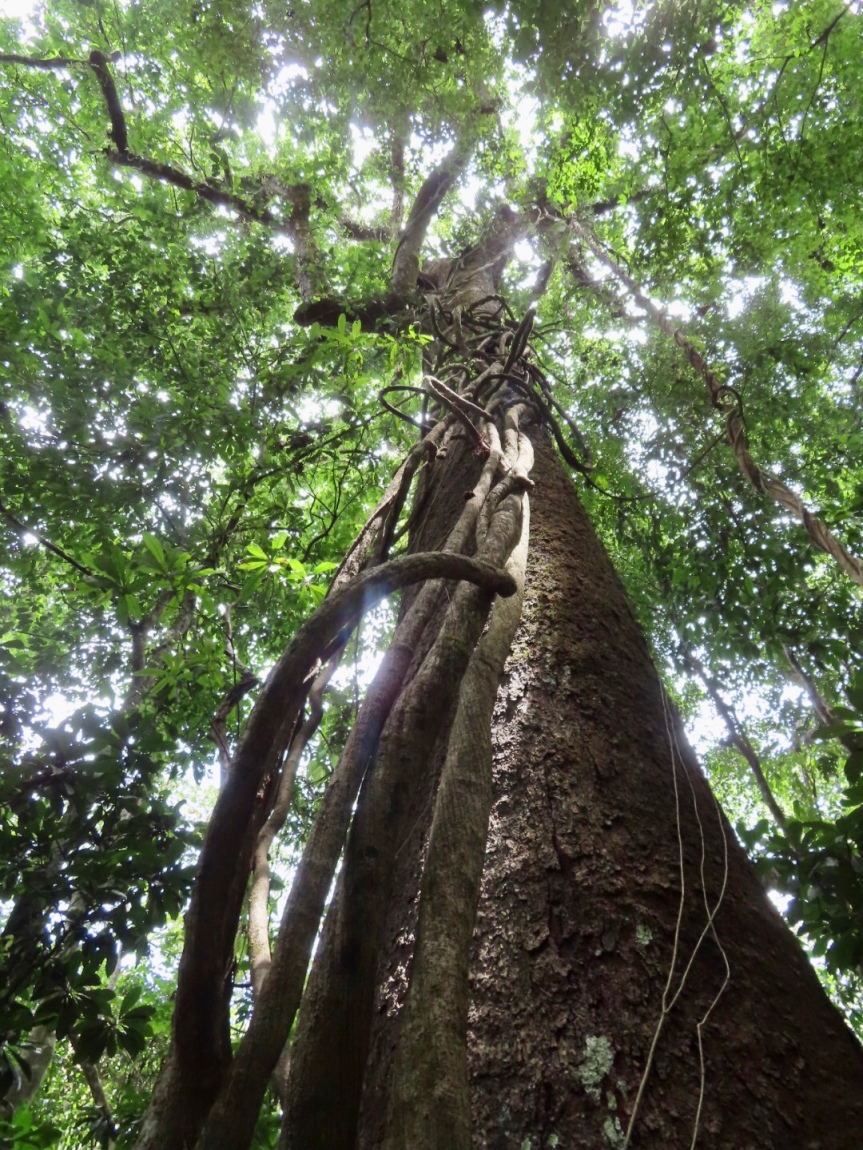 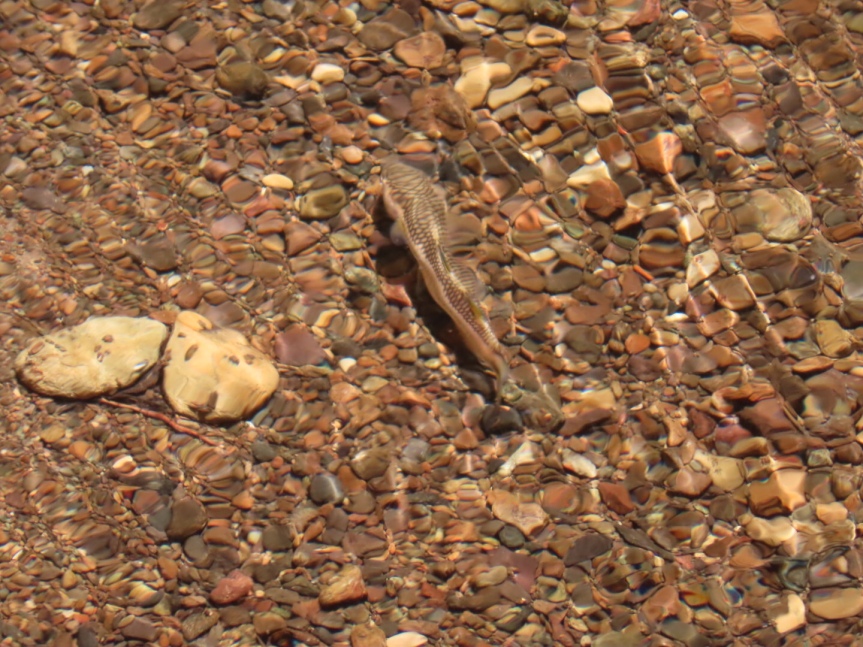 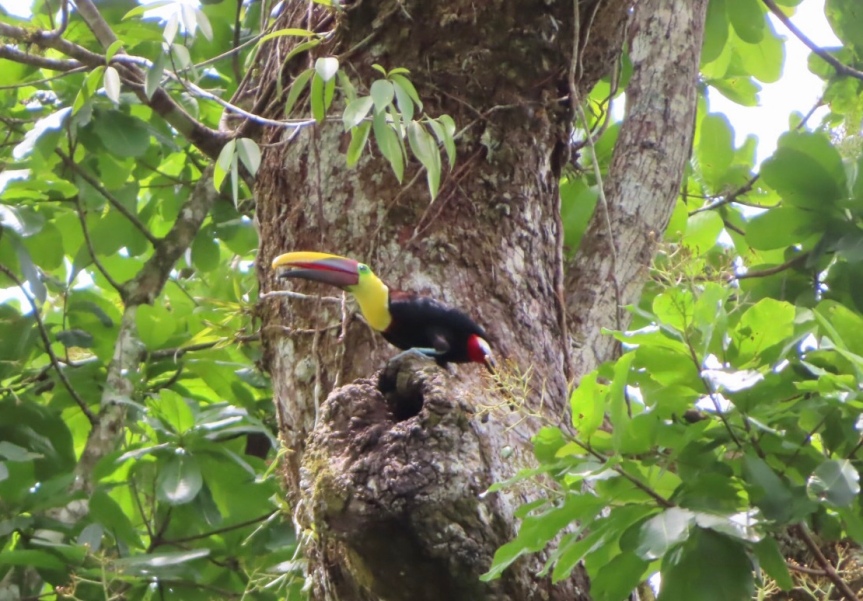 PJ’s keen eyes picked out a pair of toucans in the trees. They were hard to spot at first but she was able to figure out their particular loud call and we heard them further on and spotted their nest high in a tree. So unique and colorful! I was sweated out by the four hour mark, so we threw in the hiking towel and drove over to the Tarcoles bridge for some lunch and go see the monster crocodiles in the river below. It’s become quite the tourist trap these days with the usual hawkers and vendors. But the cocodrilos never change, awe inspiring prehistoric giants. 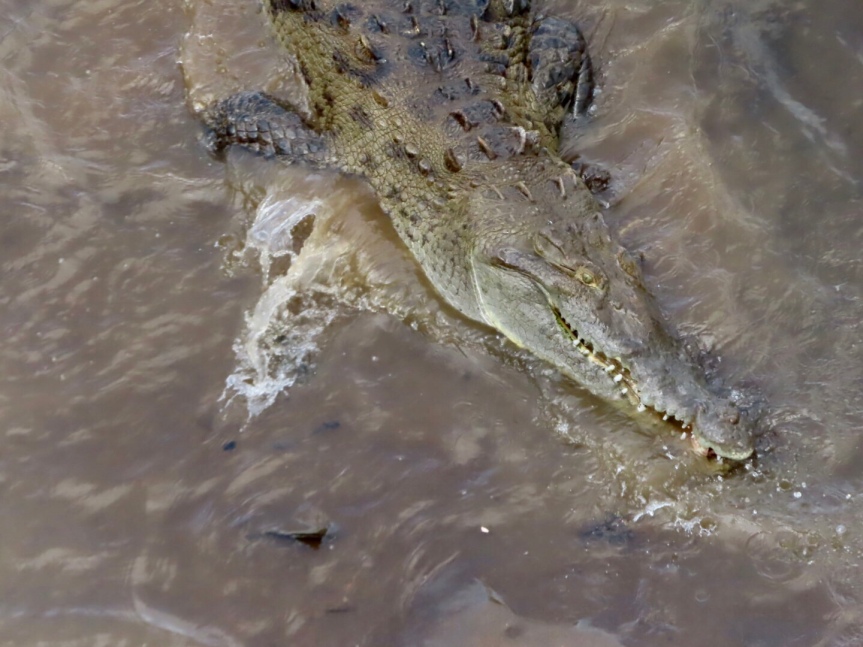 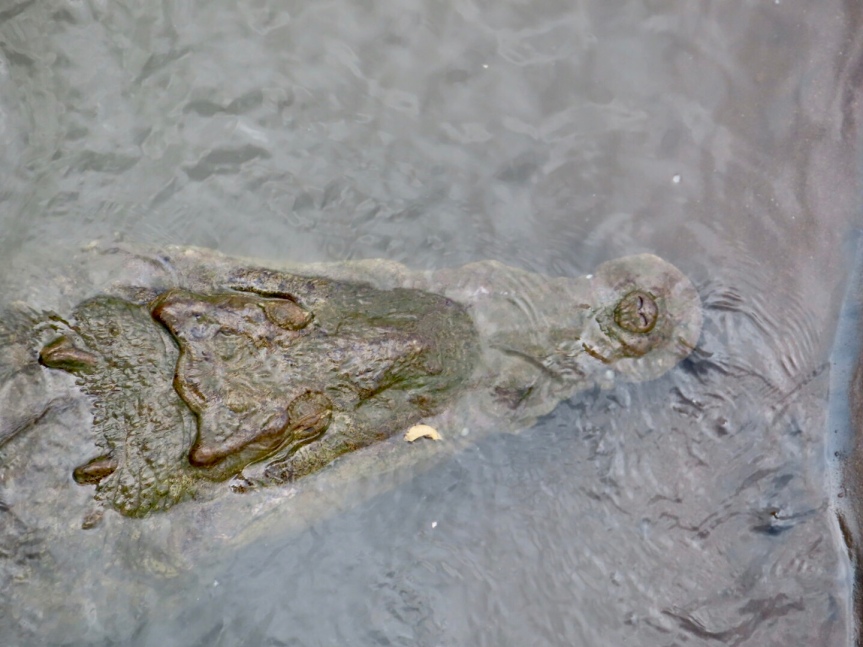 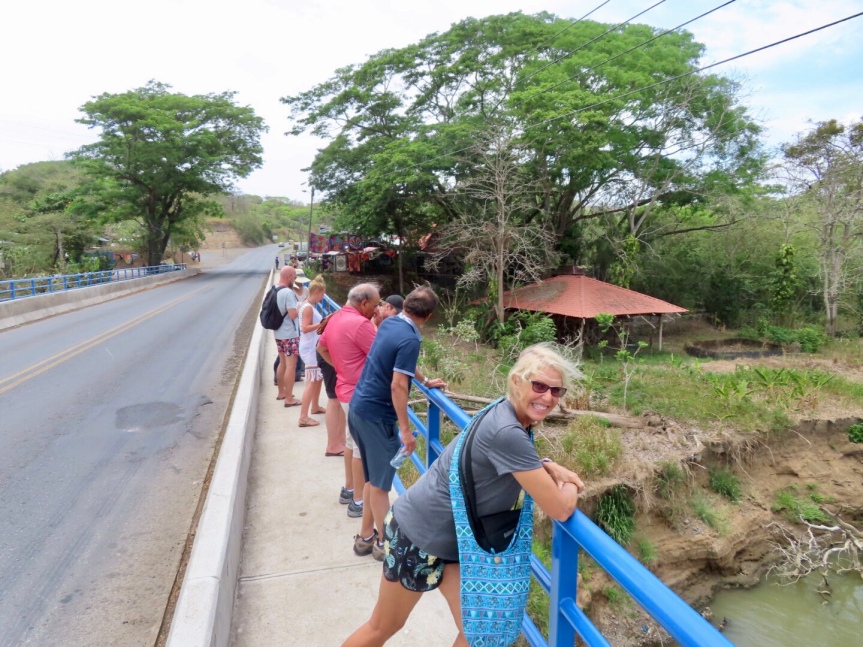 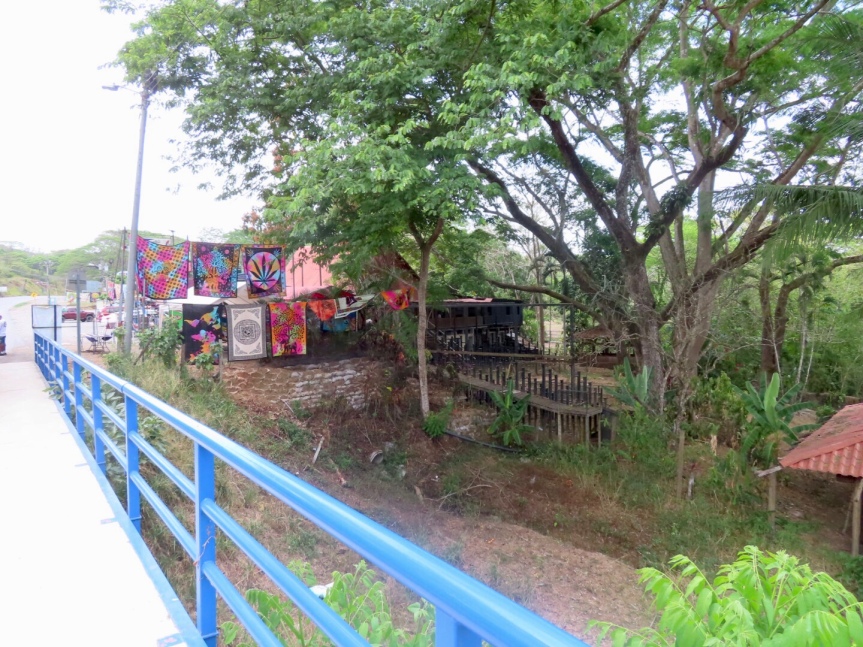 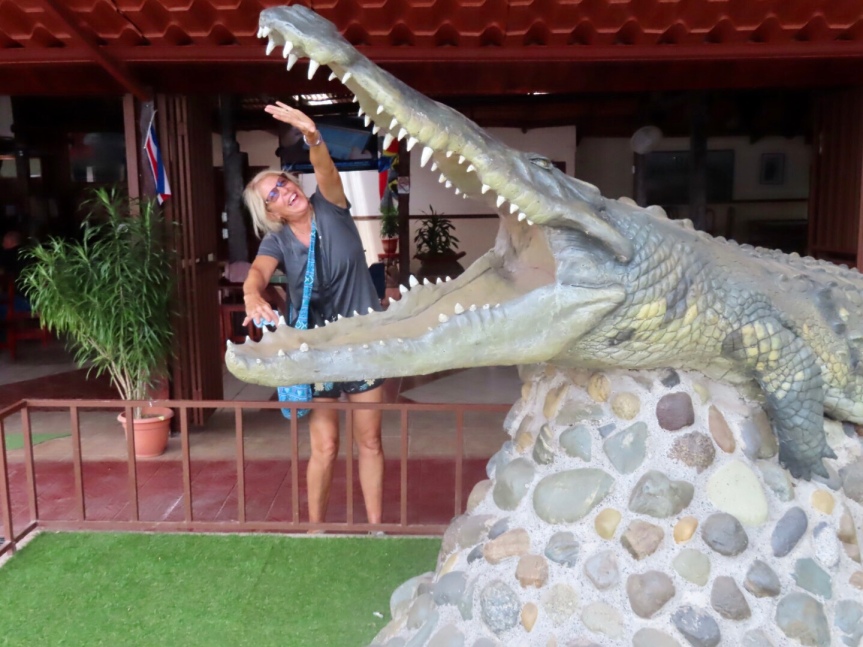 For the afternoon, it was time for relaxing at Cerro Lodge. We got in some internet time at the empty restaurant while waiting for the birds to come home. Macaws in flight are an amazing sight to behold. Not as many as yesterday, perhaps six, came to the trees surrounding the pool. We watched the sunset and had another Tico style meal from Douglas. A truly memorable day. 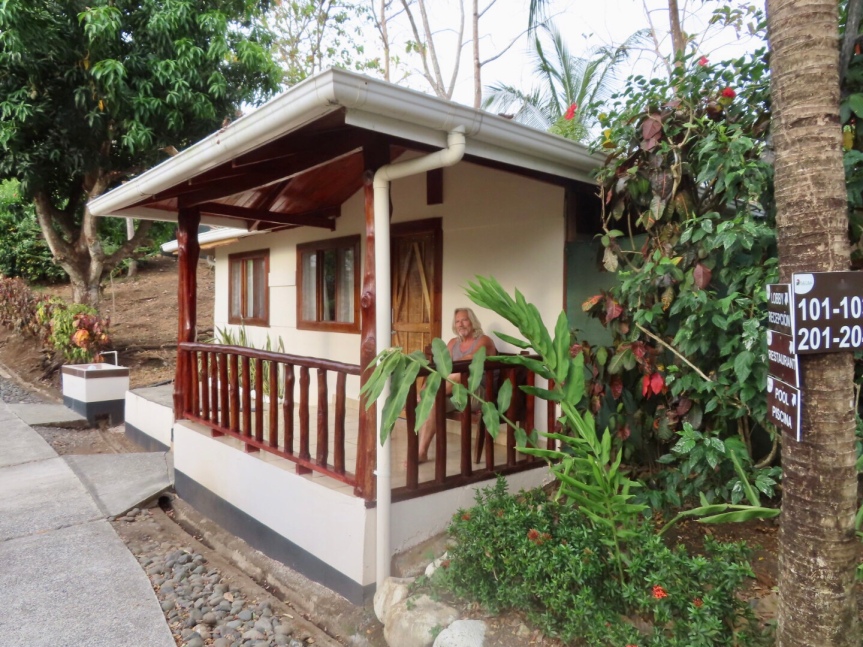 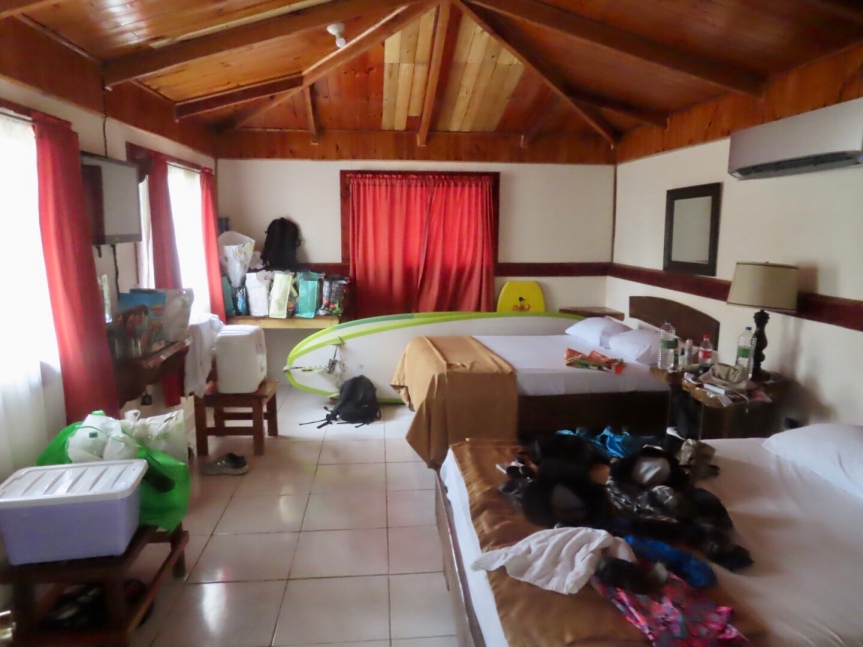 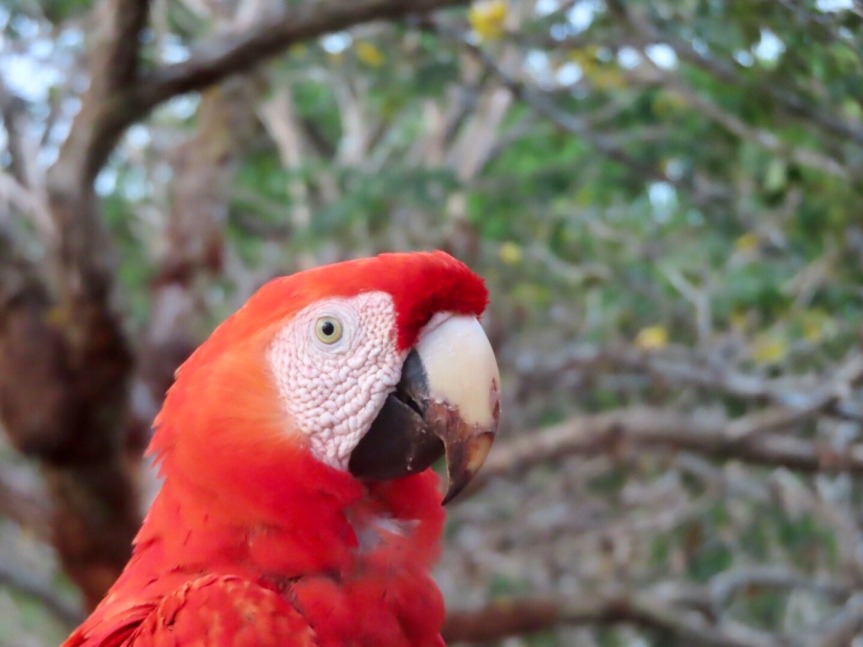 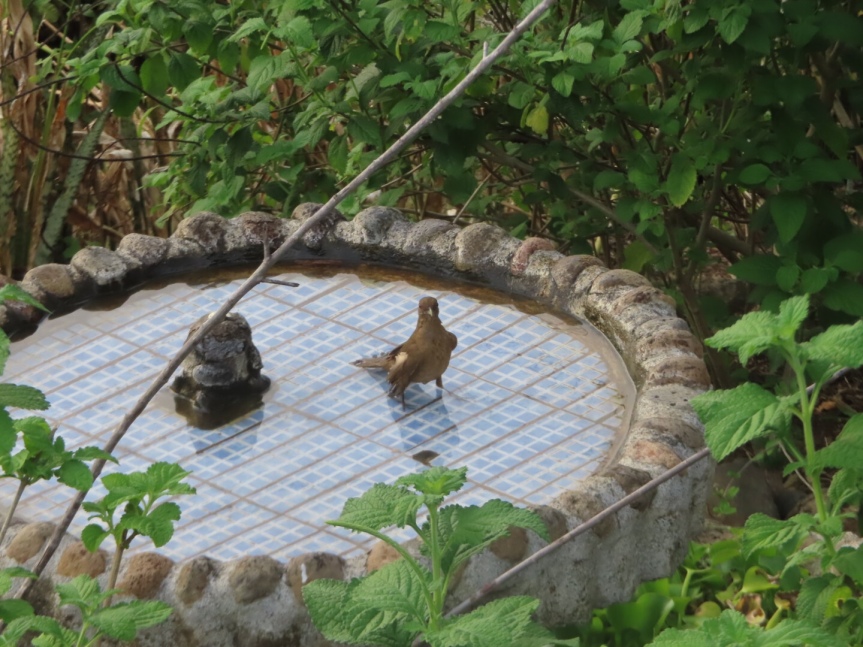