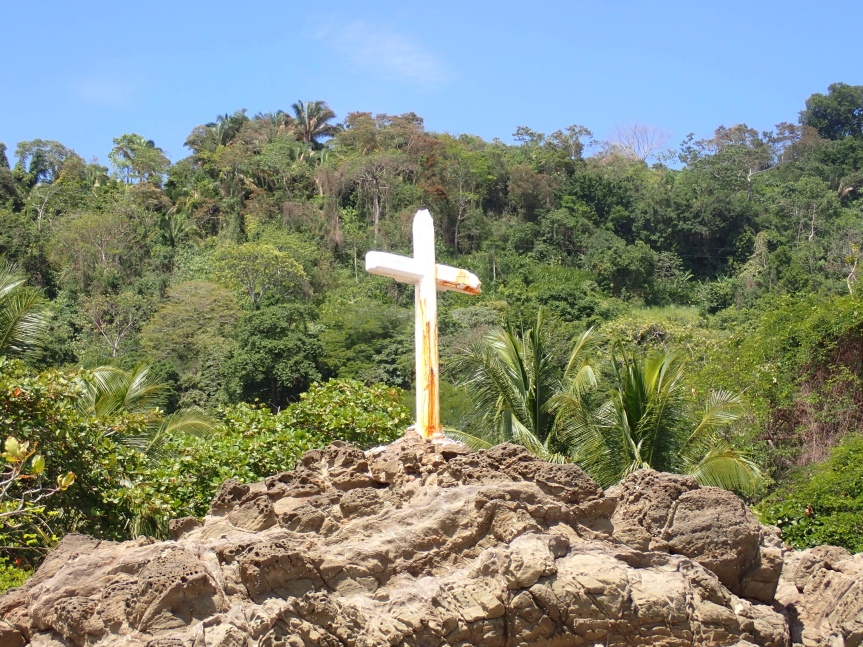 PJ was up bright and early this morning ready to get out on the waves. I lagged a while but trudged down the muddy road a short while later and joined her for a surf. Still a little leary from yesterday’s encounter with the stingray, I was extra conscious about where I put my feet. We played around for an hour or so then took a walk down the beach to the south until we couldn’t go any further due to the higher tide.

We made a pact to come back later at low tide then went home and hung out at Tropical Sands. I did some writing, reading and even a little napping. Low tide was at one, so we set back out for our hike down to Dominicalito just after that. A beautiful afternoon. The weather has dipped just a few degrees and the humidity has eased off a touch as well. We walked with our ankles in the sea helping to keep us cool. 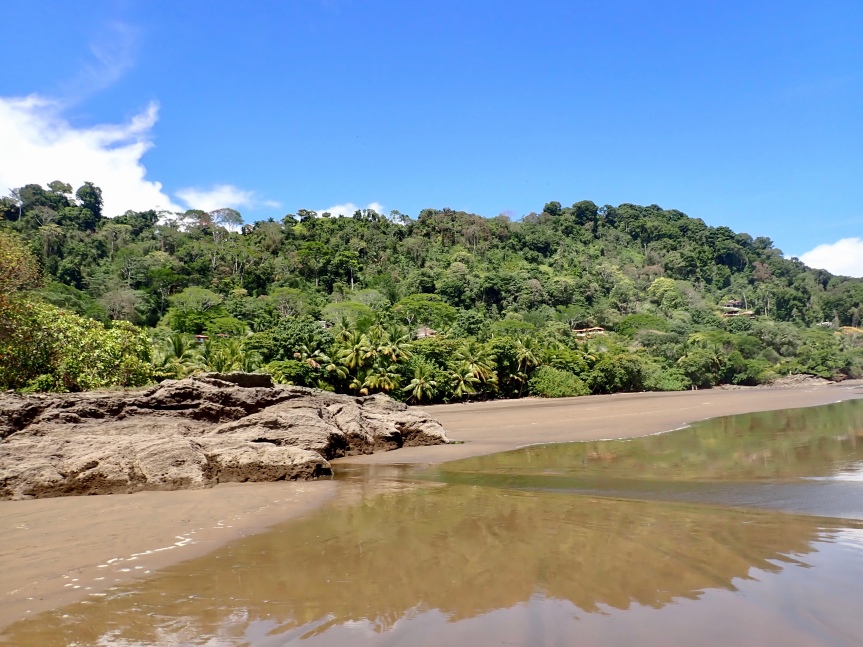 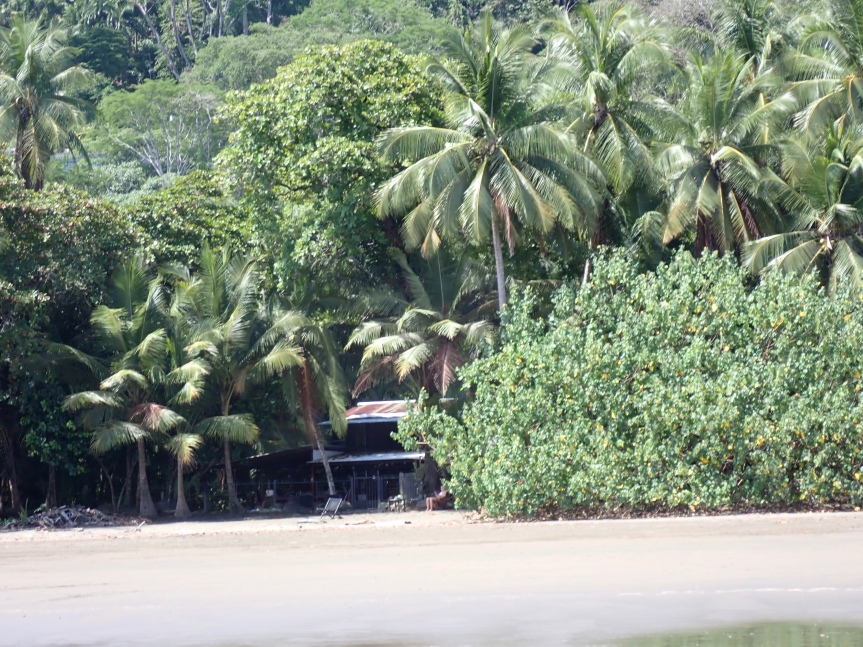 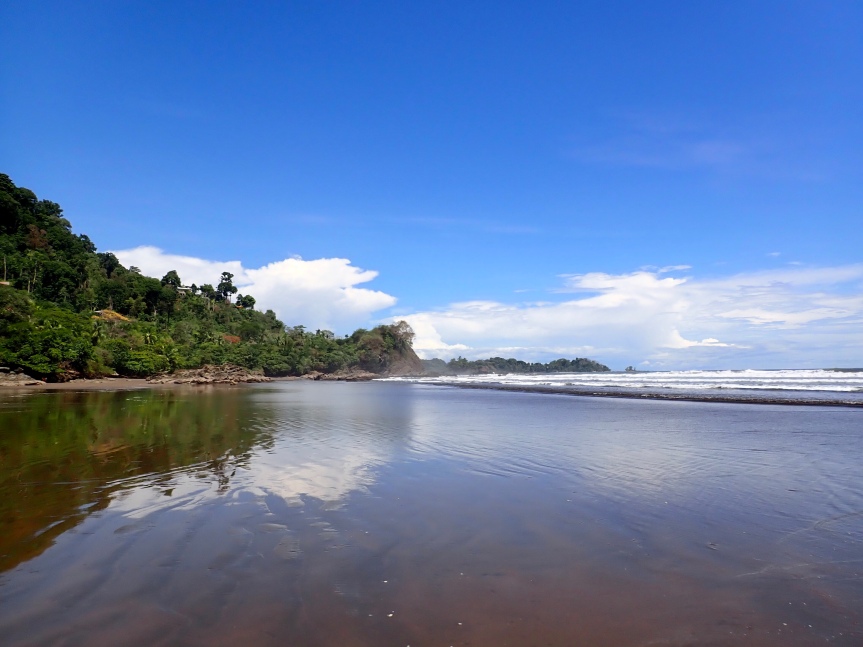 We got down to the rocky stretch and we’re able to get as far as cliff wall that marked the end of Dominical beach. We couldn’t get around the headland to Dominicalito but we saw some gorgeous beaches and jungle. Up on the hillsides were some luxury homes tucked in among the rainforest. One place even looked to have a helipad on top for getting to and from San Jose. When we turned around, the ocean was calling for us to get in for a cooling swim.

There were several groups of people scattered throughout the trees enjoying a beach day and relaxing in the shade. Some kids were playing around the rocks and racing each other down the beach. A green iguana was cruising at the water’s edge looking for something good to eat. He hightailed over to the nearby rock formation and scurried up the stone wall to safety. A black iguana was further along the beach towards home hunting crabs and happily munching them on the sand. When I went to get a photo, he sped away lickety split into the trees at the sand’s end. 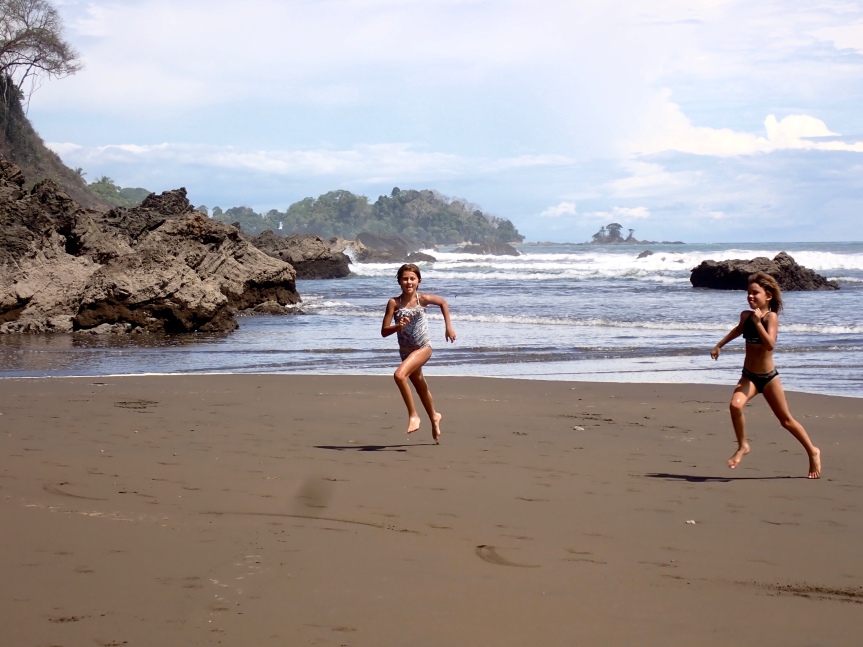 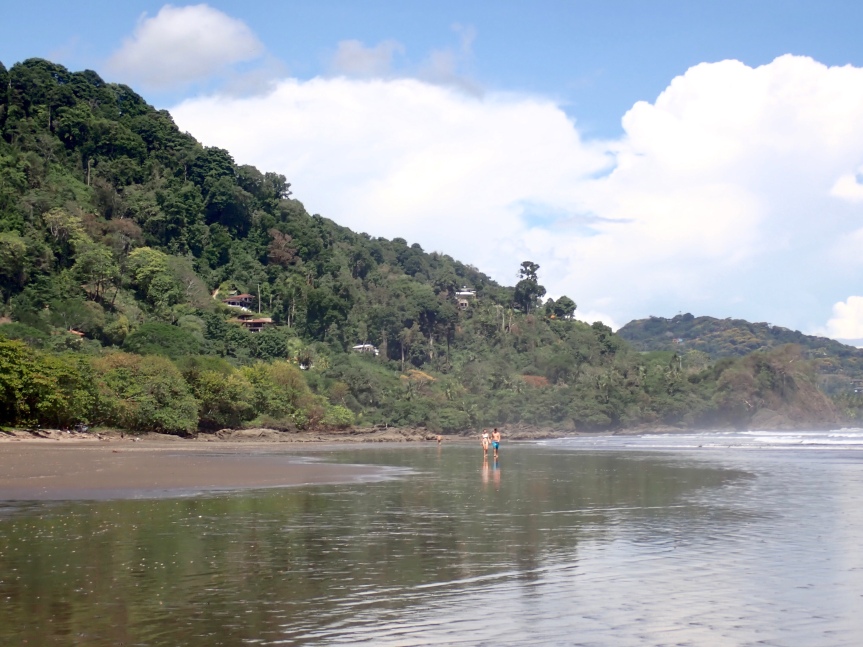 The iguanas weren’t the only ones interested in finding some lunch. We were feeling pretty hungry as well. When we got back to the main strip we picked out a table at the El Coco restaurant and ordered up some fresh fish and sat overlooking the beach and the vendors lining the ocean road. Either the food was great, we were extra hungry or maybe both, but lunch sure went down easy and satisfying.

We went home for showers then hit the bricks again to pick up groceries. The town was mellow for a Sunday afternoon. It took visiting several small tiendas to finally collect the food we wanted to for dinner: a baguette here, cheese there and vegetables at another.

On the way home, we popped in at the beach to catch the sunset. The beach was packed with people lined up for the end of the weekend sunset ritual. We found a comfortable log and settled in to watch the show. A fine end to a Dominical weekend. 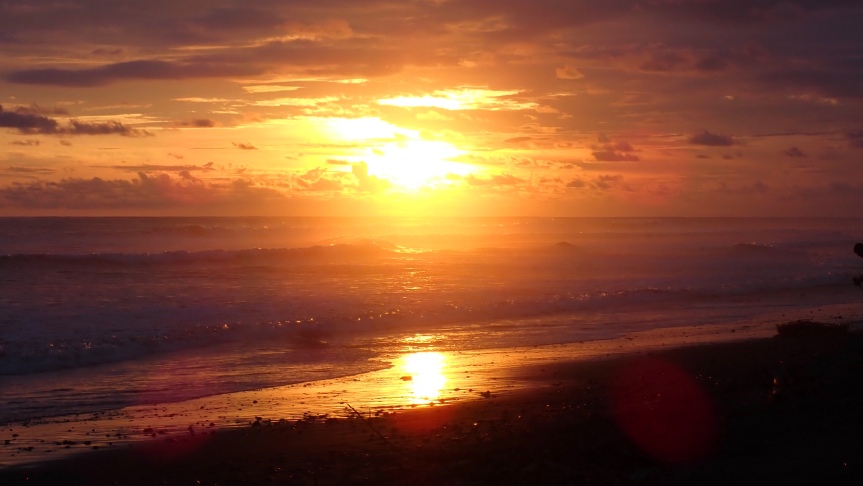 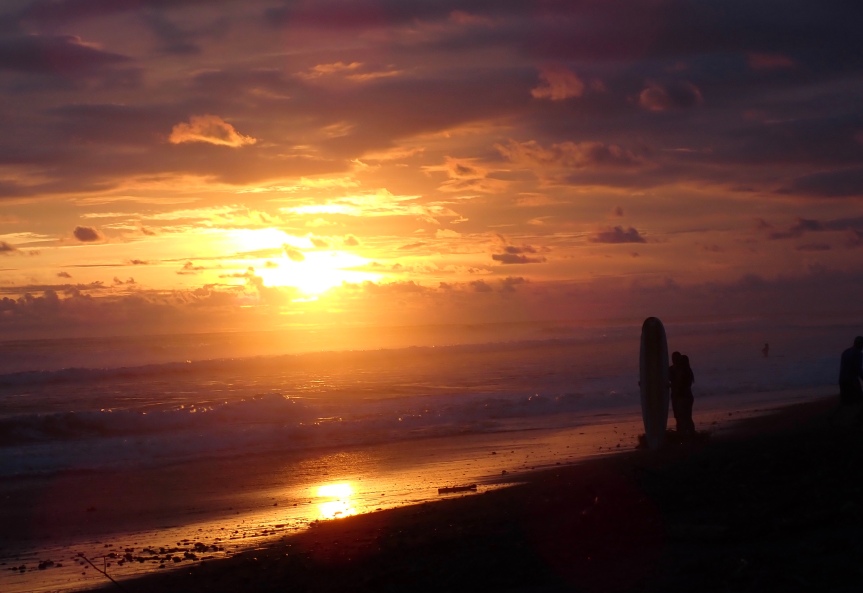