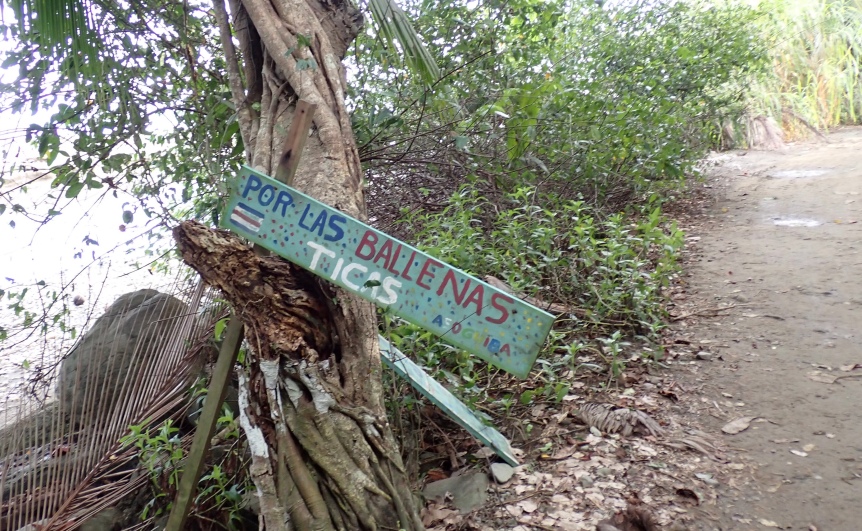 When we woke this morning, we heard toucans calling in the trees near the beach. We went on a walk trying to locate them and walked about a mile down the muddy road that parallels the beach outside of the park. We never did find the toucans, but it was good to get some fresh air before the heat of the day settled in. 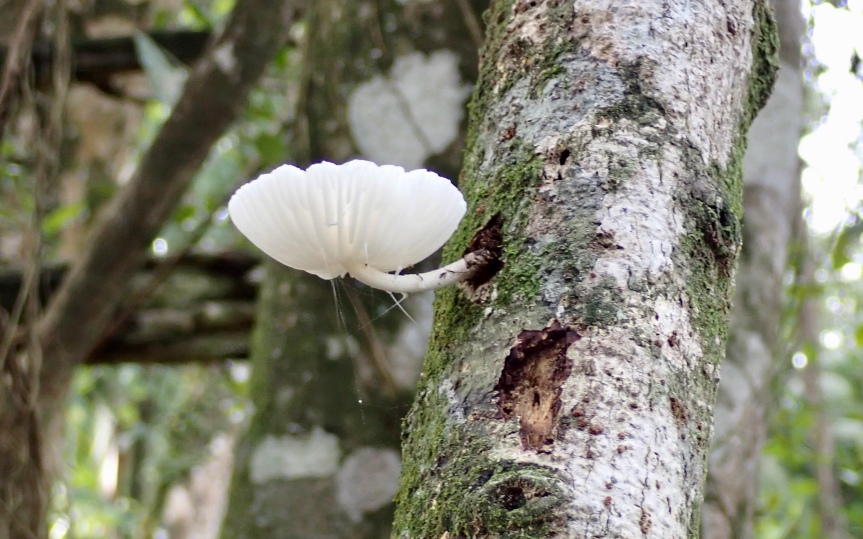 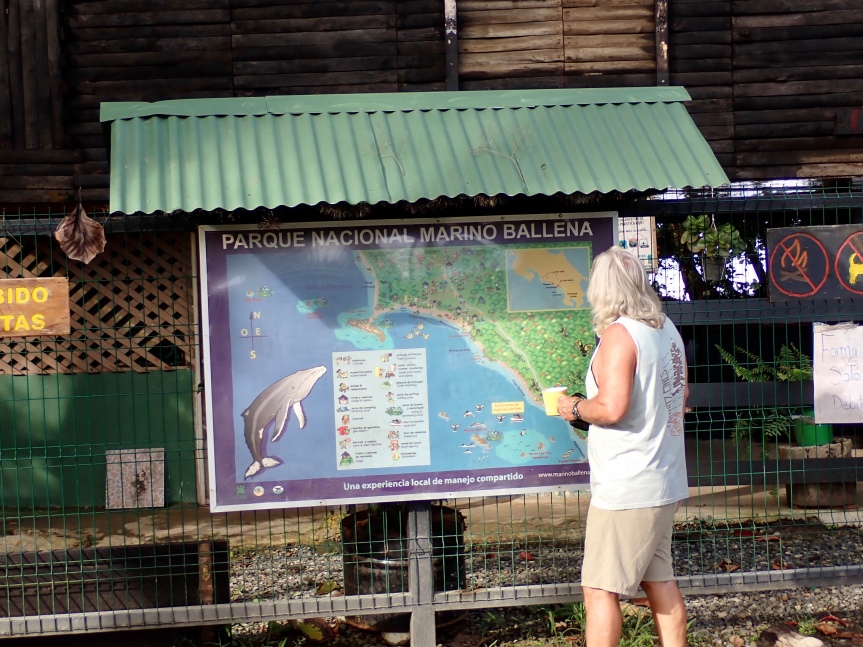 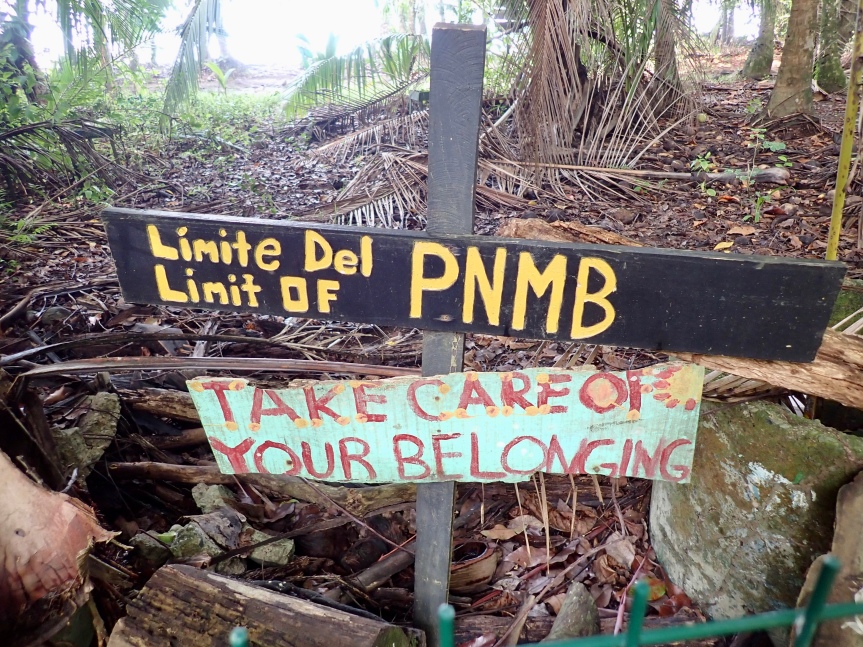 Back in the casa, PJ was doing her morning yoga in the bedroom of our storage container when we heard the howls of a troop of monkeys just outside in the tree by the driveway. PJ got out her binoculars and was able to watch them from the mat. At least a dozen crossed from the trees to the east heading to the beach. 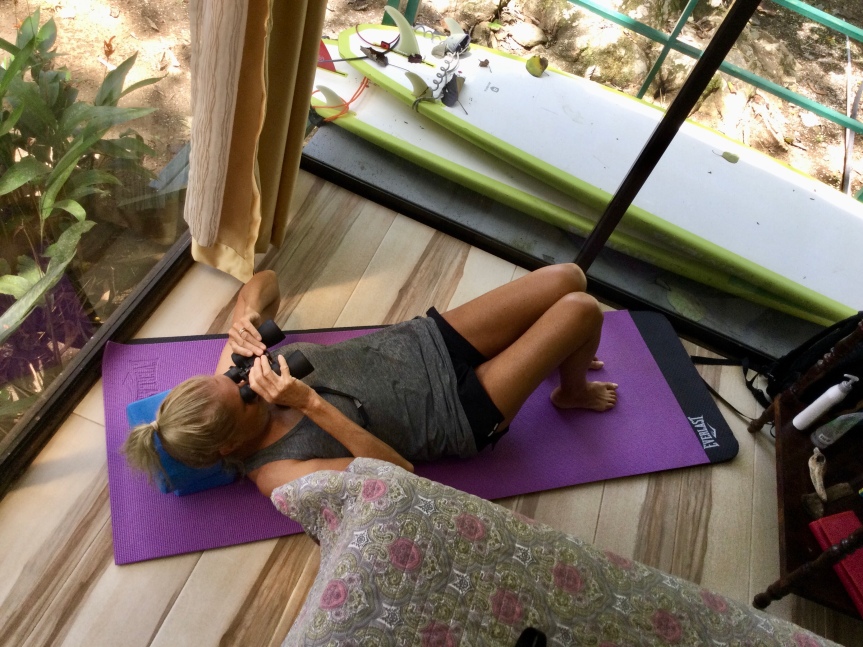 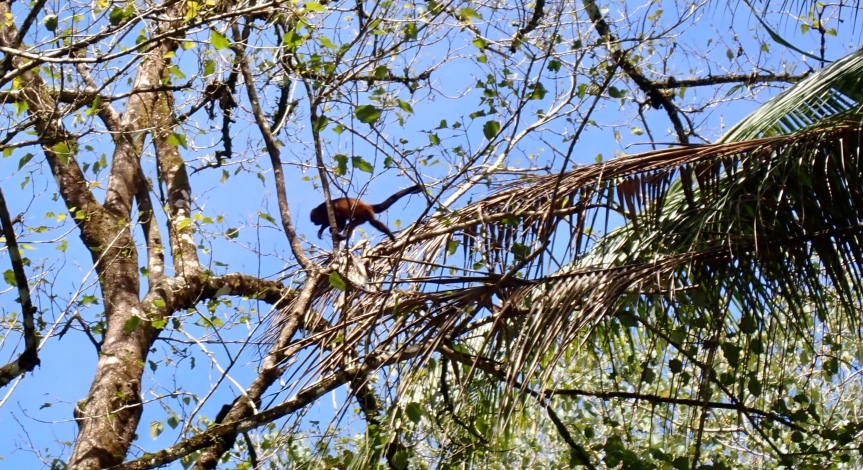 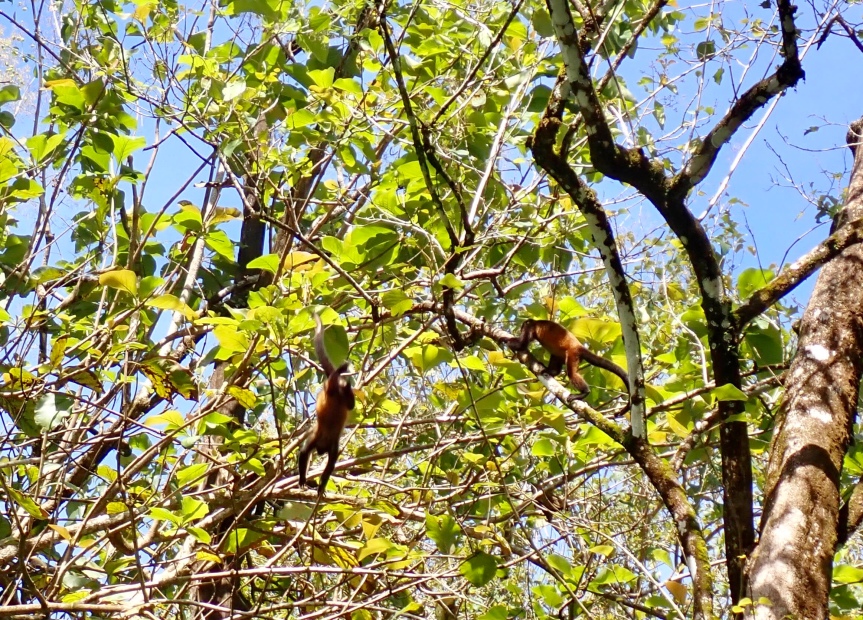 We decided to get in a body boarding session out front to get cool and see how the day was progressing. Such a spectacular setting. There were only a handful of people out on the sand, a couple of young guys learning to surf and a group of gringo kids working on getting sun tans. We showered up then waiting a bit longer for the tide to drop before heading over to the whale tail to walk the narrow strand of sand that is only exposed at the lowest tide to the small island at the end.

It was later in the day, so the guards in the shack just waved us through. We only had 45 minutes so we hoofed it out to the tail as quick as we could. The tide still had 15 minutes to low so the little spit of land was actually opening up just a bit more. There were still a number of folks out wandering around the rocky high area at the tail. 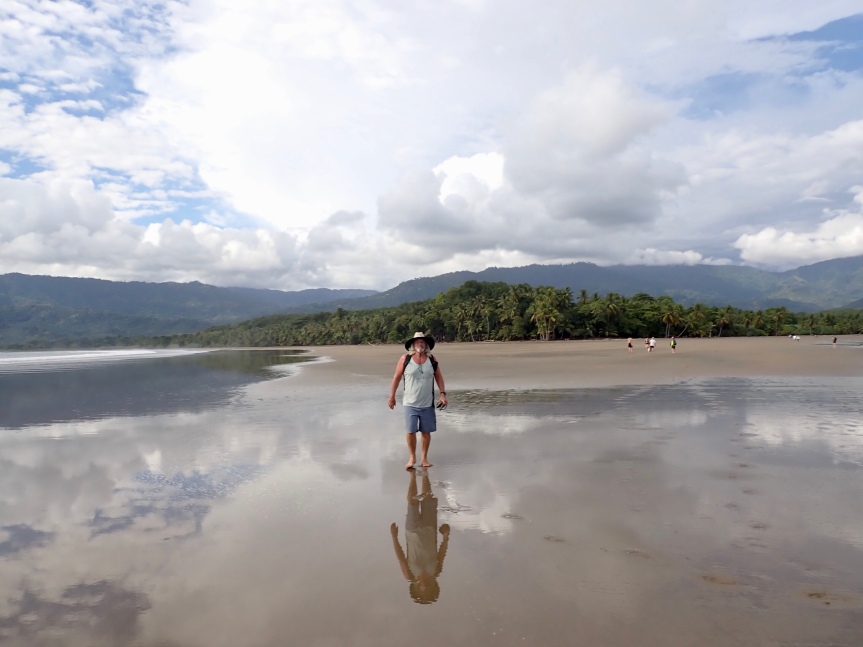 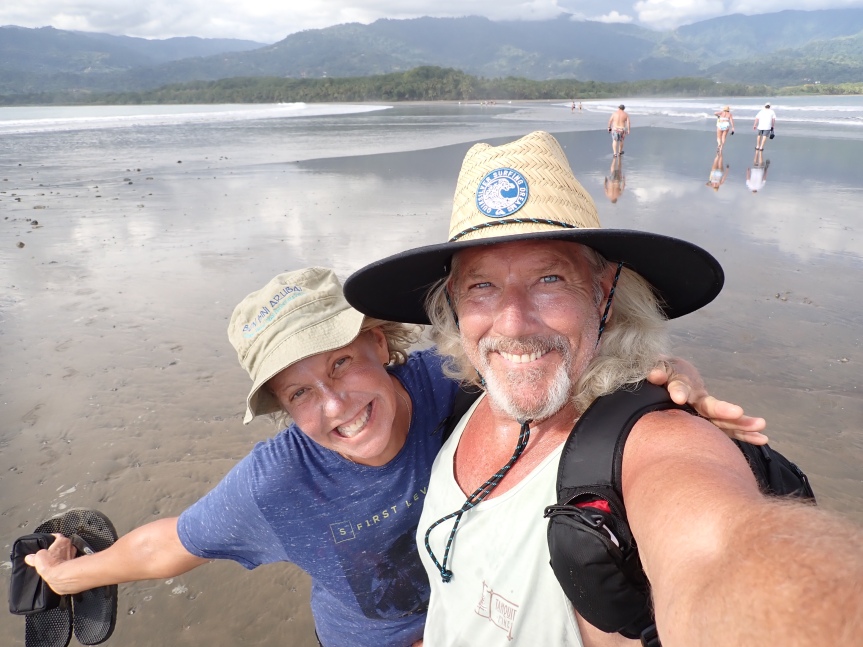 The tide changed as we looked around the tide pools and took a few pictures at land’s end. We picked up the pace for the walk back. When we neared the spot where you exit the beach back into the jungle to the park entrance, we stripped down to our bathing suits and jumped into the sea. I’d thought I had put the pack high enough up on the beach but as we were getting out of the water a large wave washed just up to the pack and gave the bottom a slight rinsing. I ran for it and grabbed it up. Luckily it was set down on my flip flops so it barely got wet. 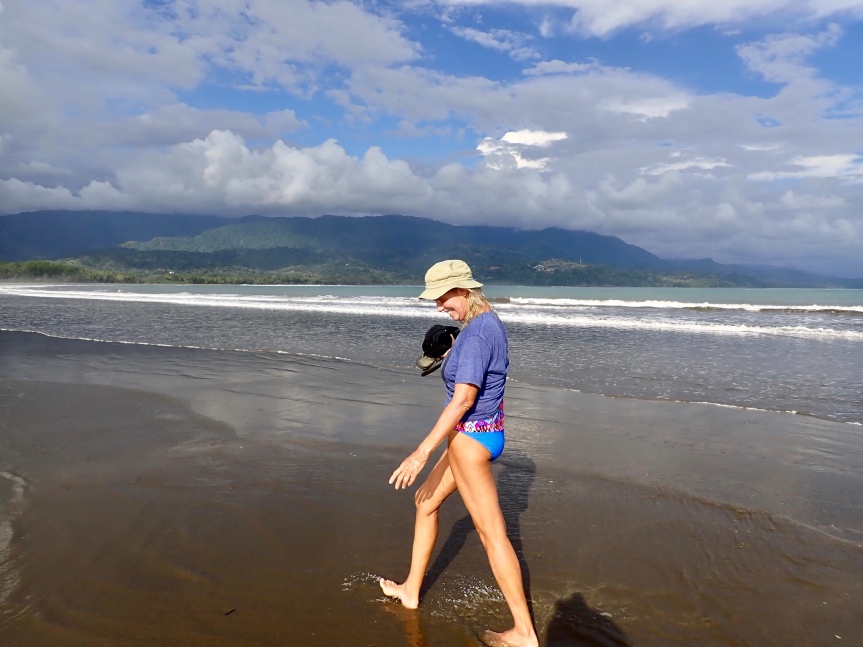 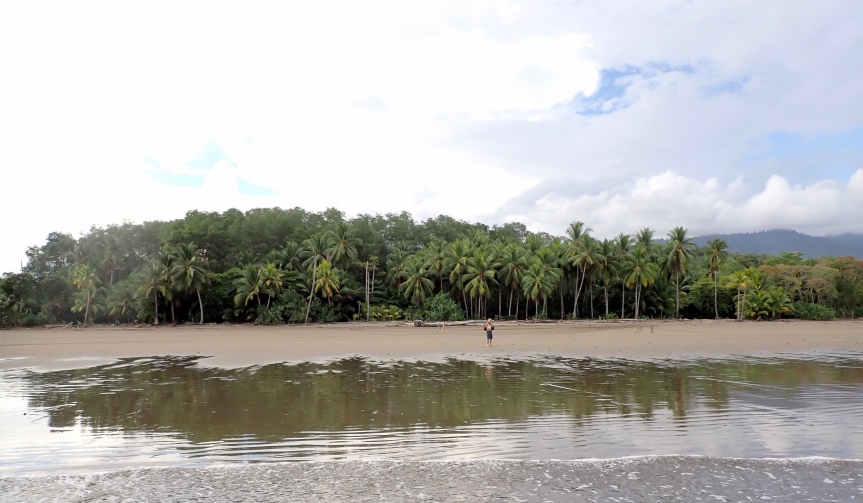 I hurried to the gate where the lone remaining ranger was letting people out. PJ went for a quick shower but the ranger came over and gave her the bum’s rush. We drove back to Casa Viva and made final preparations for the border crossing in the morning. 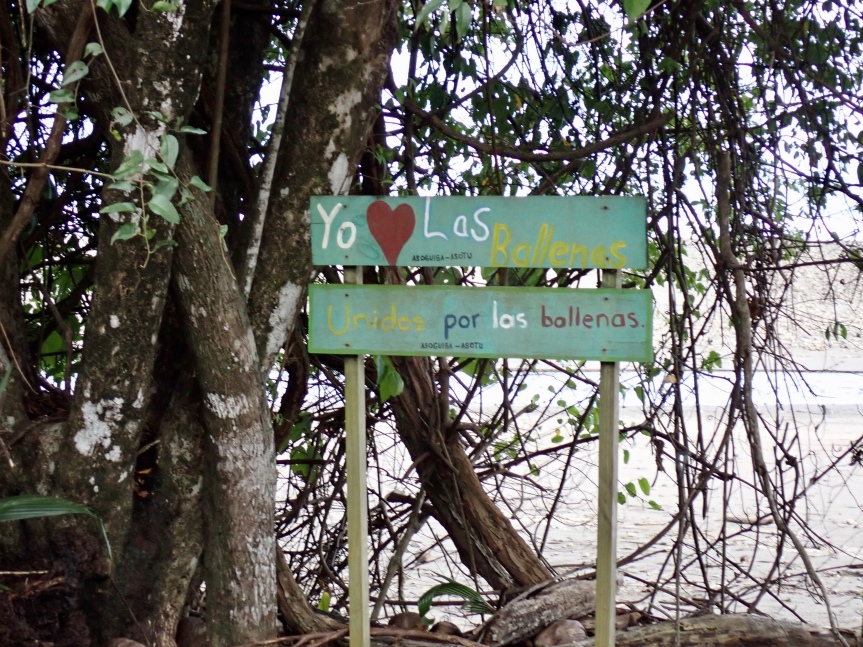