Found out today that they have wi-if up next to the ranger office, so I hiked up to post yesterday’s adventures this afternoon. 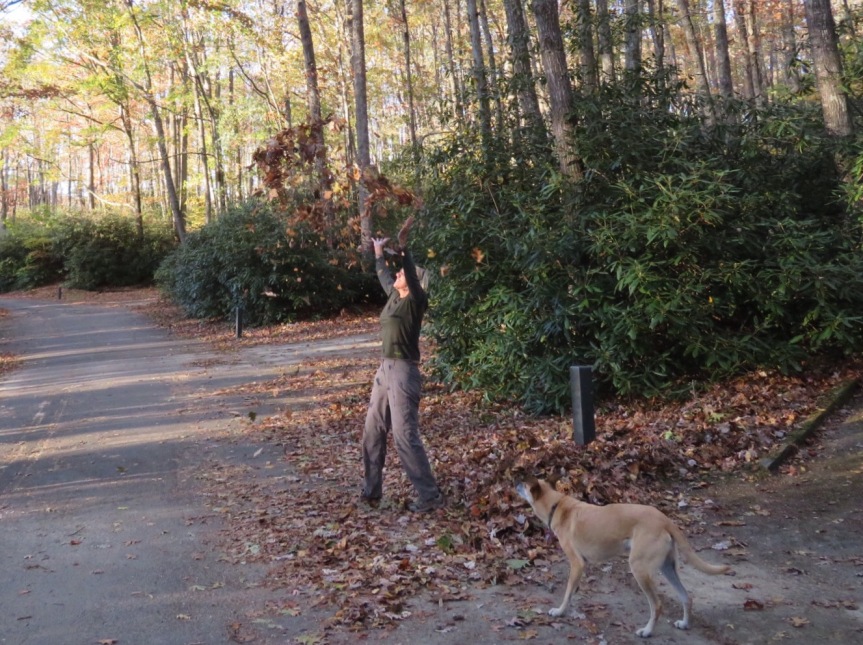 Crown Cove didn’t look much better in the daylight, but at least it provided a safe spot to sleep without having to drive too far. Without electricity, I noticed the batteries having trouble holding a charge. When I went to top up the distilled water, it took more than it ever has before. I hope I didn’t let the plates get bone dry.

Today we are visiting with long time friends of PJ’s. Tom was one of her roommates back in the 80’s during the halcyon days and Barb starting dating Tom during that period. Lots of history and good times between the three of them. After talking with Barb, we decided to meet for a late breakfast at the Terrace Cafe in the Ballyntine neighborhood of Charlotte. We met the family in the parking lot. Tom and Bob have two wonderfully smart and interesting daughters Jane and Leah.

There was still a bit of chill to the air and we were the first people to brave having a seat out on the patio. The conversation flowed easily and the time flew quickly. The entire family made me feel as If I’d known them forever. Our waitress was a hoot. Terry was an outspoken and comedic southern belle with a quick wit and take charge personality. Ordered up my first side of grits on the trip, cheese grits fresh from the kitchen. The food was fantastic and the company even more so. The girls are very active doing volunteer work with animals and kids with special needs. Jane is a big dog lover and has done quite a bit of work with service dogs and pets needing homes. The girls were eager to meet the dogs and take them to the dog park.

After eating, we drove a few short miles to a large park that included an expansive dog park covering a few acres of grass and trees. There were dogs of every size and description running happily through the park. It was spread out enough that different little packs of dogs could form in different areas. That way if a few didn’t get along they could move to another pack and see if the personalities meshed a little better. Our two got along o.k. with the other dogs and seemed to enjoy their time in the park, especially the extra attention from Jane and Leah. 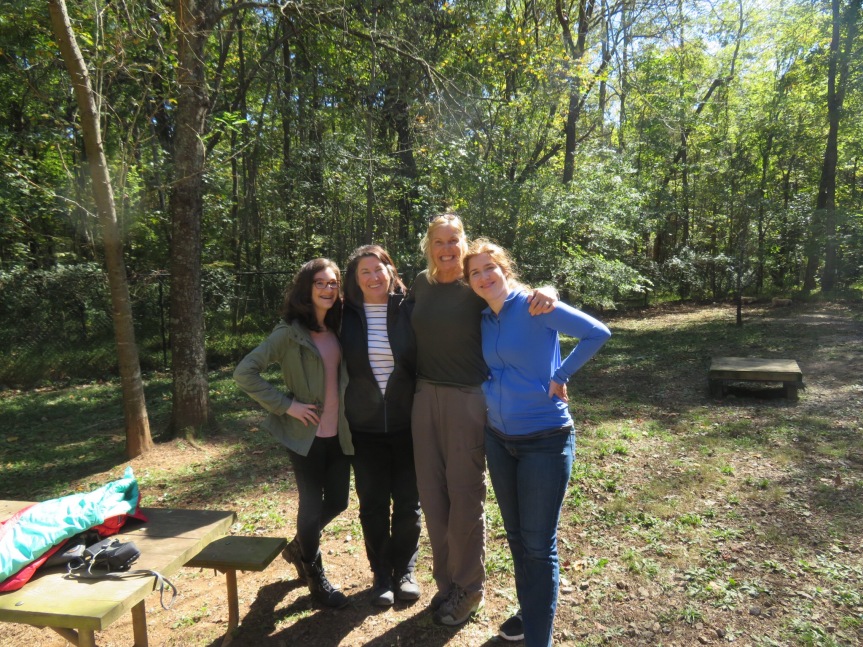 Around 2:00, we said our goodbyes and headed up the mountain to Blowing Rock to get a camp site and see if we could find any colorful trees. Thanks for everything Tom and Barb. Hope our paths cross again soon.

The drive up the mountain was easy and although we missed the peak of changing colors, there were still lots of beautiful red and golden trees still left to see. Many of the trees had already dropped their brightly colored leaves and were bare branches. 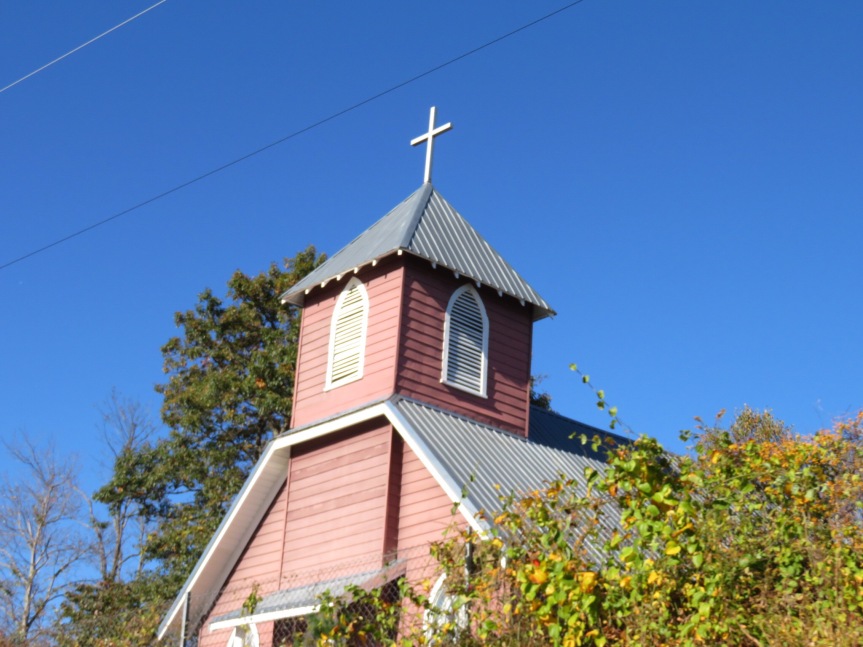 There were no decent sites available right on the lake so we explored the loop up on the hillside and found a quiet spot in the trees with very few other people in the vicinity. We swept up all the leaves and got our camp all dialed in. I rode my bike down to the ranger office and paid for the night. Basic sites with nothing but nature to hook up to but that’s usually the places we like the best. After their morning maintenance the batteries were able to fully charge and functioned well through the night.

Before the sun set, we took a short hike around our immediate area. There were a number of bear encounters last week, so we were on the look out. The only thing we spotted though were a pair of small deer grazing near the bathrooms. There were maybe five other campers spread throughout the forty or so sites in the campground so plenty of elbow room.

We collected some deadfall branches and got them to light using the presto log we found out in the middle of the road at the Indian River campground in Delaware. We’ve been toting it around ever since. It was nice to finally get it burned. Ate salads with a baguette and cheese and relaxed by the fire before finally getting too cold and returning to the camper. A good kind of tired, looking forward to a peaceful night’s rest. So quiet here.

One thought on “Cheese Grits and Dog Parks”