There are those days where things don’t always go as planned. After breaking camp, we drove the few short miles to Fort Kearny to check out the historical site of the fort where the settlers heading off on the Oregon Trail would stop to resupply and take advantage of a safe place to spend the night. Kind of like the original RV park. 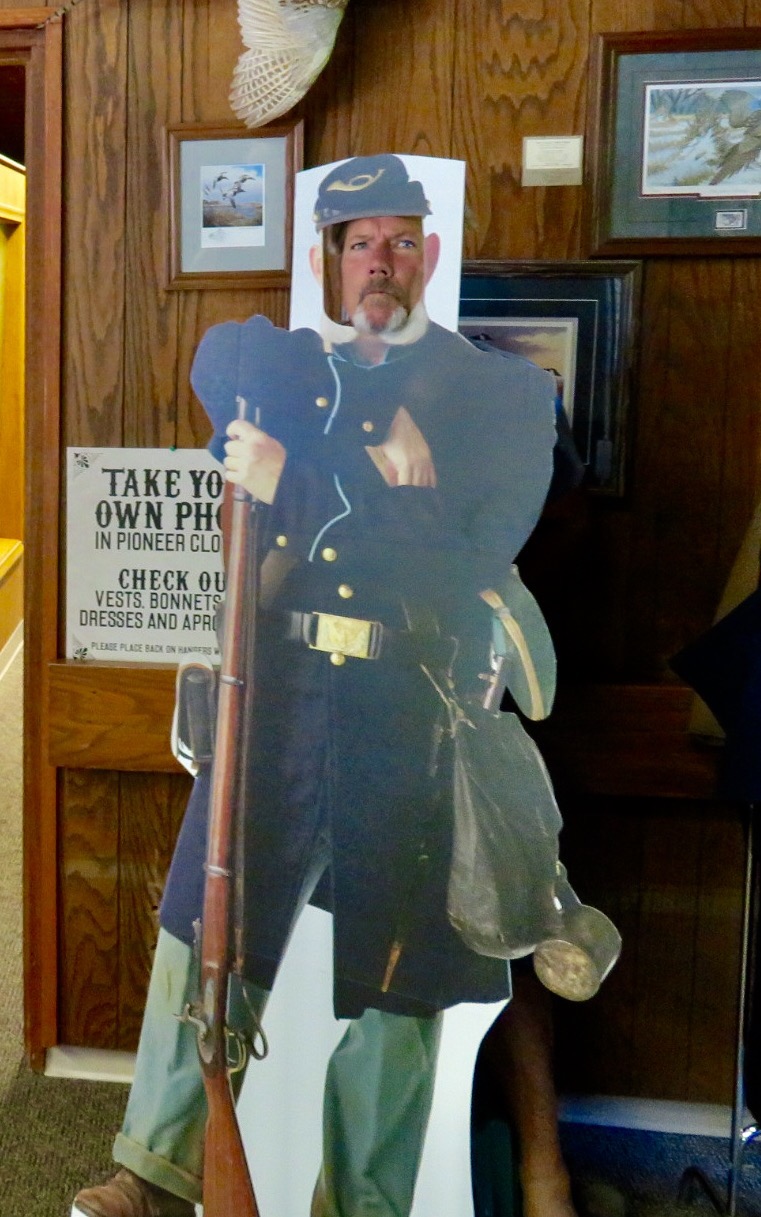 Jacob, the young man who had booked us into the campground last night was manning the visitor center today, We watched a video explaining the history of the fort, then we meandered through their museum looking at artifacts and weapons from the days when it was the main attraction on the crossroads to the west coast. 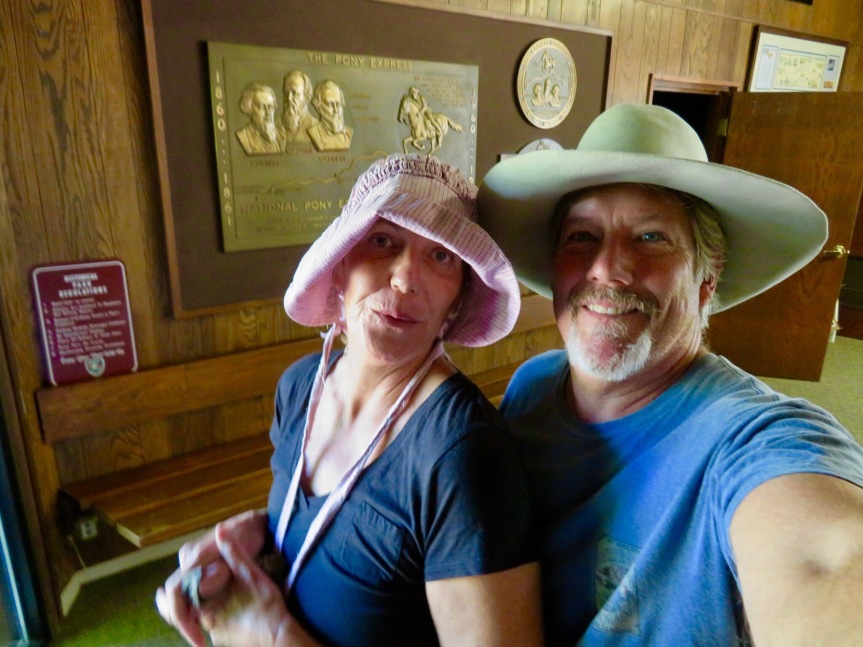 Around the grounds outside, we walked through the sod roofed blacksmith shop and posed with some wagons and had a look at the stockades and powder magazine. The dogs and the road were calling so we kept it brief and got out on highway 80 heading east. 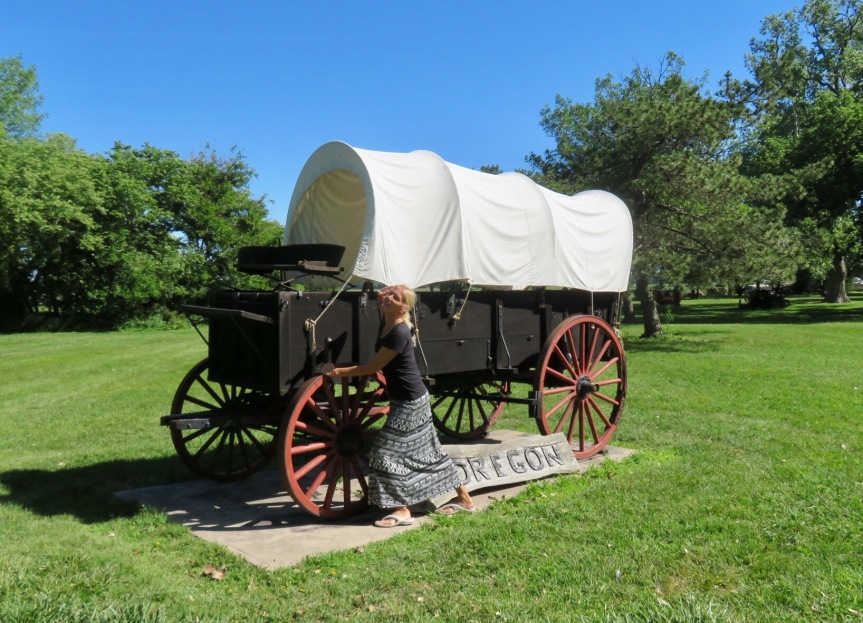 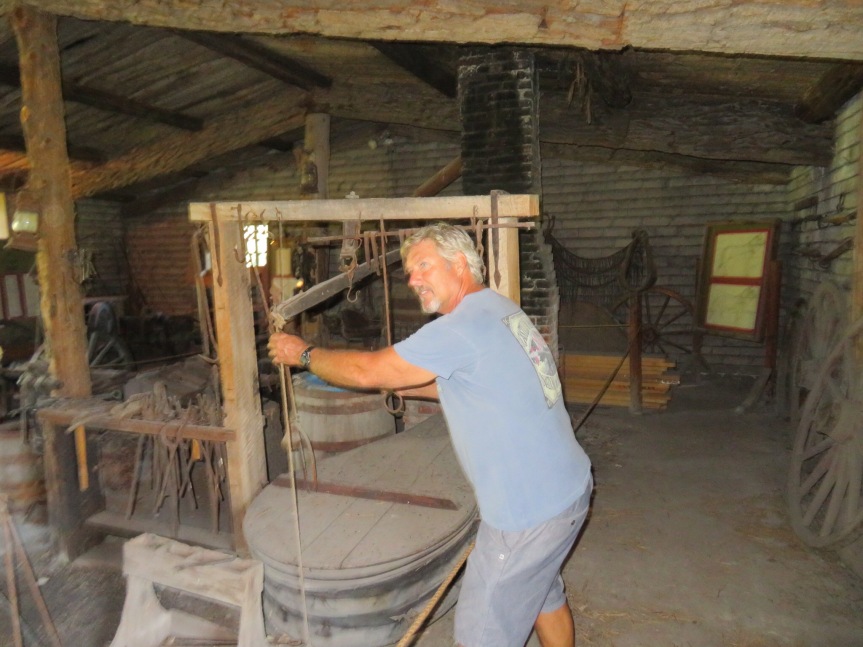 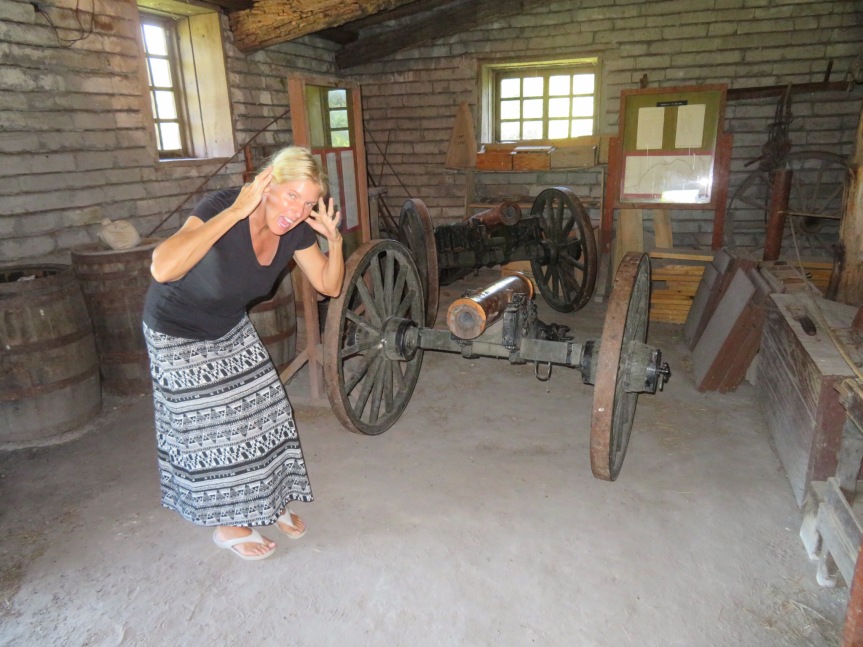 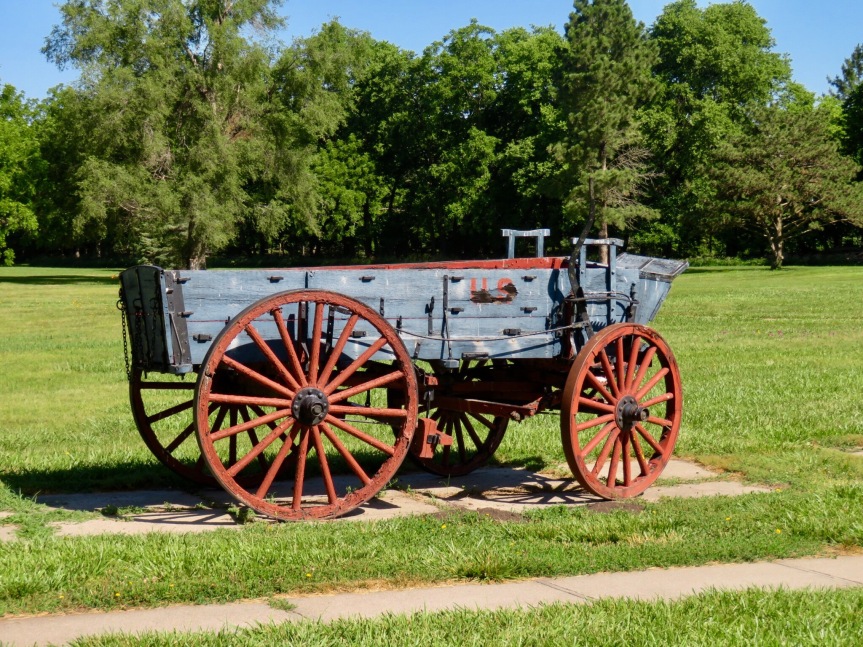 About 16 miles out of Kearney, the tire minder started beeping and showed the alarm for a leaking tire. I slowed down and immediately it exploded in a big blowout. We were passing an on ramp and were able to pull a little further off of the road by pulling partially into the entering lane. 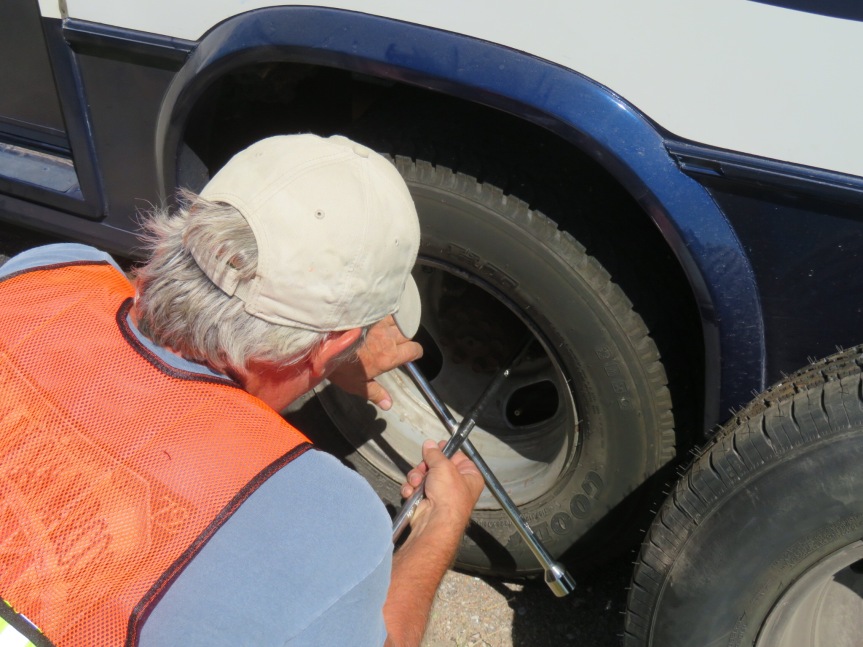 I pulled out the necessary tools and got busy. PJ grabbed a little fluorescent vest and made me put it on while she put out some cones. The inside tires on the rear duallys were the last remaining pair from the original tires Lexi had when we bought her. They are dated 2010 or 2012. They had plenty of tread and none of the weathering or cracking you might expect from tires that have been hanging around too long, so I was hesitant to just toss them. 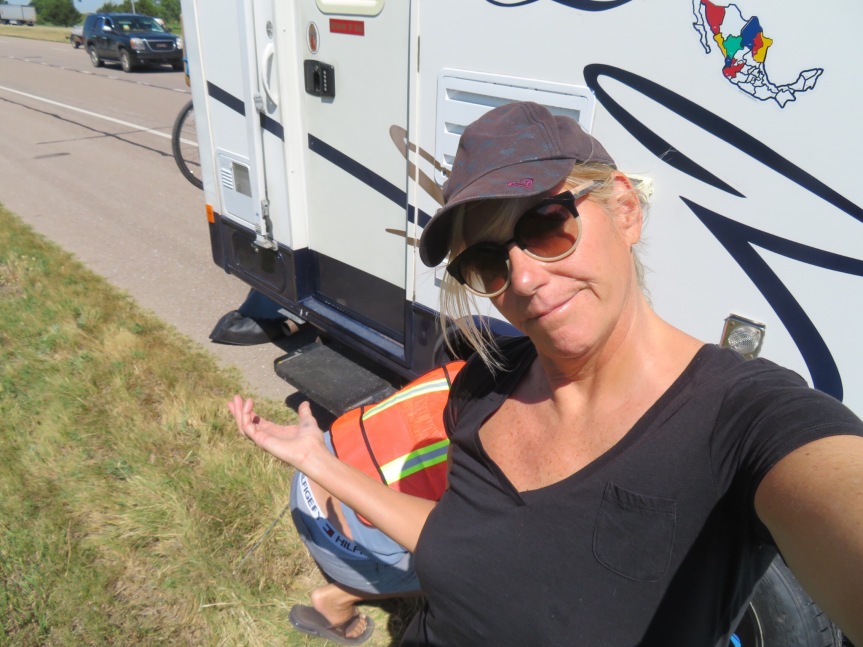 We made several phone calls before finding a tire dealer that could get the same Goodyear Wranglers that I’ve been running on the RV. Miller’s Tire and Auto in Grand Island, Nebraska was able to get one from someone else, so we had him order it and made our way over there. Their Google reviews were mostly positive and honestly, I wasn’t in a position to be picky. They were 24 miles further on up the road. By the time we got there, the tire was waiting and they got me in fairly quickly. I talked to Blake, the manager, about the tires and decided to have him get another to replace the opposite side inner dually as well. Now Lexi will have all tires that are 2015 and newer that I have purchased since buying the motorhome. 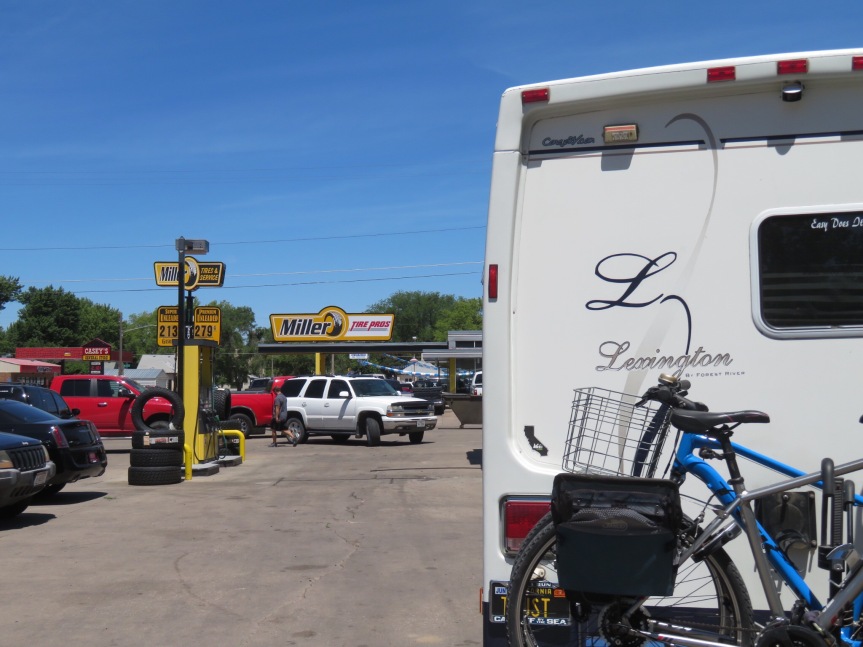 Miller’s is a full service repair shop, so I had them change the oil as well since it was last done in Beaumont, Texas when I was visiting with Chuck. That was close to 5000 miles ago. There was a laundromat across the street, so PJ took our collection of dirty garments and ran them through the wash. I sat in the shade with the dogs while the team did the work. Pam also grabbed a few groceries at the country store. I had to get involved with the locking tire monitors, taking them off so the mechanics could change the two tires and also to air all of the tires equally. The crew at Miller’s was cool and the fact that they were sensitive to my situation and put us ahead of some other jobs in order to get me back moving was above and beyond. Thanks Miller’s.

It was close to three by the time we got rolling. I busted out the iPad and found a State Park about 120 miles up the road in Fremont. We took highway 30, Nebraska’s equivalent of Route 66 to the south. Formerly known as the Lincoln Highway, it was the main east-west corridor before I-80 came along and made it obsolete. It’s just not as well known because nobody ever sang 🎶 get your kicks on Lincoln Highway 🎶. It was a mellow rolling country road passing through little burgs and hamlets that spoke of days gone by. Corn country, lots of silos, lots of farming. 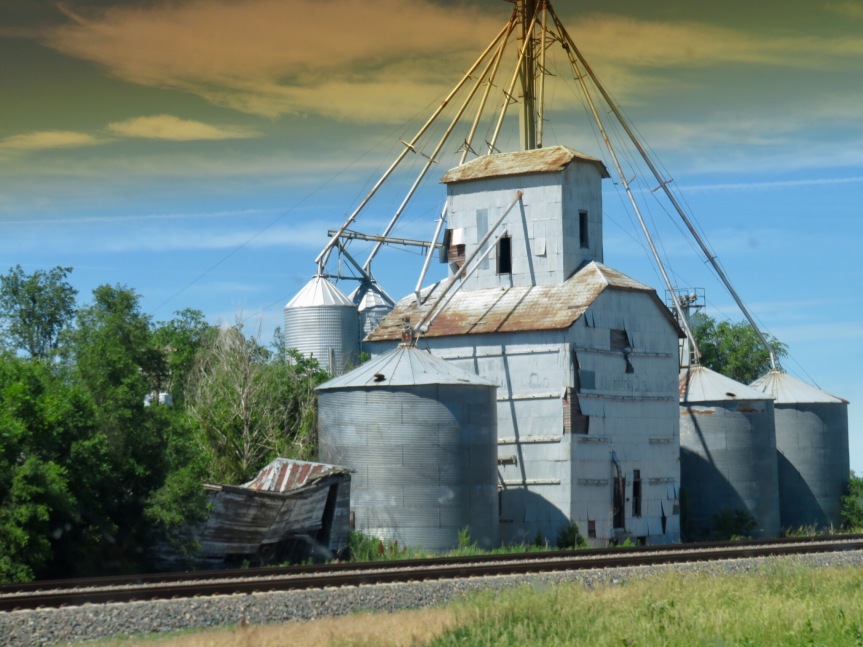 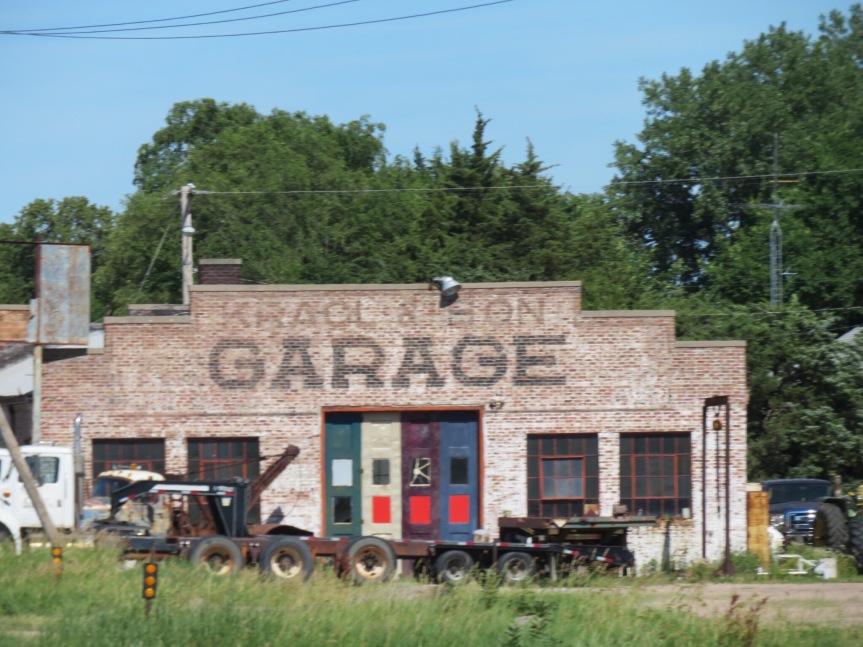 We arrived at Fremont Recreation Area around 5:30 and the sunny young gal in the office set us up in space 117 right on the lake, Victory Lake this one’s called. Like the last park, they have several ‘sand lakes’ located in the park. The stretch of water in front of us is narrow and appears to go around a large island in the center because the boats only pass through the narrow lake in front of us going left to right then they appear again maybe fifteen minutes later doing laps around the center. 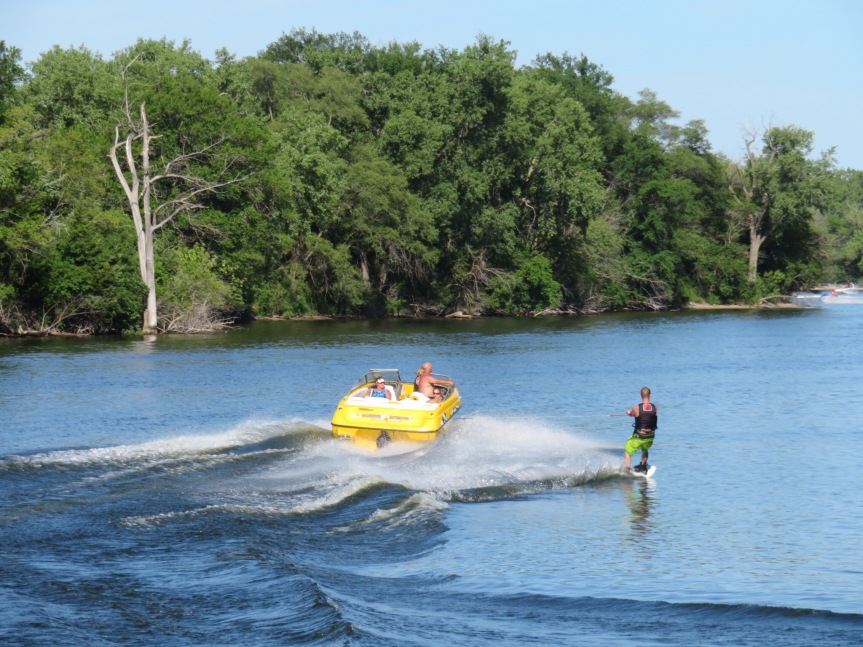 The spaces are tight and it is not as isolated and private as Fort Kearny, but there is a lot of action and it is great to take a breathe and sit on the bank watching boats go by. We are right on the bank and we all jumped in for a cooling swim to beat the 92 degree heat in Fremont. 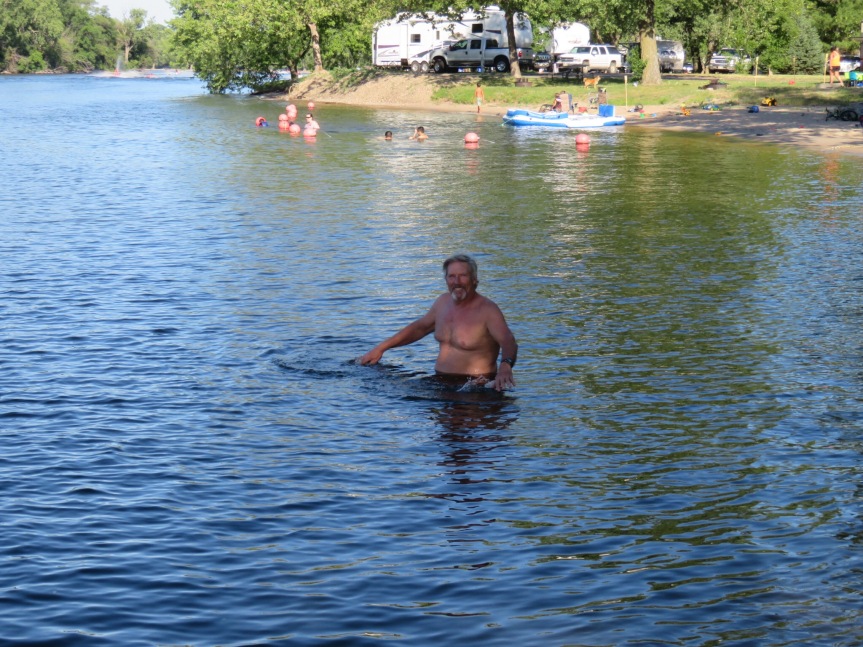 I cooked up some grilled cheese sandwiches and we sat along the water eating them and watching all of the jet skis, water skiers, tubers, wakeboards and all other manner of watercraft pass by. Nice evening, warm out and minimal bugs. Moved inside at sunset to read and write. 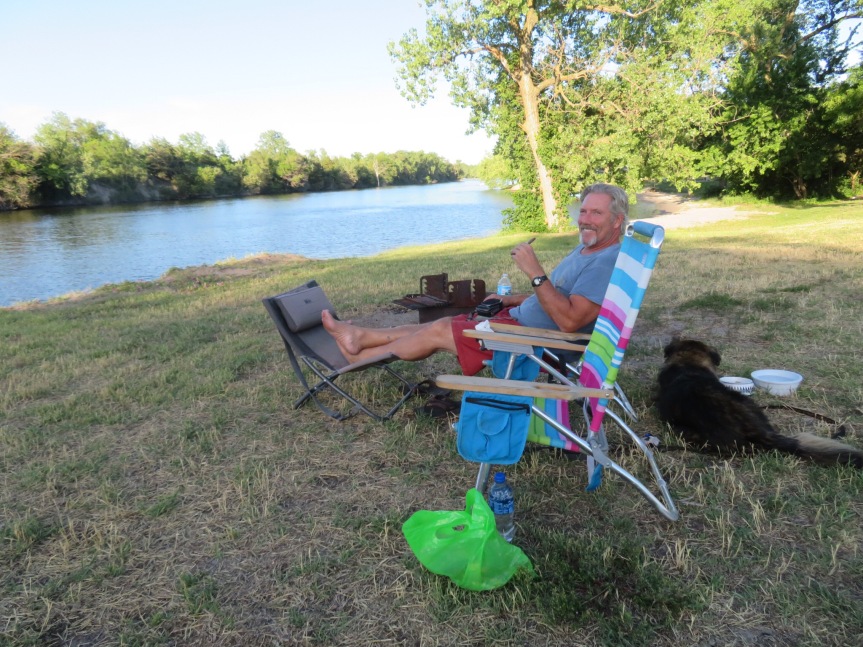 One thought on “Re-Tired”