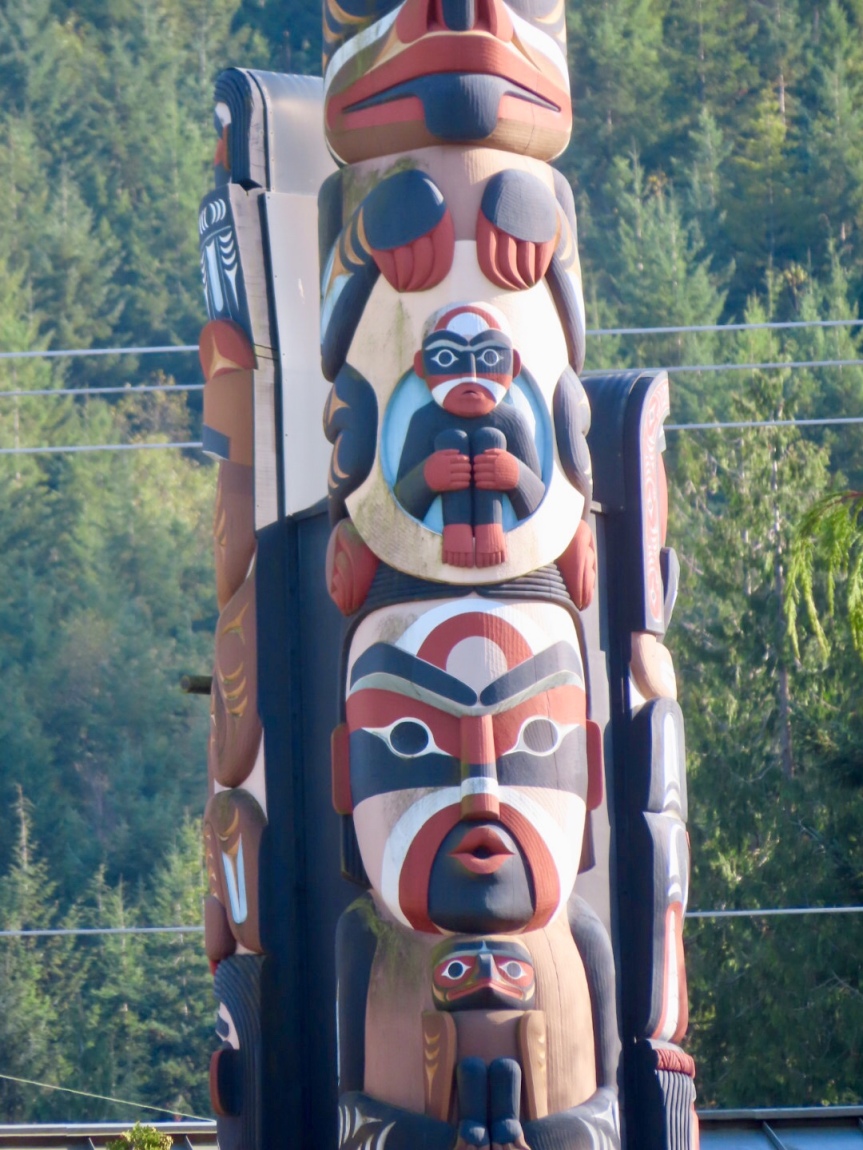 The past few days were spent at a county campground just outside of Port Angeles. The Salt Creek recreation area sits on a bluff overlooking a rocky shoreline with views across the Salish Sea to Victoria on the other side. To get here we had to take the ferry from Whidbey Island after saying a wistful goodbye to the beautiful forest at Deception Pass. The ferry terminal was busy and we lined up with truckers, bikers, campers and cars.

The ride across was windy and Washington chilly. We braved it a while to wander on the top deck just to take in the views and feel the sun on our faces. Port Townsend was an older city with some large stone buildings and industrial looking dock areas that seemed to have lost their livelihood years ago. We disembarked with the crowds and drove on to Salt Creek where we set up right on the bluff overlooking the strait. The front row of campsites were lacking water from a problem with the main line, but we had a full tank so we gladly picked a spot by ourselves near the stairs.

There’s Fort Casey where we played around the other day 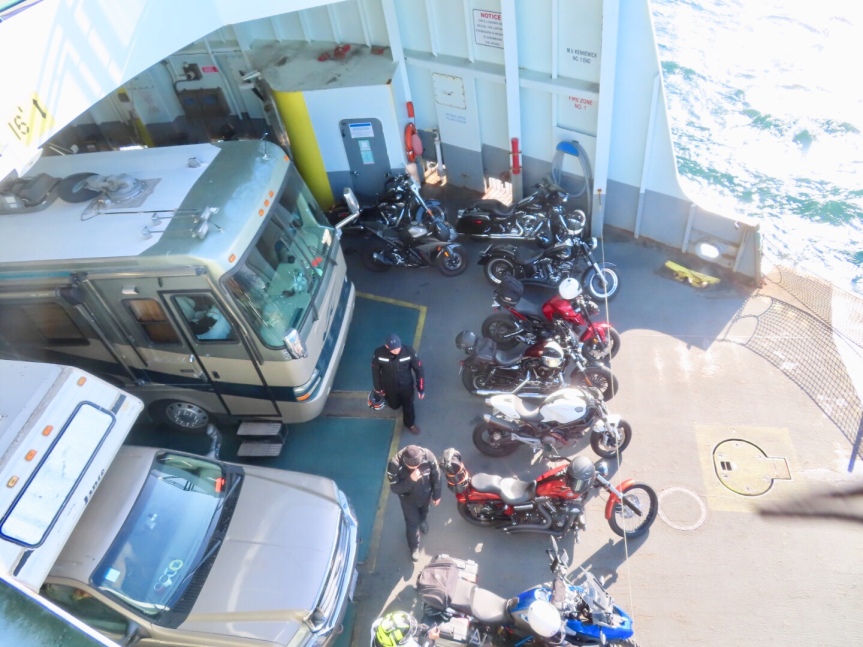 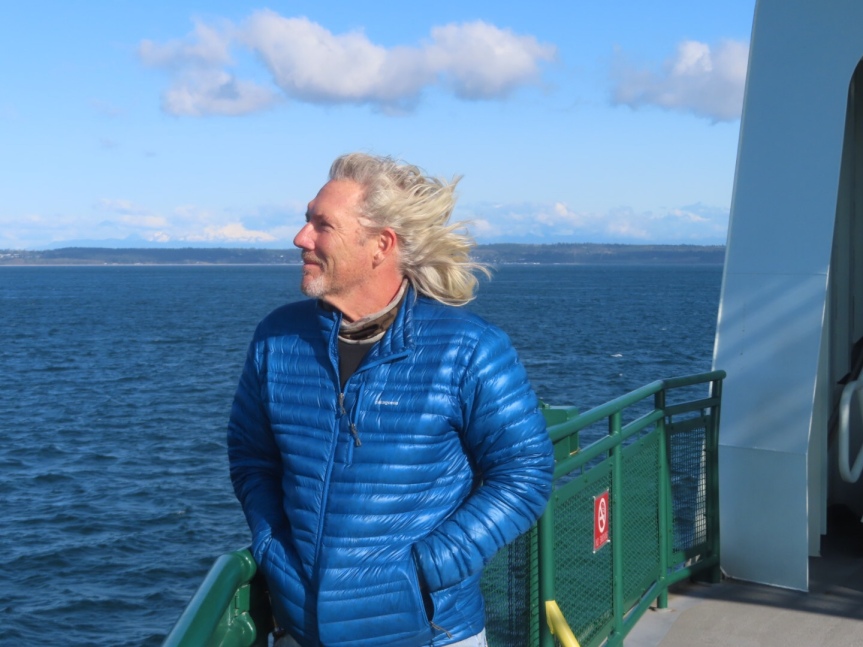 The sunset over the islands was magnificent and I could see little waves working their way into the sandy arc of beach to the west. We went inside after the sun disappeared and watched more Breaking Bad while keeping ourselves warm. 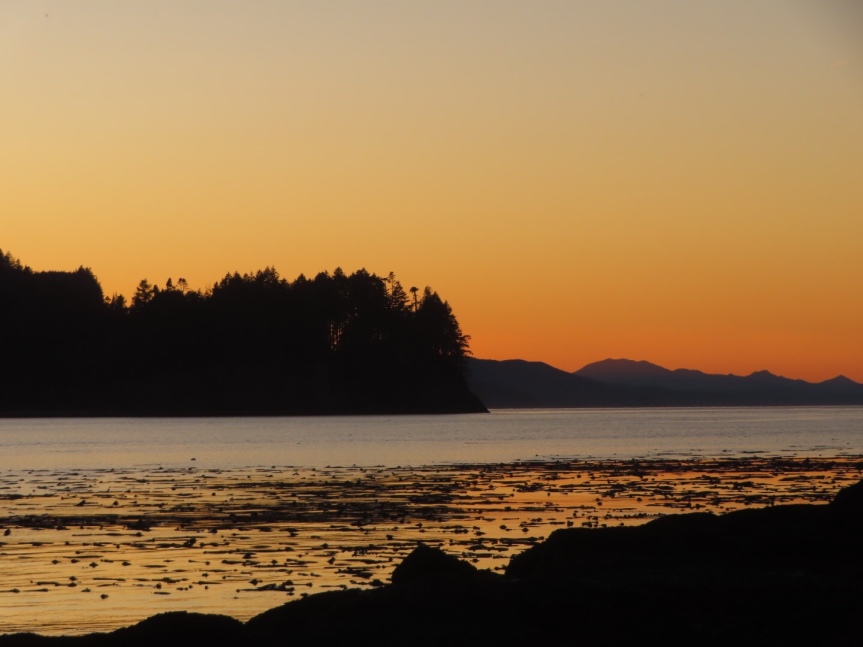 A bright sun greeted us on the following morning and we went for a walk over to the Tongue Point look out to have a panoramic view of Crescent Bay. Several local surfers were out catching some fun little two to three foot waves. I was surprised that the surf could get this far up the strait. We drove over to the parking area and went surfing in the crisp 52 degree water. 52 degree air + 52 degree water. The only saving grace was the shining sun. 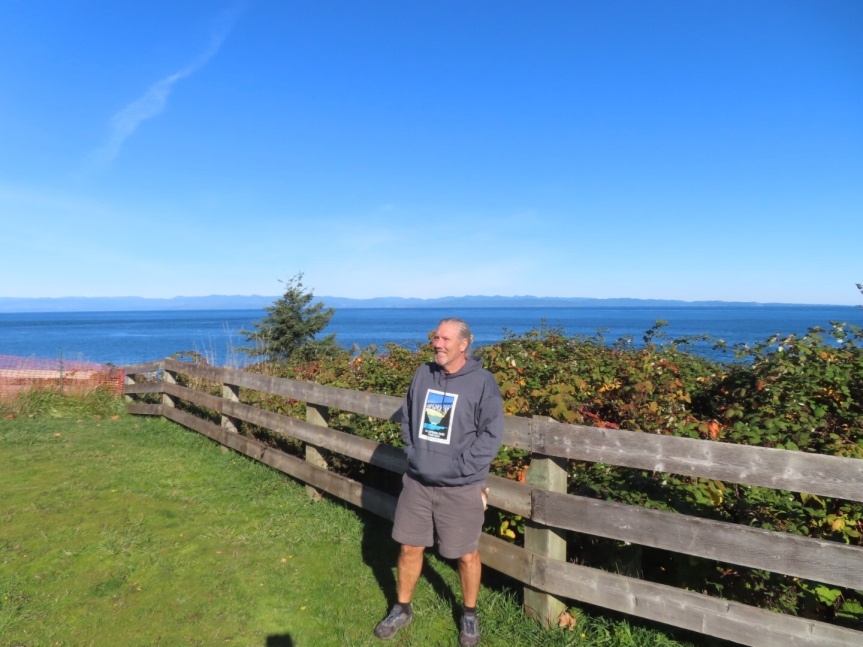 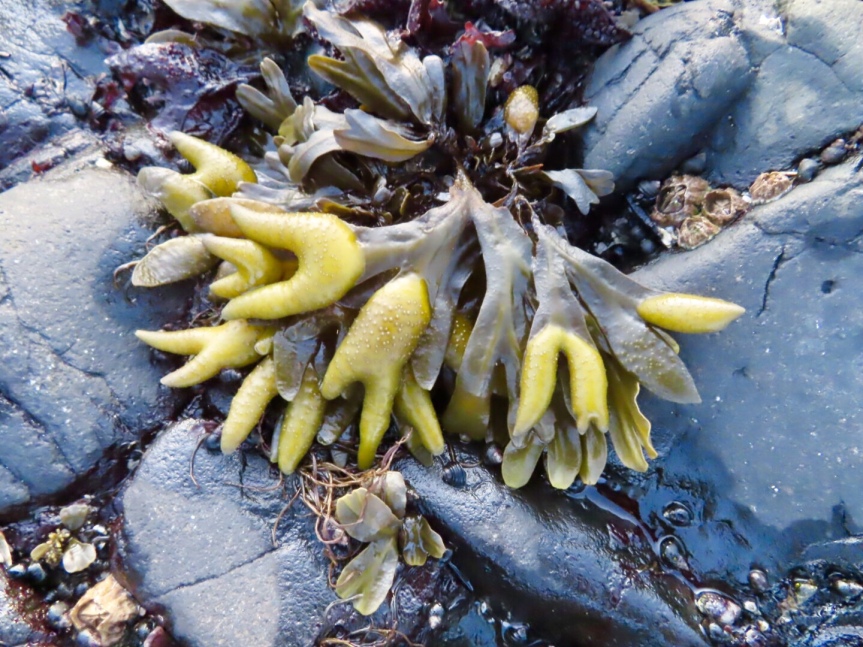 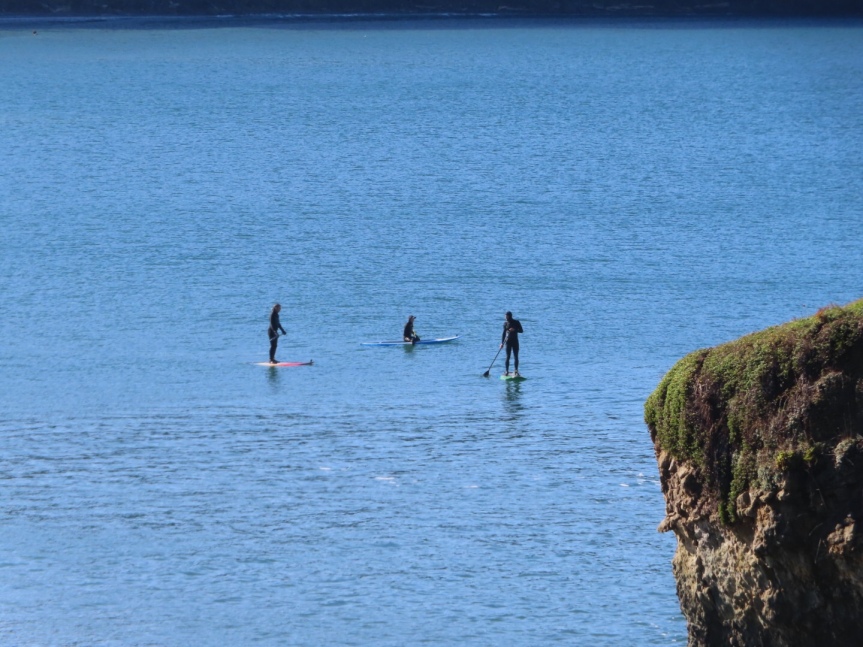 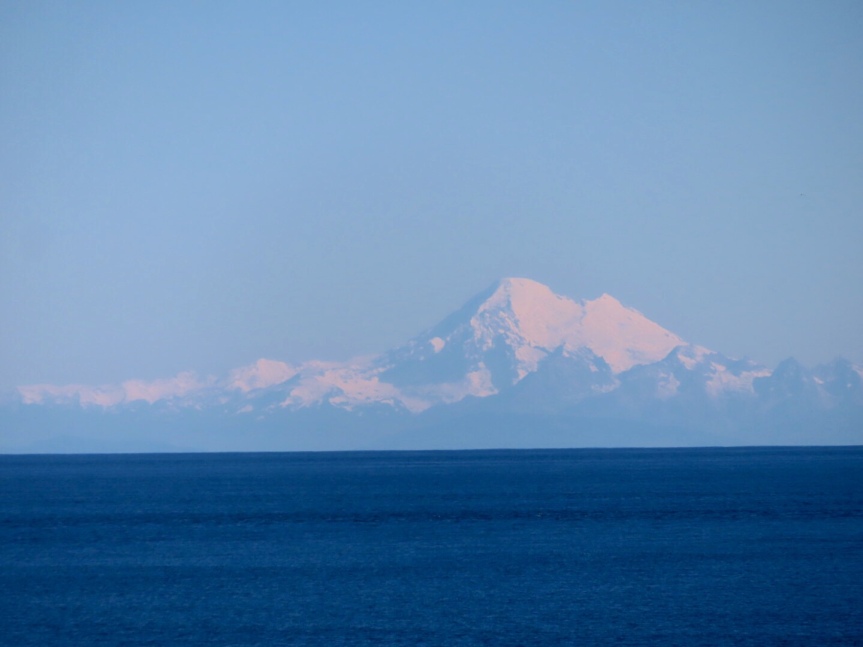 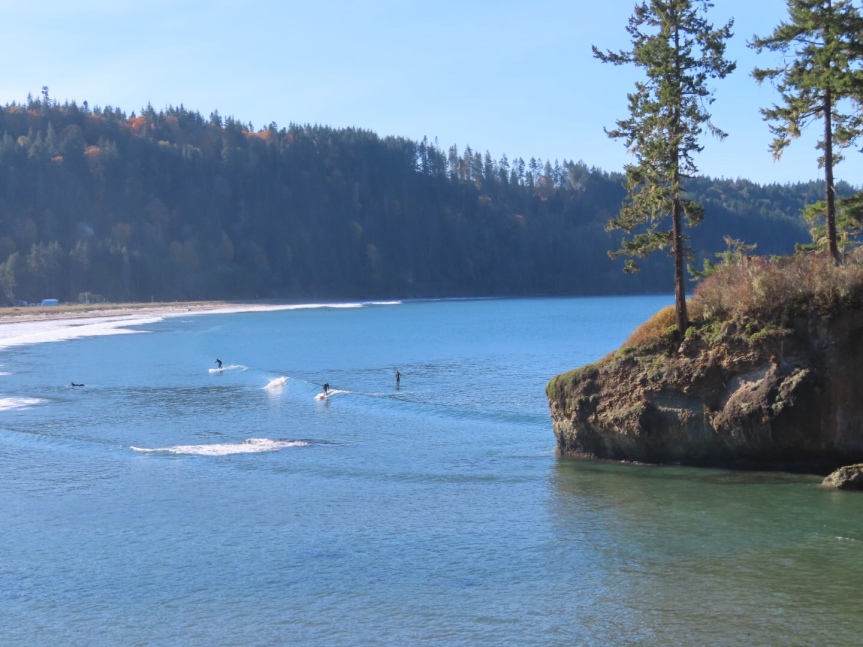 We lasted about an hour in our 3/2s before giving it up and heading back to Salt Creek to light a fire in the pit and try to get warmed back up. Had a long chat with a local guy named Brent who was camped a row back from us. We kept the fire going until dark when the cold drove us back inside. 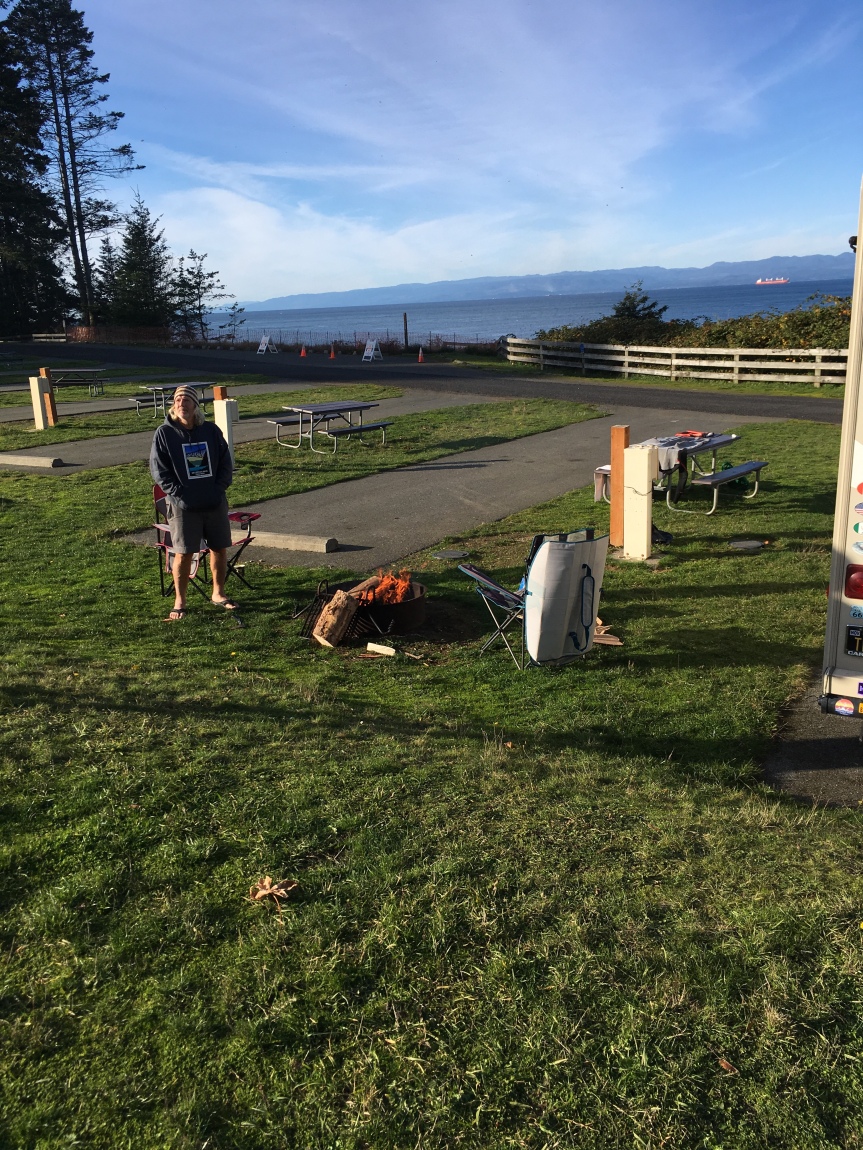