When I awoke this morning, I heard Jim and Linda getting her dad’s big class A ready to drive back up to Arizona. I heated up a cup of tea and went out to say farewell. A number of the hotel staff that were friendly with her father and were around for him during his final days came over to wish them well. This is Jim’s first time driving a bus, so it should be interesting. Just keep it your lane, amigo. He rolled out of the gate with Linda following close behind with the pick up hauling the quad on a trailer. Vaya con Dios.

I sat in the shade of my little patio reading and having a small breakfast. It was comfortable to just lounge under the awning watching Cali wander around the open grassy area of the lightly populated park. Enrique came by and agreed to come wash the RV around lunchtime. I played some guitar and had an easy morning. At 11:30, he showed up and got down to washing and waxing.

Not wanting to be watching over his shoulder, I jumped on the bike and rode down to Tacos Mazateros and ordered up a fish and a shrimp taco. There was plenty of fish and each taco had two tortillas, so I split them up and made four smaller tacos poquititos. I took my time savoring the tasty Sonoran treats then rode home along the dusty road doing a few errands along the way. 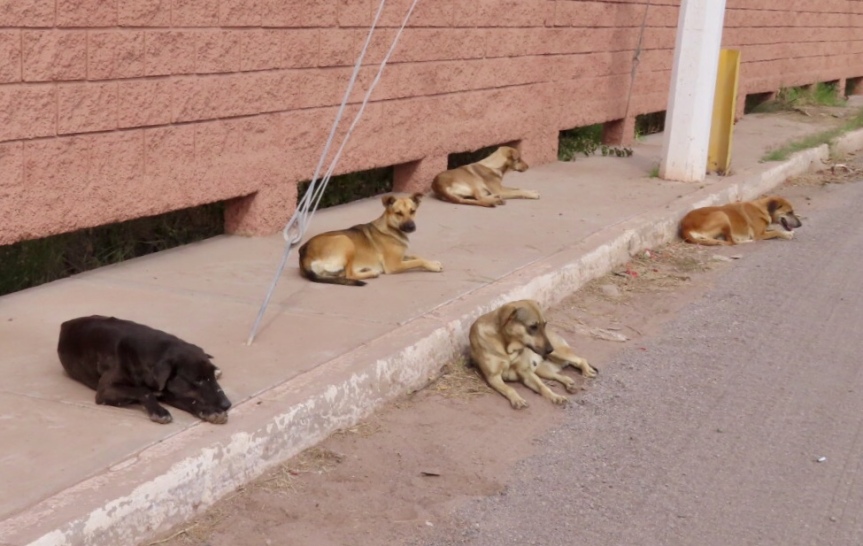 Wilson was shining like a newly minted penny. I put things back in order and sat outside under the awning working on a couple of Mexican tunes I’ve been trying to learn. I dug out my fishing pole from the basement and then made a spot in there for the collapsible weed whacker I got from Jim & Linda. It has a little toy like mower attachment so it’s pretty fun for just trimming up your immediate campsite. 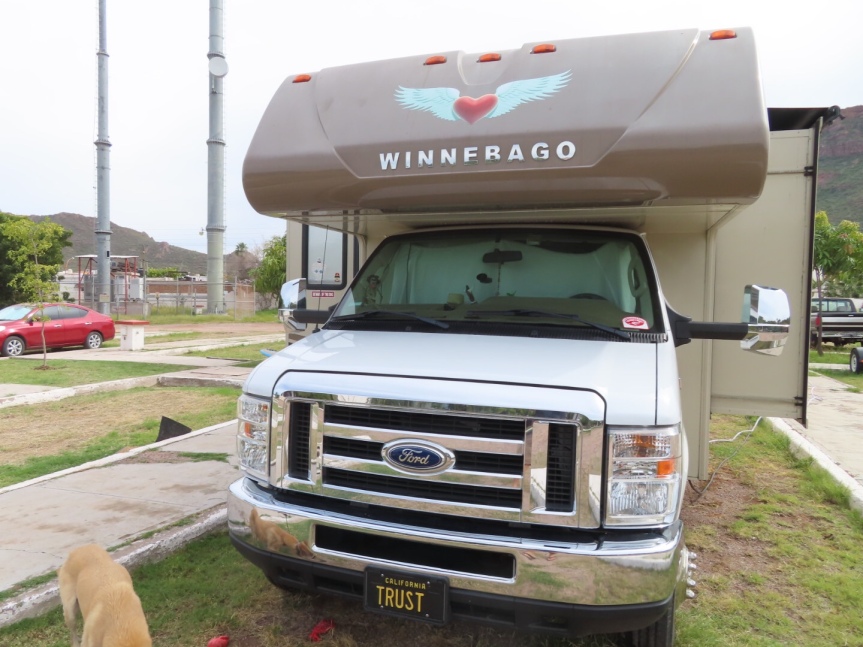 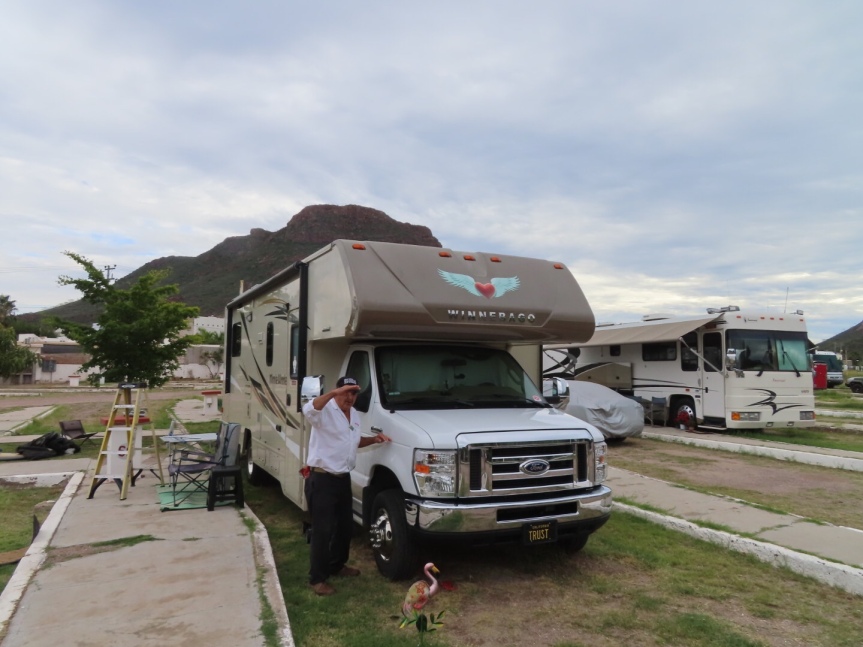 I was hoping to find a trail that would lead up to one of the rocky hills behind the hotel to get a view over the bay so I put on some shoes and started hiking through the upscale neighborhood behind Hotel Cortez in the direction of the rugged peaks. The gardener told me there was a hidden beach at the far side of the point if I went far enough. A resident in the neighborhood pointed me towards a barbed wire fence that said no trespassing and said to slip around behind the shack on the left. I walked for an hour or so looking for a trail up the hillside but the underbrush never gave way. After a while I reached the beach at the south side of the peninsula. I saw neither hide nor hair of another human being for the entire two hour hike, only stillness and quiet with the call of an occasional bird. 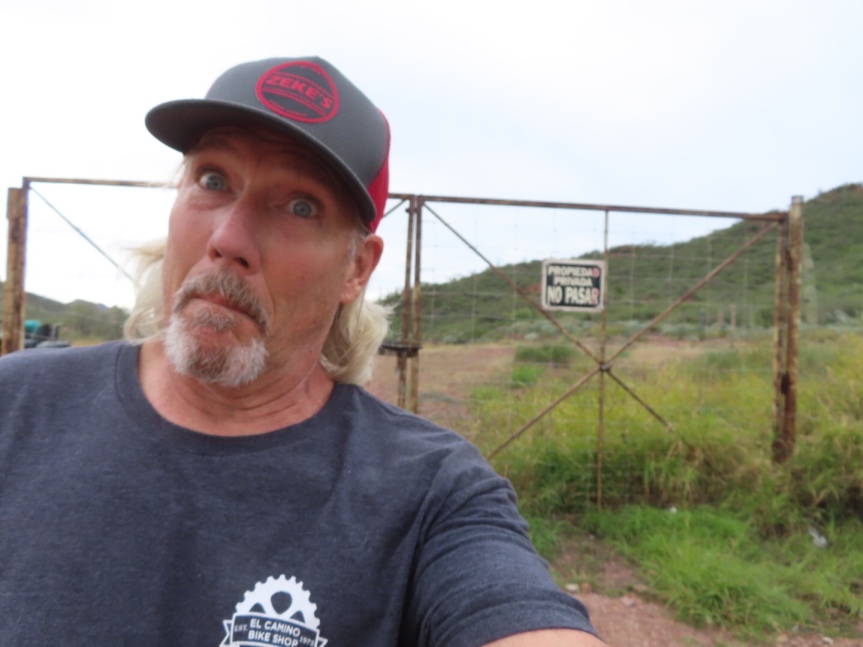 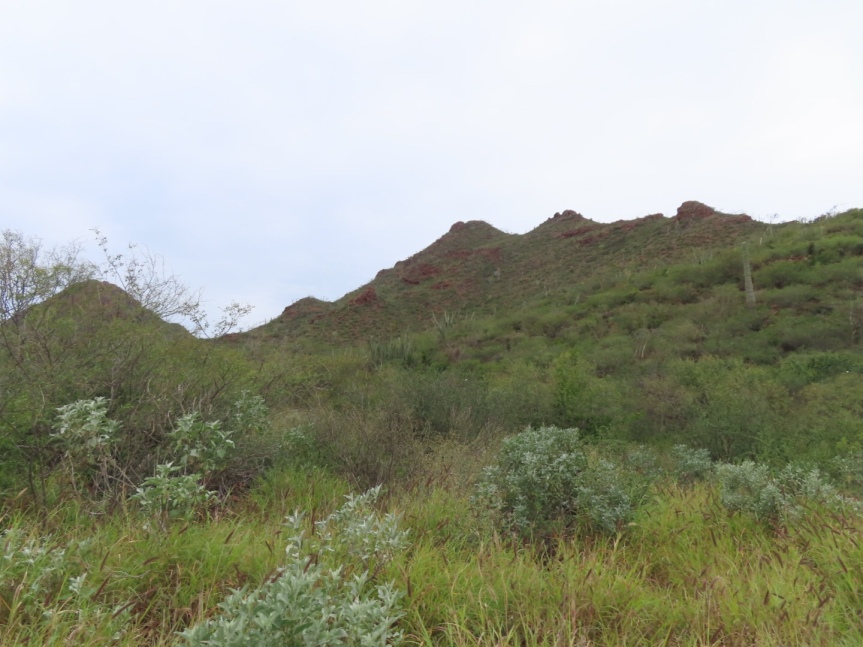 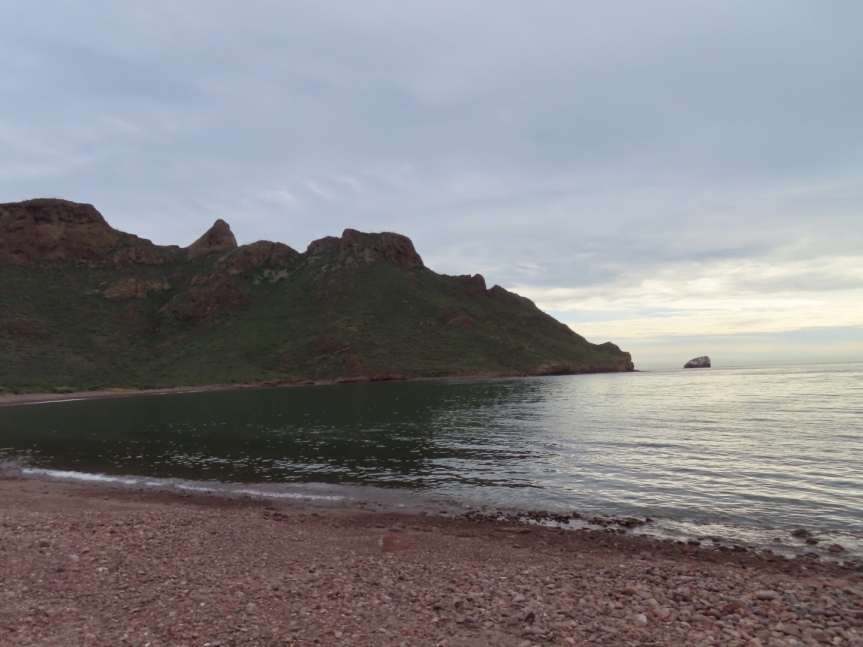 As sun down approached, I tied some hooks on my line and walked over to the dock and tried unsuccessfully to lure in some fish. I was using shrimp and the fishermen on the boat yesterday told me to go with squid so maybe I’ll try that next. The sunset was amazing though and fishing gave me a perfect excuse to stick around for it from start to darkness.