We were up early and beat a hasty exit from the shores of Sylvan Lake. Some intrepid hunter was up early and firing off rounds just yards away over the hill. Cali was freaking out and pulling to get back into the motor home and escape the sound. We were soon in Connecticut and we stopped at the visitor center and got maps and vending machine coffee.

Drove on, excited to be getting near the ocean and get a beach campsite at Rocky Neck State Beach. There were lots of short steep climbs so the floorboards were a little on the warm side when we pulled up. Our excitement was short lived as the kids in the booth informed us that Connecticut state parks don’t allow dogs. 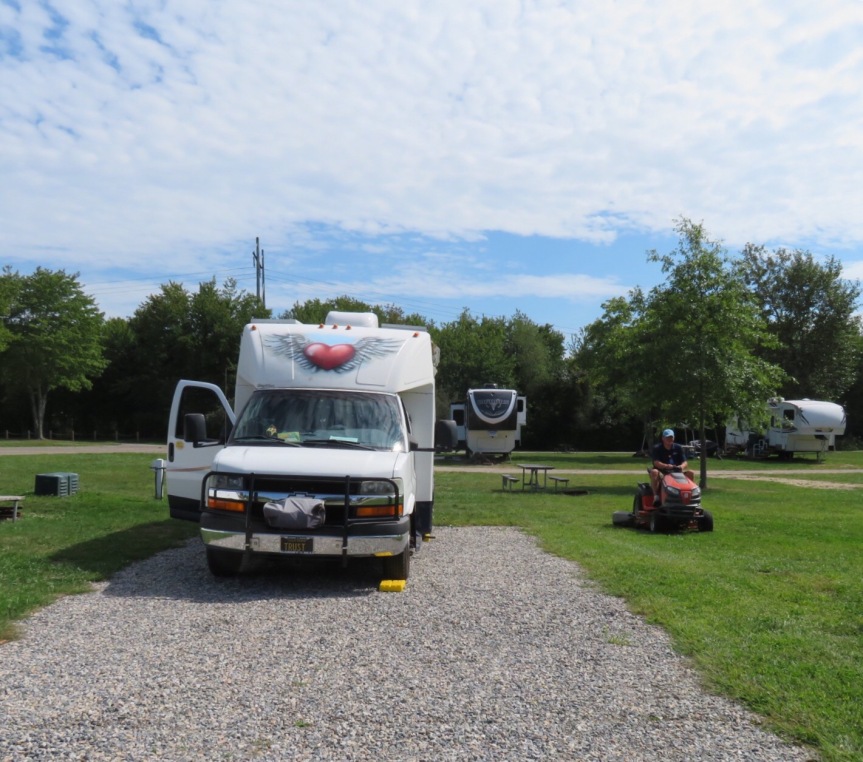 We loaded our crew back onto the bus and continued on down to Mystic. We got a spot at the Seaport RV resort in Old Mystic. For once, an RV stop that actually lived up to its name. Yea, the site we picked is kind of out in the open, but it’s on the end and the place is quiet and the spots have good separation. We got set up and our old nemesis, the lawn mower guy, spotted us immediately and raced over to mow all around us as we were looking to rest up from our day’s drive.

It was close to 90 degrees out, so we went over to the pool and there was only one other person there. They have this giant bucket that pours water over a corrugated sheet to splash you off in the shallow end. We swam and played around for quite a while before napping in a chaise lounge in the shade.

We went back to the van and lounged a bit, then got dressed and headed for the village of Mystic. Lyft doesn’t operate here and I was too lazy to download the Uber app, so we called a cab and got a ride in to the Sea View Snack Bar on the Mystic River. Our stoic driver wasn’t big on small talk. When we asked if could recommend a better place to eat, he just said no. I found the Sea View on a little map at the RV place and when I saw it was from 1976, I figured it would be a throw back style eatery. It was just what I’d hoped, an old school beach shack with crab cakes and clam strips. Just like the ones we’d eaten at in Rhode Island back in 2010. 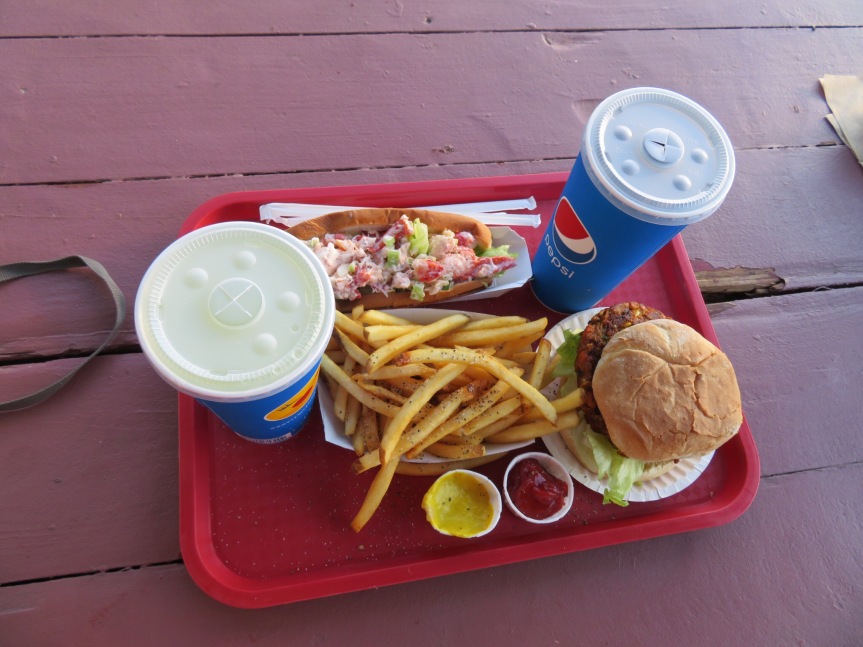 I got my lobster roll for the trip and PJ ordered a southwest garden burger. We ate our food out on the wooden benches alongside the river and enjoyed the view and checking out the people coming to the restaurant to eat. Right next door was twisters ice cream stand, so we had to make a visit after dinner to make our meal complete.

Needing some exercise, We walked into central Mystic, passing by the Seaport Village with all of the old shipyards and the houses of the early founders of the town and the ship building enterprises that once made Mystic a standout along the eastern shore. We continued on past streets of beautiful old mansions along the water and boats docked along the riverside.

Down by the drawbridge, there was a farmers market going on. A sort of a taste of Mystic event where all of the local restaurants had stalls set up along the boardwalk area serving samples of their fare. Being full from dinner, we just moseyed through the crowd and looked at things, enjoying the crowd and lively vibe on a beautiful summer evening in Connecticut. They had bands playing, games for the kids including a dunk tank and an overall carnival atmosphere. 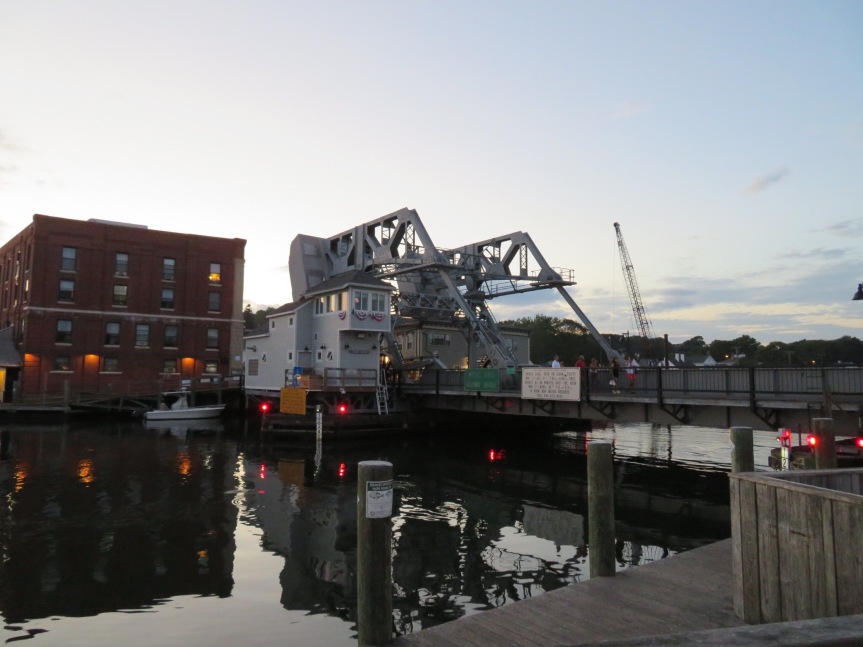 It was a romantic evening, kind of a date night for the two of us. We strolled around some more, then called John, our cabbie, and got a ride back to our camp. Two dogs were there waiting patiently for our return. We walked them around the grassy end of the campground then got comfortable inside Lexi and did some reading, writing and posting. Comfortably tired, we were headed to bed by 10:00
Miles traveled: 3,627

3 thoughts on “Mystic is Magic”