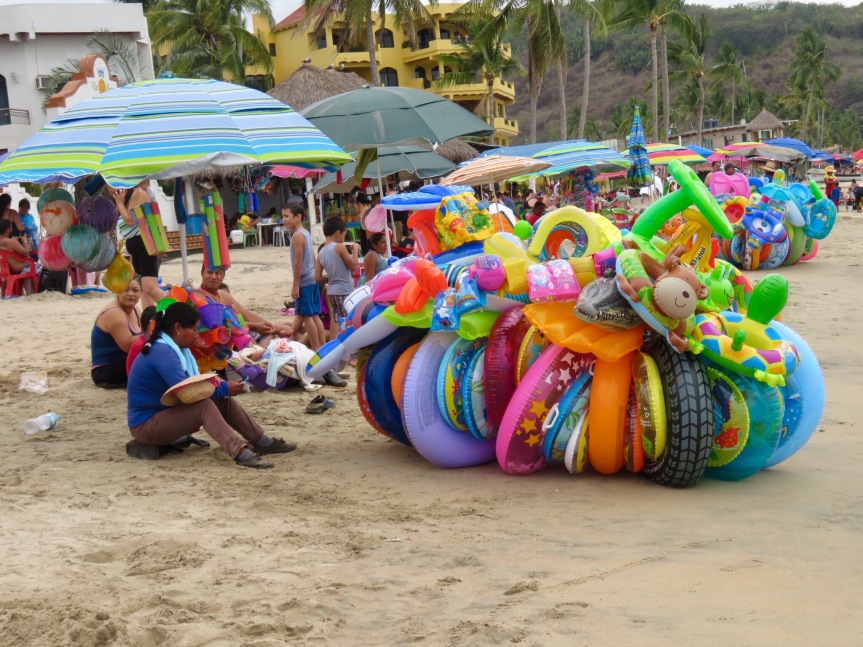 I had some real difficulty getting the day started. PJ had called last night around midnight as her father was being taken by ambulance to the hospital. He has developed a severe case of pneumonia and is having difficulty breathing. They have him on a device that helps him breathe. She called with updates throughout the night as she and her mother waited in the hospital to see how things would go. One of the side effects of his chemotherapy is an impaired immune response which adds more concern to any acquired infection. I’m thinking of you Pete and sending you healing prayers. Any friends out there who are of a praying persuasion, please join in. 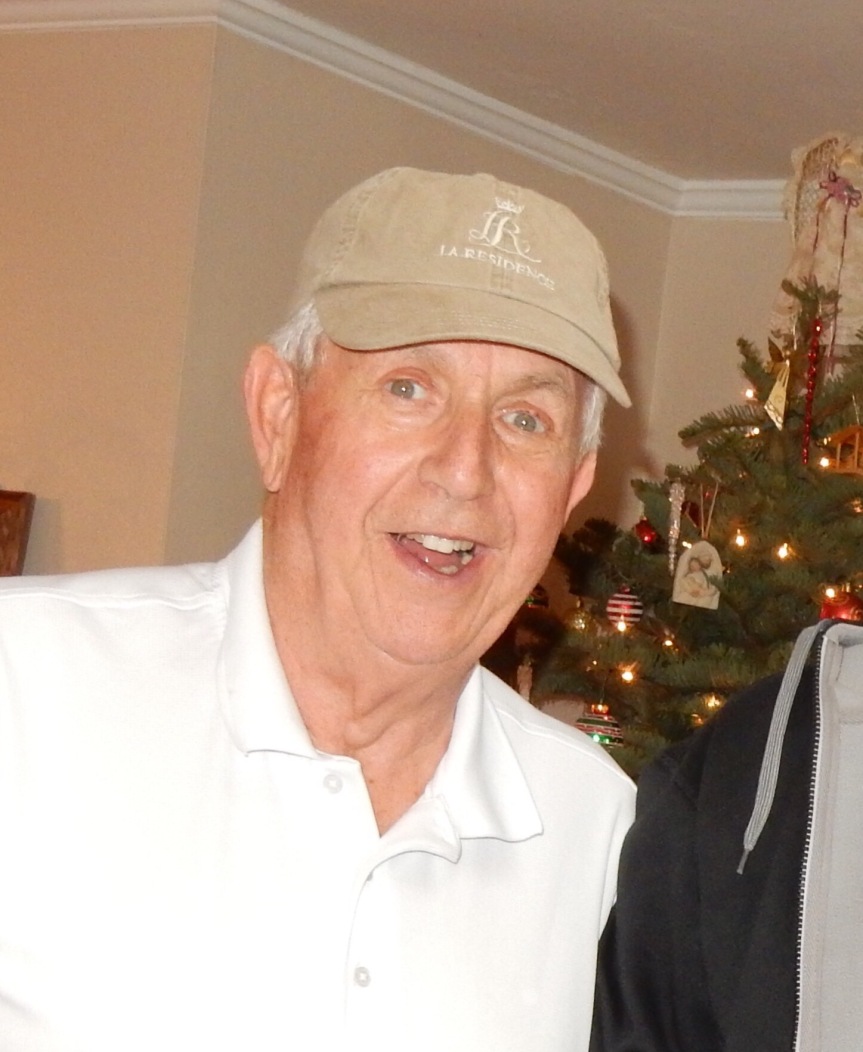 I mostly vegged out on the deck drinking tea, but at around 11:00, I roused myself and took my new underwater camera out to the point for a test drive. I swam out towards the rocks and took a few photos. I tried to get a few fish in there, but they are wiley little characters and proved hard to pin down. The sky was overcast and the wind had the water a little cloudy as well. Neither of which helped inspire quality photography. But the camera has potential and I think it will work fine for taking photos for fun. 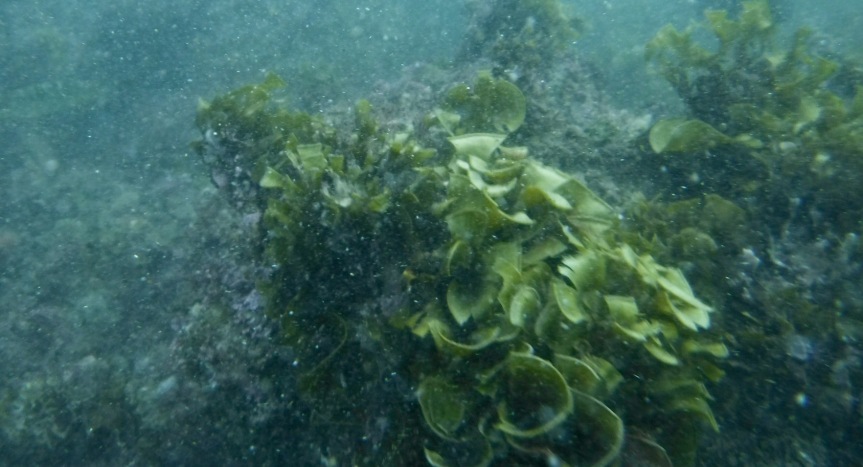 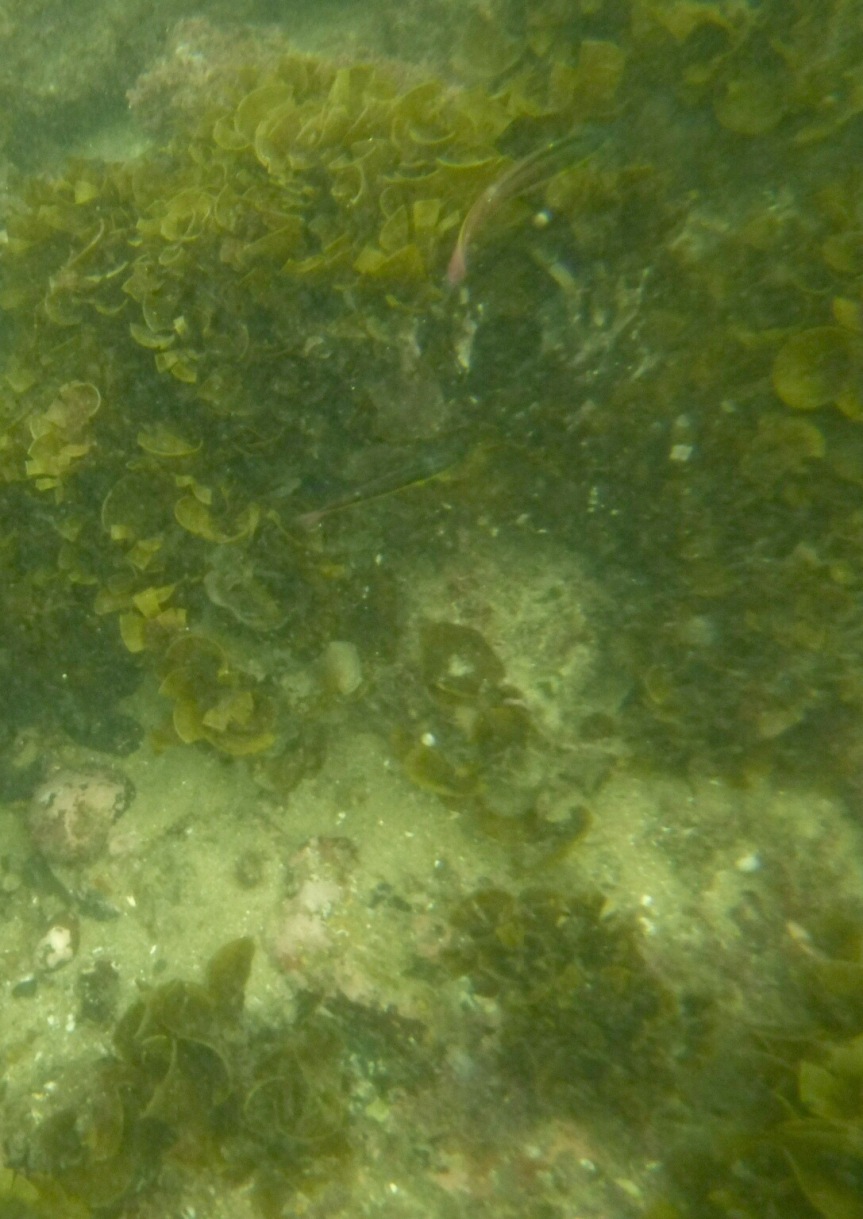 Shannon and Linda came to pick me up a few minutes past noon and we decided to drive down to Los Ayala and have a look around. The southbound traffic on highway 200 was moderately heavy and Shannon seemed to be a magnet for kamakaze passers charging straight at us. We had a couple of near misses that had me buckling up my seatbelt. 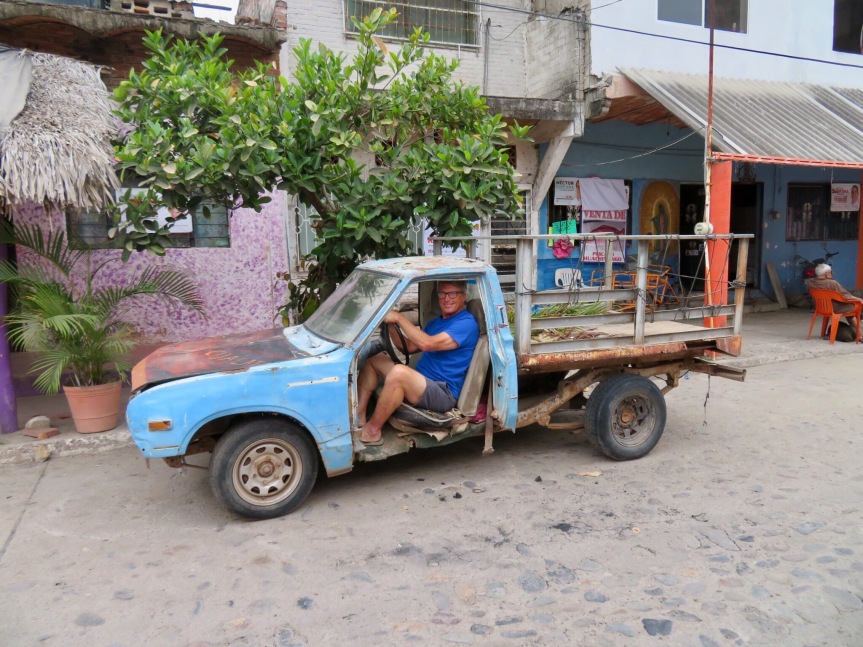 Being an overcast Tuesday, we had a mental image of Los Ayala being nearly empty and sedate, but as we pulled in next to the square, we noticed at least four large tourists buses parked up around the empty plaza. The beach was actually packed. We walked out to the beach towards the northern end where the tour boat had run aground on the sand. Tons of vendors were out hawking their wares. Fruit carts, fresh oysters, ceviche, shrimp on a stick, you name it, it could be had for a price on the beach at Los Ayala. 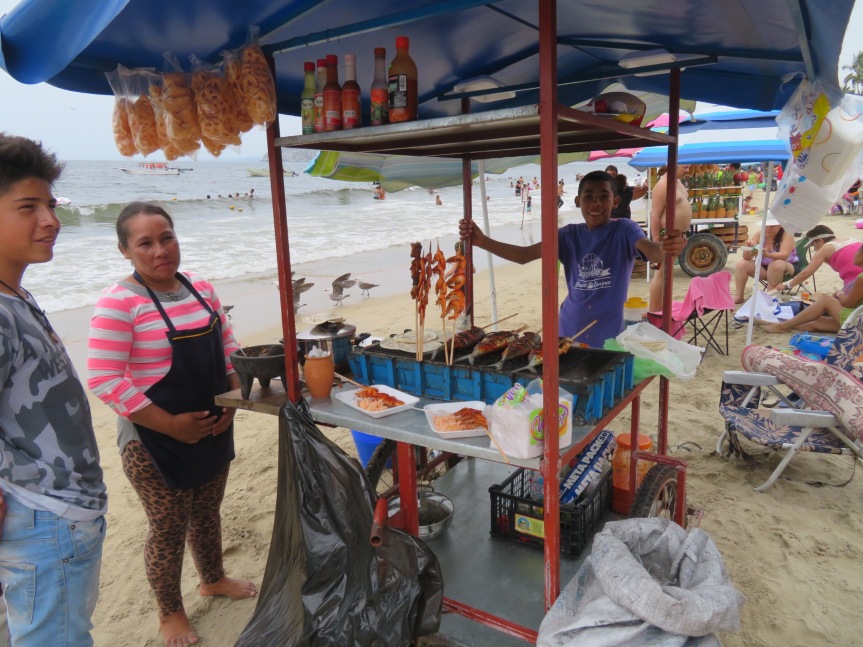 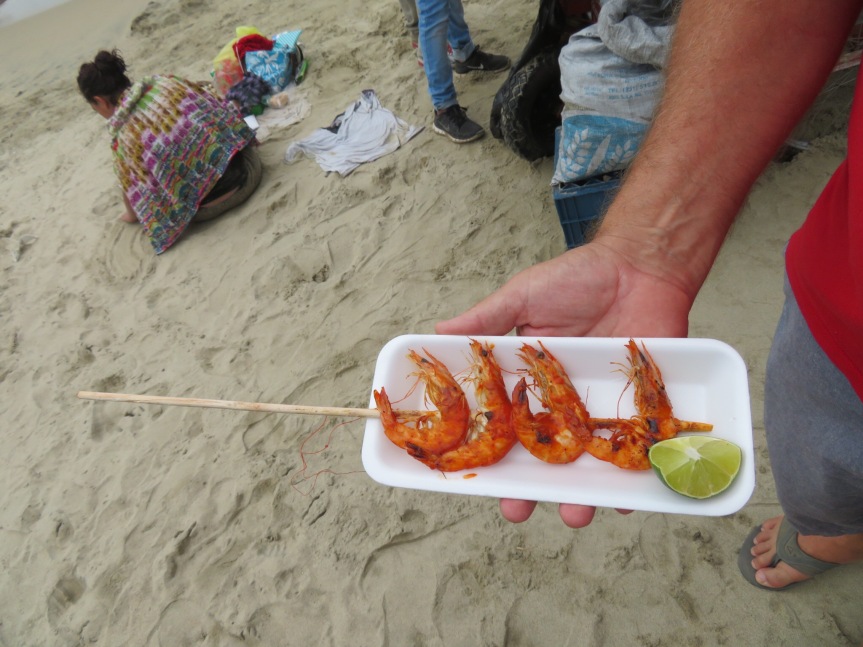 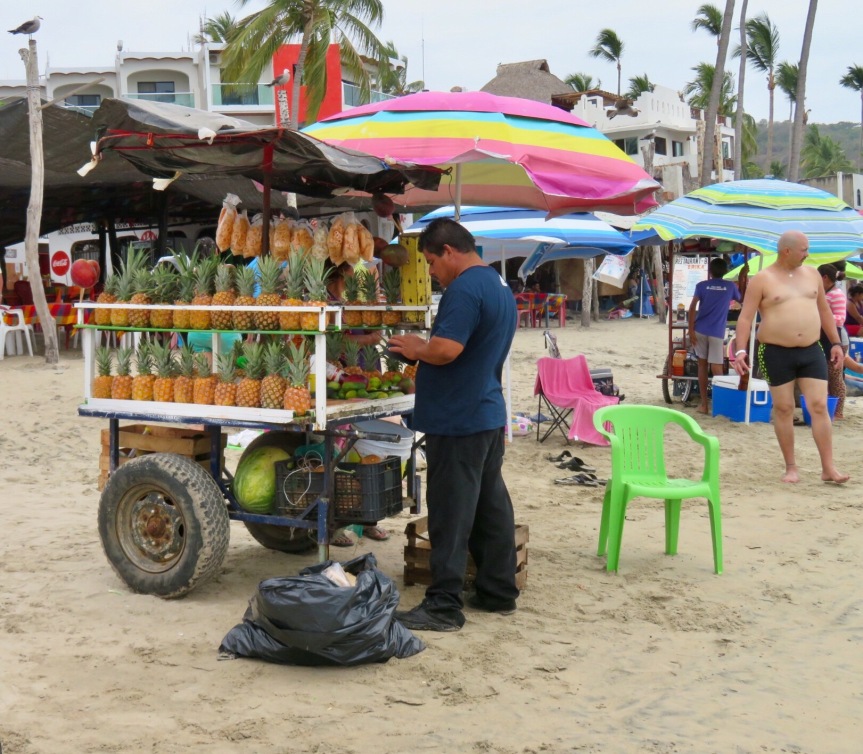 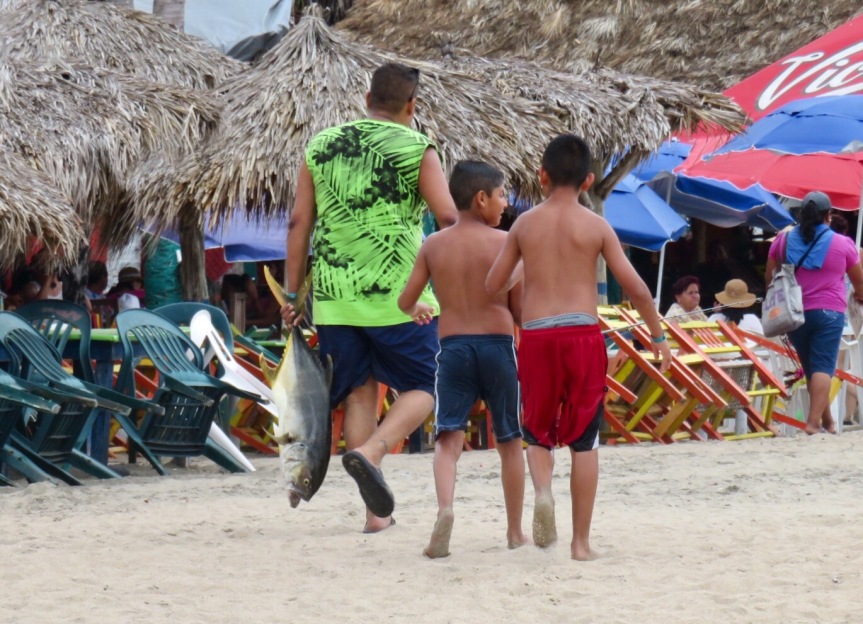 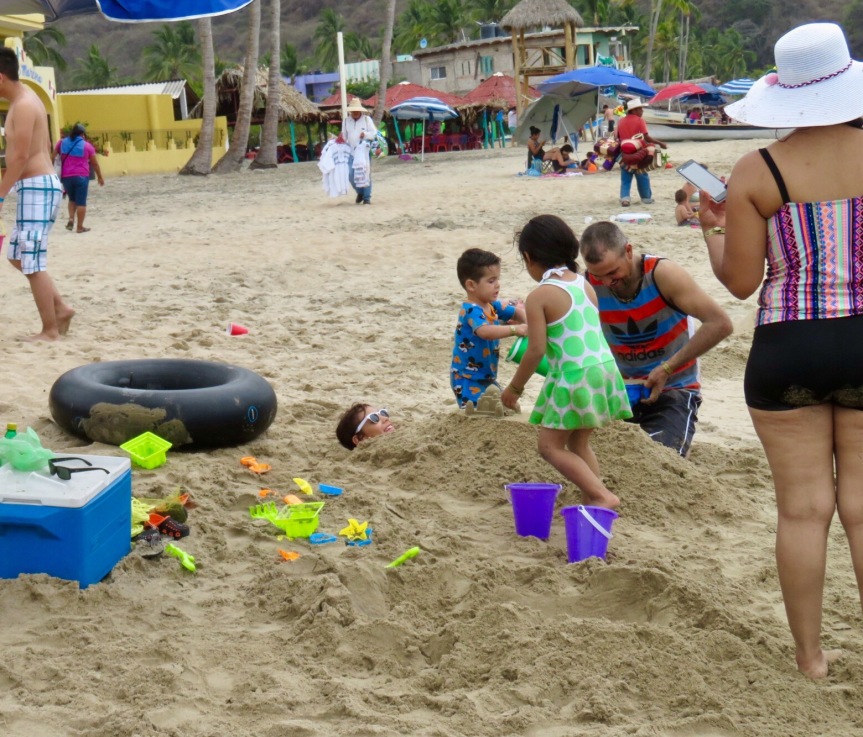 The bay was filled with boats and the water was full of swimmers. We were the only gringos in town as we meandered down the shore. The beach side restaurants were doing a brisk business and the crowd noise and children’s shouts gave the beach a carnival atmosphere. We walked to the south and Shannon picked out a restaurant a bit back from the water. We ordered up some seafood and enjoyed watching the families at play and a few partiers obviously overindulging. Shannon caught a local guy who might have had a few too many and kept him from keeling over backwards off of the high curb. 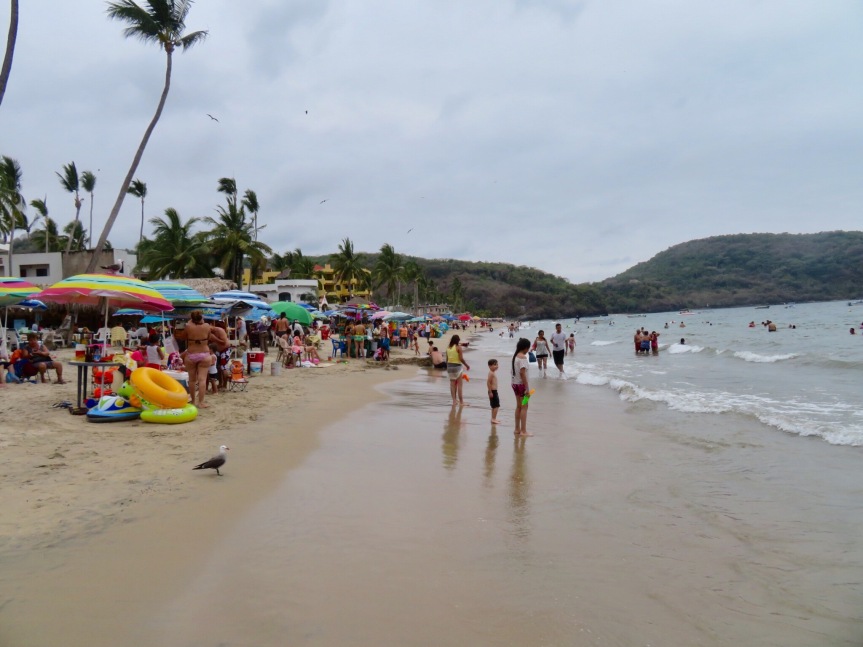 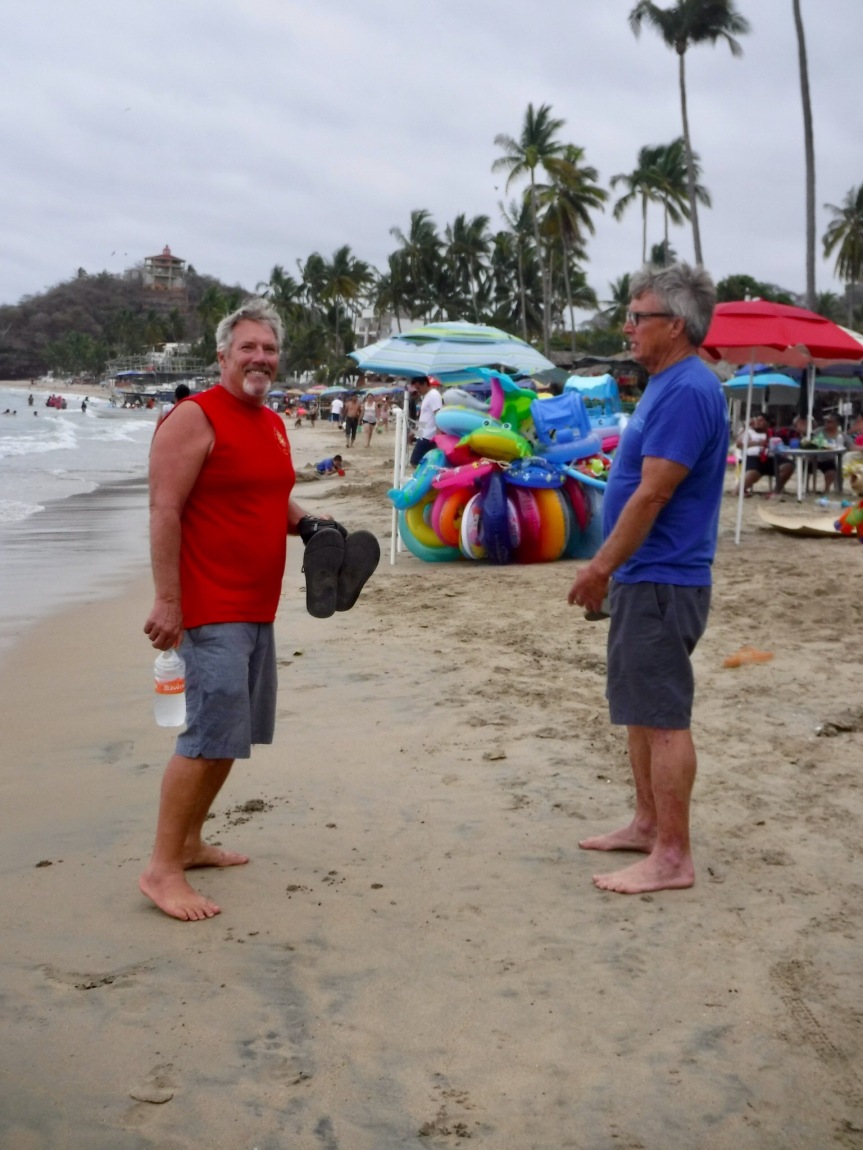 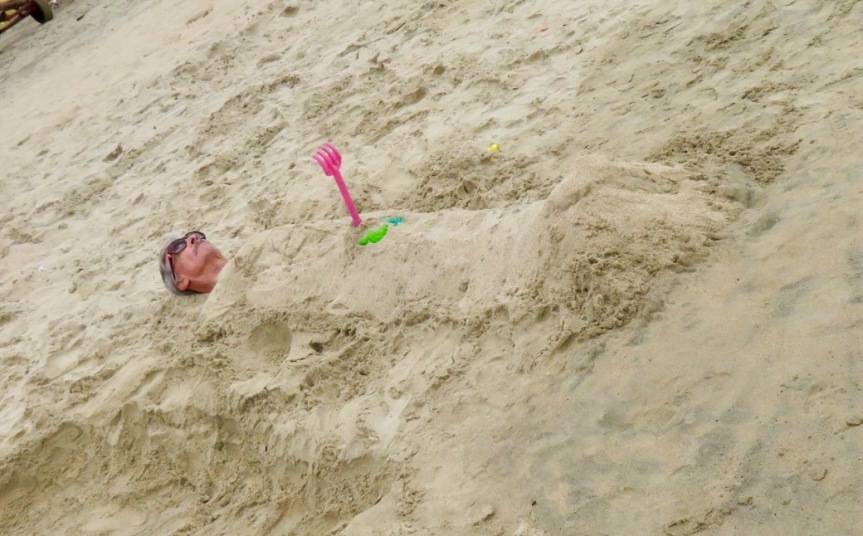 I still haven’t figured out what the holiday is, but there is definitely something going on for so many people to be Day tripping to the beach mid-week. We really enjoyed relaxing, talking and people watching in the not so sleepy pueblito. We walked a little into town, but in Los Ayala all of the action is on the beach. 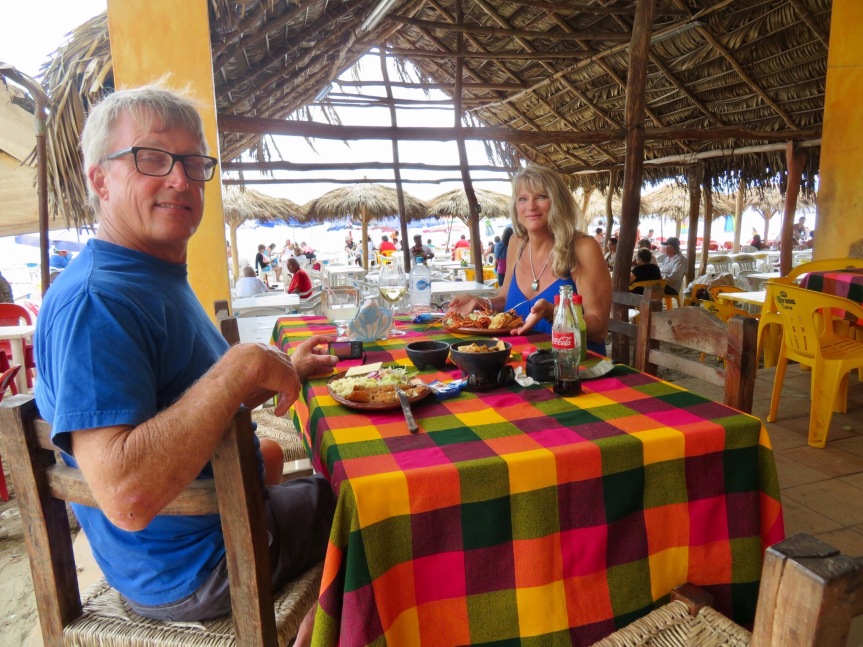 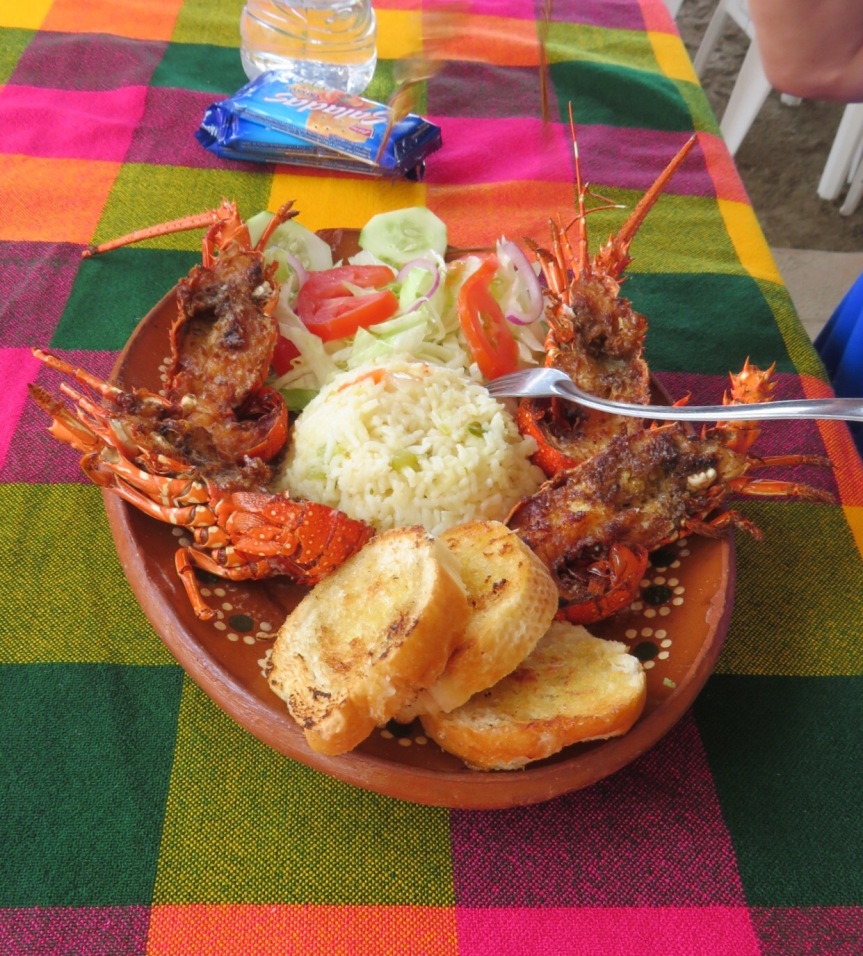 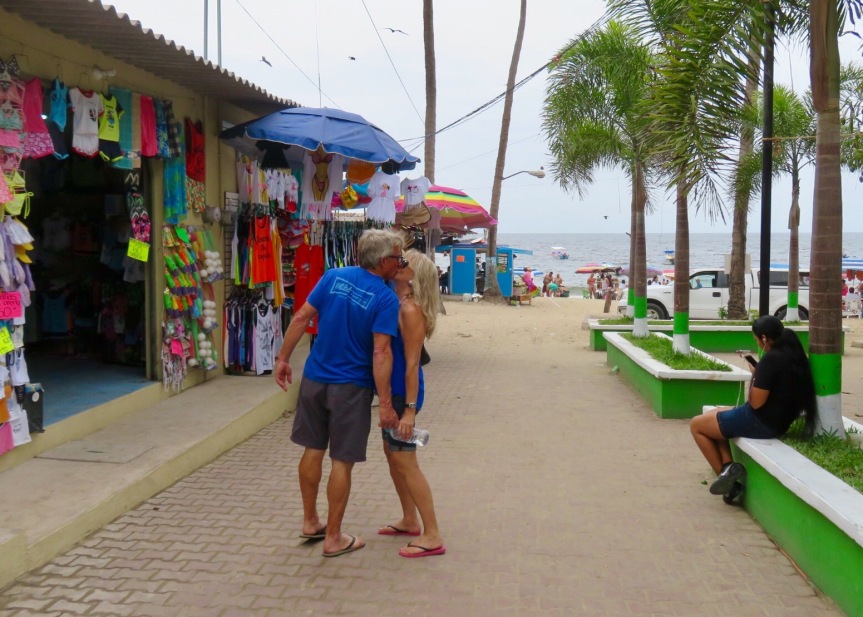 We took a drive through Rincon de Guayabitos just to have a quick look around. Didn’t seem nearly as animated as Los Ayala. Evening was settling in as we made our way back to Lo de Marcos. On the way in, we stopped at Bernal’s and picked up a few groceries before heading back to the tower. Shannon and Linda came up for a few minutes then headed back down to Punta de Mita and the comfort of their hotel. 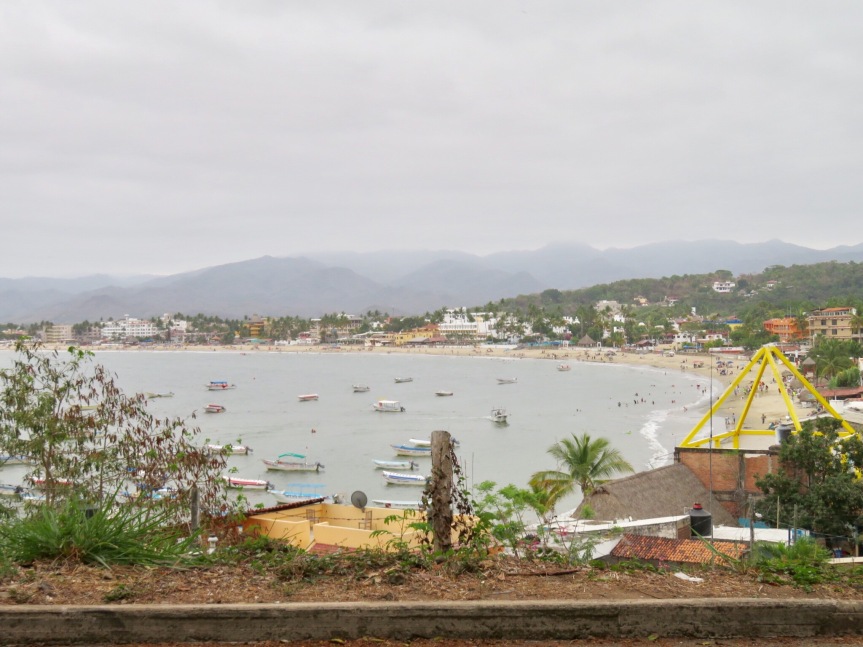 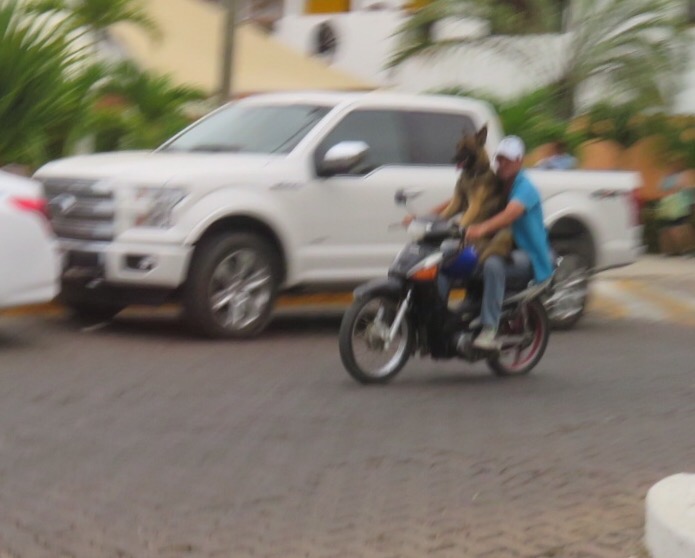 I talked to PJ and Pete is stable but will be in the hospital for several more days. She’s beat and is going to bed early. My thoughts are with you all. I did the usual dog outing then closed shop early myself. No internet tonight. 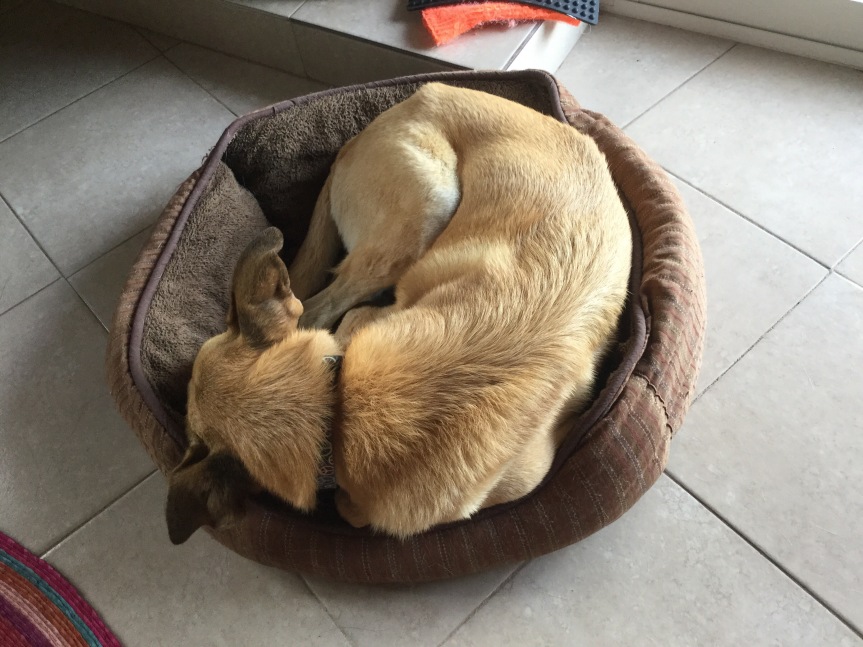