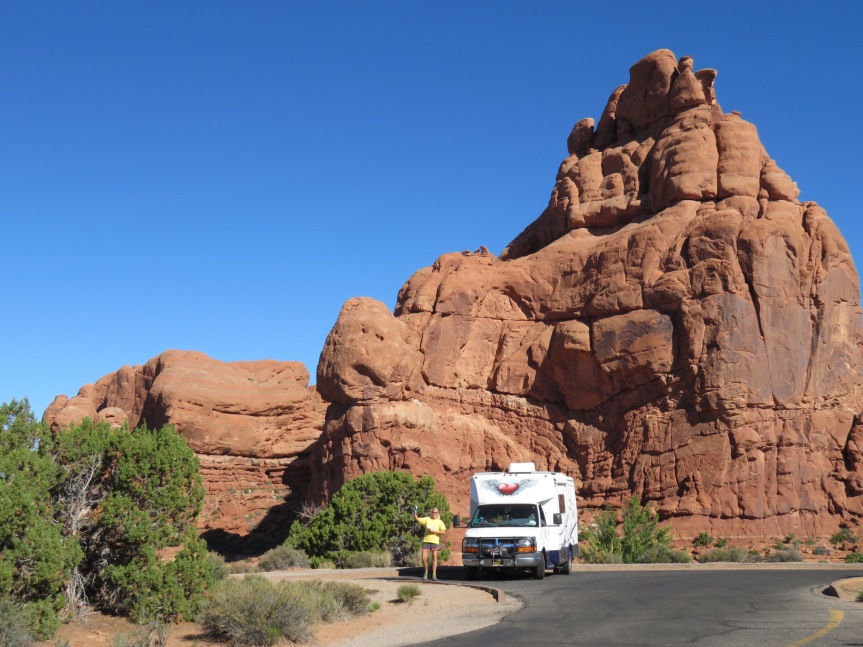 We got up relatively early and started closing shop. We took the dogs over by the creek to let them off leash. There was some tension between us over small things but we seemed to recover o.k. Hit the bank on the way out of town and we were at the entrance to Arches National Park a few minutes after 8:00.

There was no one at the gate to collect the entrance fee. The geezer in front of us just sat there in his car with a line piling up behind us. PJ got out to see what was up. A few people had thrown cash in the pamphlet holder on the side but it was just sitting there for the next dishonest guy to take. She asked the guy to let us pass and irritated, he continued up the road. The visitor center was marked clearly as being open at 9:00, so we and everyone else just drove on into the park.

What can you say about the panoramic beauty of this place. Rock sculptures created over millennia of all shapes and forms. We stopped at the first parking area and wandered around with fifty of our closest friends. An international coalition of arch viewers. 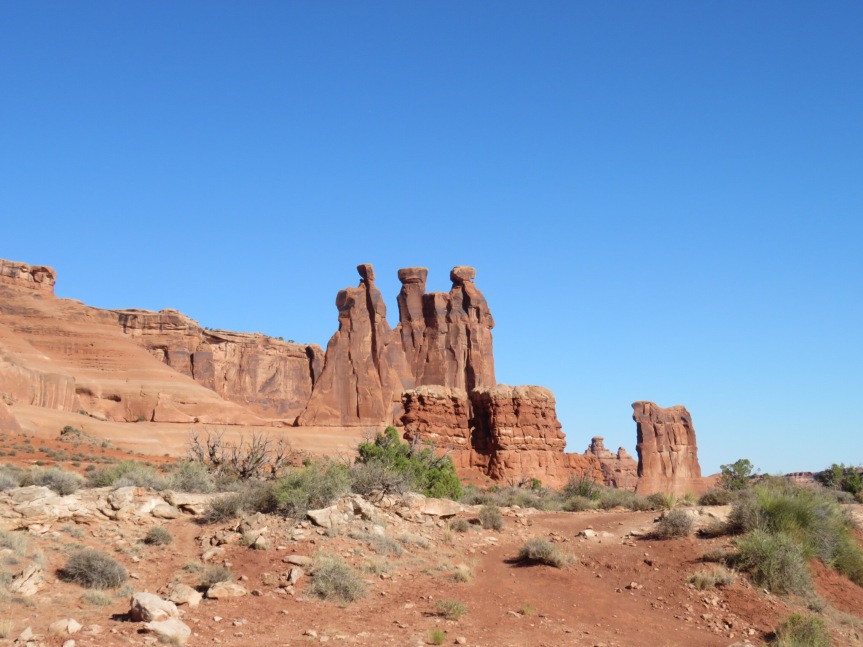 We took our time traversing the park. We drove up to a less popular overlook to get out of the mainstream of the crowd and made breakfast. Cali’s got Kokopeli’s revenge and barely made it out the door. Not a good sign. 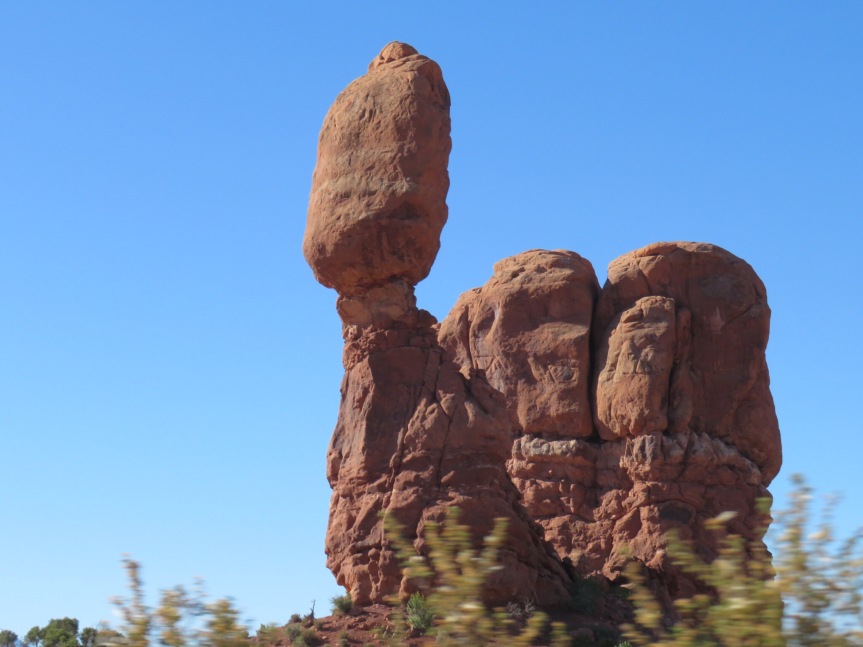 We continued on to the delicate arch. The lot was full. The oversized vehicles only lot was full of small cars and sedans leaving us no place to park. Probably not a good idea to leave Cali closed up inside anyway. 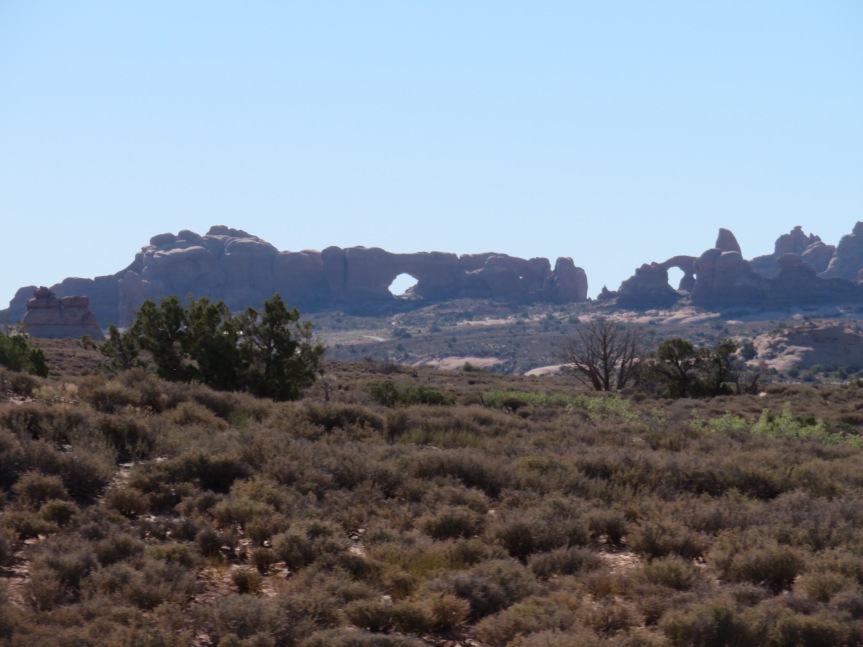 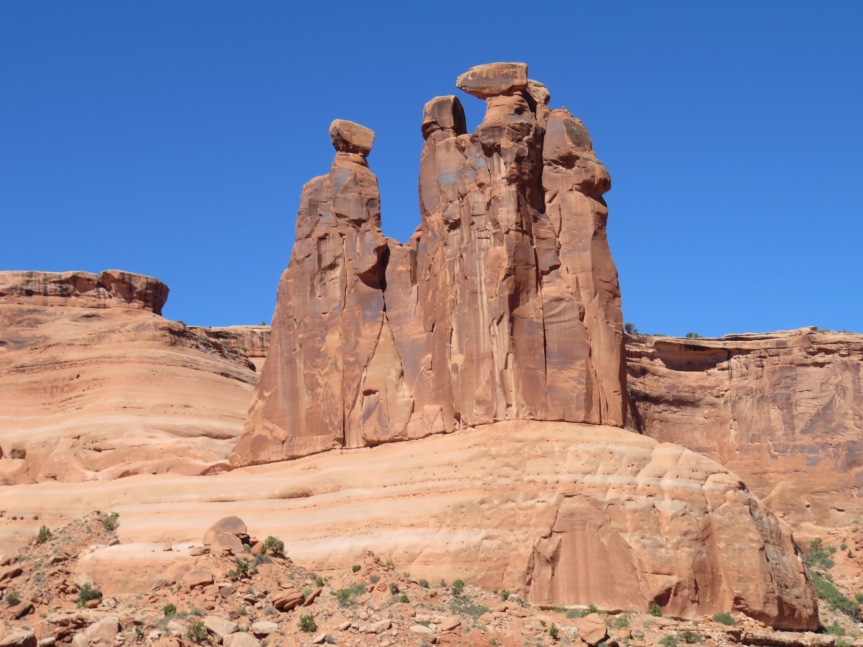 We drove the short distance to the end lot where a short hike would take you to a spot with a clear view of the arch although a bit off in the distance. We decided to break the rules and ignore the no pets on trail sign. We leashed up the girls and started up the path. A few hundred yards in, an oversized guy with an oversized family commented that I’d never make it up in flip flops then he turned to PJ and said ‘you know dogs aren’t allowed’. We continued on a few feet when Cali exploded in a huge puddle of chocolate milkshake on the side of the trail. The guy was aghast. I had to laugh as I was kicking dirt to bury it up. I wanted to tell the guy that if he was so interested in enforcing the rules, could he please go back to the trailhead and admonish all the cars in the RV lot for me.

We walked briskly up the trail with a few unfriendly looks but also lots of pets and hellos. We soaked in the view and took some pictures but didn’t tarry long. Raced back down the trail and slowly drove back out to the entrance. It was close to 11:00 by the time we exited the park and it appeared the rangers in charge of the gate had woken up. There was a line of cars going about a quarter mile back out to the highway. If you are going, get there early. That’s my tip of the day. 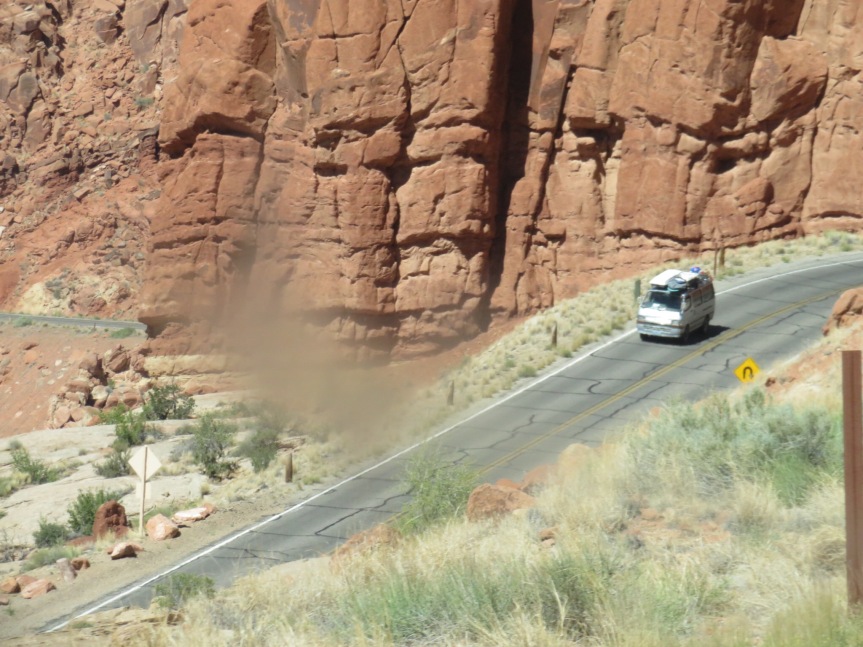 Arches was beautiful, but like most attractions that scenic and easily accessible, the crowds almost blot out the enjoyment of the experience. It reminded me of Yellowstone or Yosemite, where a hike up to the falls is reminiscent of standing in line going through TSA at the airport. Arches was awesome and well worth the visit especially since we skated on the $25.00 entrance fee. We were early enough that things didn’t really bunch up too much until near the end. A good off season place to visit.

Once we were on highway 70, Cali started whining so we pulled to the shoulder and the poor beast was sick as a dog. I guess because she is a dog. Trucks were blasting by and it was an unsafe place to be. Back on the road, tempers flared and the rest of the day was tense and uncomfortable. Grueling drive with three unhappy faces staring forward and Koda obliviously snoozing in her little bed. Stopped for lunch and gassed up in Fruita, Colorado then kept calm and soldiered on.

We arrived at Rifle Gap State Park around 3:00 and were still able to get a spot right on the lake. We set up, still a little out of sync. A swim in the cold water seemed to ease the tension and we sat on the bank and rested in the shade.

A hot shower evaporated the knots in my shoulders and we cooked up Boca burgers and sat in our chairs watching the boats go by on the wind ruffled water. Around sunset, a clearly intoxicated woman appeared and made us her new best friends. They live locally and it seems her husband had had enough and drove home to watch the game leaving her to camp by herself. After a while, the camp host, a sweet older lady from Arizona, came by walking her little poodle. Cali went to say hello and got a nip on the nose for her efforts. PJ saw an escape and took the dogs for a walk leaving me to fend for myself. I grabbed the camera and stepped towards the water to catch some sunset pictures and our little soirée drifted apart. 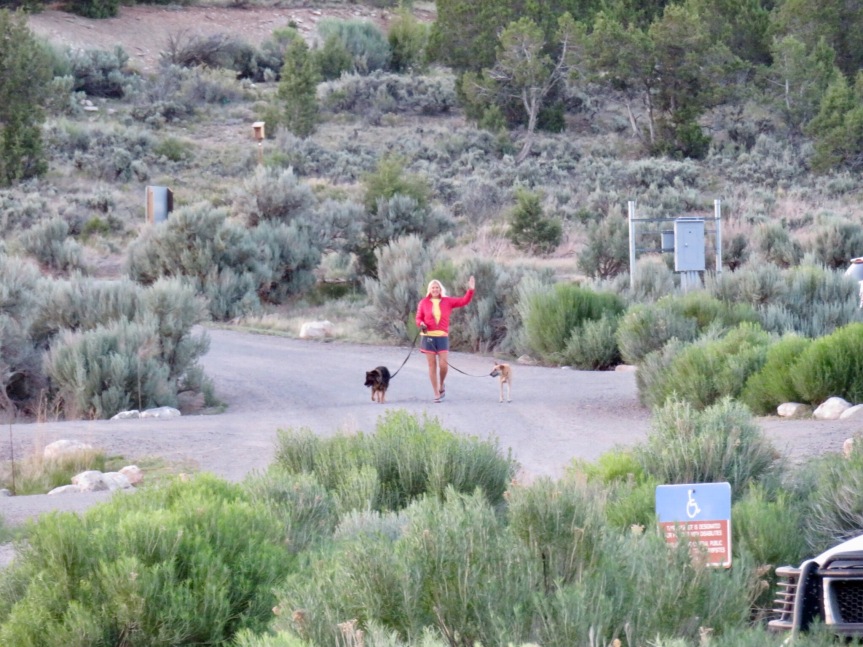 A nice evening, no biting insects and then a brilliant sky full of stars. 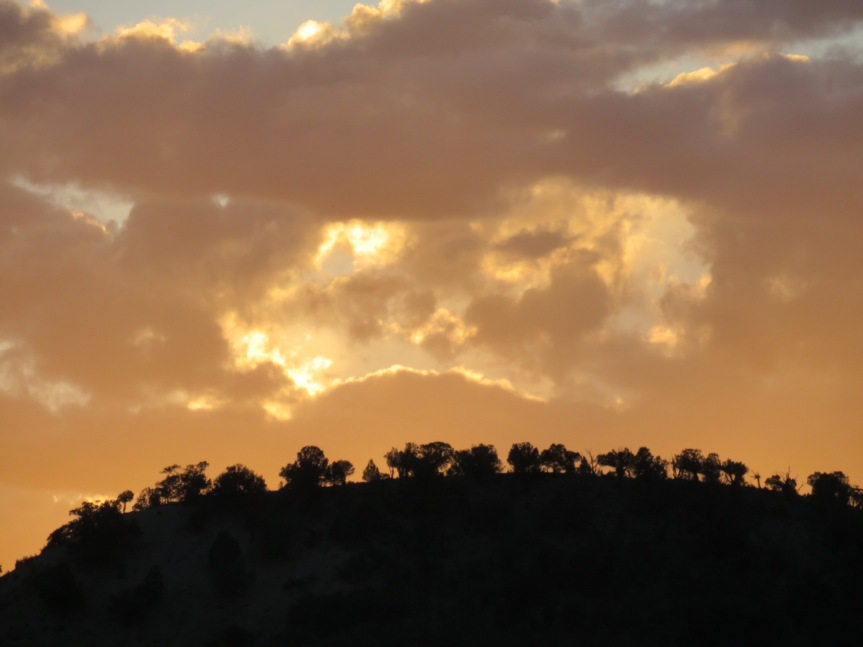