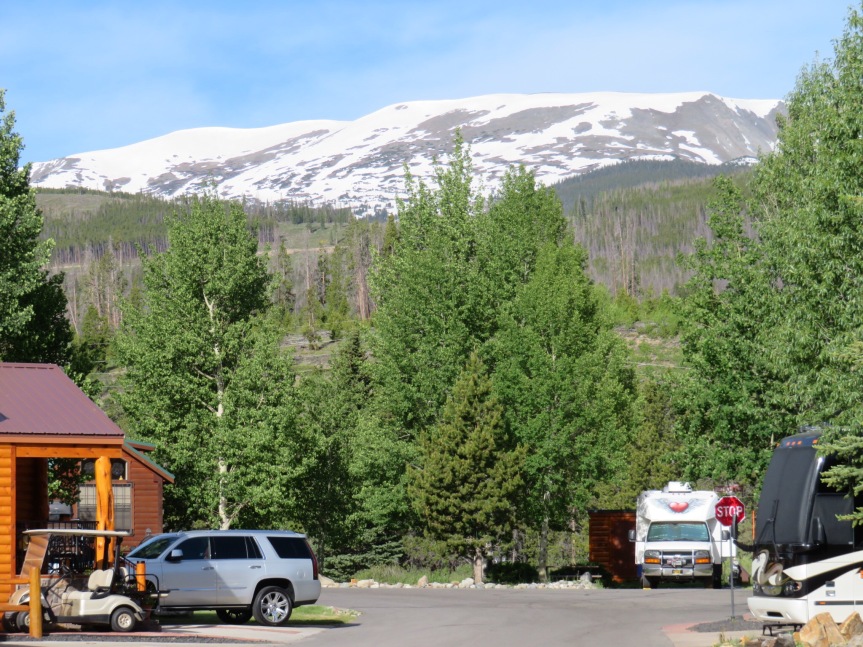 Leisurely closed up shop and basked in the beautiful morning at Rifle Gap watching a chipmunk scour the camp for scraps. PJ took a walk while I played with the tires. The altitude has an effect on the pressure so I dialed them down a few psi. Koda got in a final swim in the lake and we exited the campground and stopped off in town at the City Market and stocked up on groceries. 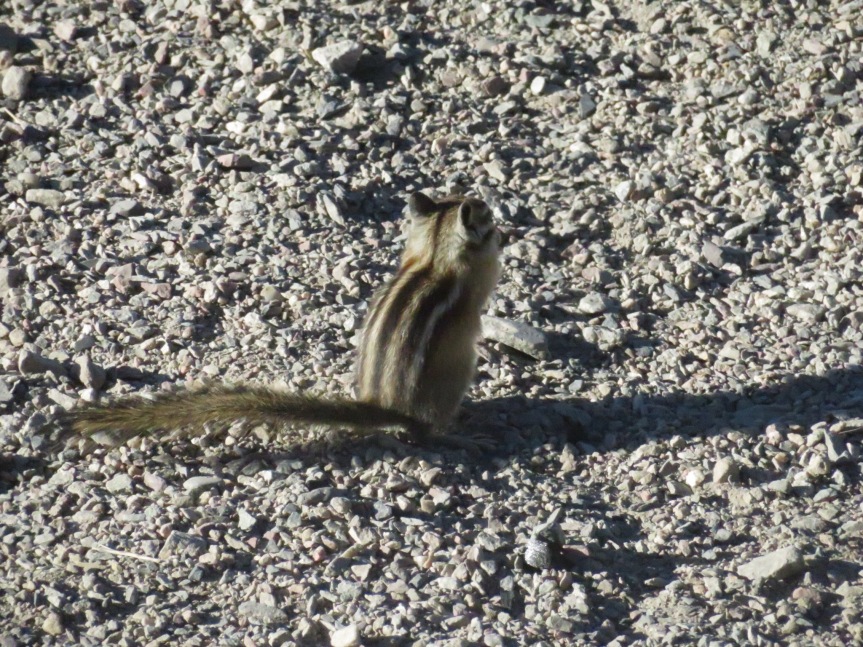 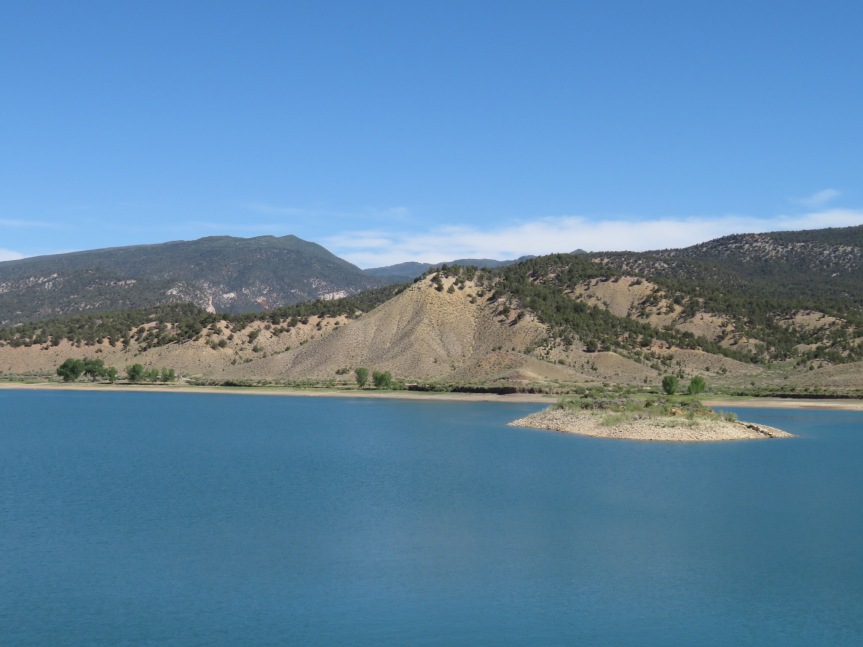 The first portion of the drive was uneventful, we stopped at a rest stop around gypsum and made a bite to eat and gave the dogs a break. Beautiful drive fronting the Eagle River the entire way with the freeway splitting with the westbound half up on another tier above us. Snow covered peaks, pine forest, soaring hawks and rough water with people rafting past. It was an idyllic start to our day’s commute. Then it starting going seriously uphill. 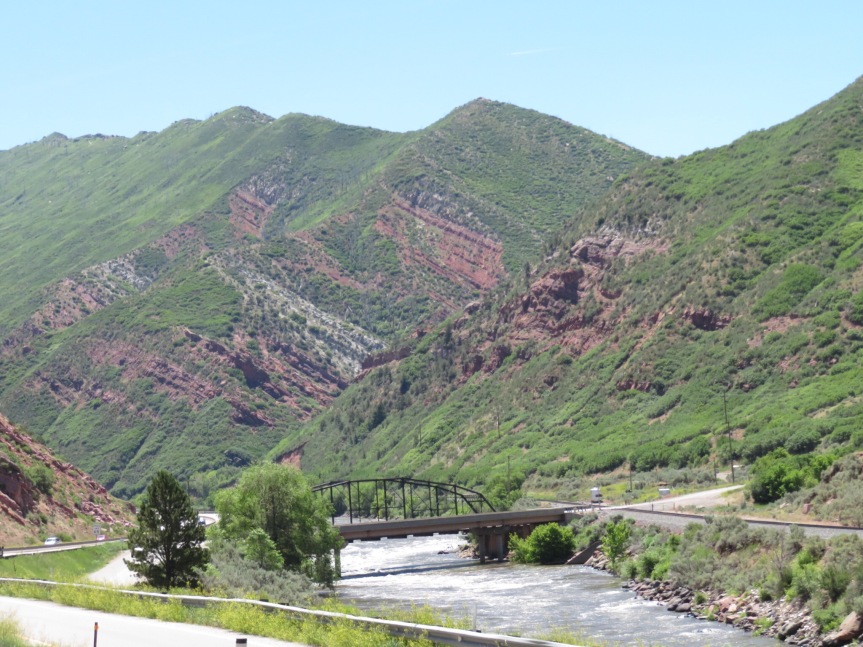 Approaching the ski areas, the road pointed upwards and didn’t give pause until we reached Vail summit at 10,600 feet. No plateaus or false flats to give an engine a rest. It was a grueling trudge getting gnarlier the higher we climbed. The engine never overheated, we had the heater on after it rose past 220 and it backed off 10 degrees. But it was a tough grind and the 6.0 liter Chevy V-8 just lacked the power to pull us confidently up through the mountains. Approaching the summit, we were down to 35 mph flashing our blinkers and listening to the clutch fan whir. But soon we crested the apex and were gratefully going downhill.

Lexi doesn’t coast really well. I don’t know if it’s due to the lowered gear ratios for pulling the motorhome or some other quirk with the drivetrain, but it’s necessary to put the foot to the accelerator a bit even on the downhills unless it’s a steeper grade then she takes off okay.

We were rolling downhill a short while and the temperature dropped nicely to around 190, so I kicked the AC back on and a few minutes later we stalled going down a steep section. I wrestled the RV to the side without power steering and we let the tired old lady have a 25 minute rest. I checked the engine for any service codes and just let it sit. Luckily, they have huge shoulders and there was even a trail over to the bike path that parallels the highway. PJ took the dogs over there and they hung out along the river under the snow covered mountains.

After waiting, we started right up and continued the few short miles left to Breckinridge where we pulled into the Tiger Run resort. Crazy expensive, but this is one RV ‘resort’ that actually Iives up to the moniker. PJ had spoken to one of the office gals earlier on he phone and even though their new system didn’t let her enter us in the computer, she left a message for the other staff to save the spot for us. We were hoping they hadn’t missed it and given the site away.

It was still there for us. I was stoked because I surely didn’t want to push the RV any more that day. They had propane right where we were checking in, so I took advantage and topped that up too. We are in a sizable spot tucked between two log cabins right on a steam with open views of the snow covered mountains right out of our door. We set up and rested. The internet is blazing fast. We caught up on online business and I posted pictures from the past two days in radio free Rifle.

Tiger Resort is about 60% chalets and 40% RV spaces. The cabins are really deluxe. We took a walk and looked at the ones for sale, everywhere from $225,000 to $650,000. In an RV park! Not sure they’ll get that, but the construction is really solid and many of them have decks overhanging the river. Nice pool, gym and large grassy area for the pups.

In the late afternoon, we walked out to the highway and caught the free bus into downtown. Mostly young people, a mix of snowboarder types, hippies and preppie looking rich kids. An animated lot kept the driver checking the action in his rear view mirror. 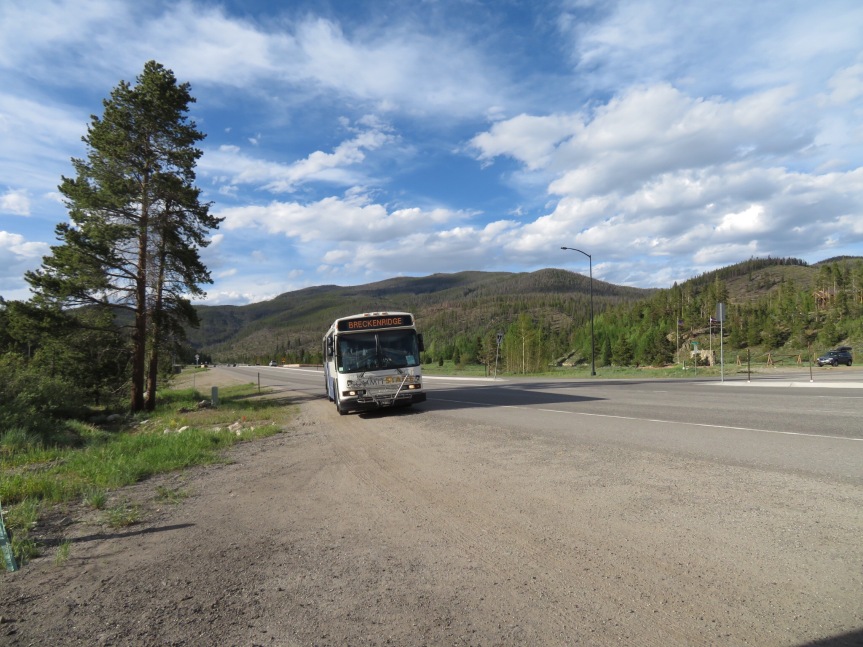 The last stop was the town center and we wandered around the touristy Main Street checking out tourist shops. The majority of businesses are bars, restaurants and tourist type t-shirt and curio stores. My favorite was the jeweler/rock shop that had these amazing, huge geodes with amethyst and other brilliant stones sparkling inside their rock housings. Three to four foot tall geodes and big cross cut layers of beautiful stone polished to a smooth shine. 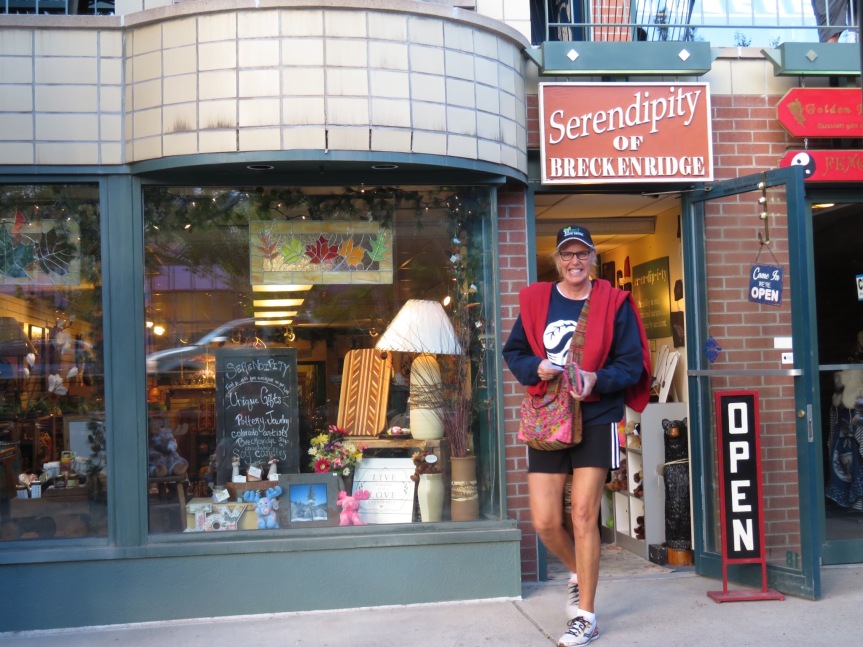 We found an AA meeting a few blocks over that started at 8:00 and tried to find a place to grab a quick bite to eat before hand. We had 40 minutes to go. We settled on Extreme Pizza since they had only a few customers and we could order sandwiches. I mean, how long can a sandwich take? Well Extreme Pizza equals extremely slow and a bit groady. As we sat our long vigil on the patio, we couldn’t help but notice the overflowing trash cans, cigarette butts and the dirty bathroom with toilet paper blowing around the floor. The cool distraction was a family of foxes that were hiding over by an old building across the street. A mother and several kits. PJ got photos and a crowd soon materialized taking selfies with foxes. We had the sandwiches wrapped to go and they handed them over at 8:05 after the meeting had started. 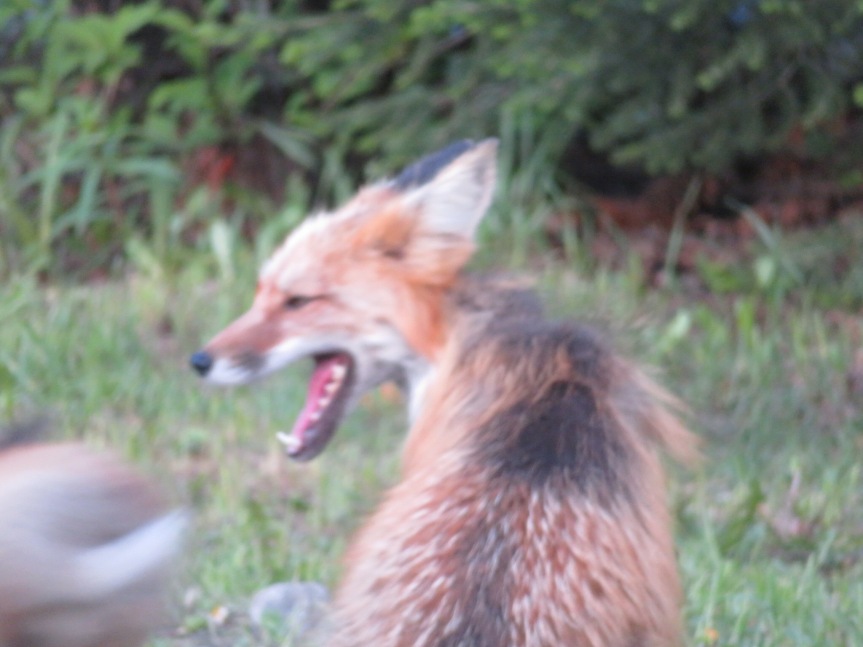 We walked the few blocks, I’d say briskly, buy after a few hundred uphill yards in the 10,000 foot air, the pace slowed a bit. We slipped in a few minutes late but didn’t miss much. A good meeting with a cool mixture of locals and visitors. Talked with a few folks after then summoned an Uber for a quick ride home. Walked the dogs then ate our sandwiches at 10:00. In all fairness to Extreme, the sandwiches were pretty decent. Took advantage of the quality internet and did some online stuff before hitting the sack.