The rain finally let up, so I took advantage of the break and walked on out to the beach. The hiking trail from the campground ended at the beach entrance marked by two palmettos and a bench. I set a brisk pace and hoofed it down to the pier and walked out on the planks checking to see what kind of luck the local fishermen were having. Not much it turned out. A few small waves were teasing the pilings as they slowly rolled onto the shore. I backtracked and strode down the beach in the opposite direction until I had gotten in a full hour. 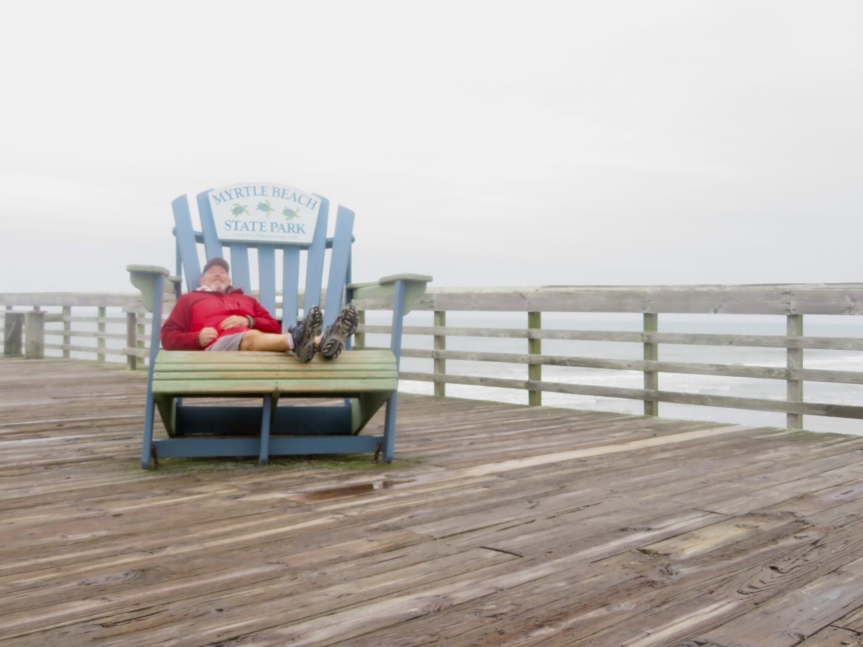 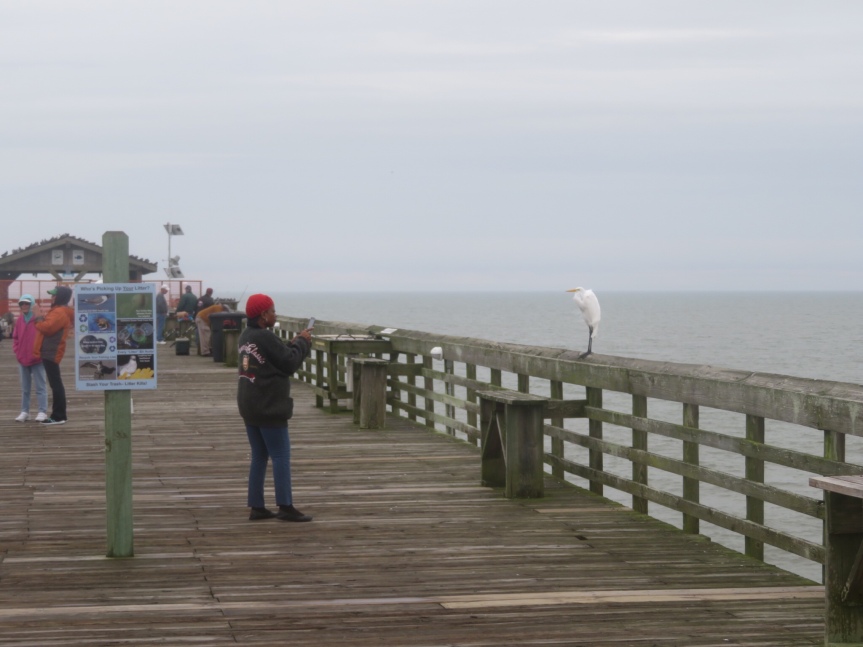 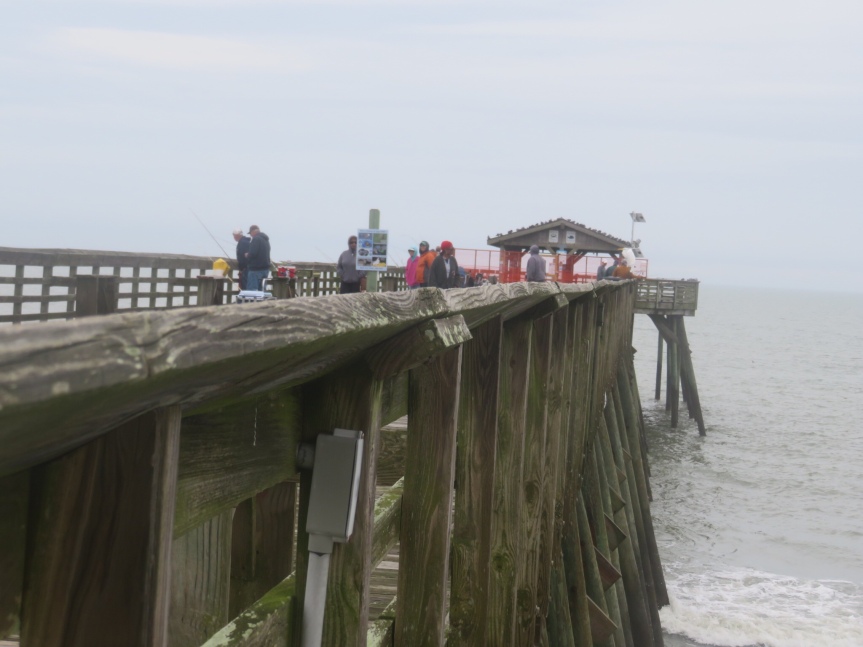 Back at camp, we had some breakfast and discussed possible plans for the upcoming holiday season. A few stray rays of sun were filtering through the clouds so we unloaded the bicycles and pedaled back down to the state beach and got in a short ride. We first tried riding on the beach but the tide had risen just enough to push us up onto some softer sand which made the going a little too arduous. We opted for the boardwalk and zoomed around the lightly populated state beach area. 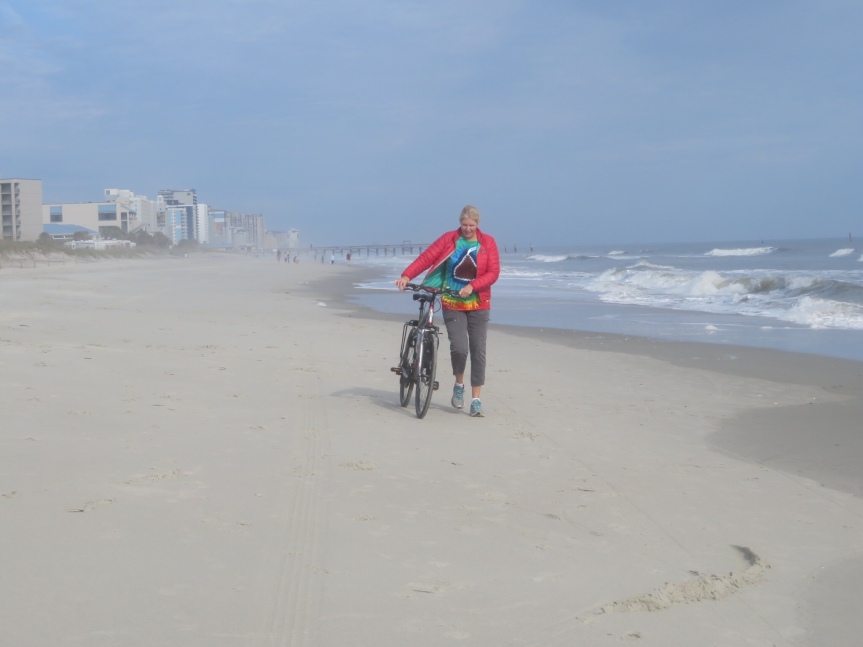 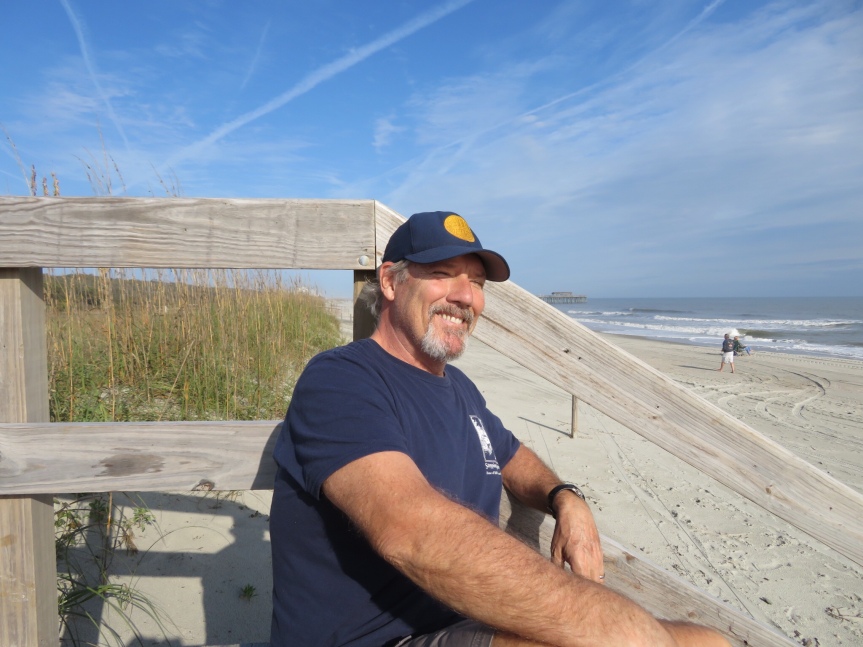 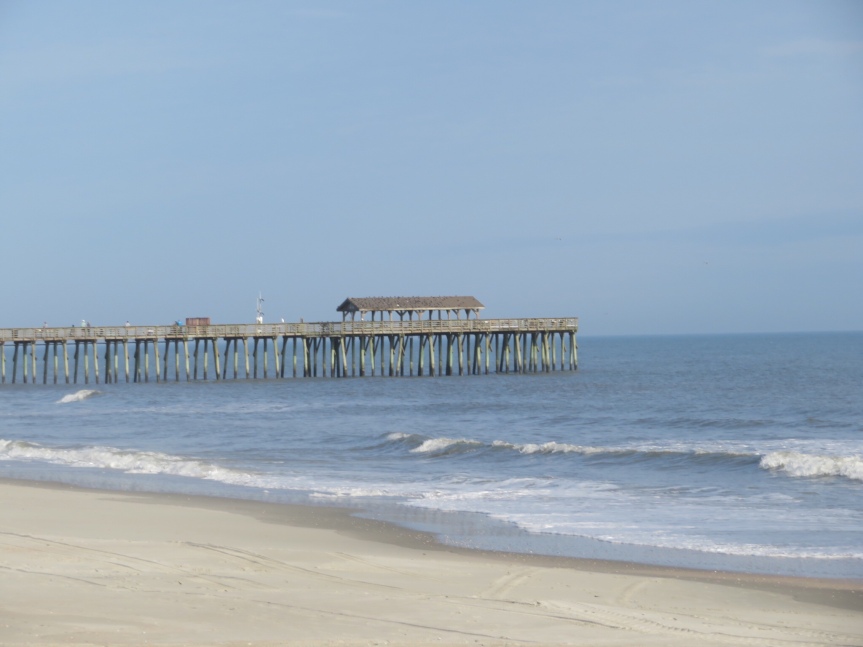 The South Carolina State Parks are offering a half off special for the winter months so we are considering sticking around for the month while PJ flies home to spend Christmas with her mother. There is another state park a short seventeen miles further down the coast that gets rave reviews also so we decided to go for a little field trip to Huntington Beach State Park to see if it has more to offer than Myrtle Beach. The entrance to the park takes you over a large causeway that is a birders paradise. We followed up the road past there and toured the camping area. There are some newer sites with paved spots and full hookups but they are a little closer together. We walked out on the beach and it was a pretty nice stretch of sand. We circled through the older loop which offered larger more private sites but many were lacking sewer which is cool for a week or so but for long term, I wouldn’t want to have to keep disconnecting things and driving over to the dump stations. Things to think about.

On the way out, we parked in the preserve area and walked out on a short observation dock to see what kind of animals we might spot. They claim to have alligators but it’s probably gotten too cold for them to be out. We saw lots of different birds though and also that other odd species known as ‘birders’. In fact, there was probably one of them for every bird we managed to spot. Actually, it was pretty cool – lots of herons, egrets, pelicans, cormorants and more. We walked out along the roadside trails before heading back to the car. Huntington’s cool but I’m not sure South Carolina’s really my prime place to settle in. We’ll see what evolves with this plan. Back to camp, playing with Cali and relaxing in our dark and spooky corner of these near empty woods. 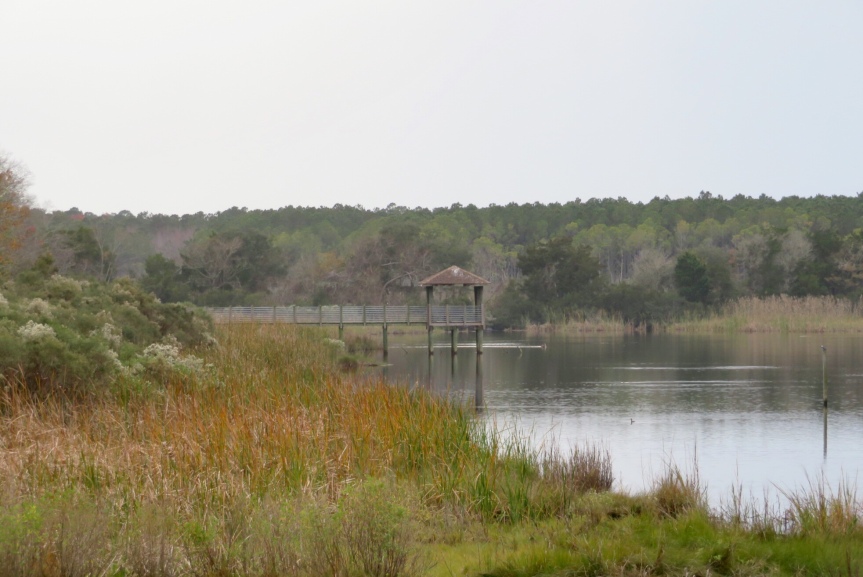 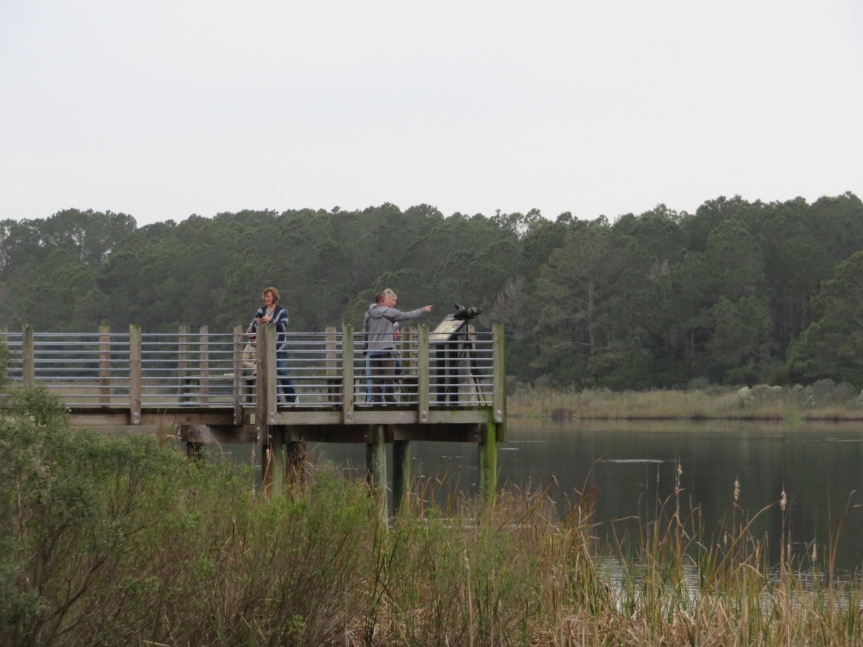