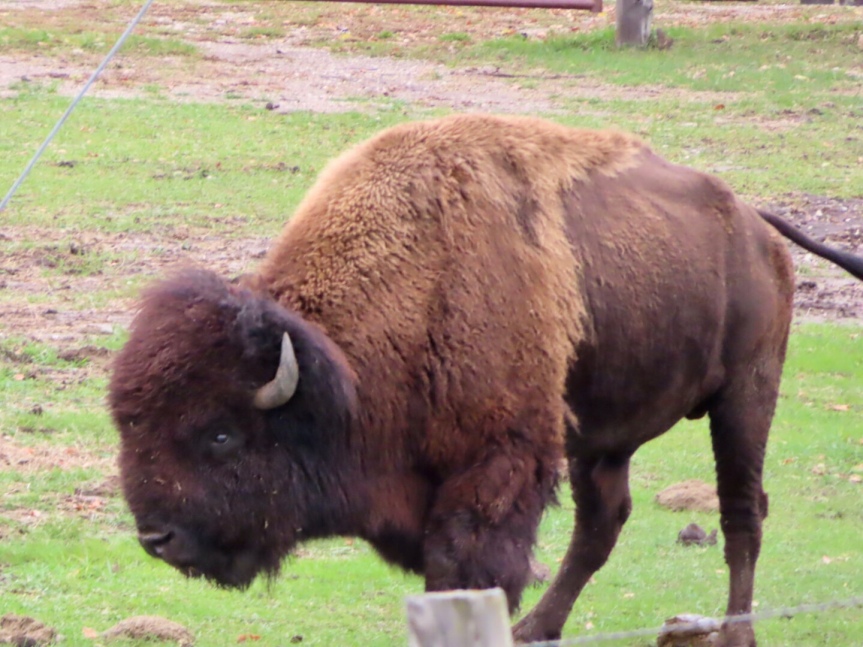 Early exit this morning to drive over to Bismarck, ND. After a brief stop at the post office in Detroit Lakes to mail off my Monster can tabs to get some free gear, we hit the gray, breezy and drizzly highway over to Fargo. We stopped at the visitor center where they have the original wood chipper from the movie Fargo. We had a little break, took a couple of photos then got back on the road. We were greeted with bursts of heavy rain and some of the fiercest wind I’ve yet to face in the RV. 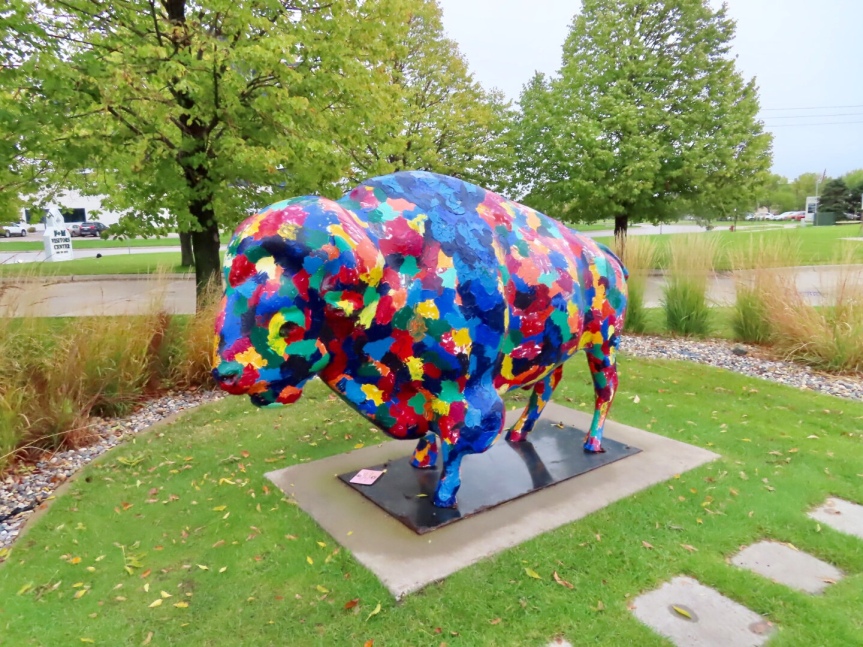 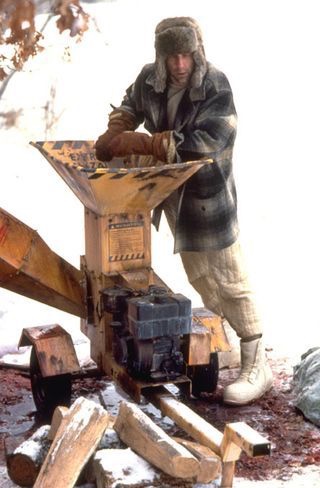 Our next rest stop was at the Buffalo Museum in Jamestown. We wandered around the old western village for a little while checking out the exhibits and climbing around on the old train cars. PJ got herself a train ticket and was looking to ride out on the rails. But not before a game of ten card stud and a shot of whiskey in the saloon. My fate wasn’t as rosy. Seems the sheriff that’s been doggin’ my trail finally caught up with the aging outlaw and put him in a pine box. 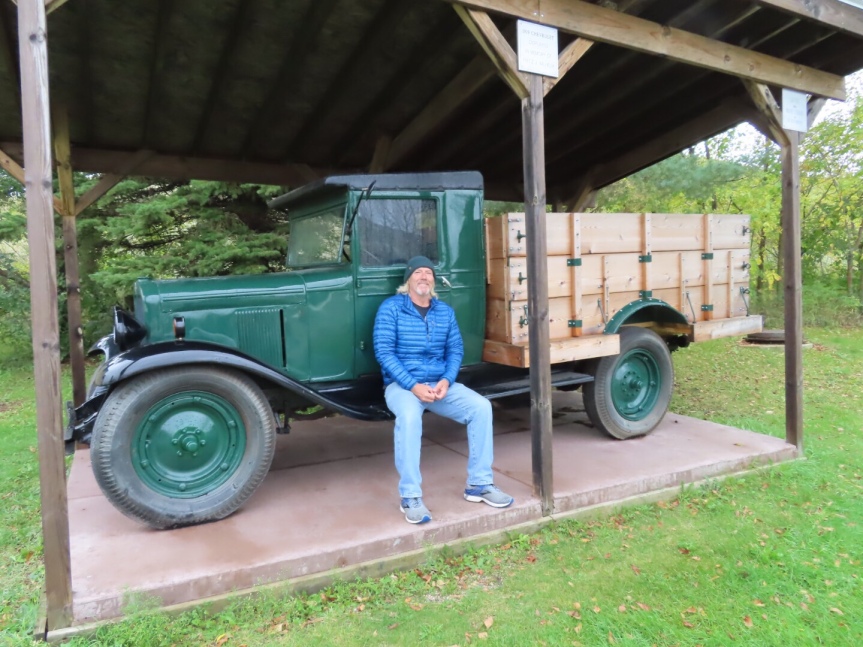 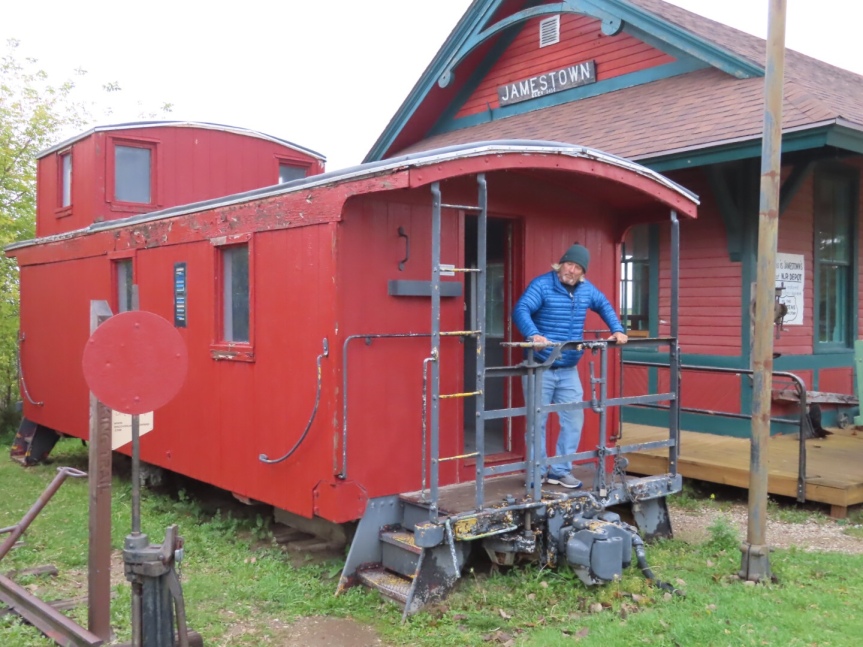 We walked over to the Buffalo Museum and watched a short video on the history of the bison in the old west. From massive herds, to massive slaughter, to near extinction they covered the recent successes in bringing them back to parts of the west. We wandered the exhibits and learned about the natural history of the prairie states. After exiting through the gift shop, we headed out to hunt down some of the buffalo that they have on the grounds.

No visit to Jamestown would be complete without a stop at the giant buffalo. We looked him over from head to toe then found a few of the real McCoys and got to see the bison up close. Cali was unimpressed and just wanted to run back to the RV and get to moving down the road. 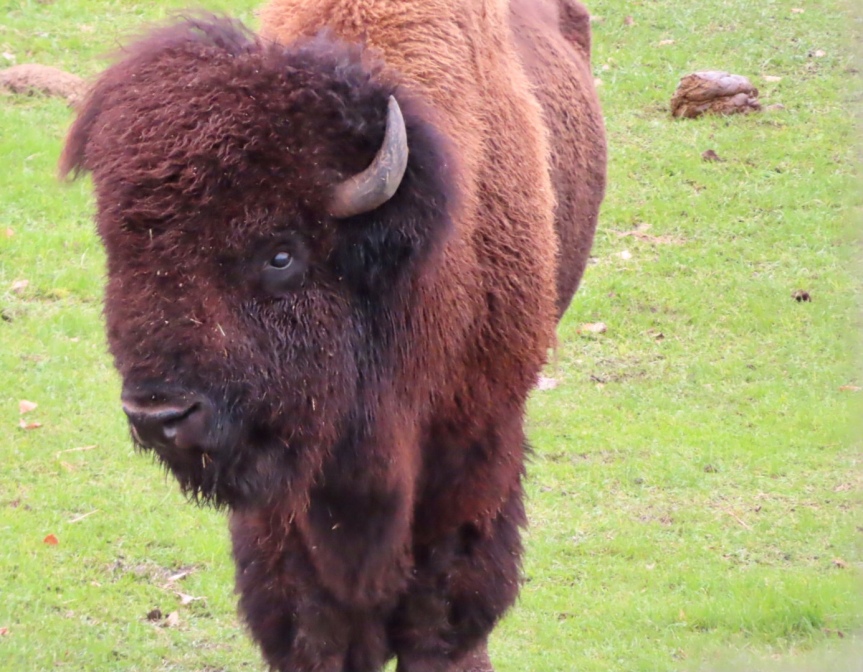 We had one more potty break planned an hour or so further down the pike at Sandy, the world’s largest sand hill crane. For PJ and I, the funky sheet metal bird wasn’t all that special but for some reason, this was Cali’s favorite stop. She must have snuck one of the Monster energy drinks out of the fridge when I wasn’t looking because she was just ripping around the grassy field where the big fowl was on display. We enjoyed it as much as she did. From there, it was a few short miles down to the one night stop we had lined up in Bismarck. With all of our goofing around, it was close to six when we showed up. 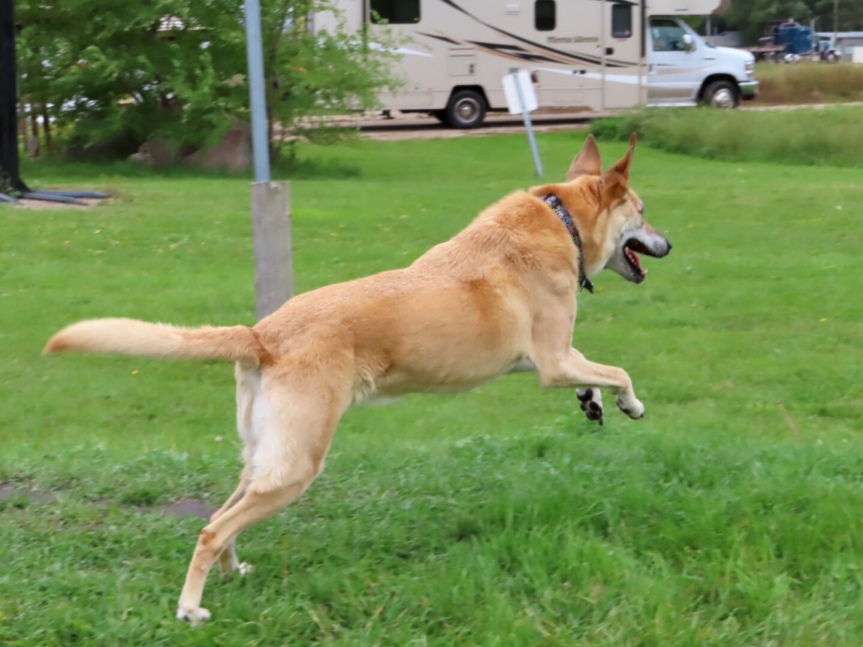 One thought on “Buffaloed”