My commute today wasn’t going to be that intensive so I was able to lolligag and go tranquility about my morning getting ready to shuttle myself along the Sinaloa coast to the south. My neighbor, Jorge, came by to say adios as he and his wife set out for a four day road trip to explore some inland locales. After all of my internal angst over his music yesterday, I had only to wait and I would have had the entire front area for myself. Providence had other plans to keep me moving on down the autopista. 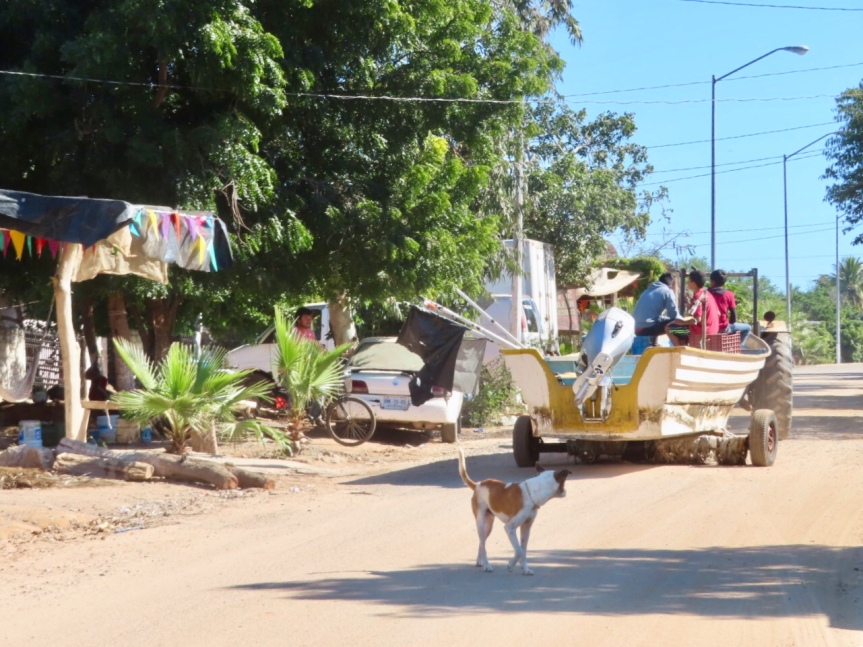 I was out by ten and had an easy drive down the 15. The seemingly unavoidable presence of potholes accompanied me for half of the ride until I reached the outskirts of Mazatlan where the toll road changed to concrete. I took the turn off into the outside of town to load up the pantry at the Mazatlan Walmart. I stocked up on canned dog food and some other basics then turned back out to the highway for the final half hour into Isla de la Piedra, Stone Island. 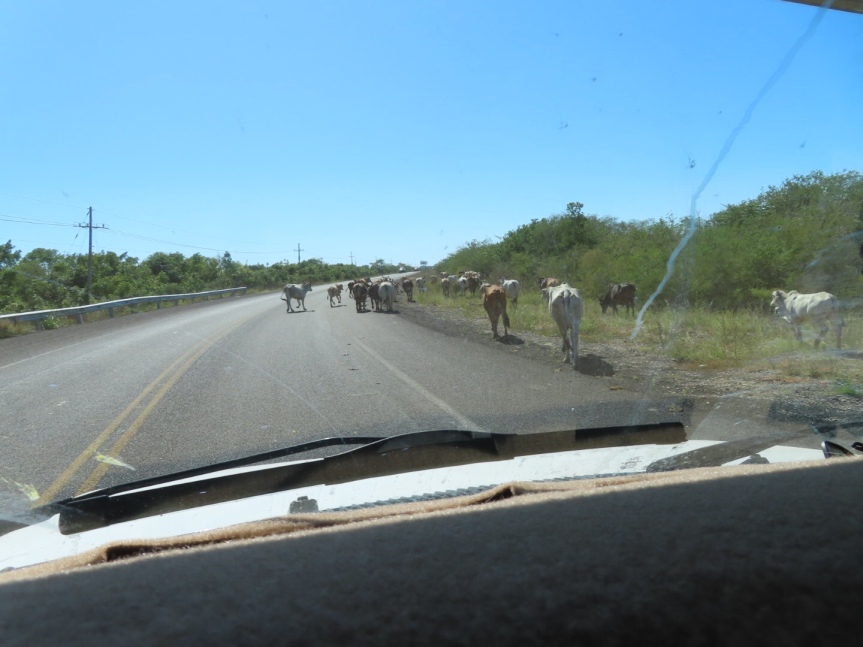 Stone Island is not really an island but a small peninsula on the other side of the harbor from Mazatlan. To get to the city, it is either a 40 minute drive or a five minute ferry across the port. Jose set me up with a tight spot in RV lot #2 and I figured it will do for a few days to visit Mazatlan. I leveled up and then took Cali out for a walk on the beach. She enjoyed being loose and getting her little patitas wet. An Eddie look alike came by to check us out then promptly began rolling and rubbing himself in the ever present horseshit that teems along the beaches and every road way in Isla Piedra. 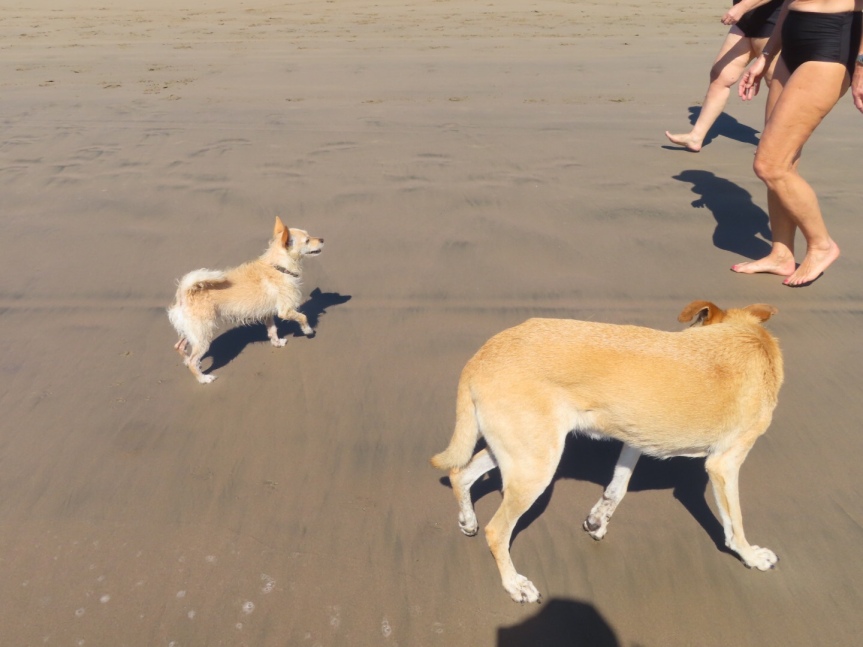 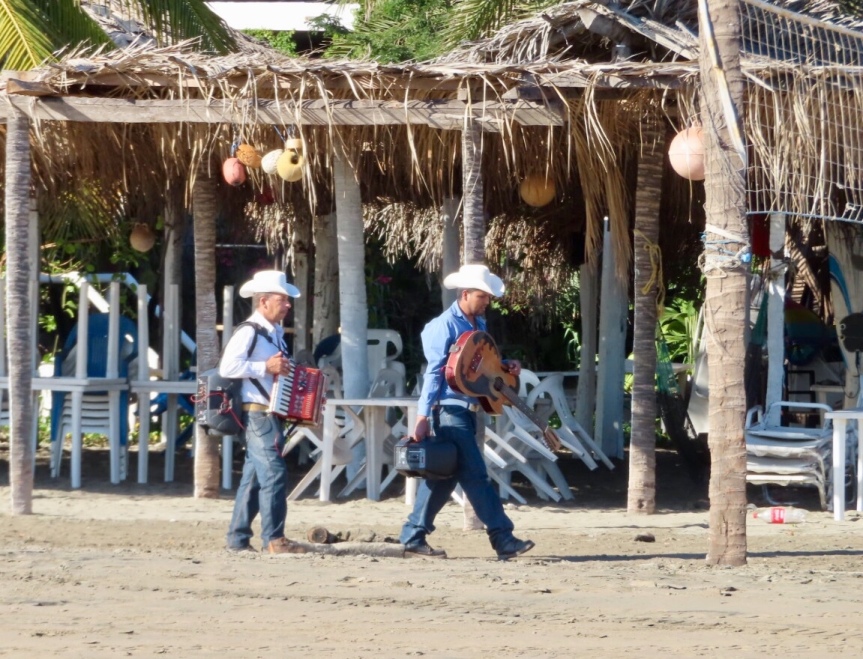 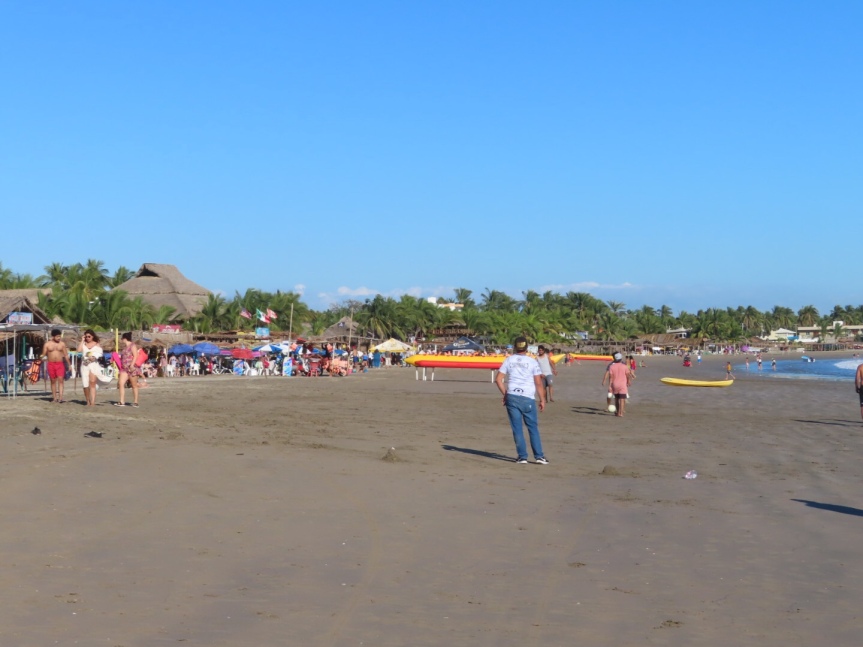 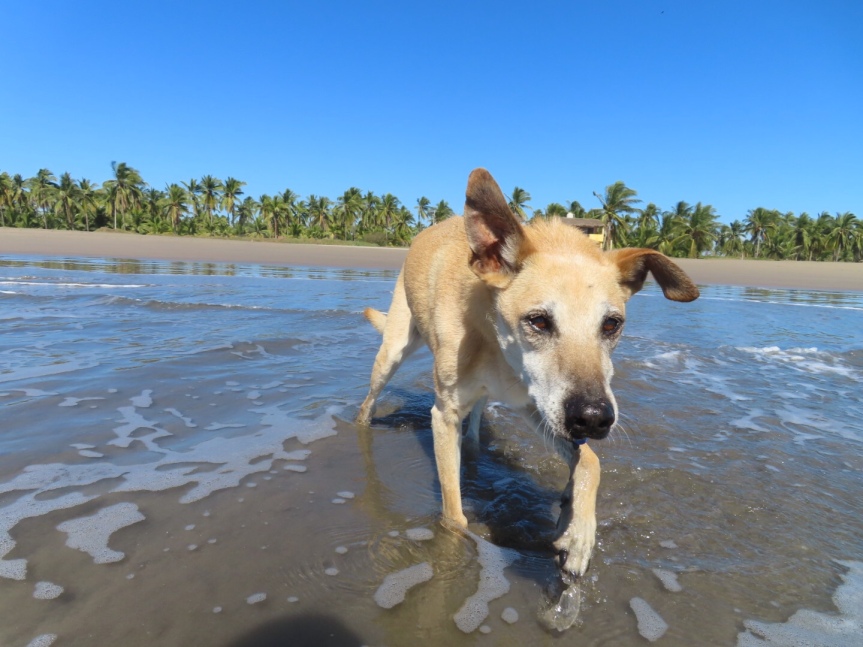 After lounging around camp a bit, I got restless and decided to go for a run into downtown Mazatlan and grab a few items in the mercado central, or central market. I walked over to the ferry landing and hopped right on a panga that was setting out to cross the bay. It dropped us at the little terminal where a collection of pulmonias was waiting to shuttle us around.

I hopped in one and for a couple of bucks he bumped and jostled our way through the maze of traffic to let me off at the central market, a large city block all under on big roof. Anything you need, you can find it here. I walked past the clothing and chotskes to peruse the vegetable aisles and buy some honey and chia seeds. A liter ( two pounds) of honey $2.40 and bag of chia for a buck. 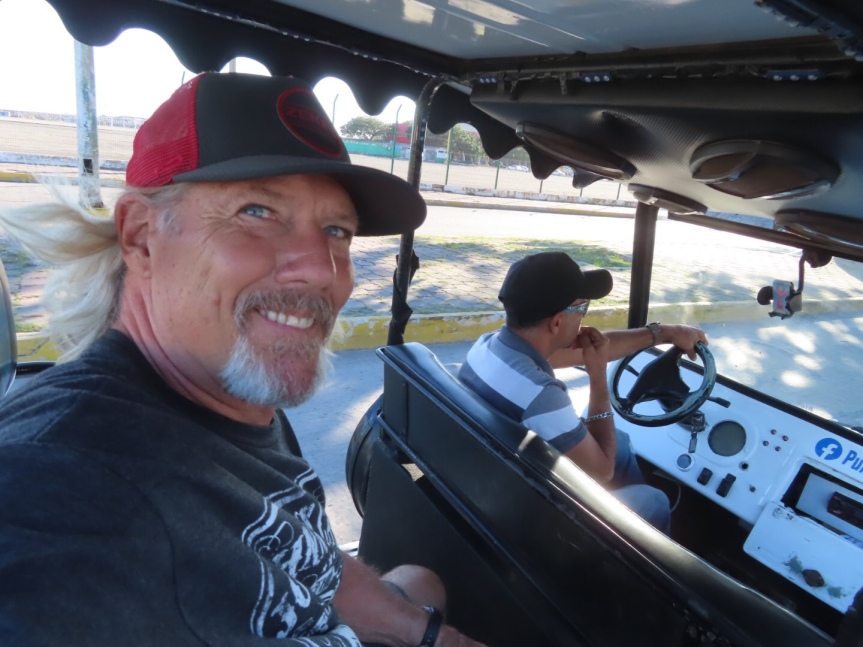 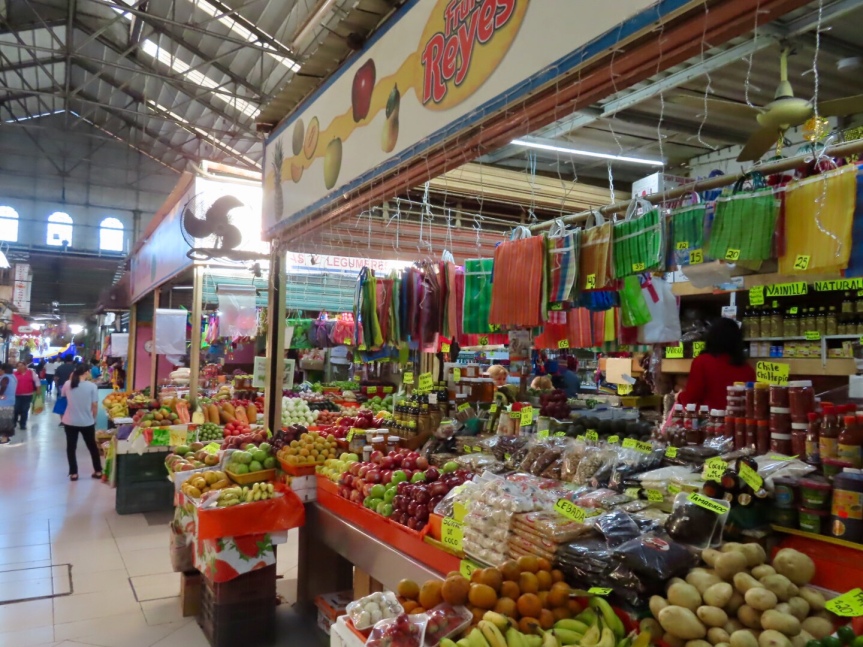 I picked up a half pound of machaca at one of the meat stalls to scramble in with my eggs. Machaca is a spiced, dried, shredded beef that was used in the olden days as a means of preservation. It’s that stringy beef you find in taquitos and sometimes solo in burritos, but most gringos are familiar with it cooked with eggs and peppers. I wandered about just enjoying the energy of the throngs shopping in the centro.

I walked a few blocks down to the basilica and sat for a few minutes in a pew getting quiet. Amazing how just a few steps in from the roiling, seething traffic brings you into a center of calm and peace. I strolled through the neighboring park then waved down a pulmonia to take me back to the port. There is another set of ferries that leave from deeper into the harbor. My driver let me off there. 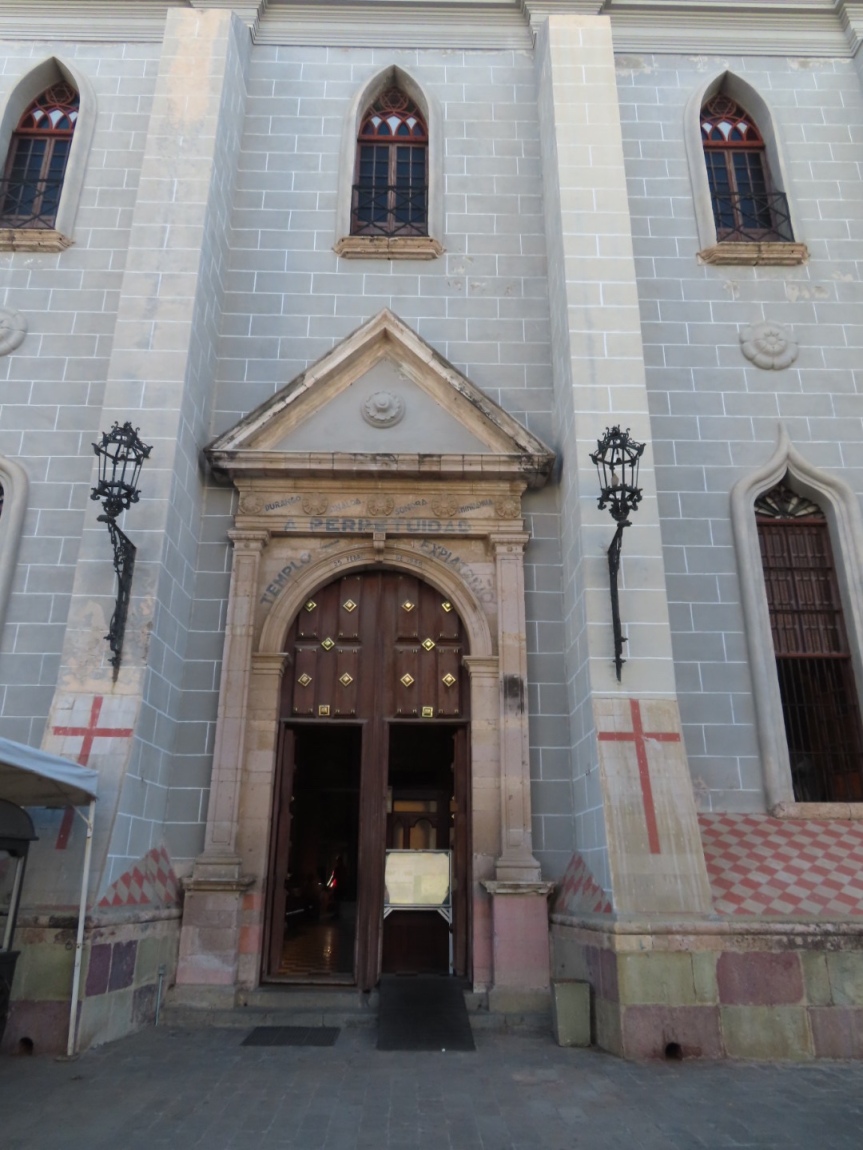 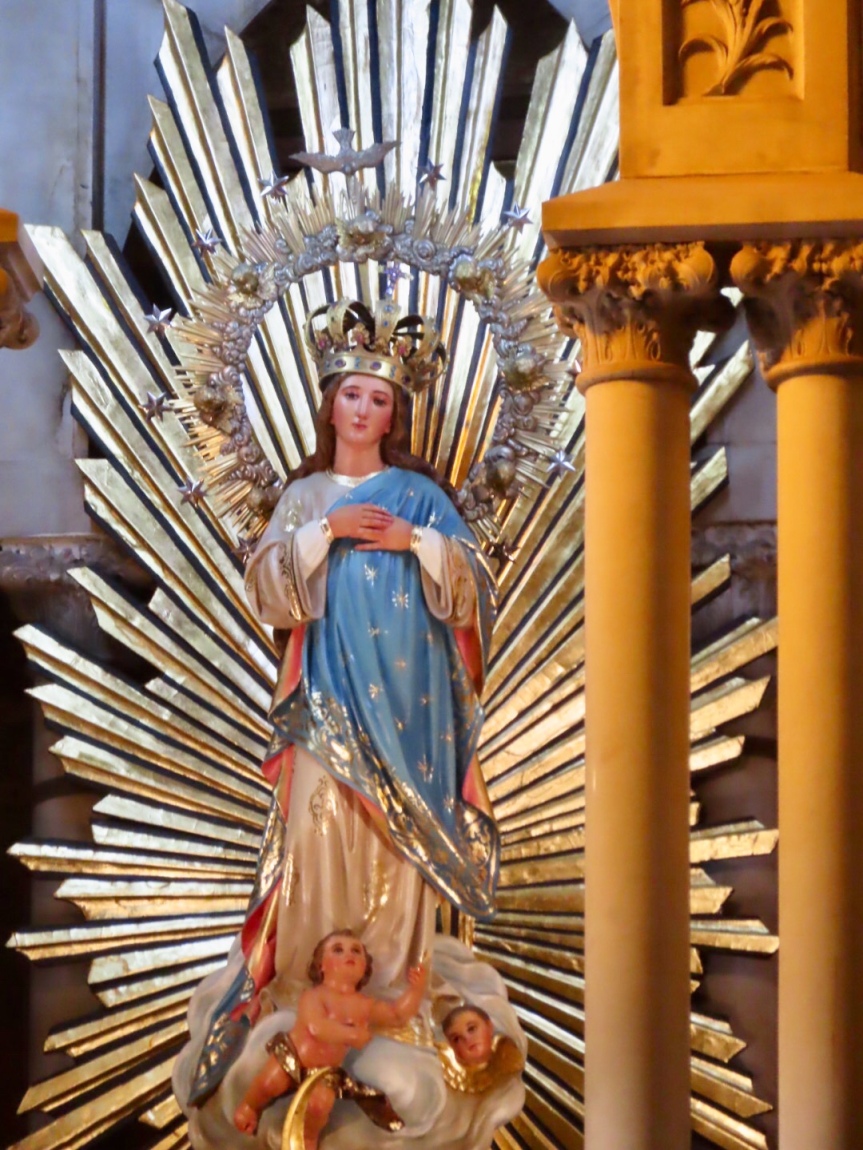 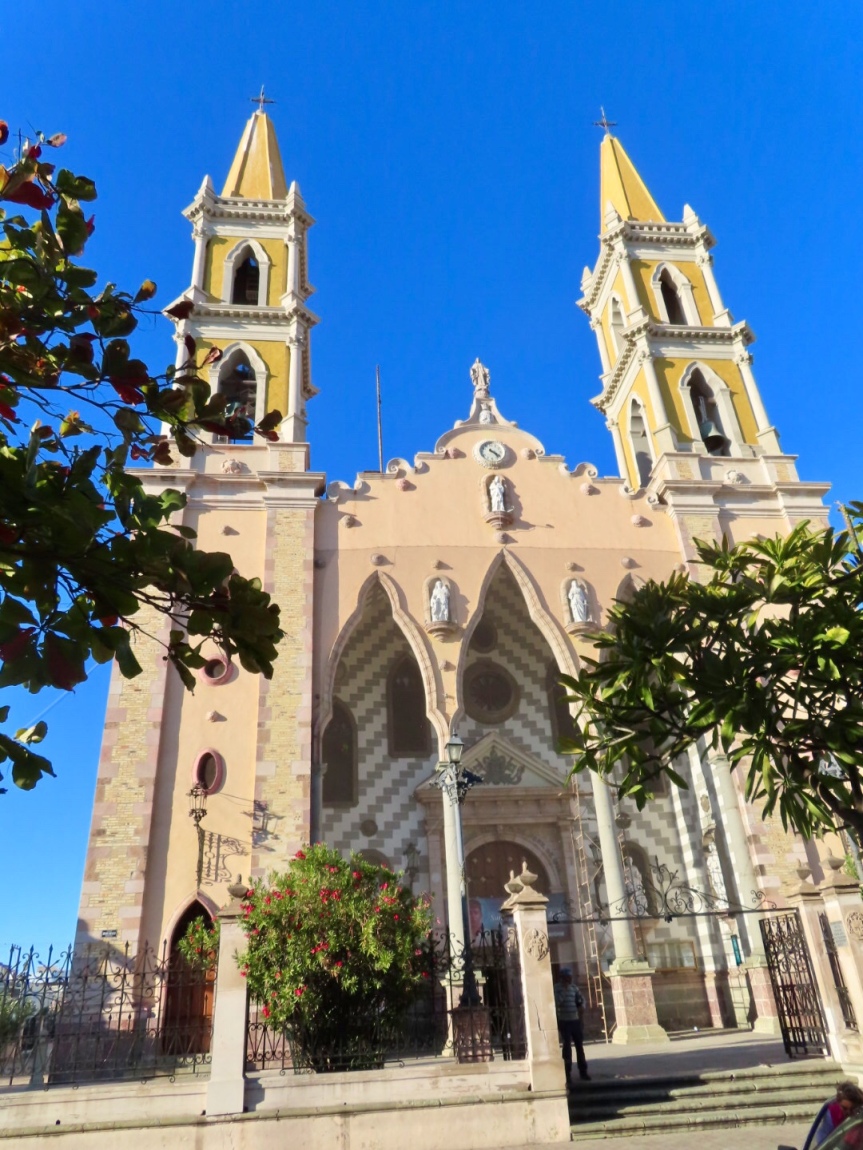 It was an easy crossing but it deposited me about a half mile inland from the beach. I hoofed it through the local neighborhood checking things out. I came out near the fishing cooperative then finally arrived at the beach area. An easy stroll along the sand brought me to my camp as the sun settled comfortably behind the rocky hillock that marks the entrance to the harbor. 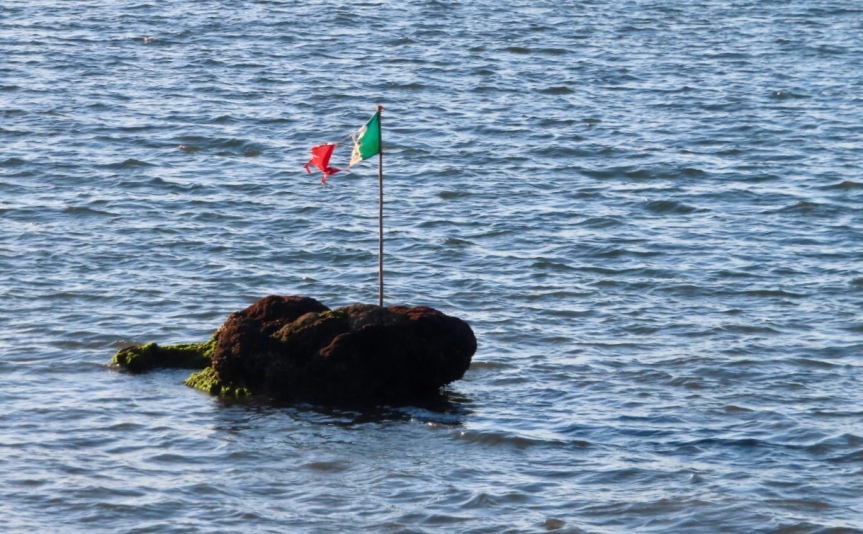 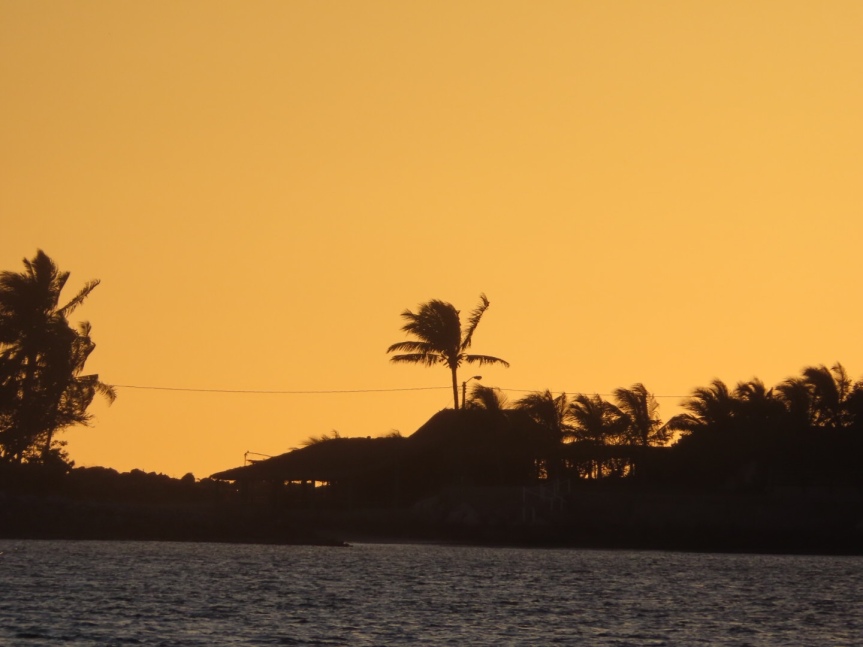 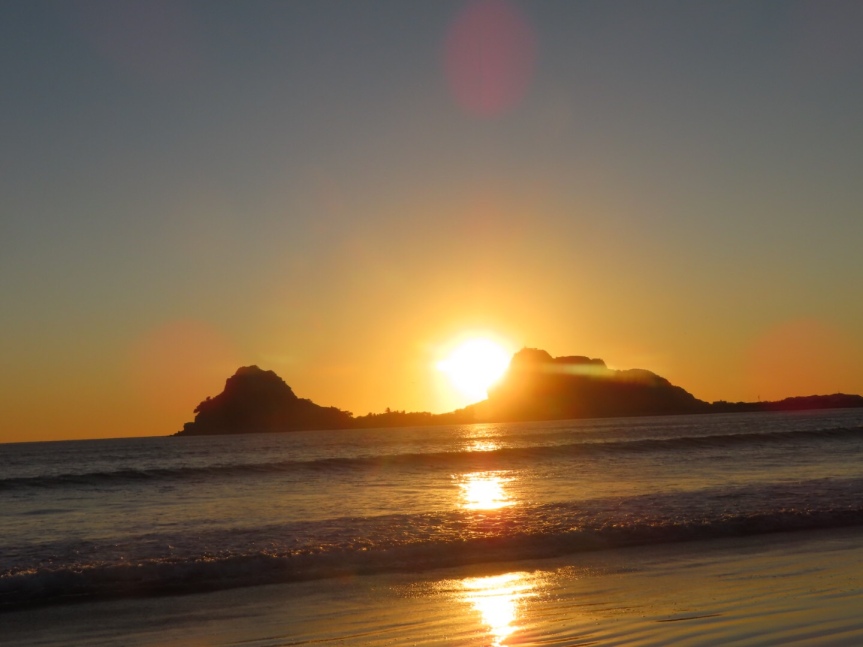