We were up early getting our gear packed and cleaning up the room. Went downstairs and said our farewells to Sharissa as she was heading off to yoga. We took the dogs for a final team walk through the neighborhood. The pooches all seemed to enjoy the outing as did I. Wind was up today, but the air was still warm and comfortable. 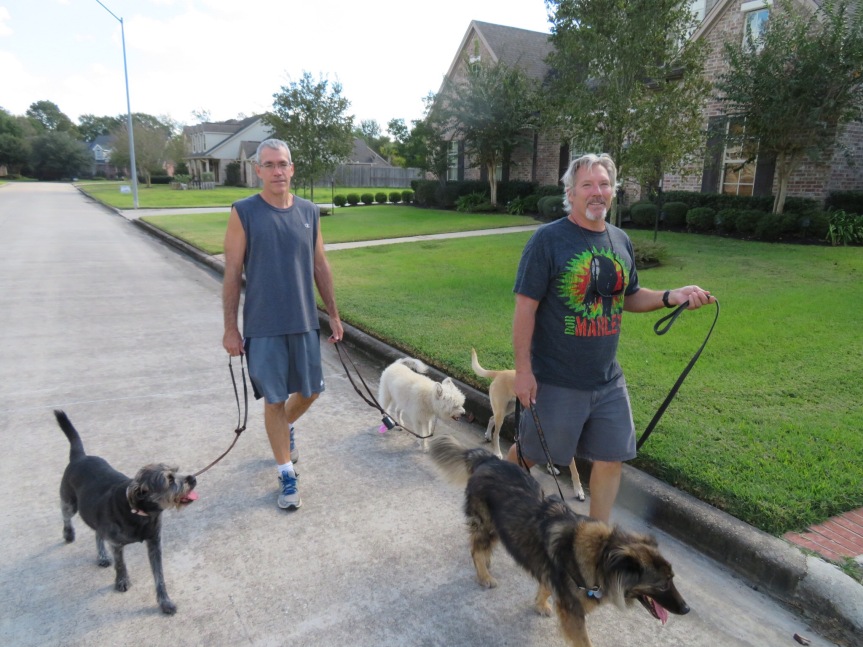 Finished loading up the RV, checking the air pressure and giving Lexi a final walk around. Said goodbye to Chuck and rolled on out of the driveway. Thanks again Chuck and Sharissa for a relaxing and enjoyable visit. It was really great to see you guys again. Hopefully we’ll be meeting up again soon.
We made it as far as the H E B grocery store and PJ did a big shop. She also had to get a money order to pay a bill from back in California. It took quite a while getting everything accomplished. The drive down to the beach was nice and easy with little traffic. The wind was a challenge at times but down at the shore it eased up a bit. We stopped as soon as we reached the gulf and let the dogs have another walk on the beach. 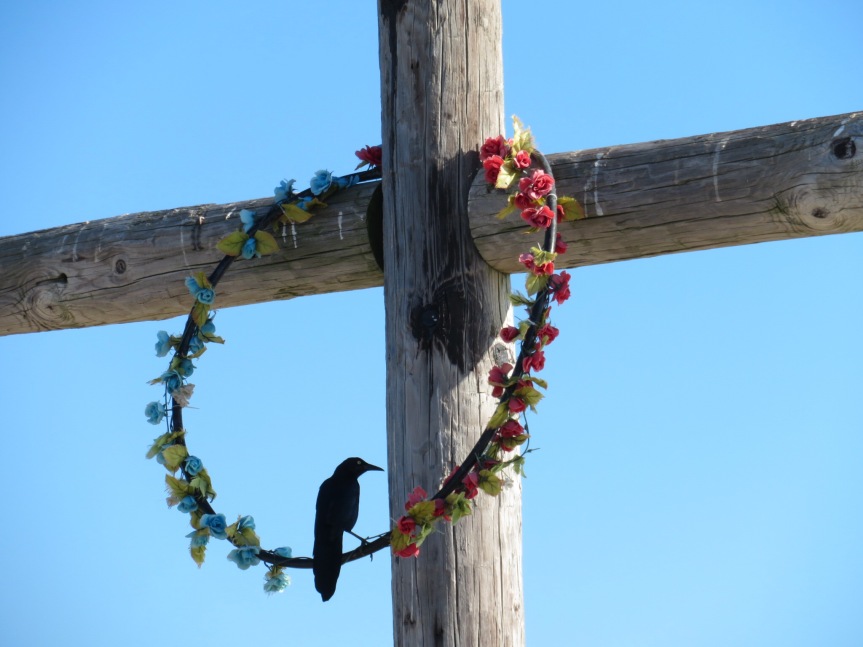 I was keeping an eye out for Meacom’s pier because Jarrod always talked about surfing there, but it escaped me. I saw nothing but houses high up on stilts as we cruised along the Bolivar Peninsula. 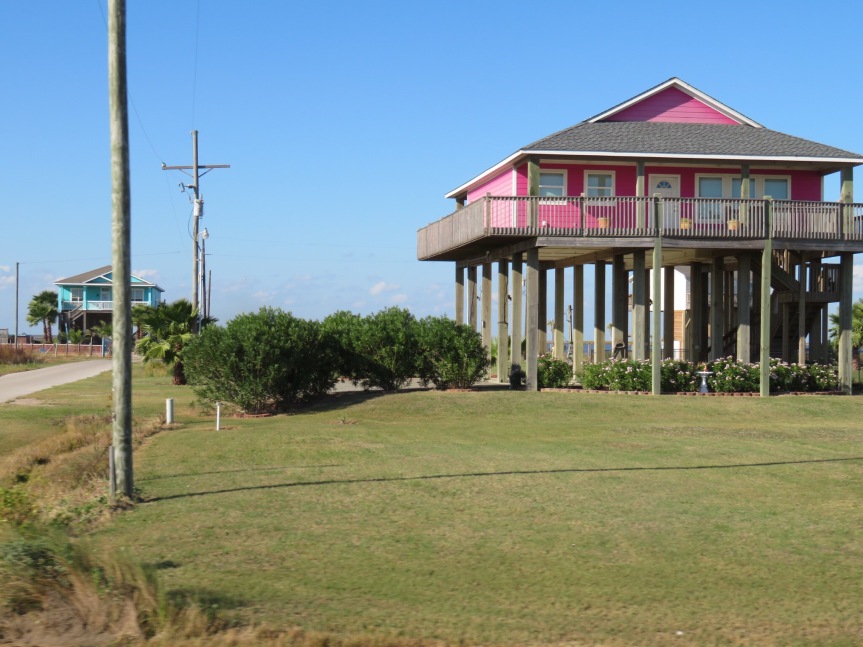 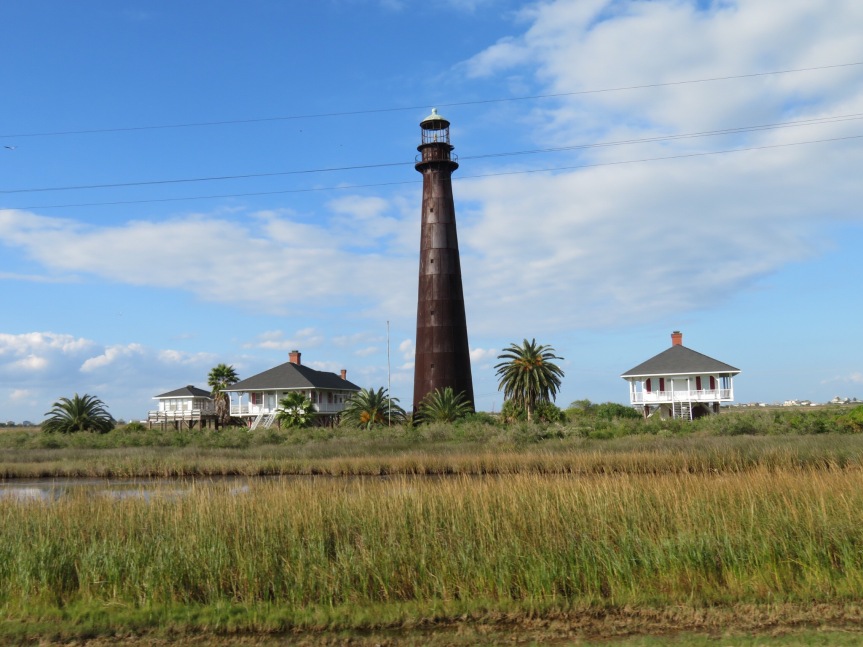 The afternoon snuck up on us and the sun was already getting low in the sky when we reached the ferry across to Galveston. Quick and painless crossing with a fairly full boatload of travelers. PJ decided she wanted to do some driving, so we switched out in Galveston and she drove us the rest of the way to Surfside Beach. 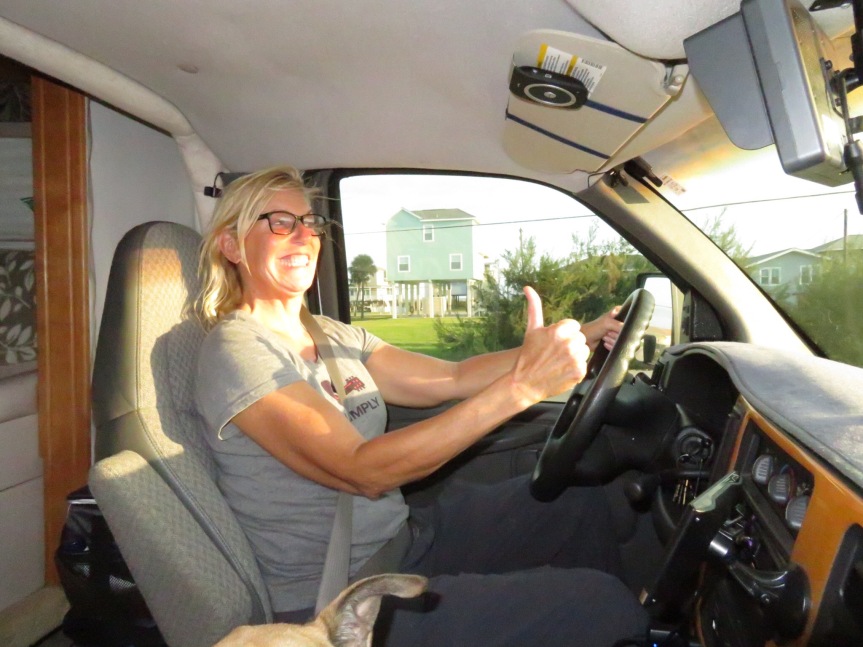 We arrived at Beachfront RV right at sunset and got an o.k. site a few spots back from the beach. Everything seemed good until the dogs started coming up lame with paws full of stickers. They are everywhere. We put out the large rugs to help keep them off the grass. We brought them out on the beach instead and walked along the water’s edge in the twilight and let them get a walk in.

Heated up leftover pizza from last night and took it easy hanging out in the RV. Looks like it will be an early night and then we’ll figure out what’s next in the a.m.

One thought on “On to Surfside Beach”