We had our first real frost Halloween morning as we packed up camp and closed out the season at Fisherman’s Memorial. PJ went on ahead for a couple of Dr. appts and I swung by the Planet Fitness in Kingston and took my time working out and showering. In the afternoon, I grabbed a few groceries and met back up with PJ at her mom’s house. We had a laid back night visiting with Carole and cooking up some flounder. A surprisingly busy flow of trick or treaters came calling nearly running us out of candy. Lots of families roaming around in large groups having as much fun as the kids as they oversaw the little ghosts and princesses as they arrived at the door for their peanut butter cups. Our groaning skulls kept them on their toes as we filled their bags. 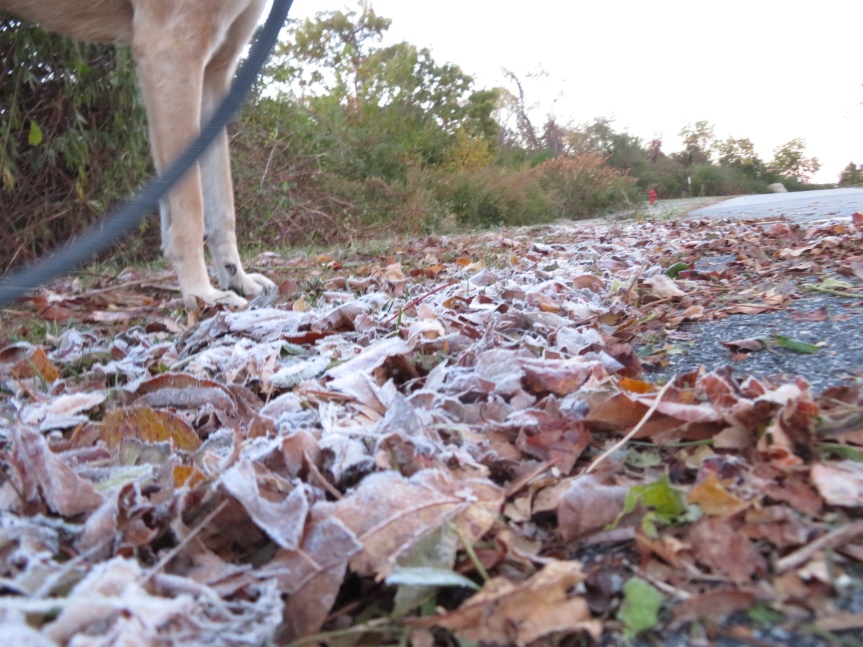 Thursday, we hit our home group at Pilgrim Lutheran to see our friends and get a morning dose of AA. We spent most of the day tightening things up around the house in preparation for winter. PJ took down some outside lights while I pumped off a bit of the excess water that had collected on the pool cover after the recent rains. We did a few errands for Carole then joined her for the habitual nightly viewing of Wheel of Fortune. 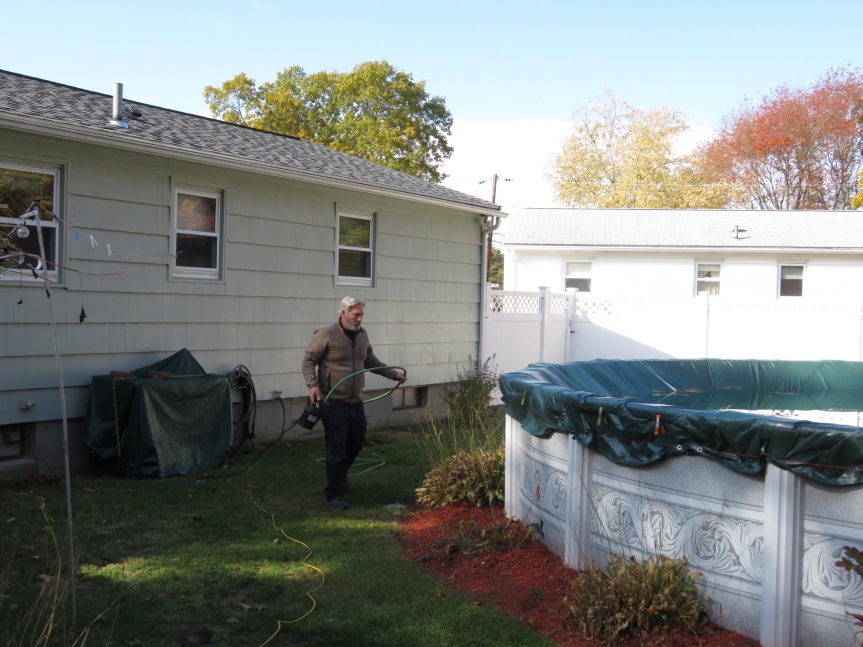 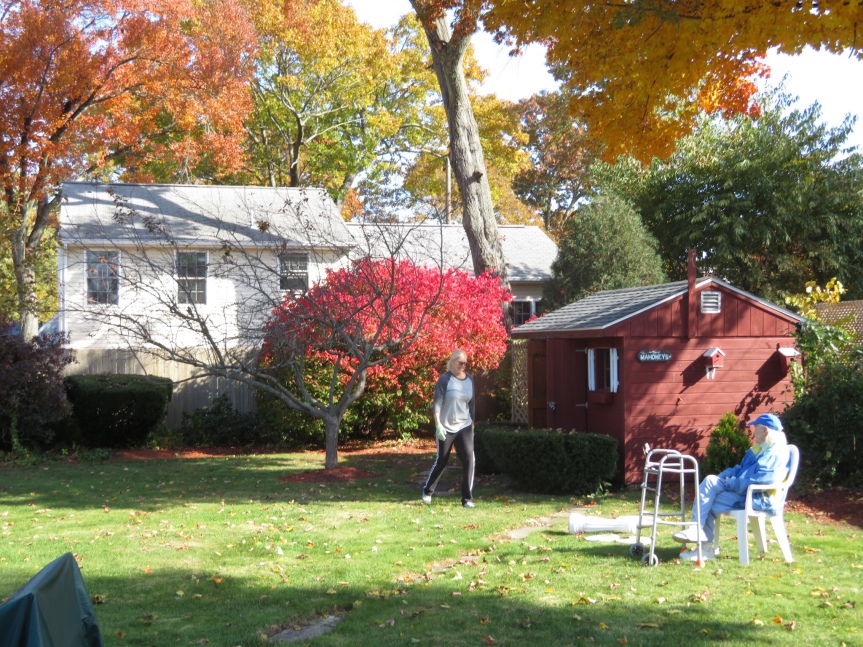 Today we were up early taking care of some paperwork for the vehicle and filling in my annual selections for my health insurance that needs to get sent in by the deadline. We hit the Keep it Simple meeting at 10:00. Full house today, Friday’s seem to draw a bigger crowd than the rest of the weekdays. Afterwards, PJ took Carole to the doctor for a routine check up. While she was off doing that, my friend Cliff came by and we headed into Providence for lunch. First, we stopped by the VA so he could get a test done then we drove into Smith Hill and had lunch at an old school diner in the vintage neighborhood. 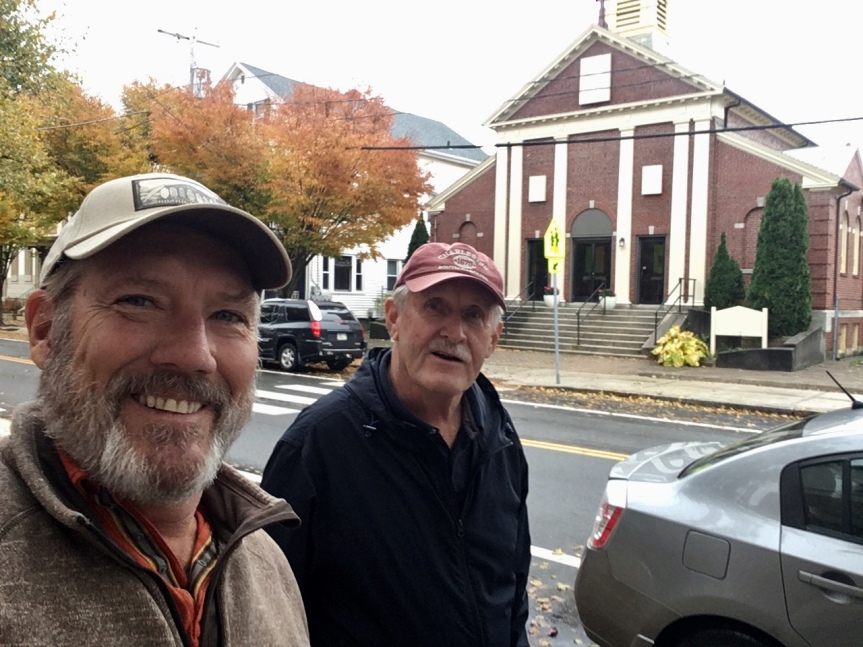 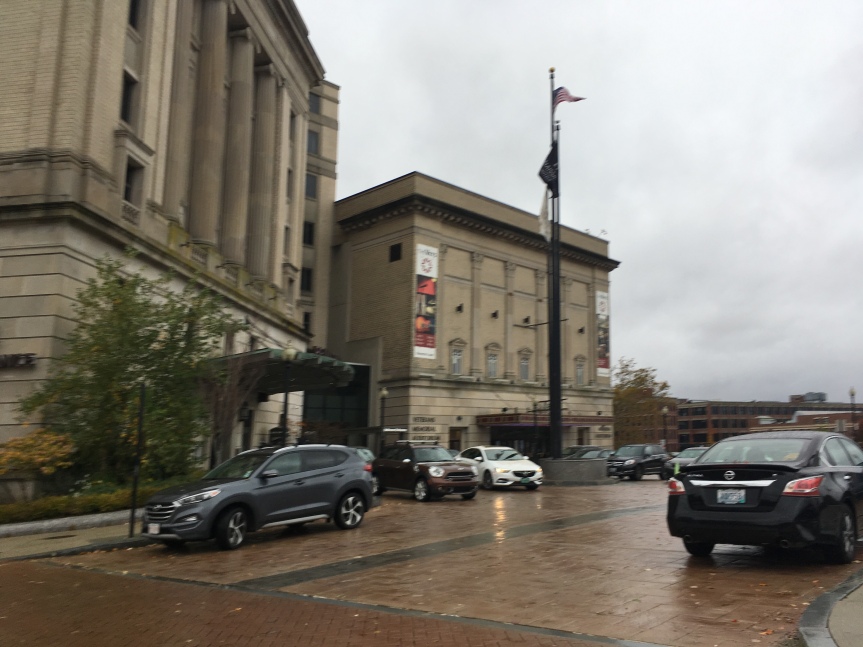 My food was decent but Cliff’s fish didn’t pass quality control. It is always interesting exploring some new corner of the city. Even better when Cliff is picking up the tab. Thanks for the meatball parmigiana sub, my brother. The old church across the street that a friend of ours attended growing up has reopened as a Spanish speaking 7th Day Adventist. I took some pictures to show her as the rain softly began to fall. We piled in the car and headed back to Warwick where I had a packet of bills from California to see to. Had a peaceful hour or so solo until PJ and mom returned from the doctor. PJ and I took a spin to drop some mail at the little post office by Conimicut and to grab some dinner at Dave’s. Another routine night at the Mahoney house. 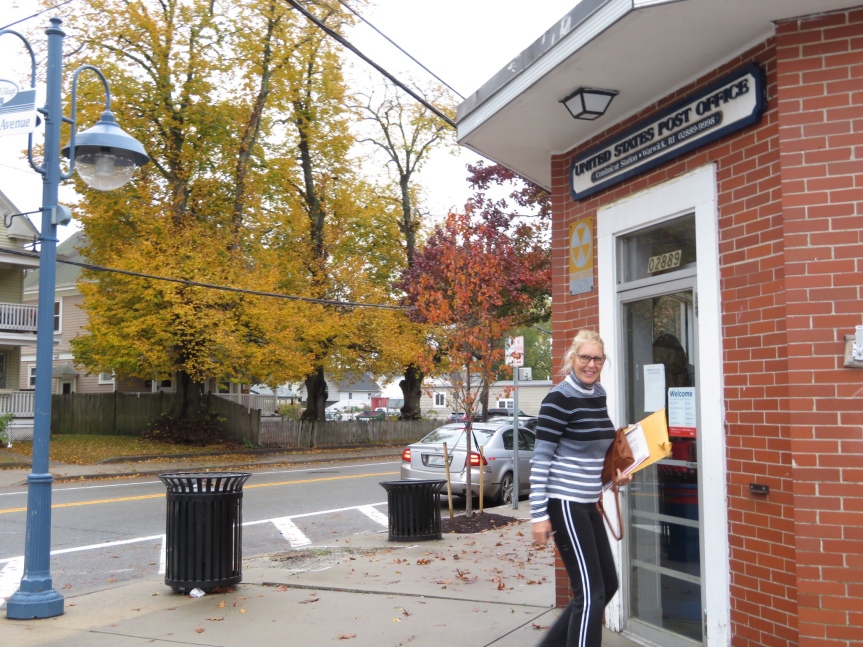