We were in no hurry to get moving this day. Tom’s Cove is one of the rare campgrounds that actually provides a reasonable enough check out time that allows for a leisurely exit. A 4:00 pm check out, that’s a new one on me. After touring the hound endlessly around the park to no avail, I tossed her in the car and we ran into town to do some errands. Cali panted in the backseat and steamed up the windows while I had a couple of more keys made at the Ace Hardware, picked up a replacement bulb for the porch light and bought a battery for the key fob. Then we found the Island grocers over on Cleveland Street and picked up some supplies. 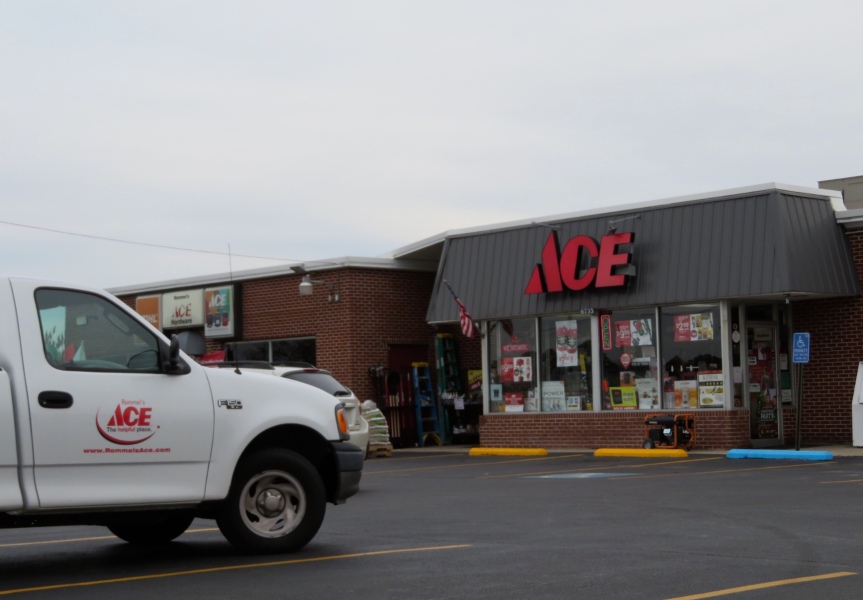 PJ was finishing up her shower when we got back then we had breakfast before packing everything up and heading down the peninsula to cross over to the mainland part of Virginia. The Chesapeake Bay Bridge-Tunnel is a marvel that spans 23 miles of the Chesapeake Bay including two one mile long tunnels that drop beneath the sea to allow avenues for ship traffic. Driving underneath the bay is pretty exciting especially considering that this whole complex was built back in 1964. That’s something like 54 years old! I’d hate to see it spring a leak. 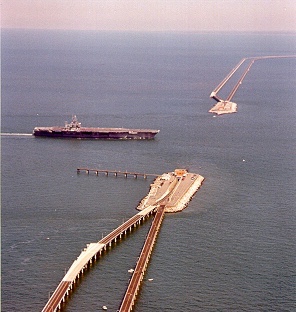 When we arrived at First Landing State Park they had two campsites left, so I did a quick drive by and picked #176, a little flatter than the other and not as shaded by the large oaks that dominate the park. It’s not the shade concerning me, it’s the fact that a storm’s coming through bringing a couple more inches of rain and winds of up to 30 mph. Less trees is better. We got set up and then walked down to the boardwalk bridge over the dunes and onto the expansive beach. The temperature hovered around 45 all day with a brisk wind that kept the chill factor high. But we are excited enough to jump in the air because PJ’s good friend Diana lives here in Virginia Beach and we’ll get to see her on Friday. 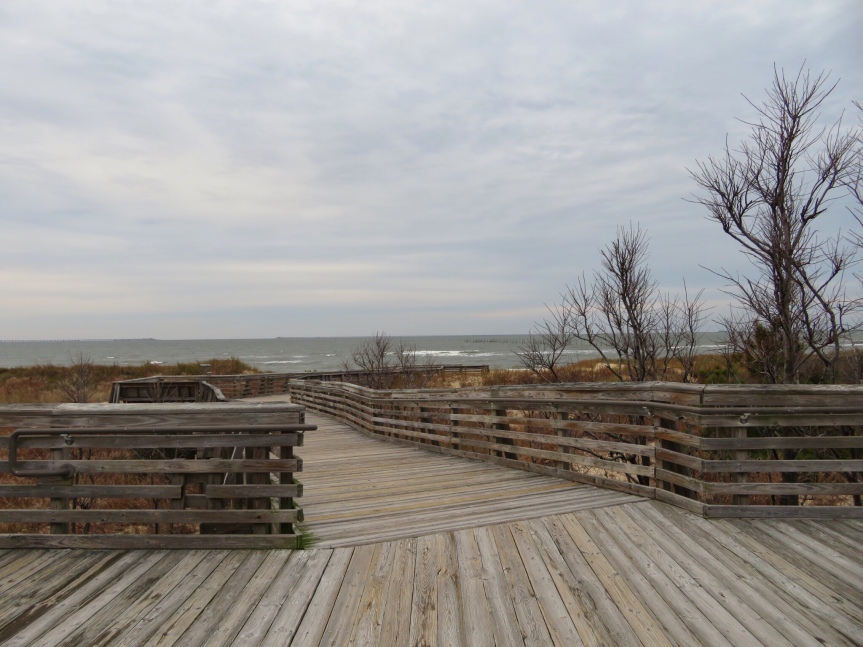 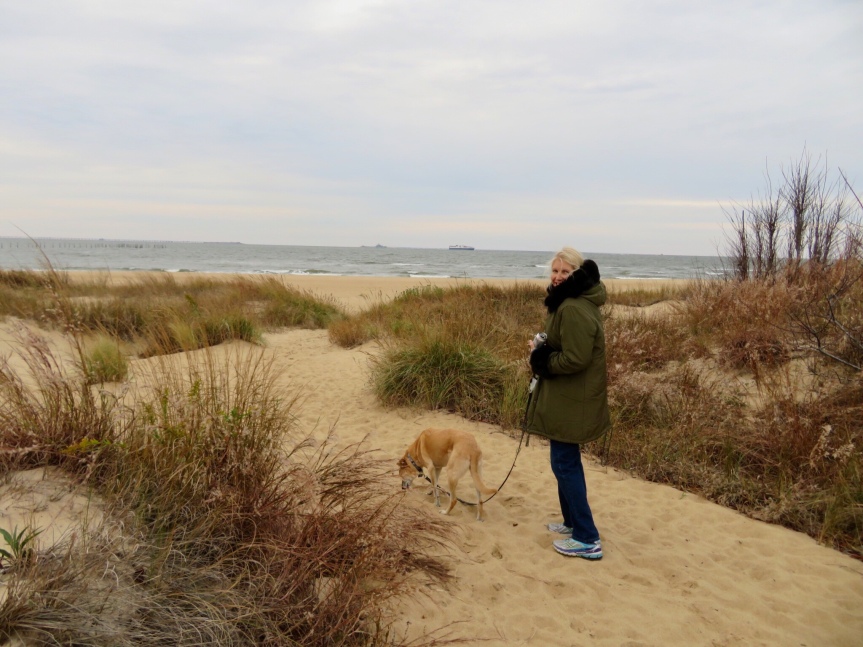 When the sun went down, we moved back inside and ate salads while watching the local news to get the latest information on the storm. Looks like tomorrow’s going to be a lazy day hunkering down trying to stay dry. By the time I was hitting the sack, the rain was already beginning to drum on our fiberglass roof making me sleepy. Better call it a night.