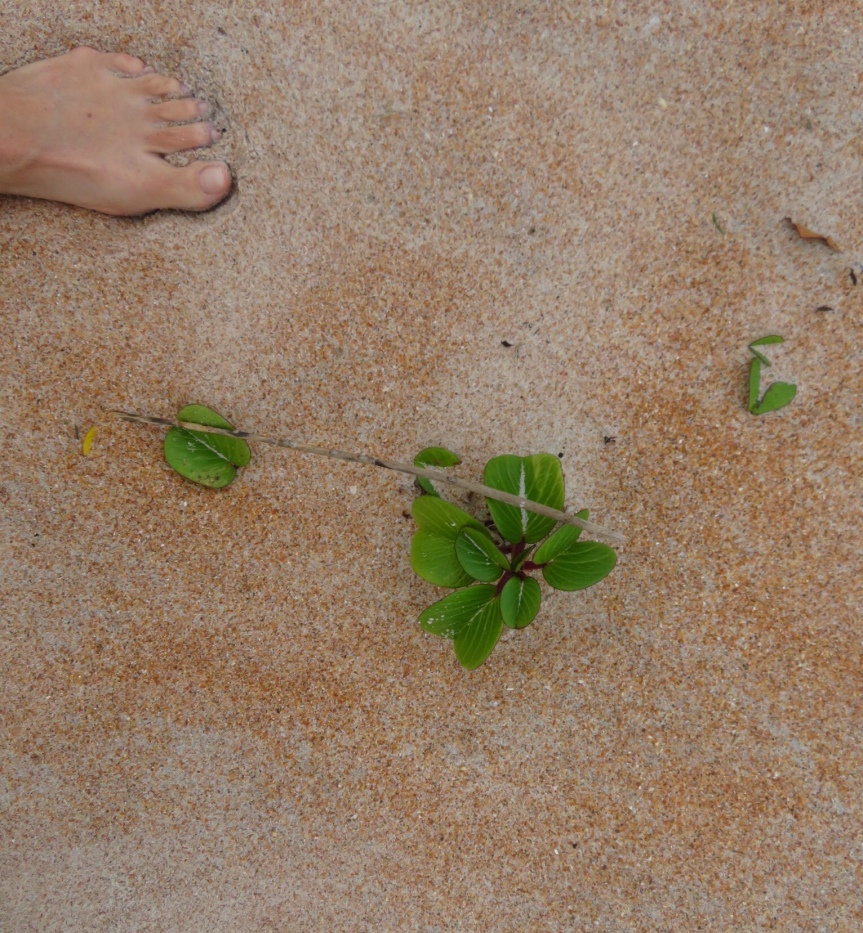 Yesterday, we closed up shop at Hanna Park and took our act back out on the road. It was an easy hour and a half down to Ormond Beach. We opted for a coastal route on the GPS and it took us down some narrow little back roads as we neared Flagler Beach. Gator country to be sure. I’d have kept an eye out for one but there was no shoulder and lots of trees and winding bends. We popped out on A1A and cruised along the shore checking out the small waves.

We knew from searching it out online that Coral Sands was going to be tight and, boy, did it live up to the hype. We squeezed in between two already established campers about an arms length apart. Tight, yes, but right on the sand! We ran out to the beach and jumped into the cool ocean. Maybe high sixties. But with the warm weather, it felt good and refreshing. I caught a few small waves on my kickboard then we took Cali on a long walk down the beach as the sun went down. As crowded as it is, everyone is respectful and it was peaceful sleeping. 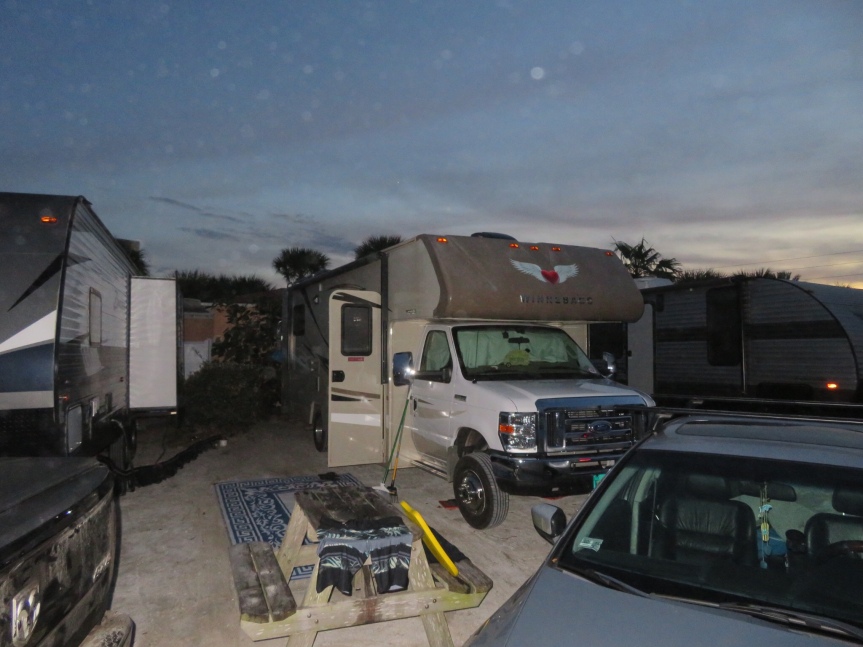 This morning, I pulled out the neglected surfboard and paddled out for a few miniature peelers. First time out since getting the new hip last February. I jumped up painlessly on the first tiny left and glided about 30 feet until it petered out. I could sit easily on the board and I picked off maybe 5 little waves and was actually able to get to my feet on most of them. After that little hip try out, I switched to the pool kick board and body surfed a bunch of the foot high slammers. PJ had come down by this time and took a few pictures of the beach activities. Highs today hit eighty and it was a fantastic day to play. 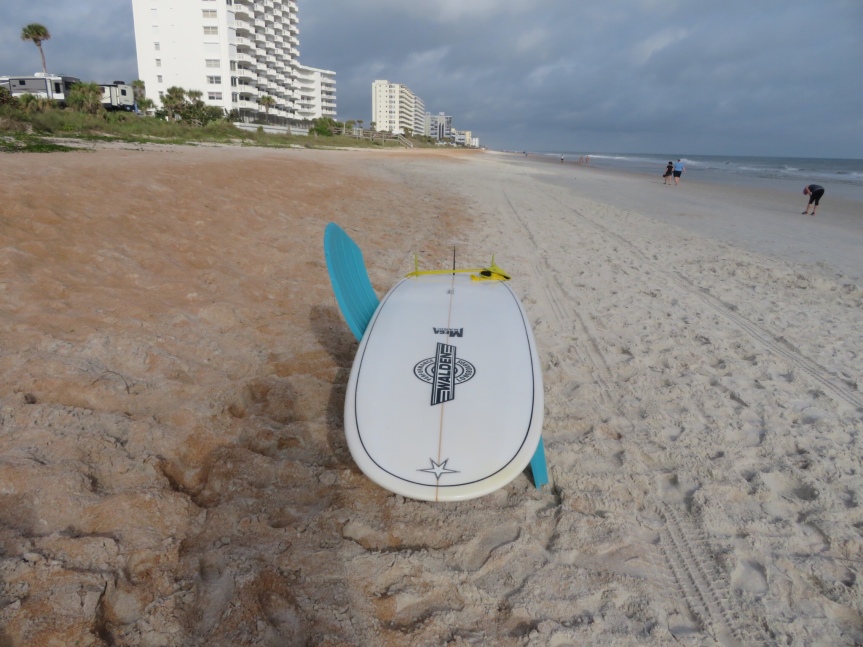 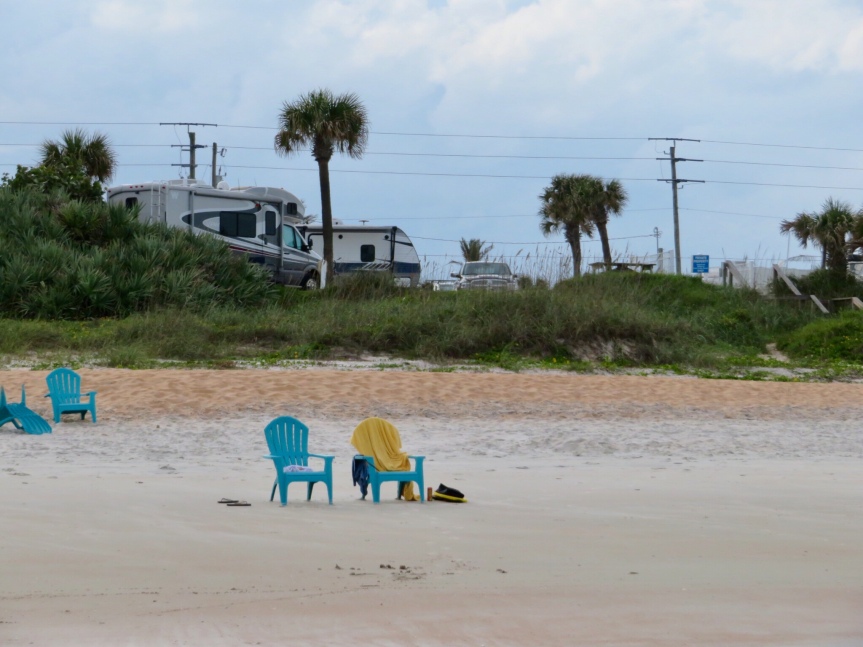 PJ went to Planet Fitness for a workout while I stayed behind at camp. I had a long call back to California then made a sandwich and took it out on the beach. The hotel part of the “resort” puts out plastic chairs every day so I pulled one up and sat back enjoying lunch and doing a few crosswords. Had to coat on the sunscreen to keep from frying. PJ returned in the afternoon and we suited up again and jumped in the water for some boogie boarding. This definitely feels like we are on vacation. 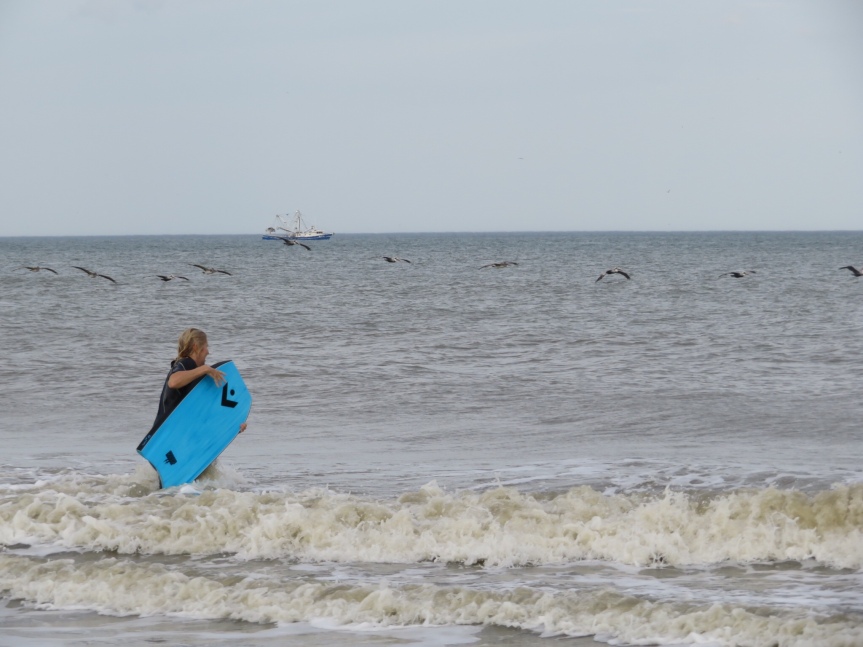 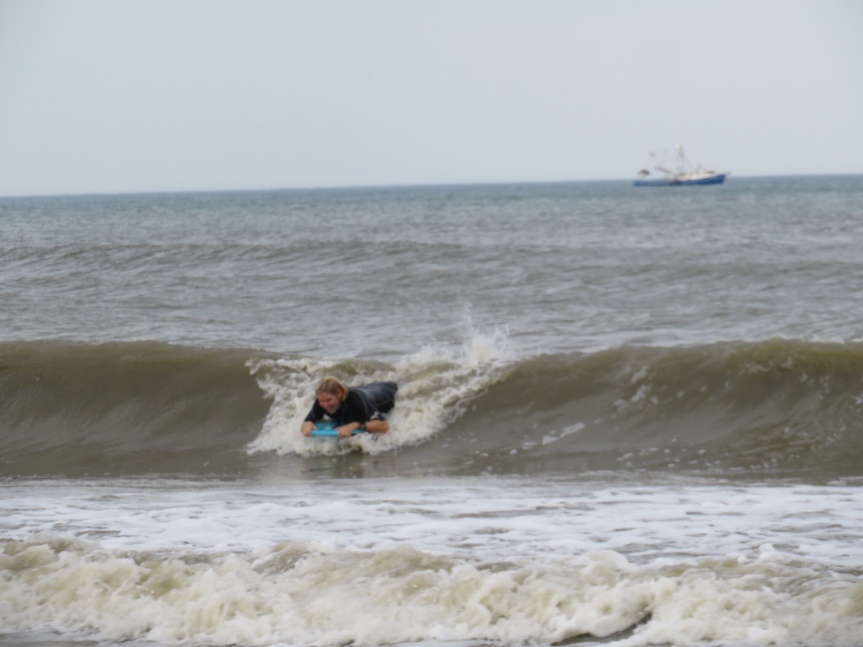 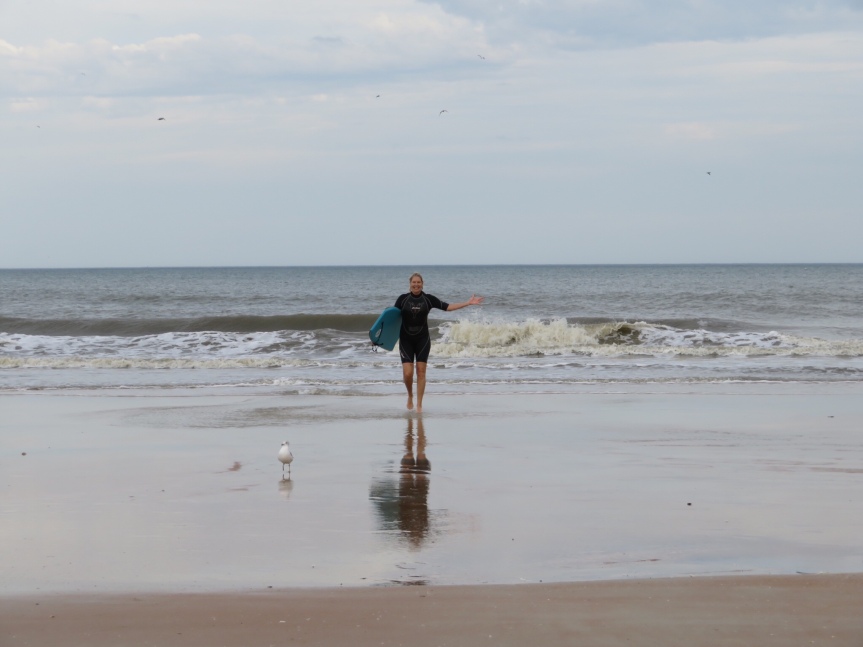 As evening approached, so did a burst of inclement weather. Some nasty clouds moved in and then a harsh wind blasted through the camp just before a few hours of hard rain. The rains continued throughout the night easing some in the later hours. This should be it on rain for at least the next week which is forecast for sunny and warm days.