There was a bit of wind this morning but it was looking to turn into a beautiful sunny day. We put together breakfast and coffee then took it out onto the beach to dine on the sand. The family with the new RV was out throwing a football as dolphins swam close to the shore in front of Coral Sands. Our next stop is a mere hour and a half down the road so we lingered right up to the noon check out time so as not to arrive too early. 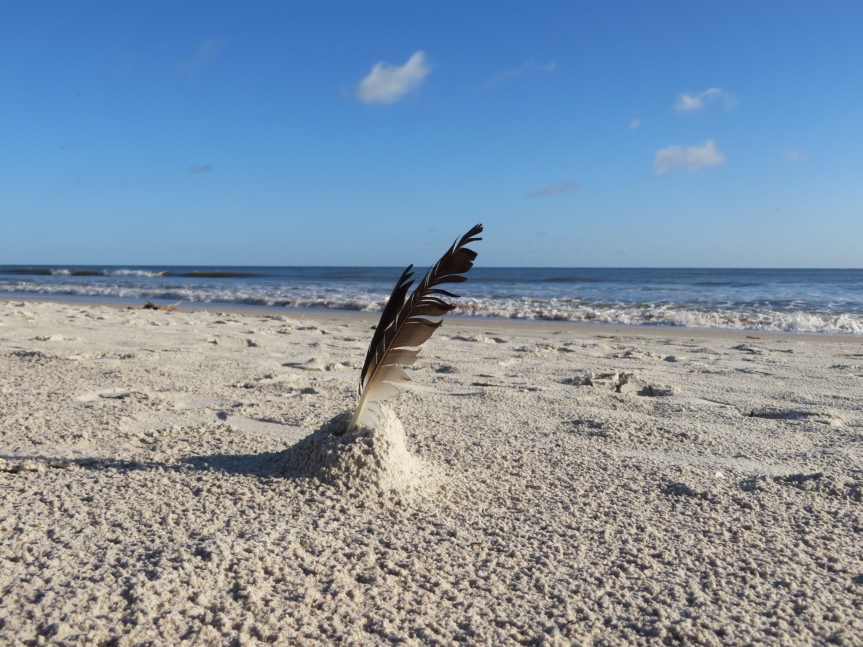 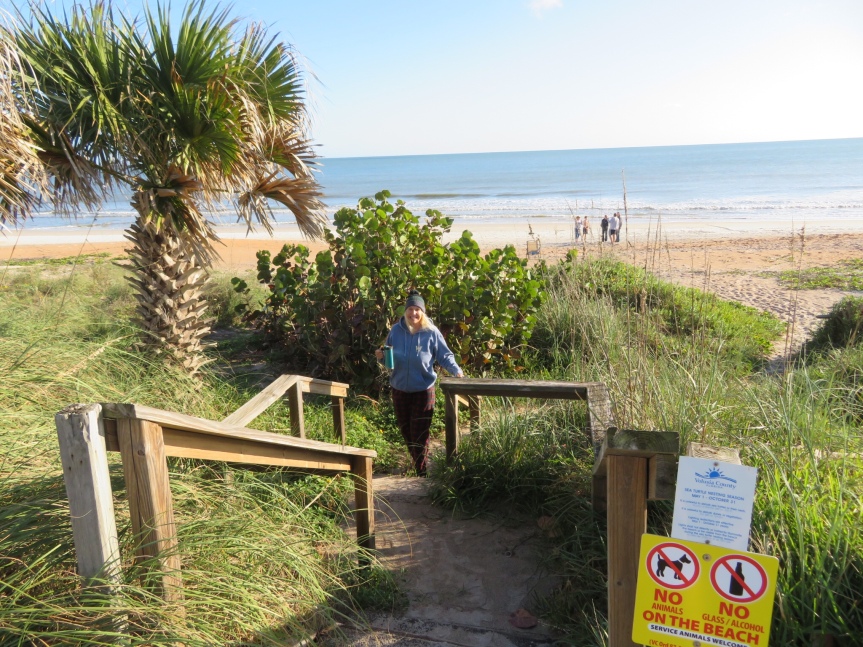 The drive was unremarkable with one quick break at a rest stop near the intersection leading to Orlando. We pulled into Port Canaveral around two o’clock and quickly got set up in the last open spot in the park. Wide open sites without clear delineation between each spot. People randomly wander through to make a short cut to the bathroom. At first I was a little sketched out but it seems everyone has a pretty mellow attitude. We set up then went off to explore on our bikes.

We rode over to the office and got our car passes then went along the jetty checking out the channel where the big ships pass into the port. We followed along the park area there until we came to the fishing pier that runs out to the end of the far jetty. We rode the bikes out getting off to walk them when things got too crowded. Fishermen lined both sides dropping their bait over the rails looking for the big catch. A mixture of tourists gawking and locals concentrated on their angling. We could see the beach area on the south side of the jetty with lots people enjoying the sunny afternoon. There is a bike path that winds around the inland portion of the park so we followed that as far as the gate then returned to site #232. 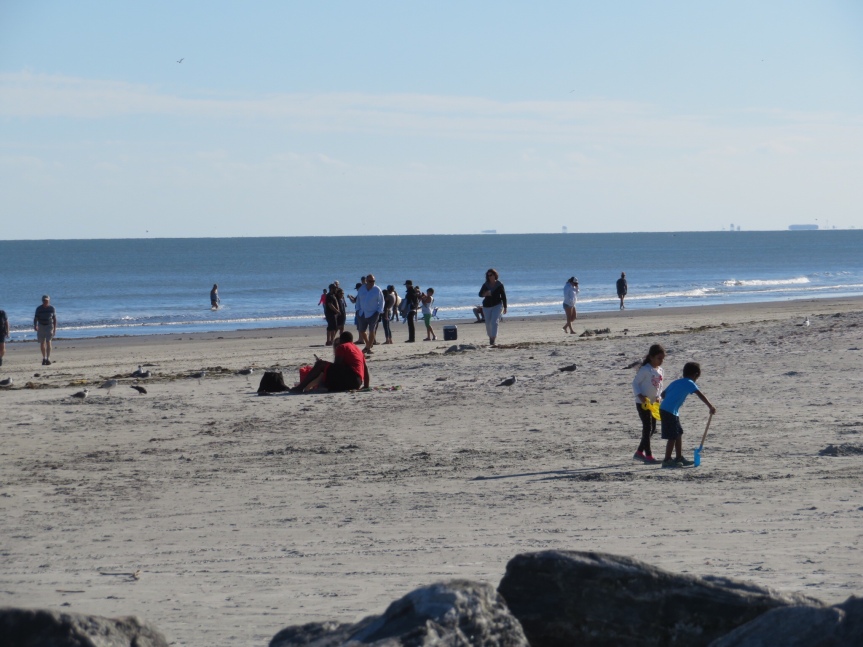 Late in the afternoon, we heard the sound of a ship’s horn coming from over in the port area and saw campers striding towards the jetty with their lawn chairs. We had heard that watching the cruise ships pull out was a thing to do at Port Canaveral so we grabbed our chairs and a cold drink and joined the fray. We sat along the jetty for a short time then soon enough a large cruise liner came floating by with all the passengers hooting and waving. PJ gave them a hoot and a wave back then we returned home and cooked up some veggie burgers and ate them out on the porch. Busy day on the move. 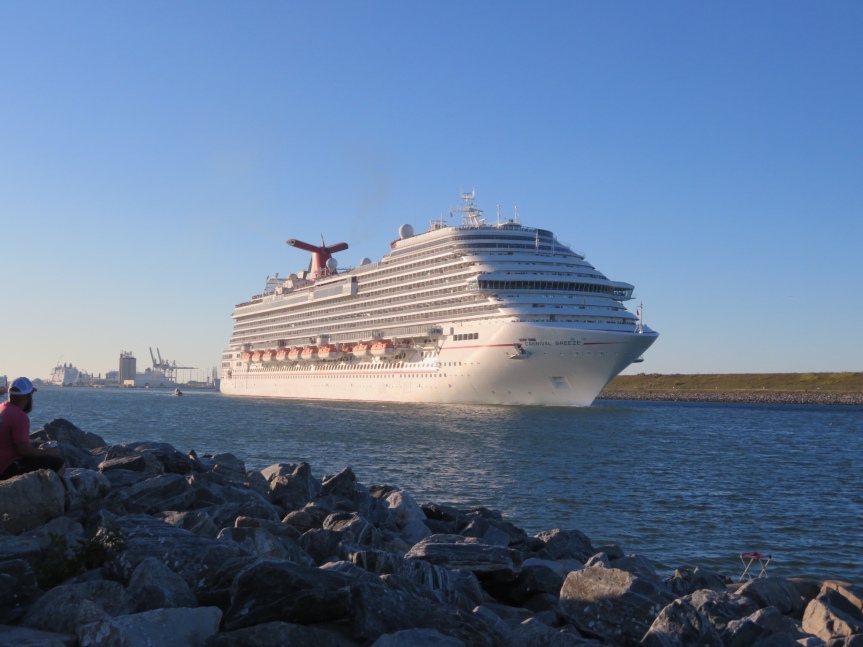