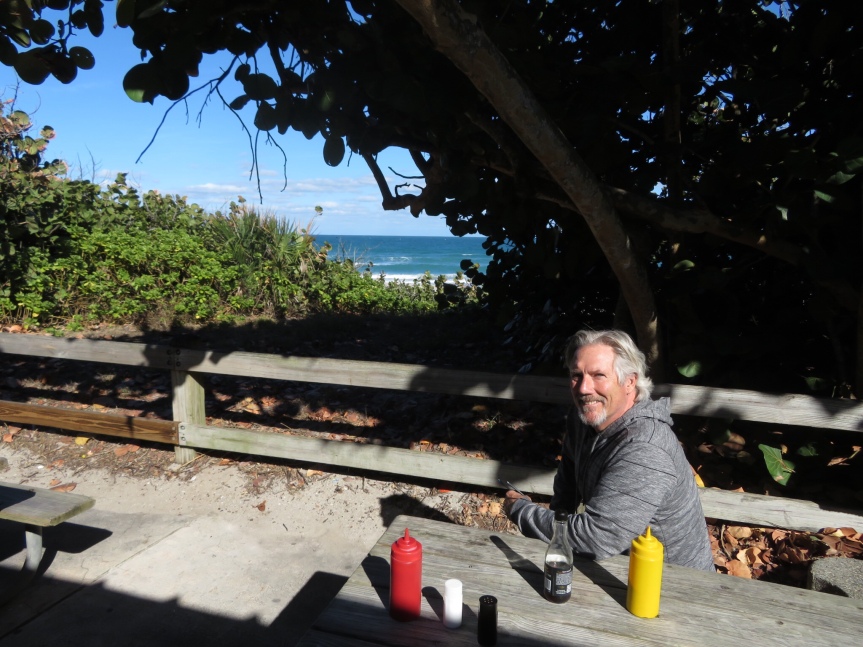 Another lazy morning loafing around camp. The weather has definitely taken a turn towards the cold side of the thermometer. A stiff wind is blowing off the river and the day started off in the forties. We rallied a bit of energy and decided to hit the ‘Just us pickles’ noon meeting in Melbourne. A short drive into the city and we found the room in the back end of an industrial park. There was about 20 people and we had a good discussion on faith.

On the way back to the beach, we stopped at a little shop selling sea shells and craft supplies so PJ could browse around and find a few items to incorporate in her next art project. Outside, I was smelling some food getting cooked up somewhere near and it got me wanting some snack bar style food for lunch. We made a brief stop at the surf shop then drove along the beach following the A1A. Among the beach parking on the east side of the road we spotted Billie’s Burger Shack so I pulled in and we ordered up some lunch. 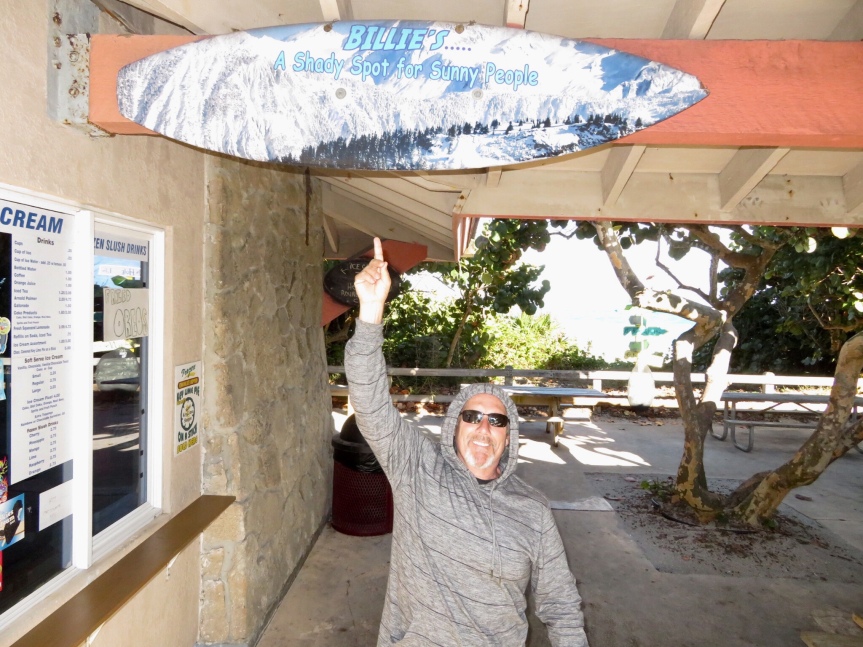 After lunch, we attempted to work off some of our fries by walking down the beach. PJ kept her nose to the sand hunting for the perfect sea shells while I paced back and forth on the hard packed area next to the water. A tourist from Alaska was doing his best to try to take a tan home with him as we came down the stairs. He soon got too frozen and moved up to the parking lot to sunbathe on the tarmac using his van for cover. We were beginning to chill a bit ourselves so we headed back to camp to release the hound. 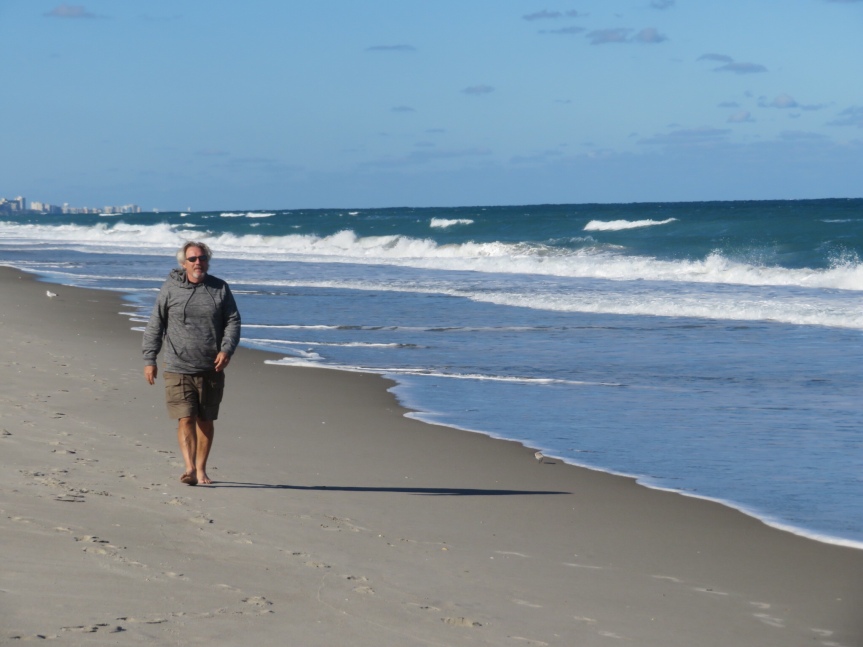 We took Cali for a spin around the compound. I dipped my toes in the pool to check the temperature. It didn’t feel too bad. Maybe a swim is on the agenda for the next few days. A bunch of oldies were exiting the recreation building where there had been an art class going on. One lady knocked over her bike and it did the full domino effect on a row of bicycles just like in a slapstick skit. There’s a pretty diverse group of snow birds here covering about every state of the union. We went back to the RV to escape the cold until sunset then ventured outside and braved the cold winds to watch the day wind down. The Canadians next door chatted over the hedge and we had a nice talk as the sun sank behind the far side of the river. A decent day here in central Florida, the algae smell even faded for most part. 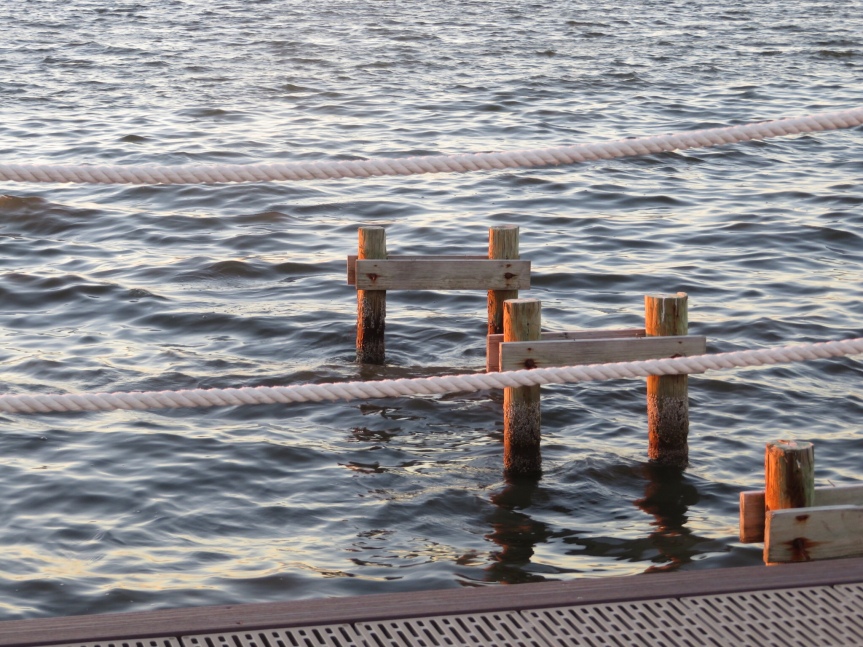 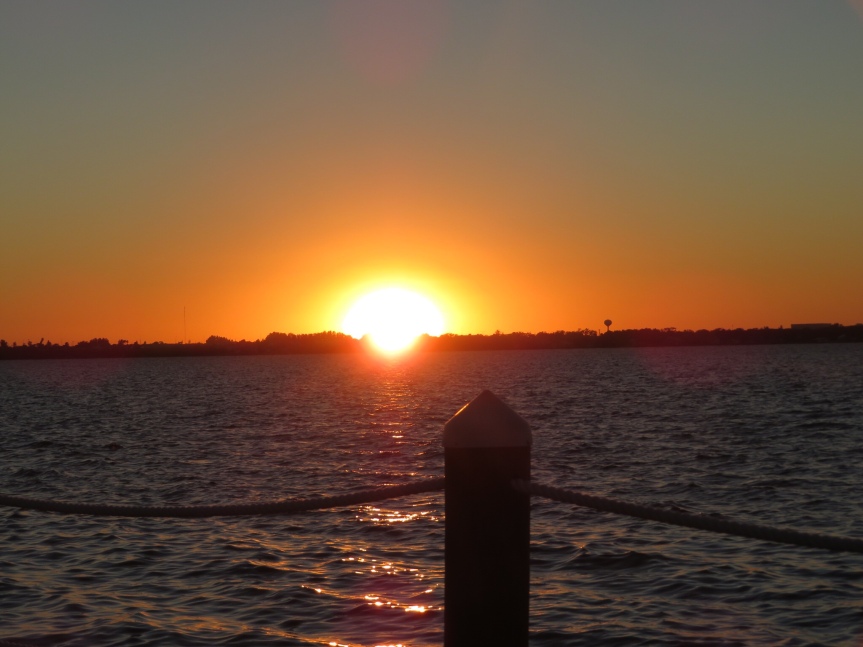 One thought on “Just Us Pickles”